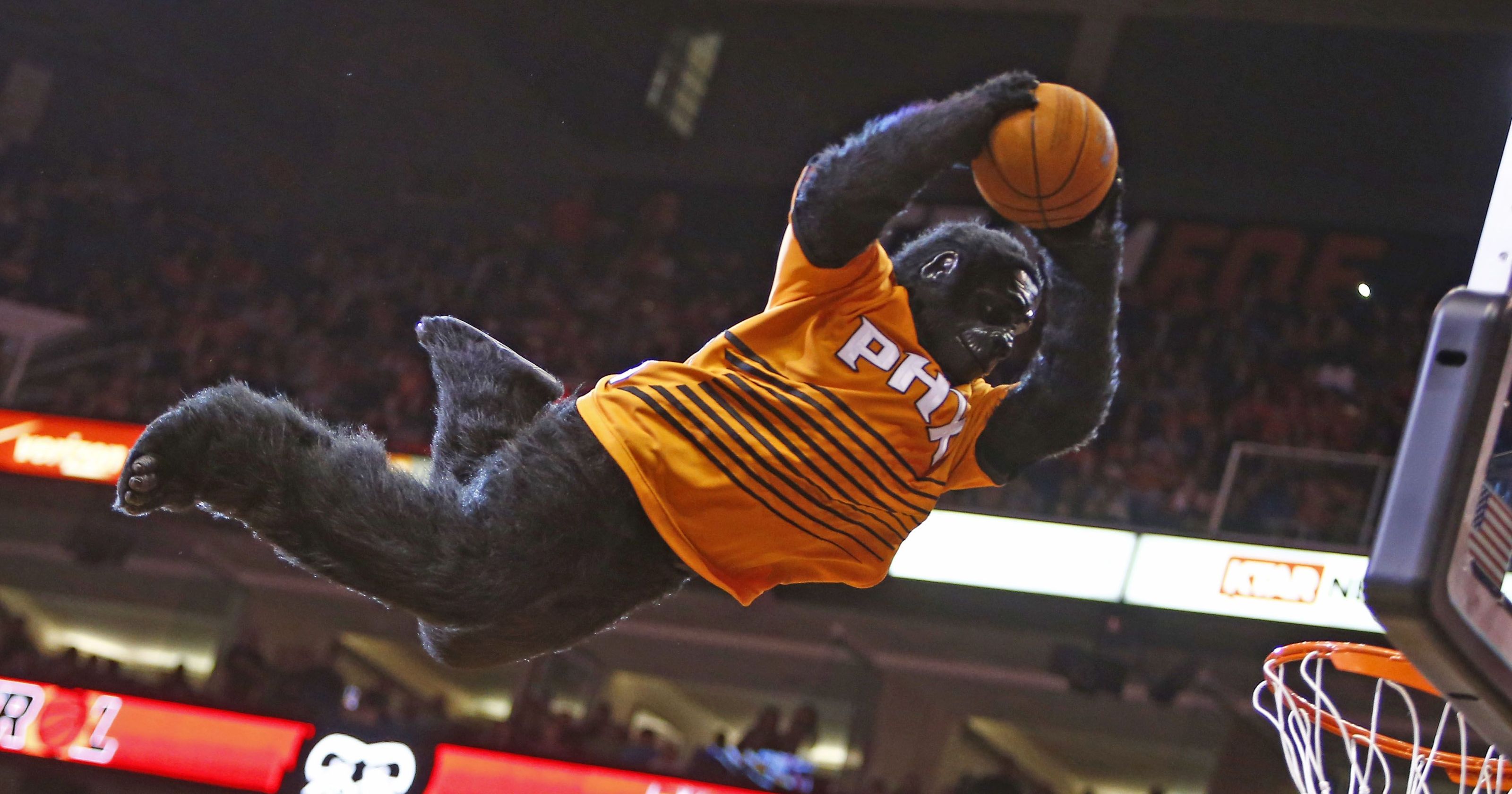 We all have certain sports teams that we love. There are certain coaches we’d stake our life on and certain players we’d follow to the ends of the earth. But where would our favorite teams, coaches, and players be without a great mascot? Well, realistically, probably in the same place, but the best mascots help us enjoy the sport even more.

Keep reading to see the top 15 best mascots in history.

This creepy critter is the official mascot of Southern Illinois. It creates an evil and intimidating version of the Saluki dog.

Salukis are one of the earliest dog breeds in existence, so maybe the team hoped that this long history would lead them to a long, successful history in sports.

Fred the Red is the current and official mascot of the biggest football club in England (Manchester United). Fred wears the No. 55 jersey and dances in front of the crowd before matches.

Fred first appeared during the FA cup final clash between Manchester United and Chelsea in 1994. In 2011, The mascot was voted the most popular mascot in match magazine. Fred is undoubtedly one of the best mascots in English Premiership.

The Leprechaun was named the official mascot of Notre Dame in 1965 and is known for cheering and interacting with the crowd.

Leprechaun cheering and interaction with the crowd is believed to bring magical powers and good luck to the team. The mascot is one of the reasons the team is also known as the Fighting Irish.

Mr. Met is not only one of the best mascots in baseball, but it’s also one of the oldest.

Mr. Met is the official mascot for major league baseball’s New York Mets. His costume entails a large baseball head. He was inducted into the mascots hall of fame. In April 2012, Forbes magazine named Mr. Met as the number one mascot in all of the sports.

Without a doubt, this is one of the best mascots because it’s one of the most entertaining mascots in sports. The official mascot of the Toronto Raptors has various videos of it doing stunts.

It is one of the best mascots in the history of Canadian basketball.

Billy the Marlin is the official mascot of the Miami Marlins baseball team. He was first introduced in 1993, and his outstanding sense of humor and great rapport with fans earned him a top spot with other great mascots.

Billy is popular enough that his presence isn’t just limited to sports. In 2005, Billy the Marlin made 450 appearances, and he earned an estimated $350 an hour in 2008. Billy was nominated for the Golden Silly String award and was featured in some other advertisements.

Benny the Bull has been the mascot of Chicago Bulls for over four and a half decades. He is one of the highest-tenured mascots in all professional sports. Thought tailless, the mascot has performed more slam dunks and tumbling than any other mascot. The new version of Benny the Bull was introduced in 2004.

His fame spread due to his amazing acrobatic flips, multiple dunking tricks, and interaction with the crowd. Benny’s stunts have earned him international recognition. The Bull makes an estimated 250 appearances per year.

Coyote made his debut in 1983. He is renowned for his slapstick pranks and amazing dance steps.

In 2007, he joined the Mascot Hall of Fame, and in 2014 he was named Best Mascot of the Year by fellow mascots.

Rocky is the official mascot of the Denver Nuggets.

This mascot also made appearances at schools and for other professional sports teams.  Rocky is known as a super mascot because of its daring acrobatic skills.

Wally the Green Monster is the official mascot of Boston Red Sox and is one of the best mascots in the MLB.  In spite of his spontaneous connection with kids, older fans did not seem to like him when he debuted in 1997.

The following decade was much more enjoyable for Wally as he had won the hearts of virtually all Boston red sox fans, largely due to the effort of Jerry Remy who televised stories about Wally.

They aren’t mascots as much as they are a promotion for a local Wisconsin sausage company, but we’re including them here anyway because the sausage race is easily one of the most fun traditions in baseball. After all, what’s more entertaining than watching five people in 7-foot foam sausage costumes run around a baseball field? Nothing.

The sausage races are held at all Brewers home games and feature a heated competition between Brett Wurst the Bratwurst, Stosh the Polish Sausage, Guido the Italian Sausage, Frankie Furter the Hot Dog and Cinco the Chorizo. And yes, all of them are dressed in accordance with a stereotype of their respective sausage’s ethnicity.

The Phillie Phanatic has to make the list of best mascots because he is the unquestioned leader of the genre of mascots that make you wonder what it’s supposed to be. Like the Syracuse Orange “Puffy Ball” or the Boston Red Sox “Faux Muppet,” the Phillie Phanatic isn’t really anything at all. He’s a strange, fur covered green monster with an extendable tongue.

And you know what? He’s great. We don’t know why. He just is. He’s made appearances on the Late Show and 30 Rock, and he was even the inspiration for the timeless Simpsons character, the Capital City Goofball.

If you haven’t seen Uga, look him up. He’s the man. Uga is the live English bulldog mascot that can be seen patrolling the sidelines University of Georgia football games, but there have been many incarnations.

Back in 1956, a man brought his bulldog to a home game, and the coach asked to make it the team mascot. Since then, there have been nine Ugas, all owned by the same family and each a descendant of the original! Uga V even tried to bite an Auburn player back in ’96 (YouTube that!).

If you’ve been lucky enough to encounter the Phoenix Suns Gorilla, you saw much more than just a man in a monkey suit. You saw a true performer. He does everything: comedy skits, running the stadium stairs to the Rocky theme and trampoline dunks before every 4th quarter.

He’s a true renaissance ape. Sure, a gorilla has next to nothing to do with the Suns, but he doesn’t let that complete lack of correlation hinder his performance. Go has been blowing minds in Phoenix since 1980, and is the only mascot in franchise history since their ill-fated attempt at putting a guy in a sunflower costume (true story).

If you need examples of just how amazing the chicken’s resume is, know that Barney and Friends once sued him for beating up a Barney lookalike, and in 1979 he recorded a cover of Rod Stewart’s “Da Ya Think I’m Sexy?” The Sporting News even named him one of the most powerful people in sports for the 20th century. Plain and simple, for a dude in a chicken suit, he’s amazing and is one of the best mascots ever.

There you have it. When it comes to grown men wearing ridiculous, oversized suits for your entertainment pleasure, it doesn’t get better than these on our lists of best mascots. To learn more fun facts about sports, read our next article about the worst NBA records.