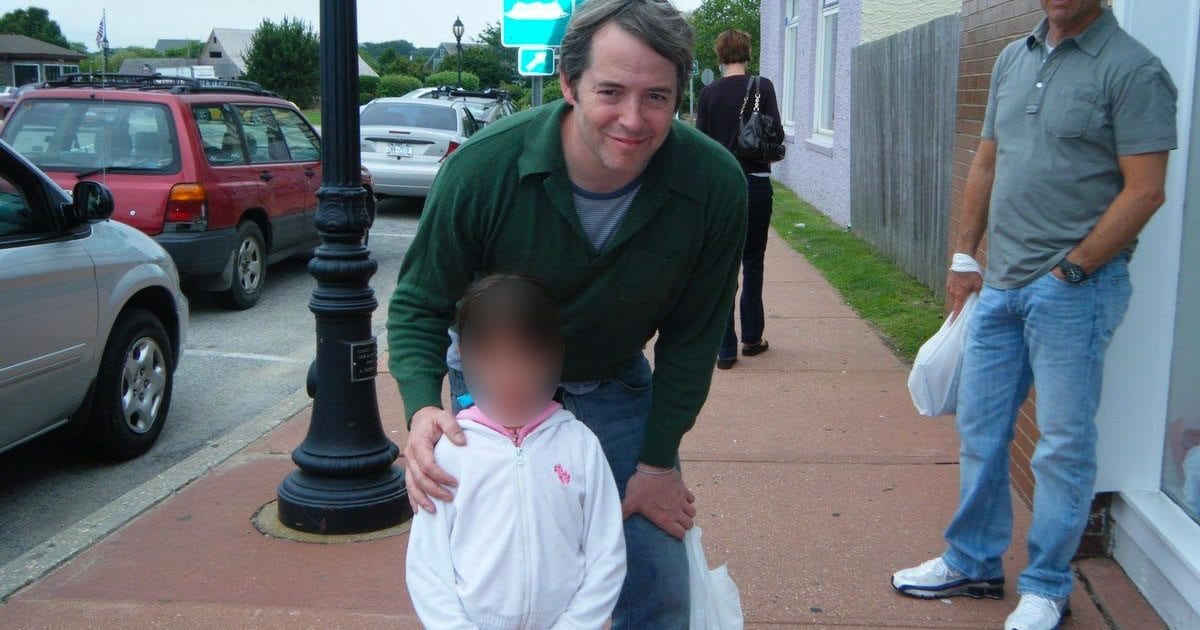 Alex Cabana was on holiday with his family when he ran into a celebrity. He’d run into none other than Matthew Broderick. He asked to take a photo along with his daughter. The photo quickly went viral once he posted it, but not for the reasons Alex expected.

For most of us, meeting a celebrity is a rare occasion. It’s understandable that you want to take a photo. When Alex bumped into Matthew Broderick he didn’t hesitate to ask the star for a photo. However, when he decided to post the photo online years later, he discovered that there was someone else in the photo too.

Alex and his family had gone to Montauk, just south of Long Island, to spend the weekend. These trips were fun for the family but this time, something went wrong. His daughter Nicole developed an ear-infection and Alex was determined to make it up to her.

Alex went to a local pharmacy to get something with which to treat the infection. The line at the pharmacy was quite long and he was rather impatient. He was in a bit of a hurry and anxious but then something happened.

While standing in line, Alex decided to start a conversation with the heavily dressed man in front of him. The man was even wearing sunglasses in the shop and the two of them started chatting about why they were there in Montauk. That’s when Alex realized the man seemed familiar.

The men kept chatting and laughing together. Alex finally got the medication he needed and headed outside. Something about the man seemed familiar to him so he decided to wait outside, that’s when he finally recognized him.

While he waited, Alex realized that the man he’d been chatting to was none other than Matthew Broderick himself. Broderick is an actor best known for films such as Ferris Bueller’s Day Off, Godzilla, and The Producers. When he came out, Alex approached him and the actor happily agreed to pose for a photo.

10 years after the photo op, a story on Twitter, posted by @HonoredSpirit would go viral. The thread appeared to be about Matthew Broderick and the photo Alex had taken. However, his photo had become famous for a completely different reason.

Alex had become somewhat of a legend amongst his friends and family due to the encounter outside the Montauk pharmacy. While it was a fun story to be “the guy who took a picture of Matthew Broderick with his daughter,” soon the photo would become famous due to someone else that appeared in the background.

10 years after he took the photo, another use posted the photo, not realizing how famous it would soon become. In only a few days it was shared more than 20,000 times and even had comments from the New York Times. One girl, however, remembers the incident fondly.

Nicole, now an adult, had no idea at the time who the man she posed with was. She has since become a fan of the actor. She remembers how excited her dad was about the man they had just met. She was surprised to be at the center of an internet sensation now, however.

On that fateful day back in 2009, Alex had snapped a picture of Matthew Broderick by pure chance. After agreeing, Alex’s dreams came true when he was granted the photograph. However, the internet had taken an interest in the photo 10 years later when something else caught their attention – a stranger standing in the background of the image. The line “Life moves pretty fast. If you don’t stop and look around once in a while, you could miss it” – so that’s what Alex did.

Who Is That Man?

Not A Total Stranger

Alex couldn’t quite put his finger on why the man lingering outside seemed so strange to him. He asked Broderick if he knew who he was, who replied that he was in fact his friend, with whom he’d spent the day exploring Montauk. Alex wondered to himself why their exploration had led them into the pharmacy but knew he only had one chance to get this photo of Broderick with his daughter and decided not to pry. But the friend was still in the way.

This “friend” of Broderick’s was keeping his distance just enough to not allow for a full, clear conversation with Alex. Eventually, he did seem to get the hint that Alex wanted him to reposition himself somewhere else. Yet, he wasn’t moving there, or asking where would be a good place – and he kept ruining the photo! Alex didn’t want to push his luck, but he was worried this once-in-a-lifetime chance was about to slip through his fingers due to one annoying shadow.