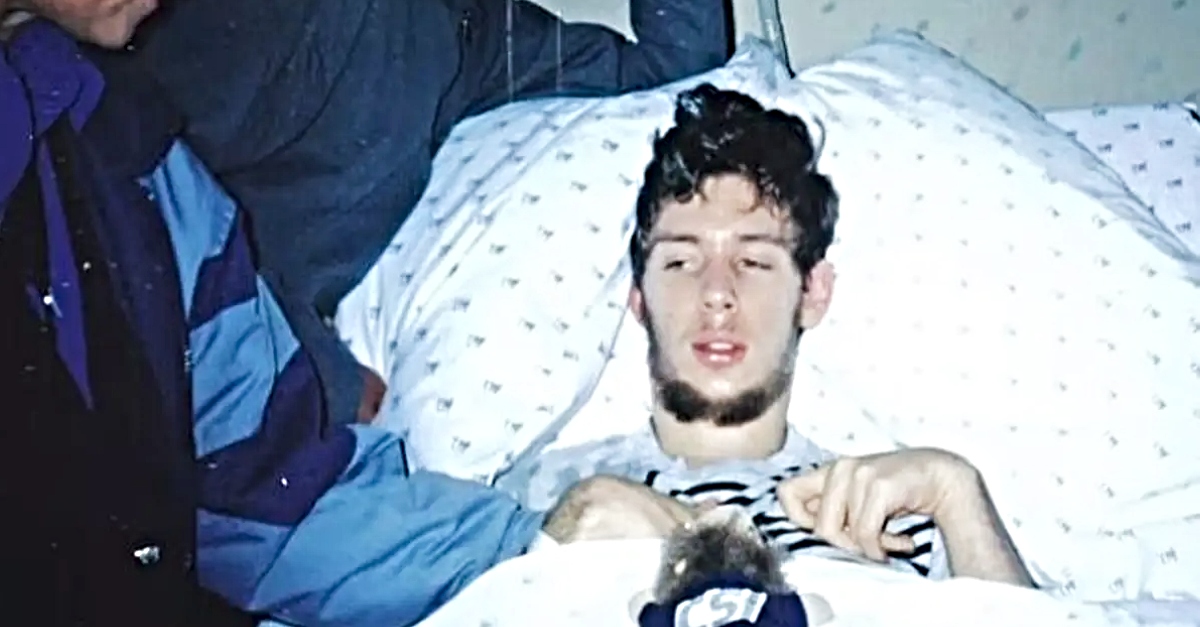 Luckily, very few people will have an experience like this in their lifetime. Oftentimes, being in a coma for months or even years is a subject of many movies, but this is not often seen in real life.

A few Redditors have shared their most incredible testimonies about being in a coma and waking up, and we’re all ears! These stories share what it felt like, what they heard, and even how their loved ones reacted! Let’s take a look at some of the best ones.

I was in a coma for four days. When I woke up, everyone talked about the baby boy I had. I had lost my long-term memory and didn’t even remember being pregnant. My son was at the children’s hospital in the NICU.

My husband said I was talking like a child. When I woke up, I felt super tired, but then the next few days, kinda restless. I remembered one conversation my mom had with a nurse while I was under.

A friend of mine was in a six-month coma after an accident. Afterward, he made sure to tell everyone around him to talk to people in a coma because they could hear.

But he noted that they should always tell the person in a coma what happened, where they are, and what’s happening to them. He said that his moments of lucidity were mixed with some truly horrifying dreams. He had trouble distinguishing between reality and dreams.

I spent eight days in a coma last year after a particularly traumatic surgery. My waking thoughts were wondering if I had made it or not. I couldn’t open my eyes. I was on a medical air mattress, so I felt like I was floating; this led me to think that I had passed away. I remember thinking that it wasn’t so bad and wondering if my dad would come to find me.

I learned later from my wife that she was there the whole time. While I was fighting against the doctors and nurses, I would immediately calm down and cooperate when she held my hand and sang to me. It still brings tears to my eyes to think of the love and devotion she has shown to me during this time.

When she woke up, she was still 25 mentally — as if everything was just on pause. Her body was really well-preserved. She’s really fun and cool now. Plus, she totally woke up to the internet.

I was in a coma for 11 days from a severe brain injury. I don’t remember being in a coma or waking up from a coma. I lost several years of memories prior to the coma, and my brain didn’t really start to ‘retain’ information again until about six weeks after I came out of the coma.

I’m told that my personality changed afterward. I had to rebuild most areas of my life. It was awful, but it was probably a good thing in the end.

This is really bizarre, but my uncle had an accident and went into a coma a few years back. He was in a coma for a few weeks until he woke up and had this crazy story. He said he saw himself in a bubble, floating around in a white place, and it was peaceful and beautiful. He said there were other bubbles around him, and they had other people in them. He distinctly remembered a black-haired woman singing in the bubble closest to his until one day when her bubble burst, and she disappeared.

There was a woman, one floor below him, in a coma who sadly had passed away before he woke up. You guessed it — black hair, age, body all correct. He had never met or seen this woman in his life. His whole idea of life changed after this.

I was in a coma for three days after a car accident where I hit my head. There really was nothing. It’s not even like sleeping because when you wake up from sleeping, you know you were asleep. It is like blinking. One second you are doing something, then the next, something totally different.

I have a vague memory of being on a table with a cute guy wiping my nose, which hurt really bad. I remember saying, ‘You are super cute,’ but that’s all. I believe that was before I went into a coma. I had a brain bruise, and it caused speech problems for about six months after.

My friend was in a coma about 10 years ago for roughly three weeks after a car accident. When he woke up, we visited him, and when I was alone with him, he told me it was like a lucid dream. The real world was gone, and he felt like he was in a world he could create himself for years.

He was serious, too — he talked on and on about how he had a little understanding that he was not in the real world anymore and that he thought he might be in heaven.

I was in a coma for four days from bacterial meningitis. When I woke up, I was completely deaf! I had to communicate with my parents and doctors with a notepad and pen. Some hearing gradually returned in my left ear, but my right ear is still 100% deaf.

My coma experience was definitely not like in the movies. I never expected to wake up deaf.

After being in a bad accident, the doctors put me into a chemically induced coma for under a week to prevent brain damage due to swelling. When I first woke up, my memory was ok, but it gradually faded in the days to come. I have a journal my mother recorded things.

If you have a friend in this situation, don’t disregard them. Even though your life has moved on, they may wake up one day, and in their mind, not a day has passed since the last conversation they had with you.

In And Out Of It

My girlfriend of six years and sort of fiancée was in a severe car crash when she was 16. She was in a coma for nine months and was in a waking coma. She retained regular periods of sleep and open-eyed wakefulness but no higher brain functions.

I was in a coma for close to six weeks. When I woke up, I had to learn everything again. I had most of my speaking abilities, but my motor control was horrid. I had to figure out how to move around and walk up and down the stairs again.

My mom was in an induced coma for three months. She thought the hospital was trying to harm her when she woke up. She tried to get out of bed, and she fell to the floor because she couldn’t walk. She mainly was freaked about how her feet had lost their form.

They were humped over from not being used. Every muscle, she had to learn again. She couldn’t talk well or write at all. She has different handwriting after re-learning. She said she hated how perfect her hands looked. Her nails were perfect and clean from not being used. I remember trying to brush her hair after she woke up, and almost all of it fell out.

I was out for 45 days. I didn’t see any white light or tunnel, nothing. I woke up and couldn’t remember who I was. I never really fully recovered for six months, so I just started life again. It turns out that I’m a completely different person than I was, which is a really good thing.

I get memories now and then — they aren’t pleasant. A woman came and sat by my bed for six weeks. It turns out she was my ex-lover. I couldn’t remember her. I also didn’t even recognize my mother.