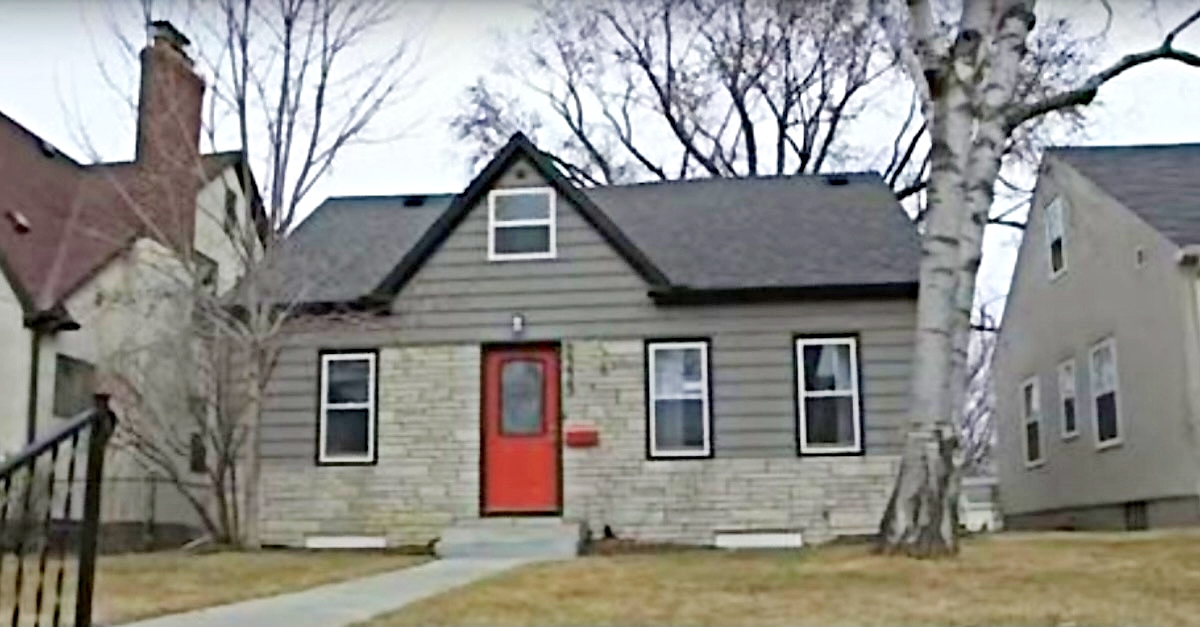 Buying a home is one of the most significant financial investments for many people.   Additionally, it is a very ambitious dream.

This couple was ecstatic to move into their brand new home and begin the next phase of their lives. They were under the impression that this would be the house that they would grow old in. However, the Minneapolis couple discovered that purchasing their dream property was becoming a disaster.

Not A Good Time

However, this was not a happy period for the pair. Shortly after moving into their new home, they realized that it was far from being their dream home. John Kozlik and his wife bought a beautiful property located in the Lake Nokomis area. Friends had raved about the area for a very long, and they knew they had made the right decision.

However, only a few days after moving in, they were engulfed in chaos.

In order to afford the house of their dreams, the couple spent years saving. They did not go on extravagant holidays and only bought reasonably priced items so that they could purchase a home. They even paid much more than the asking price just to ensure that the house would be theirs. It was a bargain regardless, given the size of the property.

Despite the home’s beautiful shell, their dream was a total disappointment on the inside. Everything was totally different from what they expected.

The couple intended to start a family together in their new home. It was perfect for expanding their family, and they both felt like it was the right time to take such a big step.

They quickly recognized that it was no longer an option. All of their hopes and dreams were shattered within seconds, and they had to acknowledge that sometimes life does not go according to plan.

The first indication that there was something wrong with the house was when a light summer rain caused their basement to flood. The windows were not sealed properly, and that is what caused the damage.

It became obvious to John and his wife that they would be in big trouble when they had to remove a portion of the drywall to repair the damage.

The couple got in contact with a repairman so that he could fix the damage; however, they could barely afford him as they spent most of their savings on the house. They brushed off this incident, they knew that purchasing a home came with many responsibilities.

The repairman, however, explained to them that the situation was much worse than they had anticipated and that the worst was yet to come.

The couple decided to approach a specialized crew to inspect their property and evaluate its condition. They knocked down the walls and inspected the floors, there was not a corner of the house that was left unturned.

The couple comprehended why the house was so cheap after hearing the renovation crew’s assessment. From the outside, the house looked like it was in perfect condition. How did it manage to conceal something so massive?

There were cracked cinderblocks, roots growing in the walls, and black mold behind the walls of their new home. The couple was heartbroken when they heard what state their dream home was in.

Their options were being re-examined, and it was time to work together to find a solution. Nonetheless, the situation did not look good.

The couple was on the verge of losing everything they had worked so hard for. A huge loss had occurred to their investment overnight, and their finances were on the verge of collapse. They spent a large chunk of money on the initial renovations of the basement as well as the crew’s assessment.

Their future was in jeopardy, and they had no idea how to get out of it.

What started out to be excitement quickly turned into sadness and frustration. The things they loved about the house, like the beautiful modern finishings,  were all cover-ups of what was truly going on in the house.

They couldn’t believe what they were hearing. They had fallen prey to a massive con. The property was nothing like it had been described.

When John attempted to contact the individuals from whom he had bought the house, he discovered a disturbing detail about the seller.

He discovered that the couple he thought had lived in the house and done the modifications themselves were not who they claimed to be and that the whole thing was a sham.

The people who sold the house to them were part of the company that handled the transaction, called “Ace of Spaces,” which was created to handle the home’s sale and dissolved a few days after the deal was completed.

John also realized that none of the work done on the home had been properly permitted if that could be called work.

After rain damage occurred in the basement, the full extent of the house’s shoddy workmanship and deception to cover it up came to light in the end.

The entire home was greatly affected just by one quick burst of rain. And when they went deeper into the inspection of the house, they realized that the building was almost ruined and unsalvageable.

Asking Help from the Law

The couple later found out that one of the key members of “Ace of Spaces” was a man named Joe Werb, who had trouble with the law before for his role in another scam involving cell phone sales.

As a final resort, John and his partner were trying to salvage some of the money they had invested in the home.

“Double check everything!” John’s advice was to every future homeowner, so they don’t go through the same experience. Sometimes things are so well hidden that they can easily fool an untrained eye.

In this day and age, people need to hire a professional to properly assess their future home and its problems before it’s too late.