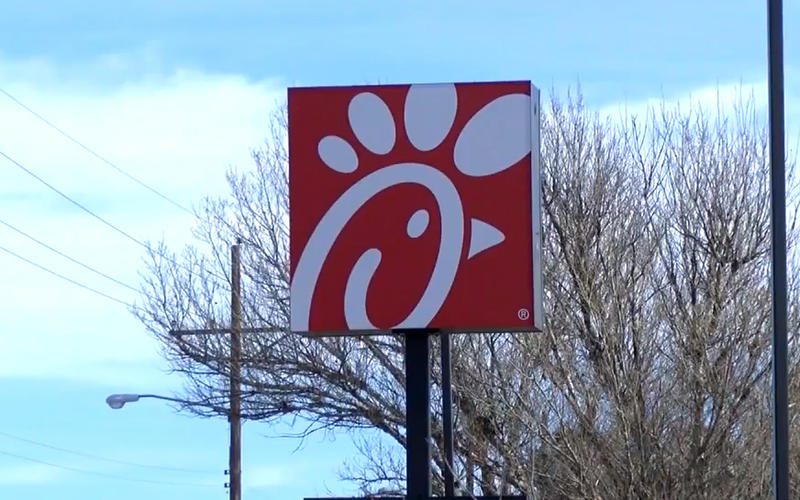 Out Of The Blue

She took the item from the messenger and carried it into the house. She slid the lid open cautiously and peered inside. She discovered something inside that wasn’t supposed to be there.

She could not believe her eyes! She needed answers and she needed it now. Who better to ask than social media? She wanted the entire world to know about the fast-food restaurant and what they had done to her.

A Series Of Unfortunate Events

Teacher Lindsey Jones was born and raised in Lorena, Texas, and decided to take her family on a road trip to New Mexico.

But she’d only realize her mistake on the trip back. What happened to her would be posted to Facebook and have people buzzing around the controversy it stirred up.

She spent a relaxing week in New Mexico, but she didn’t feel rested at all. She had a seven-hour drive back to Lorena ahead of her and she was feeling nervous.

She always dreaded the drive back to all of her responsibilities at home, it was like the drive took twice the amount of time. She knew she’d have to immediately throw herself into her work, organizing class plans for the following Monday.

Her kids were started to become a handful after only 3 hours on the road. She kept having to repeat things like, “you just went to the bathroom”, or “don’t hit each other!”.

Lindsey just wanted to concentrate on the 4-hour drive ahead of her. She tried to listen to the sounds of the car instead of the incessant whining in the back.

She was tired and grumpy. She was close to tears when her youngest son started throwing a tantrum, being in a car seat for 3 hours.

He kept kicking the driver’s seat, then Lindsey sighed as she saw a neon sign on the side of the road ahead, she was saved.

It was a Chick-Fil-A. She parked the car and got her children out to stretch their legs.

The family walked into the restaurant, she felt that the stop was a necessity with how her children were – ticking time bombs. But she just wished she wasn’t so tired, then she would have spotted the mistake with their order.

She at least thought that her children would be content for a few hours at least. The sugar crashes would be another thing to deal with but at least it would be at home. But she had no idea what mistake had been made as she walked out the door.

Finally, Lindsey was back in her town, she was only a 15-minute drive from her home when she noticed her gas light turn on. She felt a bad instinct as she slowly pulled the car over.

She looked over at the passenger seat and confirmed what she had feared. The end of the vacation was turning out to be quite the opposite of relaxing.

When she realized that she had left her bag at the restaurant in Lubbock, about 360 miles back, she yelled in dismay. All her bank cards, ID, cash, medication – they were all in her handbag.

And how would she fill up with gas? Panic and anxiety began to rise and her heart leaped into her throat. What else could possibly go wrong?

With no cash on her, wailing children, and nerves wearing dangerously thin, she contemplated what to do next. She didn’t have the strength to travel back the 300 miles — and now she didn’t have the gas, either.

She made a mental list of what was in her handbag when she had stopped at the restaurant. Then came the realization that made her blood run cold.

She had left her keys to her classroom inside the handbag. How was she going to open up on Monday? And to make matters worse, it was the first day of the new term.

She felt like a failure as she put her head in her hands. She felt like she was indeed failing at life. Then, she remembered something…

It was a glimmer of hope, but it was there nonetheless. She remembered handing her cellphone to her youngest to keep him occupied with a game of Candy Crush at some point during their trip.

She racked her travel-addled brain and triumphantly seized the memory. Leaning back in the driver’s seat, she rummaged around on the floor of the car.

Panicked and frantic, Lindsey searched the glove compartment and pockets until she found it. Thankfully, she had taken it out of her handbag before they had stopped!

She Google searched until she found the number, then dialed the Chick-Fil-A in Lubbock to see if they had found her bag. But what were the chances that someone had picked it up?

“I was working drive-thru and heard the phone ring, and she was kind of frantic saying she was like three hours away and she left her purse here,” said Darcey Cuellar, director of hospitality.

He empathized with Lindsey’s situation but knew it would be difficult to get her purse back to her before she returned to work on Monday.

With the call made and resigning herself to the fact that there wasn’t much she could do, Lindsey hoped that the gas station accepted Snapscan. At least then she could fill up and pay via her cellphone.

Then, she’d make the long trip all the way back to Lubbock to retrieve her handbag. She couldn’t believe her luck. Then, a little voice inside her told her to try again.

Lindsey called again and asked to speak with the director of operations. And this is when things took an unexpected turn.

Lindsey begins her sensational Facebook post with: “As my family and I traveled back to Lorena from Taos, NM, we stopped at this Chick-fil-a restaurant to grab lunch. Approximately THREE hours later when we stopped for gas in Abilene, I realized I must have left my purse back in Lubbock at Chick-fil-a…”

Speaking To The Manager

Lindsey continues: “I called and spoke to a very nice woman named Darcy who assured me that they had my purse and would ship it to me right away…”

“After thinking about all the very important things in my purse that I would need ASAP, I called back and spoke to a manager named Casey.”

“He was incredibly helpful and understanding. He took my purse to FedEx and had it shipped to me “Priority Overnight”.

With it being a Saturday delivery, and being that I carry a pretty large handbag that weighed 7 lbs, you can imagine it was NOT a cheap shipment!” But Lindsay’s surprises were far from over.

“When I called to give him a FedEx account number to use to pay for it, he told me not to worry about it because it was already taken care of!”

“I was blown away by the kindness and generosity shown to me by the staff at Chick-fil-a on 4th & Frankford in Lubbock.” But when Lindsey received the parcel, it was much heavier than expected.

Lindsey was relieved to find her bag inside the box and immediately searched through it to make sure all her belongings were intact.

She was floored to find that the cash and her cards were all still there. But there were some other items inside the box that weren’t meant to be there.

“I woke up this morning to a knock on the door from the FedEx guy with a big box containing not only my purse, but 6 coupons/gift cards for free food at Chick-fil-a, and a couple of plush cows saying “EAT MOR CHIKIN,” she wrote.

Lindsey’s post continued: “I cannot thank them enough for everything they did to help me get my purse back as quickly as possible! This situation completely restored my faith in humanity!”

And soon, Lindsey’s Facebook had exploded with likes and comments. People couldn’t believe that the restaurant chain had gone above and beyond to help one of their customers.

Linsey concluded with: “Not only was my purse found by good, honest people, but they also went above and beyond to help fix a problem that was 1000% my fault, to begin with!”

It was an amazing P.R. move on the company’s part, and soon the chain was receiving praise from all over the world. “That is awesome! One more reason to love Chick-fil-a more” wrote one Facebook user.

But Kovar, the director of the branch, brushed off the praise, saying: “Just by sharing a smile. That’s where it starts. If you can share a smile with someone, it can really uplift their day.