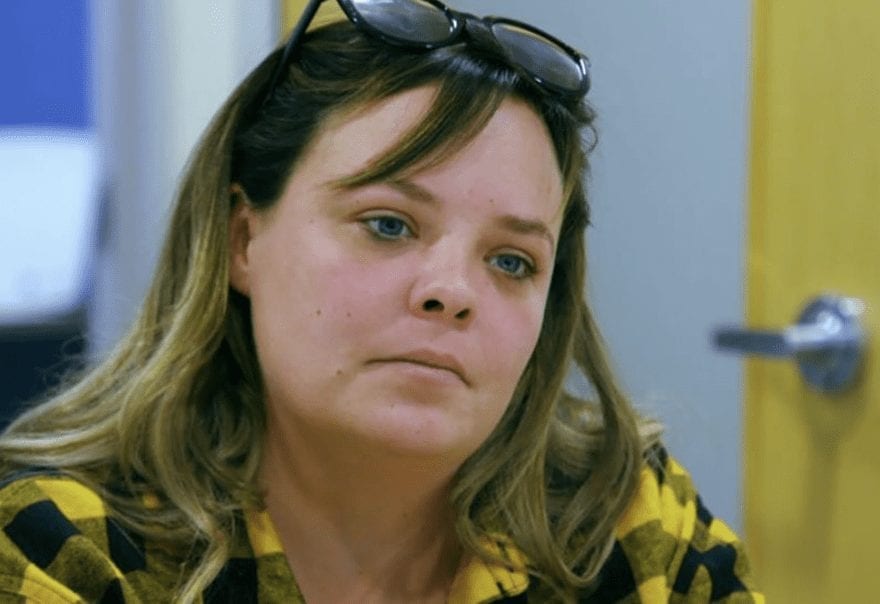 There are always tons of rumors surrounding Teen Mom OG star Catelynn Lowell and her husband, Tyler Baltierra. These rumors tend to always circulate around a few common topics.

One of the biggest of these is pregnancy/speculation that Cate is pregnant. Another common topic is relationship issues between Catelynn and her husband, Tyler Baltierra.

While these have almost always panned out to be false in the past, a new story has popped up regarding their youngest daughter, Vaeda. Specifically, Cate has made a big reveal about their daughter. What is it?

Before delving into exactly what Cate had to say to us, let’s first review some things that have been going on in Cate’s life recently. Specifically, she recently had some rumors regarding her being pregnant. These started with what was referred to by some publications including OK Magazine as a “baby bombshell.” The news came from Cate taking to her social media to share the following: “Why is it that when babies get to be around 1 year old that you wanna have another?”

So was she actually pregnant?

At the time, the rumor panned out not to be true. Of course, more rumors continued to pop up regarding Cate and Tyler having a third baby. Each time, though, Cate confirmed that at this point the rumors were nothing more than tabloid fodder and that she definitely was not currently pregnant.

Even though she’s not currently pregnant, Catelynn and Tyler have not been shy about the fact that they do plan to make one more addition to their family before being done having kids.

Aside from rumors about being pregnant, Catelynn and Tyler are also frequently the subject of rumors regarding relationship problems. While the pair did separate for a short period after Cate got pregnant with their last child, they ended up getting back together.

On this currently airing season of Teen Mom OG, fans even saw them renew their vows. This was on a trip to Hawaii and Cate planned the special vow renewal as a surprise to Tyler.r While they clearly seem more in love than ever, that still hasn’t stopped rumors from continuing to arise that there could be trouble in paradise. In fact, a recent rumor tried to claim that Tyler was cheating on Cate.

While Cate and Tyler couldn’t possibly respond to every rumor that arises on the internet, Cate did address the recent cheating rumors. In an exclusive interview with US Magazine, Cate opened up about the rumors that Tyler was cheating on her.

She dished that, “Tyler and I are together all day every day! For people to think that he cheats is ridiculous and you obviously don’t know his character because he would never be able to cheat and not tell me. It would drive him insane.” Cate had more to add, though.

Specifically, the latest bout of rumors surrounded people claiming that Tyler was cheating on her with followers form his Instagram. Cate directly addressed this, detailing that, “Obviously this isn’t the first time cheating rumors have popped up but now it’s gone to the level of being with his Instagram followers? Please!”

Cleary, there was nothing to these ridiculous rumors and we were glad to see Cate address them.

Aside form Cate dealing with rumors regarding her being pregnant and having relationship problems, Cate did experience a family tragedy last month. Three weeks ago, she shared a picture of her daughter and her father outside a window with the caption, ”

This is the sad truth of what’s going on in our country…. having to see my 88 year old great grandma and Novas great great grandma through her window…. I understand it’s keeping them safe but I really wish to hug her one last time before she passes… 😭😩.”

Then, on March 24th, Cate shared that her family had experienced a death. “My Nanna passed away just a few days ago,” she shared with the above picture.

“I know she is FREE now and that makes me smile ❤️ wish our last visit could of been different… we had the same birthday and she just turned 88.. fly high Nanna and watch over all of us….”

Sad news aside, Cate recently had some news to share regarding her daughter, Vaeda Luma. Vaeda recently turned one year old, and Cate shared the above photo with, “Happy 1st birthday to our silly, lovely, cuddle bug Vaeda beta butt!!! I cannot believe you are already a year old 😳😩 you have brought soooo much joy to this family!! I love you with all my heart!!!!!!”

However, when speaking to In Touch Weekly recently, Cate shared the truth above Veada. What did she say?

Cate opened up to In Touch to share some “unfair” news about Veada- specifically, that she is a Daddy’s girl. “Let’s just say that she says ‘dad’ all of the time,” Cate shared with the publication.

“She’s very chill,” Cate went on, talking about her youngest daughter. “She’s like me a lot in that aspect. She’s a Pisces like her mama, so she’s very like chill and easygoing.”

Cate also talked about some milestones Vaeda has accomplished, noting, ” “She’s got two bottom teeth and she has four coming in on top right now.”

It will be interesting to see how baby Vaeda continues to develop and if she becomes less of a daddy’s girl or not.

For now, we all enjoy looking at the cute photos of her Cate and Tyler both share and will continue watching their journey play out on Teen Mom OG as it airs each Tuesday at 8 PM EST on MTV.