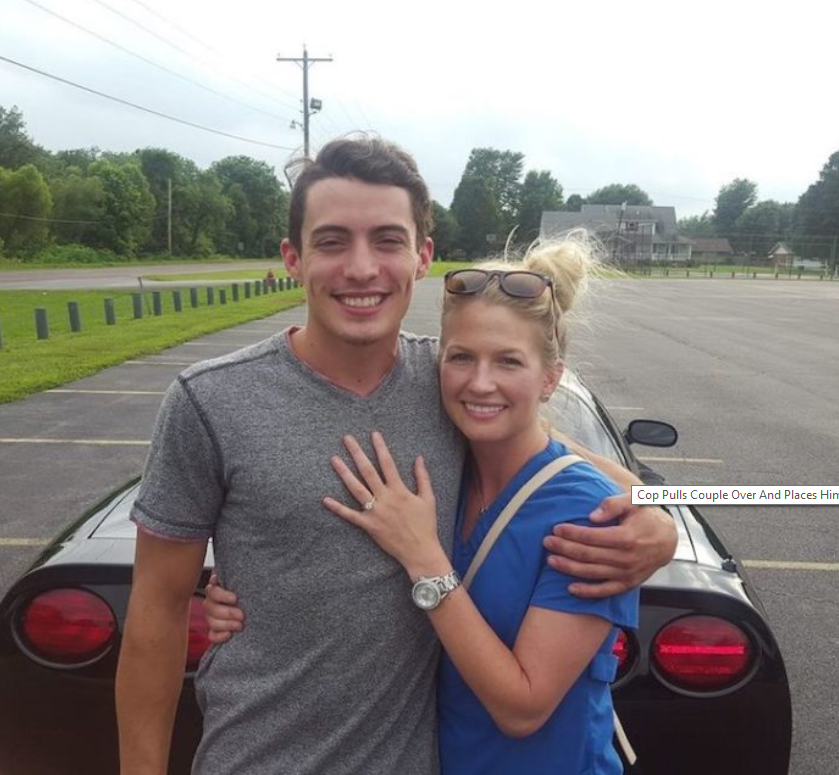 Her heart was pounding and she felt helpless. She watched as the officer made her boyfriend drop to his knees and get arrested. She couldn’t believe it. They hadn’t done anything that remotely warranted such treatment. Then a single question almost knocked her off her feet.

It was not the first time she had seen him her boyfriend, Austin Urhahn, in trouble. In fact, it had happened plenty of times. He was a speed lover who loved cars and motorcycles. He worked from a young age to purchase himself some ‘big boys toys’. And the effort he put into it was paying off. What beast did Austin drive?

Austin had been flipping bikes and cars for a profit. And even managed to buy his dream motorcycle. But the true reward for his efforts came when he bought a Corvette, his pride and joy. Luckily, he had Sam who also shared similar interests. But was Austin in serious trouble this time?

His Ride Or Die

They had been dating for almost seven years and she could also drive sports cars like no other girl he had ever met. Austin felt like the luckiest man in the world. Sam, an emergency room nurse who works in stressful environments, always managed to come home with a smile on her face. Had Austin speeded on this trip?

“I try not to break the speed limit, but it happens,” he says. And it was starting to take a toll on his relationship. At one point, Austin had about 20 speeding tickets on his record. But this couple had discussed having a future together. Would Austin now lose his license? Was this another red flag?

Austin and Sam weren’t driving far, to see Austin’s grandfather, it was a short drive and they weren’t in a rush, so they were going the speed limit. Austin did, however, change lanes and forget to turn on his blinker. Quickly there were sirens and then handcuffs!

Out On The Town

The officer stepped out and approached their vehicle, requested documentation and told him what he had done wrong. Sam was bewildered, they hadn’t done anything wrong. That’s when things took a strange turn. The officer pulled something out of Austin’s pocket, saying, “That’s what I thought” The officer proceeded to tell Austin drop to his knees and put his hands behind his back. What was in Austin’s pocket?

Not A Routine Stop

She watched as Austin pulled his hands out from behind his back, holding a ring. “Will you marry me?” she heard him ask. “Yes!” she replied and reached out to kiss him as he got back on his feet. The officer, who was filming everything, started laughing. Sam had once said “I don’t want it to be cliché”