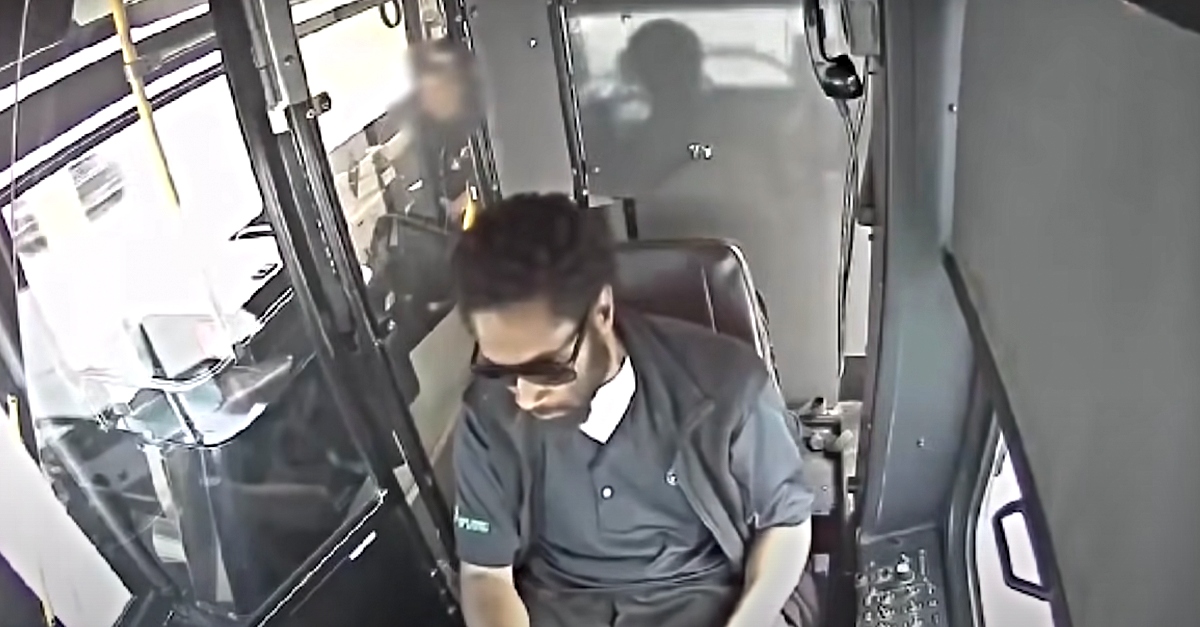 A Passenger In Trouble

The old bus driver kept eyeing the mirror of the bus. He had a strong feeling that something wasn’t right with one of his passengers.

One child was shivering and crying in the back of the bus. Everyone ignored him. The driver was the only one who was paying attention. He knew he had to do something. And his act left everyone speechless.

The protagonist of the story is a driver of 52 years old named John Lunceford. He was a U.S. Army veteran who had been transporting children to school in Washington for three years before meeting the crying boy.

His job didn’t require much effort, and he loved it. He got to socialize with kids every day and every day was a new adventure for him. Most times, nothing special would happen on his routes. But one day, everything changed when the crying boy showed up.

John Lunceford married Debbie decades ago, and they were the happiest. The pair were grandparents already, and the old man loved children. The couple lived a quiet life in a modest old-school home, making the most of their twilight years.

They were both still working, and John found no better way of being around children than driving a school bus. He always knew what to say to make them smile and always tried to learn everyone by name.

It was Thursday, December 26th, and John was driving a bus full of students just like any other day. He made his routes around the school district, dropping every kid at their destination.

Outside was full-blown winter. It was freezing. He could barely see the children’s faces as they were all wearing winter clothing. But one little boy still managed to get the old driver’s attention.

Not The Usual Passenger

That morning was different. One kid he picked up was crying, and the bus driver couldn’t help but notice this. He began to worry about what could have happened. Various disturbing scenarios ran havoc through his mind.

Why the 6-year-old was crying was a mystery, though. The bus driver kept making his stops while trying to figure out a way to reach out to the kid and find out what happened.

The bus driver kept glancing at the mirror and noticed that someone was trying to reach out to the crying boy. An older boy changed his seat and got closer to the child in trouble.

What was going on? Was the older kid responsible for making the boy cry? Or was he trying to help? The bus driver needed to know what was happening inside his bus.

Helping Out All The Time

As his job, John Lunceford drove the school bus, but he volunteered most of his free time. He was always helping people, and he was well-known in his community. John was the guy who everyone could count on for anything.

The old bus driver was used to dealing with difficult cases due to his volunteer work. But nothing could prepare him for what he would encounter that fateful winter morning.

The bus driver felt that he had to step in and help the child somehow. Indeed John couldn’t take it anymore. He had to stop the little boy from suffering any longer, no matter the reason. John wanted to make things right.

His instincts as a grandfather kicked in. John couldn’t sit and watch any longer. Something had to be done, and John would be the hero of that cold winter day.

During the long drive, John didn’t take his eyes off the older boy who was sitting by the crying child. He had to make sure that nothing shady was going on in the back of the bus.

It seems that the older boy had the same thought as John. He was just trying to find out if he could do something to help the crying boy. Unfortunately, he failed to make the crying passenger feel better. It was all in John’s hands now.

The reason for the boy’s crying was heartbreaking. But the helpful bus driver knew exactly what to do to make the boy feel better.

And the old man took it even further than that. But first, he had to start somewhere. He had to help the boy crying in the back. So John stopped the bus, got up, and slowly approached the crying boy’s seat. It was time to act!

The Reason For The Tears

The boy was in a dire situation. And the bus driver finally figured out what was going on with the crying boy.

He was too cold. The 6-year-old’s parents couldn’t afford to properly dress him for wintertime, so he wasn’t wearing a hat or gloves, and his coat wasn’t so reliable either. The bus driver didn’t hesitate. He knew exactly what to do next.

Selflessly, John, therefore, took his own gloves off and gave them to the boy. He also reassured the 6-year-old that it would be okay.

The Army vet then continued to drive to the end of his usual school route, but that would not be the end of his kindness. He had more planned for the little boy.

After taking all the kids to school, John made his way to a dollar store. There, he bought things to help all kids who were cold on those harsh snowy days.

He purchased ten hats and several warm pairs of gloves. He then headed back to the school, where an administrator led him to the boy in the library. That’s when John gave away the first set of gloves and a hat. And that was just the beginning.

Take What You Need

John, the bus driver, then invited all the young riders from that day’s bus journey to help themselves to what they needed. Everyone was shy at first and didn’t want to take anything.

Then a little girl approached him and revealed she didn’t have a hat. He quickly gave her the item of clothing. Other children then followed and quickly got what they needed.

When John was asked by Inside Edition why he thought the boy had gone without warm clothes on such a cold day, the driver said that he wasn’t sure. He suspected that his gloves were merely left at home by accident.

Regardless of the reason for the child’s lack of winter clothing, John had done a very good deed. And the school district wanted the world to know how much the driver cared. The school posted a post with the story on their Facebook and a photo of John himself. The post went viral, and the response was overwhelmingly positive and heartwarming.