Array ( )
Top5 » Trending » Entertainment » Music » Songs » The Best Songs of the 1970s Will Make You Cry or Headbang, Sometimes Both

The Best Songs of the 1970s Will Make You Cry or Headbang, Sometimes Both 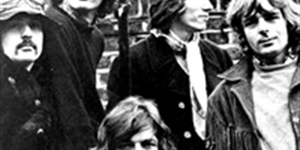 Picking just five of the best songs of the 70s is a nearly impossible task. That said, I managed. These five songs represent the various genres and artists that made the 1970s so great musically. These songs illustrate the issues of a generation, and that the musical upheaval really shows what the post-flower-power-summer-of-love world had become. The 1970s weren’t so long ago, yet it seems we’ve forgotten the beauty of the music of that decade. This list is a reminder that to move forward, we should learn from the past.

If only we’d listened to Joni, we wouldn’t be in the environmental mess we’re in now. The lyrics of “Big Yellow Taxi” are a clear as the neon signs that line billboards on the freeway. But the song doesn’t condemn or chastise the average listener, instead it gently warns against the perils of instant gratification, of rapid industrial growth, and the hold that corporations have on not only land, but also on the individual. “Big Yellow Taxi” did not reach the top of the charts in the US, but it should have. Your average kid today probably thinks the Counting Crows wrote the song. This is unfortunate, but in a sense not that big a deal only because what makes “Big Yellow Taxi” so great is its universal applicability – especially now. The lyrics aren’t the only thing that makes “Big Yellow Taxi” noteworthy, but Mitchell’s distinct vocals and the classic 70s folk guitar are also iconic. The song surpasses the environmental implications, and really strikes a chord at the heartstrings of any decent person – who didn’t know what they had till it’s gone.

In true 1970’s fashion, Wild Horses is a song (of epic proportion) about perseverance. The Rolling Stones would know a thing or two about that – having survived 50 years in this crazy, messed up musical world. Mick Jagger’s distinctive vocal style is at its unmistakable peak in “Wild Horses.” The group-sung chorus has a sad empowerment in it – a discordant juxtaposition of obstinate hope in the face of impending strife. It is a universal feeling, struggling against the tides, trying your best to be a good mom, dad, friend, partner, lover, student, person – whatever it may be. To never lose sight of that ‘someday’ is what The Rolling Stones’ “Wild Horses” is all about, and that is why it is still relevant to music lovers today.

The best band of the 60’s, The Beatles’ “Let It Be” was the title track of their final album released 1970. “Let It Be” is in itself a prayer to mother Mary, for guidance in a lost world, for hope in a hopeless time. It is a song that reminds us all to cherish what we have – not to give up on what we can get, but in the end to let all things be as they are. The Beatles’ talent for expressing concise, deep messages in beautifully crafted songs is in no shortage in “Let It Be.” One of the greatest moments, “Let It Be” is a song that, if you have lived through any strife, instantly brings tears to your eyes. It professes hope for unity and change; it expresses a sadness that is possible to overcome; that there is day at the end of the darkest nights. Most importantly, it strikes at the very soul of its listener in that way that is classically, and unique unto The Beatles.

One of the saddest songs of the 1970s, “Wish You Were Here” is one of Pink Floyd’s most well-known, and most frequently covered, songs. It is simply beautiful, from each guitar chord to each strange metaphor, “Wish You Were Here” evokes a sad nostalgia for a life coming and going, unhappy, and stagnant. Yet, like most great songs, there is that sliver of hope in the distance that makes the whole thing bearable – in Wish You Were Here, that hope is ‘you’. The song has twofold meaning – firstly, it is its own message: wish you were here – the song is a lamentation for a person who is no longer around (in this case, Syd Barrett). But secondly, it is also a lamentation for the sad life we’re living (lost in a fishbowl). It accounts for all the conflicts and confusions of life, which were rampant in the 70s. Pink Floyd’s gut wrenching “Wish You Were Here” will always be one of the best songs of the 70s, and for generations to come.

The 1970s were filled with epic songs that could have made this list. These five, however, have continued to be meaningful and important to the generations that followed, and that is what affords them the status as the best five of the 1970s. It may not be fair to judge with hindsight, but that’s all we’ve got now. The messages of these songs are still relevant to life in today, especially now, when we’re facing economic, environmental, and social catastrophe. “Wish You Were Here,” “Wild Horses,” “Let It Be,” “Stairway to Heaven,” and “Big Yellow Taxi” are five pillars of the 1970s and together make the perfect mix of sadness, hope, and flawless musical ability. 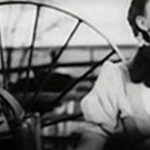