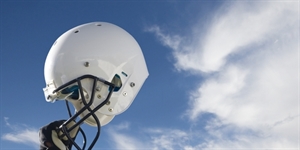 The quarterback. He’s the field general. He’s the leader. He holds arguably the most important position in sports (aside from whoever’s job it is to keep Mike Tyson from snapping and killing us all). As the quarterback goes, the team goes. So then the question is, who is the best?

Who is the greatest quarterback of all time? What are the criteria? What makes a QB deserving of a place on such a list? The variables are many, the arguments frequent, and the ridiculous suggestions ever-present. For example, we’ve all heard some sad, sweaty Gang Green fanatic making a desperate case for Joe Namath. Well, Broadway Joe had fewer career passing yards than Trent Green, so seriously, shut up Jets fans. We’ll get back to you if there’s ever a Greatest Sideburns in NFL History list. Besides, when it comes down to it, all of this petty, uninformed hypothesizing is unnecessary. The only list you’ll ever need is right here.

What can you say about Tom Brady that some drunken Boston frat boy hasn’t already slur-yelled a thousand times? But as heinous as it sounds, it’s all true. Tom Brady is America. Not only is he a blue-eyed, square jawed quarterback with a supermodel wife, he’s a late-pick underdog story and a testament to perseverance to boot. His nickname is ‘Tom Terrific” for Christ’s sake! He sounds like a 1960’s Saturday Morning cartoon – “Tune in next week when Tom Terrific faces off against the evil forces of Communism!” The guy has been to five Super Bowls, won three, been the MVP of two, and he just turned 35. Rest assured there is nothing in the world he doesn’t have, so of course he made this list. Damn you Tom Brady, damn you and all your magical ways.

Not only was Johnny U winning championships before you were born, he was winning before the Super Bowl was even a thing (the commercials must have been awful). He was a two-time NFL champion, one-time Super Bowl champion and all-time crew cut champion. Unitas is also 8th on the all-time passing TD list which is insane considering he played when the forward pass was considered some crazy thing the kids were doing. So when your Grandpa yells about football not being what it once was, remember, he’s kind of right.

Dan “The Man” sits in second place in nearly every category for passers all-time. He had a cannon for an arm and probably the quickest release in NFL history. So how is it he managed to not win a Super Bowl? It’s hard to say for sure, but it could have something to do with the fact that the two best running backs he was ever given were Bernie Parmalee and Lorenzo Hampton. Who are they, you ask? No one knows. Seriously. No one. But despite his lack of a ring, Dan’s ridiculous numbers warrant him a spot on the list. And even if they didn’t, he’d still make the cut thanks to his Oscar-worthy turn in Ace Ventura: Pet Detective.

Have you ever watched Peyton Manning at the line of scrimmage? He looks like he’s helping land an airplane. Speaking purely from a mental point of view, Peyton is the greatest game manager to ever grace the gridiron. In fact, most of his coaches are playing poker or clipping their toenails while Peyton runs the offense. As of now, he’s third in NFL history in TD passes, completions and passing yards, and he’s still going strong. He may have landed in second place on this list, but Peyton can sleep easy knowing he’s the runaway all-time leader in hilarious commercials made.

There’s a reason they call him “Joe Cool,” and it isn’t because he was so amazing in those Sketchers Shape Ups commercials. Though it did take a fair amount of composure to so blatantly lie about so useless a product. But the man was known as cool because there was no shaking him. There was no late game situation that got him rattled. No comeback too large. No eighties-dad hairdo he couldn’t rock like a true champion. Two-time MVP and four-time Super Bowl winner: Mr. Shape Ups is the clear-cut #1.

Now, before fans of certain teams get themselves all up in a huff, yes, there were a few tough omissions to be made here. John Elway missed out because his horse-face is even more terrifying now that he’s an owner; Terry Bradshaw fell short because his adult illiteracy will assure he’ll never see this list anyway; and Brett Favre was cut because he leads the league all-time in two kinds of picks: interceptions, and cell phone wiener pics. There’s your explanation. Deal with it.

And besides, if you really think you can come up with a more accurate list than this, you’re welcome to try. It’s been a pleasure.