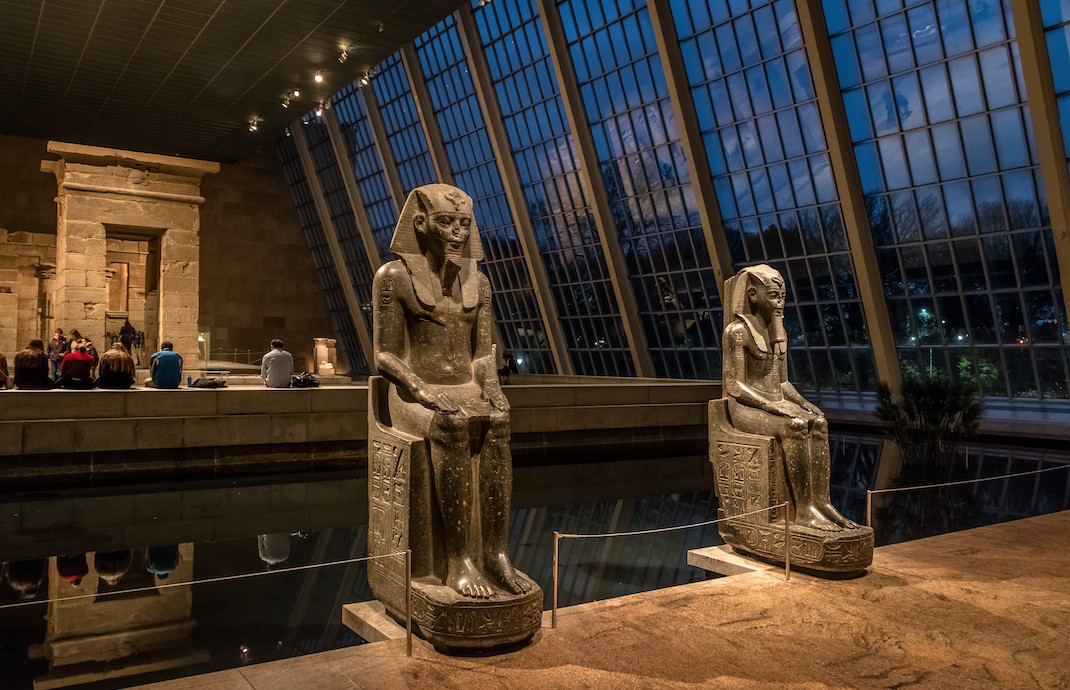 “Creativity takes courage.” Henri Matisse. Humans have had a relationship with art, in one form or another, since time immemorial. From prehistoric cave drawings to ancient instruments, it is obvious that art has always been and will continue to be an important part of our existence.  World-class art museums dot the United States from coast to coast. Spend some time and see some art.  But, which five are most worth your time?  These Are The Best Art Museums in the United States.

People outside of L.A. often declare the city to be devoid of culture. Angelenos laugh at the ignorance and head up to the Getty. Perched up in the hills in the Sepulveda Pass, the Getty showcases paintings by Van Gogh, Edvard Munch and other luminaries. There’s a gorgeous garden with fountains and winding paths. There are also summer concerts, frequent traveling exhibitions, and myriad other opportunities for visitors to immerse themselves in art and music. Even better: admission is free.

In this museum, nestled in the Midwest near the start of the iconic Route 66 highway, you will find a variety of paintings that speak to the American experience, including Grant Wood’s American Gothic and Edward Hopper’s Nighthawks. There is also an impressive collection of work by 19th century European and American masters, including Toulouse-Lautrec, Henri Matisse, Cassatt, Georges Seurat, Van Gogh, and Renoir. The Thorne Miniature Rooms, painstakingly detailed tiny recreations of American and European interiors, are stunning in their beauty and complexity.

Even if you’ve never been to the Philadelphia Museum of Art, you’ve probably seen it on film: in the first Rocky movie, Rocky Balboa runs up the steps. Fortunately, there’s much more to the PMA than that. You can wander through several historic structures relocated from Asia, including the Madanagopalaswamy Temple from India and a 17th century Ming Dynasty palace hall from China. In the other galleries, you’ll be greeted by one superstar after the next, including Augustus Saint-Gaudens’s Diana, two of Claude Monet’s Japanese footbridge paintings from Giverny and Degas’s ominous Interior. PMA also administers the nearby Rodin Museum. This gorgeous little gem features the largest collection of Auguste Rodin’s work outside of France, housed in a palatial building with a fountain and courtyard.

The National Gallery focuses on painting and sculpture, and they do it well. The collection is so large it requires two buildings. The East Building features modern art and traveling exhibitions; the West is all about Renaissance – early 20th century work; the two are connected by a groovy subterranean moving walkway. The NG is understandably proud to hold the only Leonardo da Vinci painting in the Western Hemisphere, Ginevra de’ Benci. The museum also boasts an entire gallery of Flemish art, as well as pieces by Renoir, Pierre-Auguste Rodin, Mary Cassatt, Eduard Manet, Picasso, El Greco, George Catlin, Botticelli, Alexander Calder, James NcNeill Whistler, John Singer Sargent, and many more. Another feather in the National Gallery’s cap: admission is always free, which ensures that the art is truly accessible to all.

If you’ve ever wanted to explore a real ancient Egyptian temple, you can do it at the Met.  The Met has the Temple of Dendur, which was given to the USA as a gift from Egypt. You’re allowed to walk inside and get close enough to the walls to read the graffiti left by 19th-century travelers. The depth of the Met’s holdings is almost unbelievable. In addition to having one of the very best ancient Egyptian collections in the world.  It takes up an entire wing of the building — they also have a formidable lineup of European and American painting and sculpture, including works by Raphael, Sandro Botticelli, Caravaggio, Edgar Degas, Auguste Renoir, Vincent Van Gogh, Rembrandt van Rijn, Edward Hopper, Pablo Picasso, Antonio Canova, Francisco Goya (we could go on…) and sizable ancient Greek, Roman, and Mesopotamian galleries.

There are Tiffany windows and elaborate Beaux-Arts staircases rescued from demolished mansions, as well as treasure troves of American, medieval European, Middle Eastern and Asian art. The Met’s sister museum, The Cloisters, is dedicated to medieval European art. The building itself is an amalgam of various rescued European structures from the Middle Ages; its highlights include a series of unicorn tapestries and a medieval herb garden.

East Coast, West Coast, Midwest: wherever you might be in the USA, there’s an art museum for you.