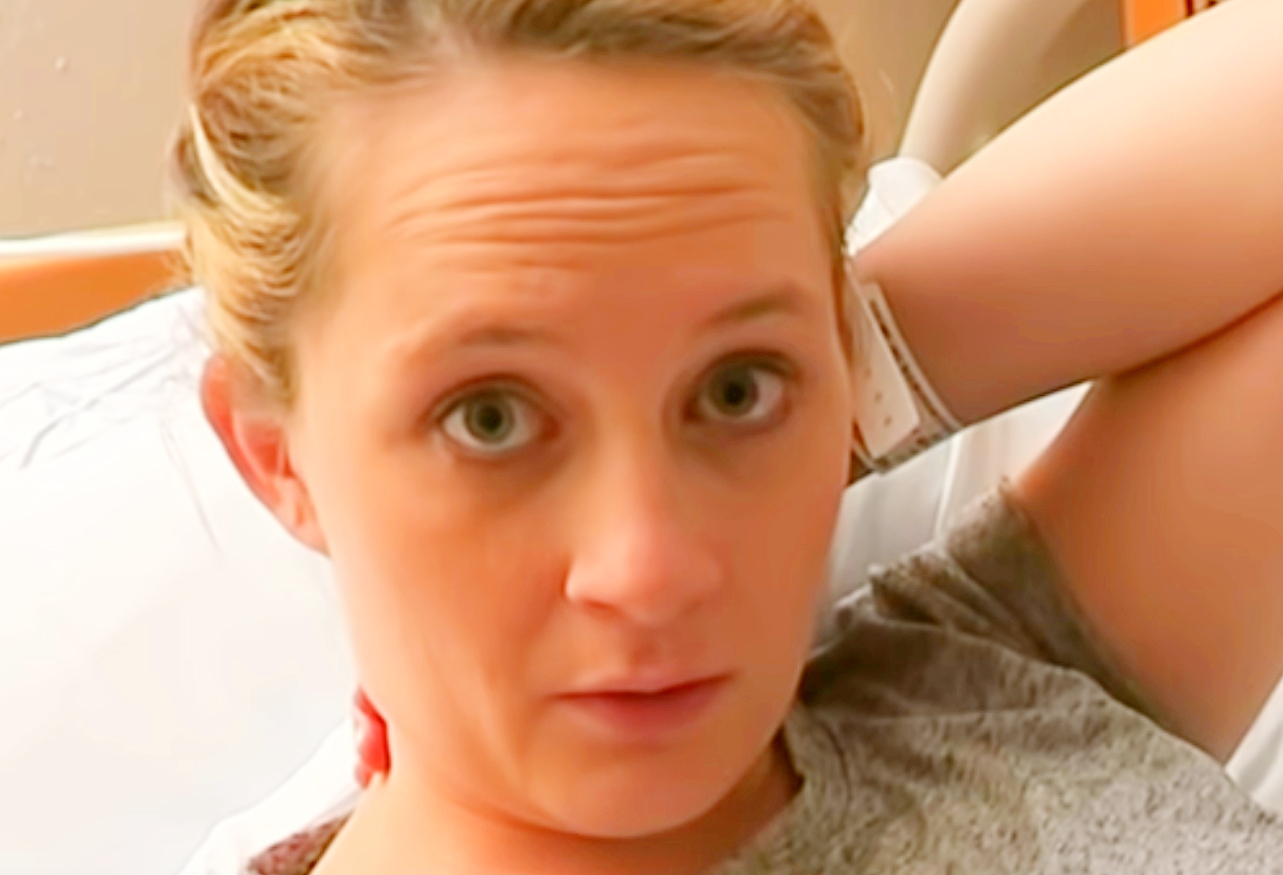 The expectant mother was facing an impossible decision. But she didn’t have much time, the doctors needed to act fast before it was too late.

She took a deep breath, looked to the heavens, and signed the paperwork. Had she made the right decision?

Tammy Gonzalez didn’t usually like going to the hospital at all. In fact, the clinical, white halls tended to trigger anxiety for her. But when she discovered she was pregnant, that all changed.

She couldn’t wait for her first ultrasound appointment and had it marked on the calendar in the kitchen for weeks. But it wasn’t the joyful day it should have been for the young mother-to-be.

As she lay back in the doctor’s office, she was happy to chat to the friendly sonographer about her plans for the future.

The young doctor rubbed some jelly on Tammy’s belly so she could get their first glimpse of the baby. But when she saw the screen, the sonographer quickly called for a colleague to take a look.

The doctors calmly informed Tammy that the scan had shown a strange shape next to the baby and they wanted to run some tests to confirm what was happening.

“Oh my God!” thought Tammy. Finding the money to feed one extra mouth was already going to put a strain on her and her husband. But twins?!

“Maybe we could sell the car. I like walking anyway,” reasoned Tammy as she ran through several scenarios in which two babies would be in any way affordable.

The sonographer’s colleague came and knelt down beside Tammy as she wracked her brain. “Mrs Gonzalez,” the doctor said. “We have some news for you.”

The doctor revealed that they found a growth in Tammy’s womb that they needed to analyze more deeply. He pointed out the anomaly to her on the screen.

Tammy had been looking forward to this day for so long, and now her heart was in her stomach. She hadn’t even considered something like this could even happen. “Is it on me,” asked the worried mom, “or the baby?”

Tests confirmed that Tammy’s scan had revealed a rapidly-growing teratoma made up of different types of tissue that was ballooning from the 17-week old baby’s mouth.

The extremely rare growth only occurs in around 1 out of every 100,000 births. The doctor told Tammy she had a very difficult decision to make – and very little time.

The doctors warned Tammy that seeing the pregnancy through posed a great risk to both her and the baby.

But Tammy wasn’t going to give up without a fight. This was her baby, her future, and she insisted on a second opinion. And a third. Then a fourth… Finally, a ray of hope shone through.

It was then that Tammy met Dr. Ruben Quintero, who told her that although risky and never before attempted, there was a procedure they could look into that might save her baby.

Dr. Quintero proposed an endoscopic surgery – which uses a flexible camera tube – guided by ultrasound to remove the teratoma. It would be a world-first and unlikely to succeed. Tammy gulped at the prospect.

“Let’s do this!” Tammy insisted, putting on a brave face while discussing the surgery with the doctors.

But while there was little doubt that she would do anything to save her baby, Tammy was in pieces. “It’s the most horrible feeling you could ever imagine,” she said. “Physically, emotionally, and mentally.” After what seemed like years, the day of the surgery finally came.

After successfully removing the growth, Tammy gave birth to healthy baby Leyna. And thanks to the incredible work from Dr. Quintero and his team, the only evidence of the traumatic experience is a tiny scar on her mouth. “She’s perfectly fine. My little miracle child!” beamed Tammy, with tears of joy streaming down her cheeks.