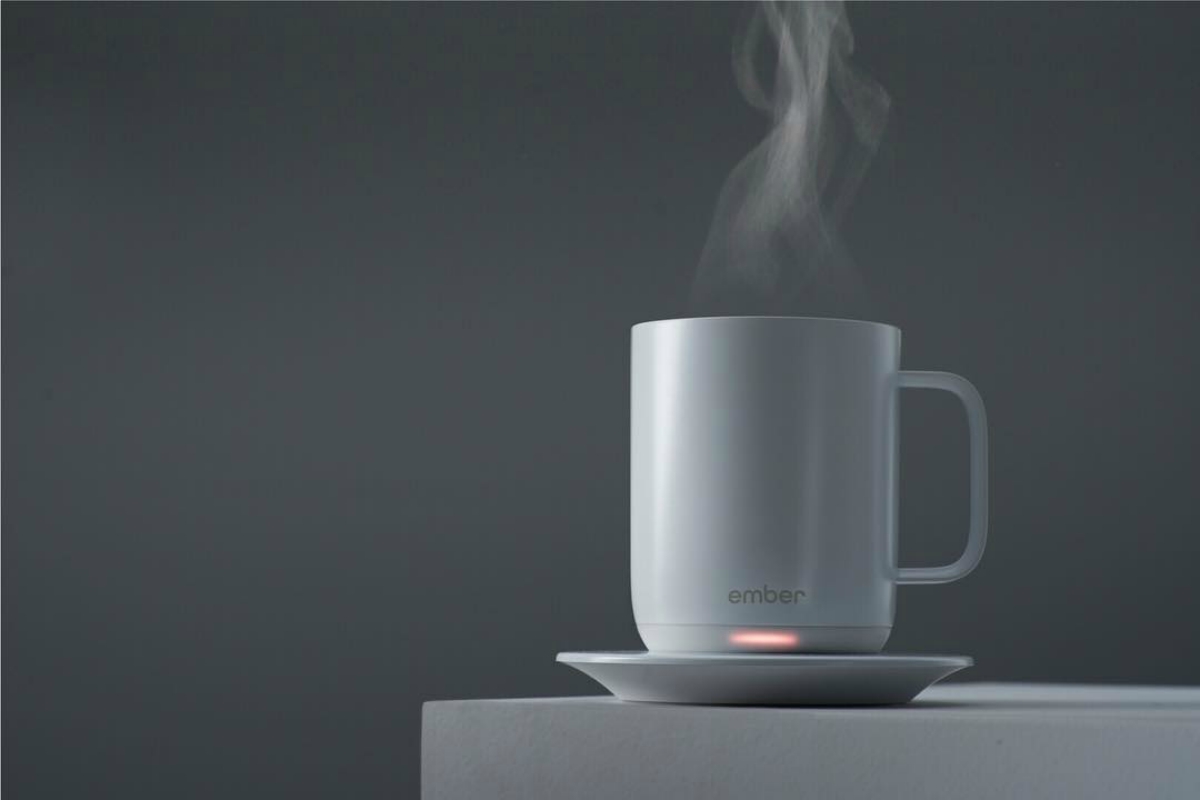 If you’re working for any company in the 21st century, you probably know first-hand how awesome workspaces can be. It seems like every up-and-coming, too-cool-for-school startup or tech company has revamped the age-old idea of the typical dreary office. Office spaces are no longer limited to water coolers, cubicles, and eggshell-white walls. Instead, the mundane office your parents had to endure has evolved from dull and cramped to brilliant, unconventional spaces.

Office walls have been torn down and replaced by glass to feel open and collaborative, rooms have been personally designed according to each one’s “purpose” and updated with the latest, greatest technology. These gadgets range from quirky to incredibly useful to who would buy that? This is good news, because we can’t all work at places like Google Headquarters.

Let’s face it. You or someone you know may be in desperate need of renovation at work. So, here are 5 amazing tech items that will take the boring out of your snoozefest workspace. 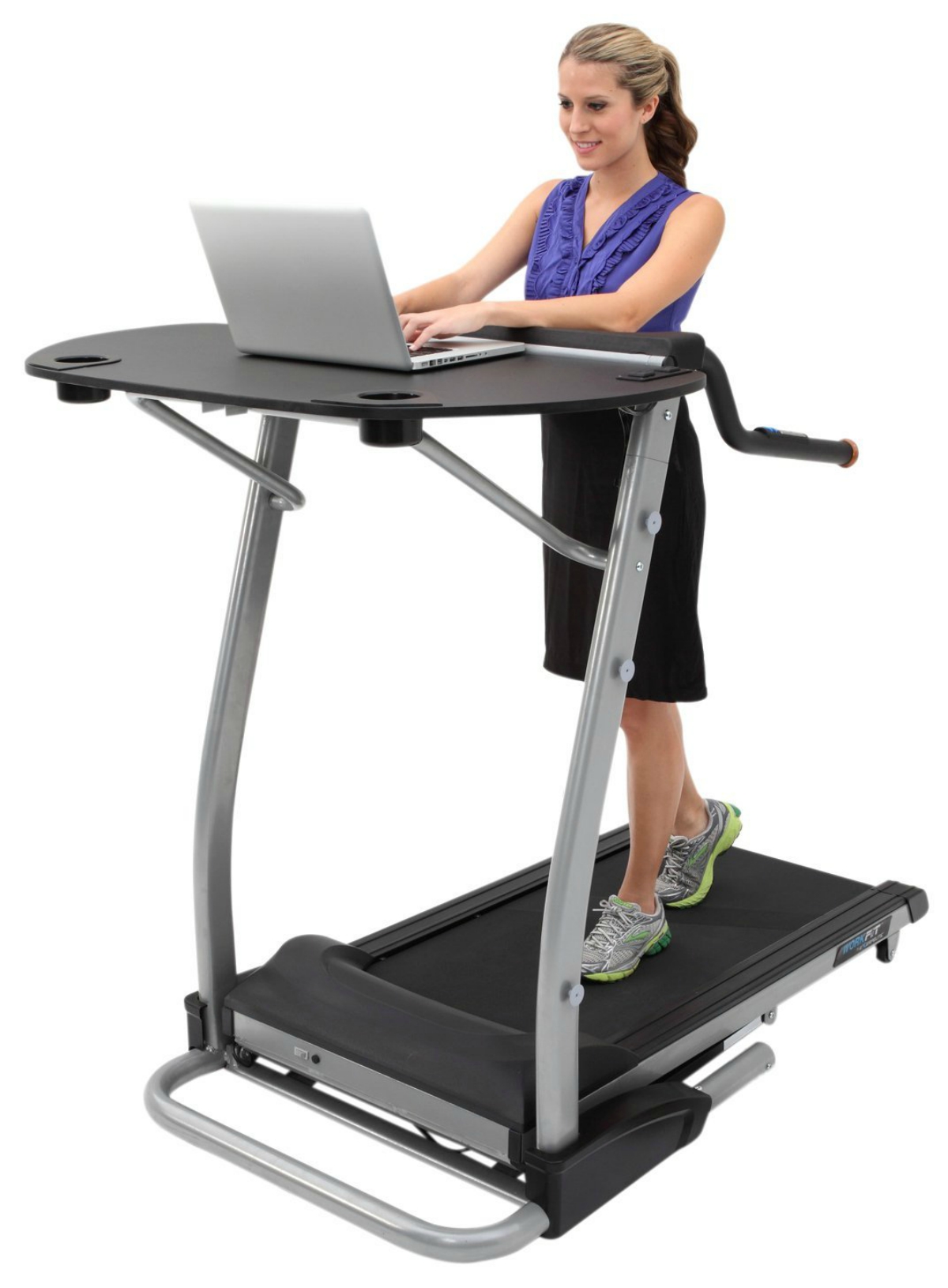 This may look a little ridiculous, but don’t worry, there’s no need to beg your boss to install a treadmill at the office. Instead, the Exerpeutic 2000 model can be used by telecommuters or on the days you want to work from home. Start your day with the release of endorphins! Just set up this amazing tech item in place of your usual workstation. You can watch webinars, finish your PowerPoint or respond to emails all while working on getting that beach body. Talk about winning at multitasking.

Exerpeutic’s desk treadmill comes with an adjustable table with extra padding to avoid exhausted arms, two holders for stationery or a big glass of water (you’ll need it), and a tablet stand. When the clock strikes 5, fold away the entire set and be at peace knowing your cardio for the day is done! So if you’re a health junkie, why not take your usual workday up a notch? It beats working in your jammies … although you could totally work out in your jammies. If you are looking for a new treadmill for your office, check out our list of the best treadmills. 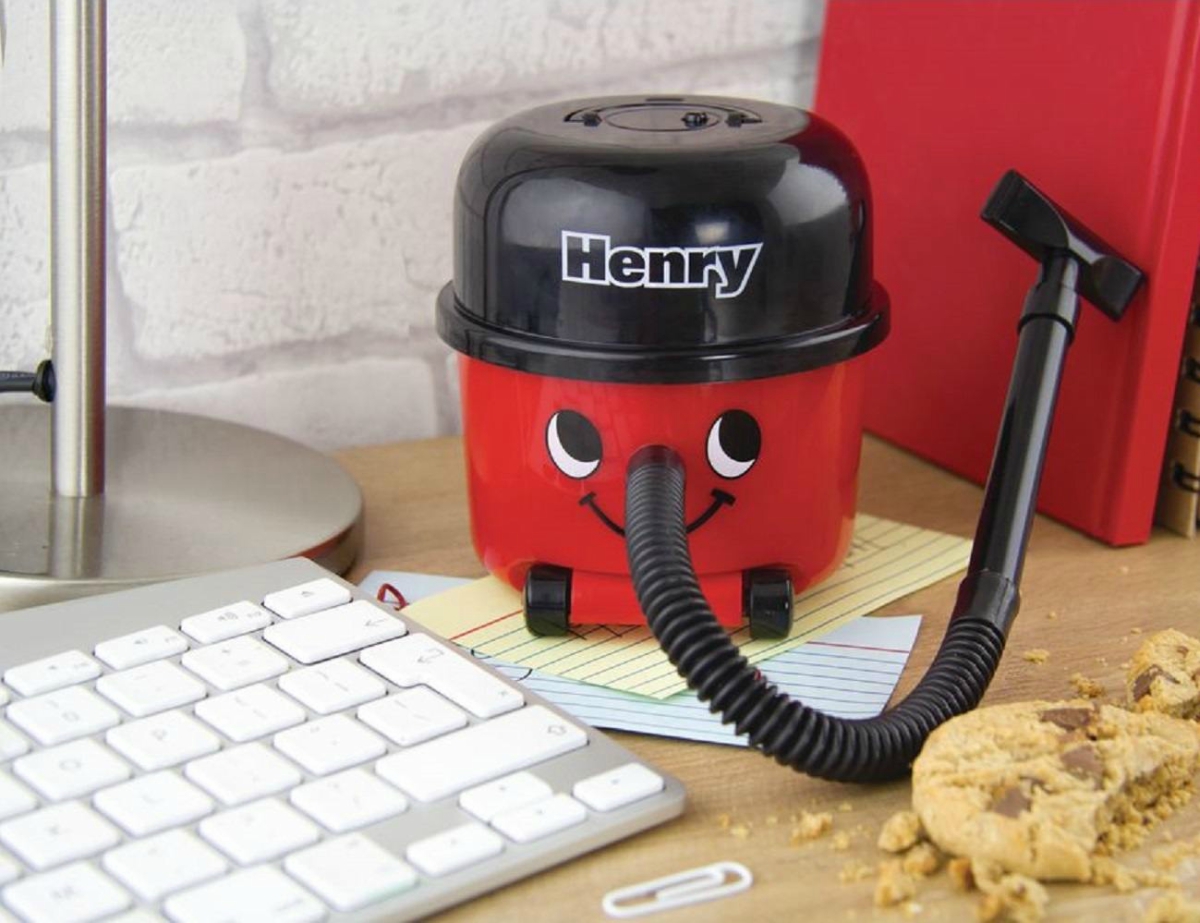 Out of all the amazing tech items out there, this isn’t the fanciest, not by a long shot – but look at those eyes! Henry the Desk Vacuum is 100% charming, whether it’s displaying a sheepish smile or an insidious gaze. Henry is a light, easily movable, battery-powered vacuum for keyboards and desks, but he’s a bit noisy, too. And he’s perfect for two kinds of employees. Type A workers will want this guy to pick up every last bit of their midday snack. It’s easy to do with its long nose and crevice tool for hard-to-reach places. But the real fun is for those who like to have fun: the office pranksters. The mini version of Numatic’s popular European vacuum cleaner is just as loud as the real thing. Why not wake up the office at 8 a.m.? You’ll have the whole place searching around for the culprit. They’ll never suspect it’s this doe-eyed angel.

Can you think of a better way to make work buddies jealous than owning a mug that heats coffee to your exact preferred temperature via smartphone or Apple watch? You heard that right. Ember is every coffee lover’s dream come true, and the most epicurean of our amazing tech items.

Not only is the cup designed for any minimalism enthusiast, but the Bluetooth connectivity means your morning cup of joe never drops a degree less than the utmost desirable temp. What’s even cooler is that the mug will automatically detect any beverage and heat it according to presets, all on its own. Mind blown yet? It also comes with a charging coaster that makes a neat desk accessory. But Ember is also aware of serious coffee fiends who need their coffee on the go. The brand offers a solution with its matte-black travel mug. It comes with kick-ass features of its own, including a tap-sensitive logo that shows its current battery life, temperature and name. Generate some office buzz with either Ember mug. 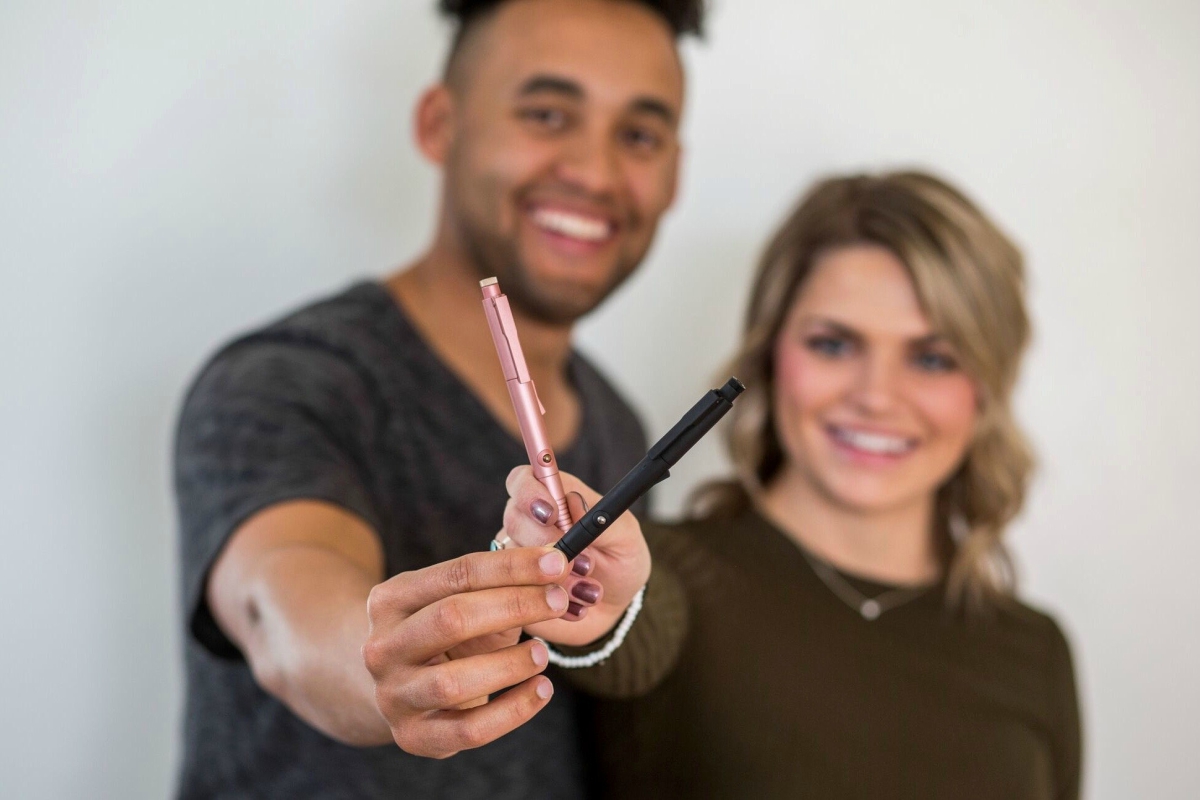 The Fidgi Pen is neither ordinary pen nor fidget toy. Nope. It seems to have dropped from the sky to solve all mankind’s problems, or, at the least, two. Need to write something down at work? Check. Need something to keep your hands busy while you make a call to that customer? Fidgi Pen has you covered. So if you’re in one of those tense work environments where it’s all work and no play, do yourself a favor and get one of these baddies. It’s a foolproof tool that ingeniously lets you play at work and stops everyone around you from pulling their hair out. The pen comes with seven fidget-friendly features, including the classic pen click. Relieve a little tension at work and loosen up with this multipurpose version of a pen. It even comes in rose hold, because how could it not? 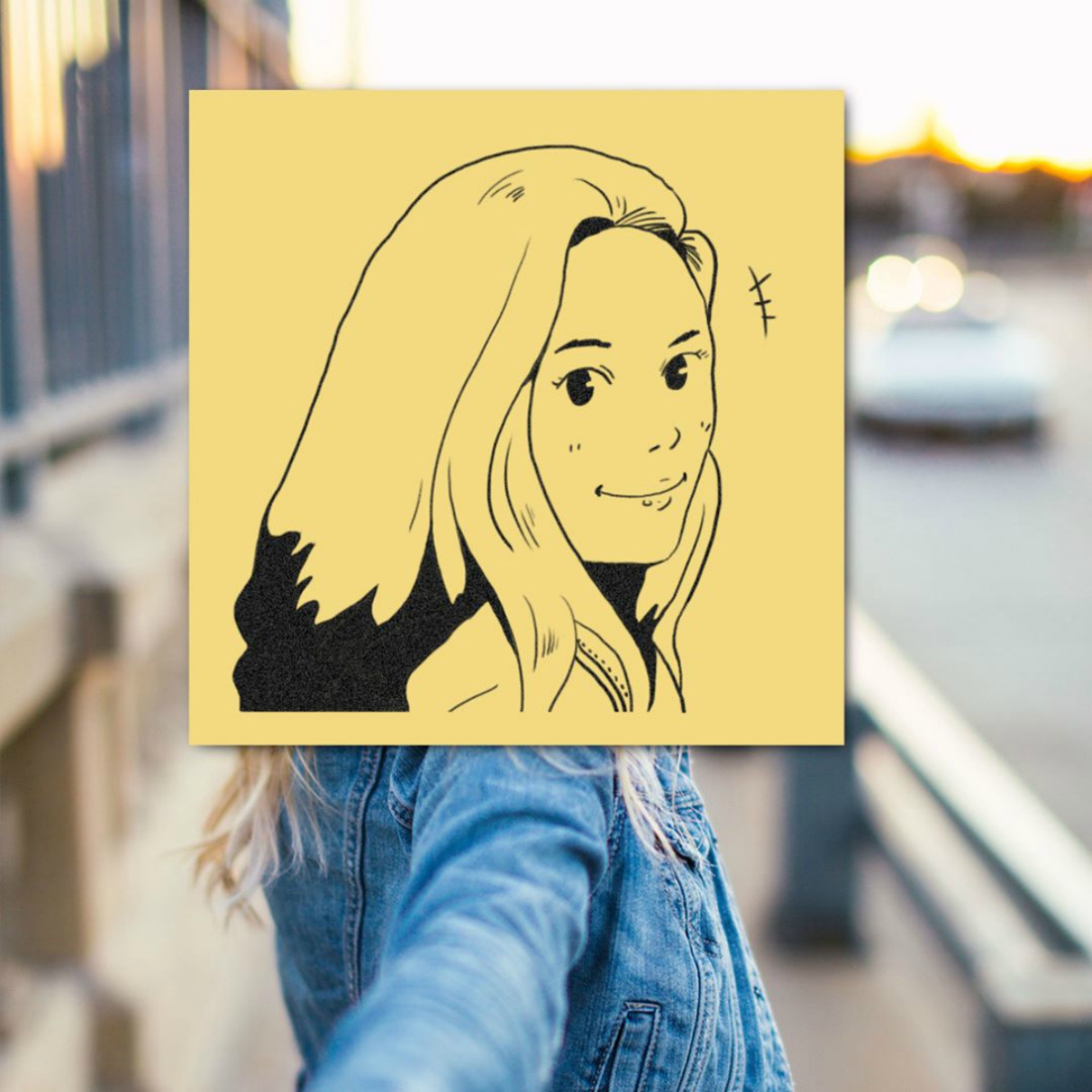 What’s the difference between decaf at a diner and drip coffee served by an artsy hipster? Zac Efron in a black suit and Zac Efron in Hairspray in a navy blue suit? EVERYTHING, right? Sometimes with just a bit of tweaking, something can go from pleasant to holy hell. This is the Nemonic in a nutshell. It’s the upgraded version of Post-It Notes you’ll always prefer.

Ultimately, it serves the same function of sticky notes but, boy, does it do it way cooler. The simple white box connects to your phone, tablet or computer via Bluetooth or USB. Just open its app on your phone, jot down your notes and watch the thermal printer do its thing in 5 seconds or less. Really. This thing is fast. See your fleeting thought materialize in black and white in a matter of seconds. Or avoid boredom during another conference call by transforming selfies with your fav coworker into hilarious sticky notes. Or, you could just use the to-do list template to take notes on the meeting. Either way, the Nemonic is an amazing tech item that will make note writing at work fun.

Enjoyed reading about these tech wins? Peep these Top 5 Technology Flops to see how it sometimes all goes wrong.