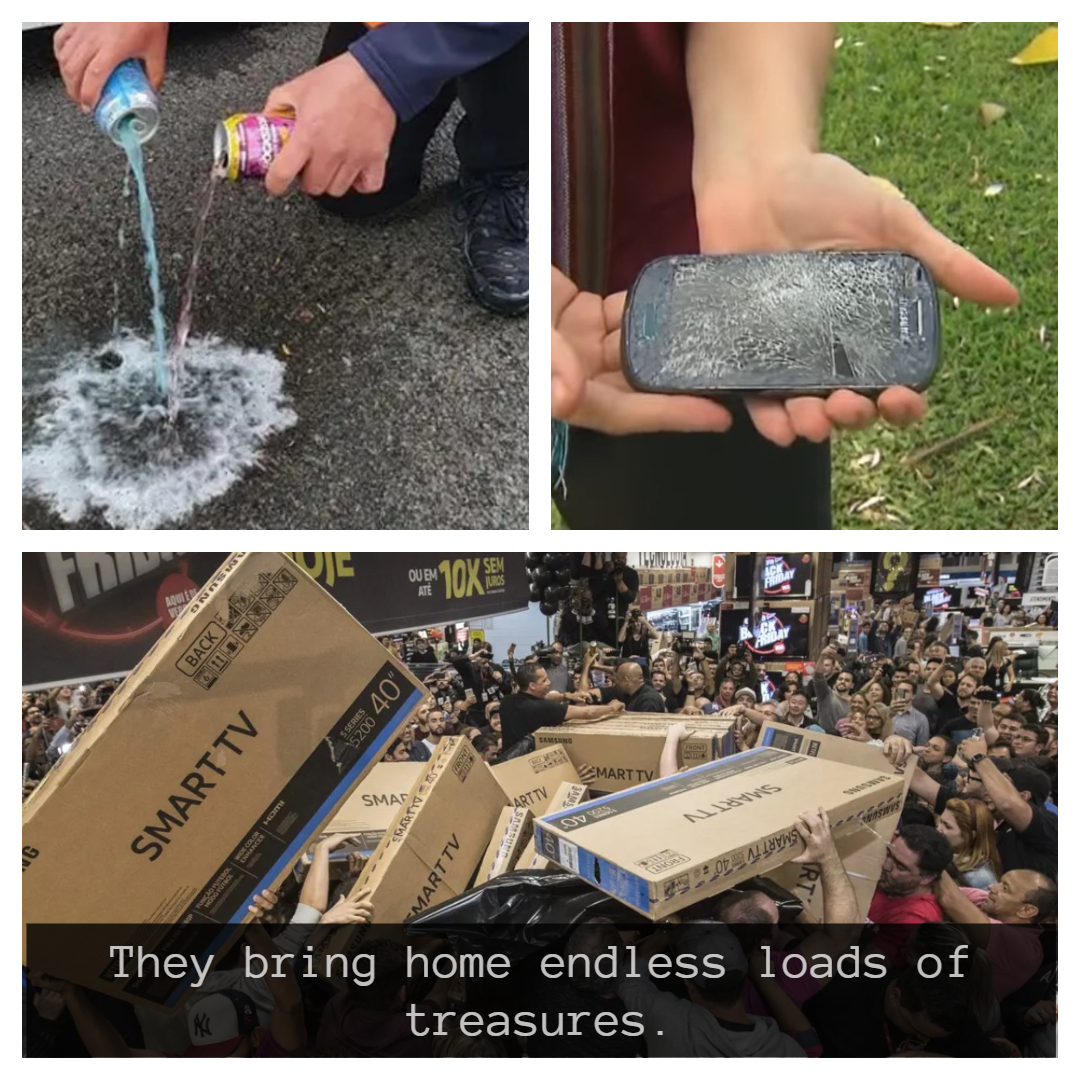 Did you know that we all take part in addictions that we aren’t even aware of? These addictions are usually pretty minor, but still, an addiction is an addiction! Some people need these things in order to get through the day.

Lucky for us, a few Redditors have taken notice of these addictions and decided to give their insights on everyday addiction! Let’s take a look at the best few.

That’s something that kills me more than anything on social media and Reddit. I never have to change pages. Especially on Instagram’s explore page, I can pick a box and scroll for several hours while 100% on autopilot.

Most of the memes are ones I saw five years ago on Pinterest. And yet here I am, still scrolling just because it’s easy.

I know many people who are addicted to “Bargain” shopping. They haunt these return warehouses that sell goods returned to big retailers like Costco or Target or goods that just never sold well in the first place.

Caffeine in general, really. Caffeinated soda is the most consumed beverage in the U.S. The number of students I’ve taught who spend all their pocket money at the local corner shop.

Even though in the U.K., it’s illegal to sell them under 16s – on energy drinks and stash them in bags for school, even without their parent’s knowledge or permission.

It’s such a weird thing how much this takes center stage for people at some point. I feel like once people earn money for some years, all they talk about is what they bought, how much it cost, and how much they think I thought it cost just to tell me that they paid 20% less than what I expected.

It’s like the default way to occupy them once they are no longer at work, buying stuff, thinking about what stuff to buy, and talking about what they bought.

Alcohol, honestly. Like yeah, it can get bad enough that people see it as a problem, but it is way later than it should be, and Alcohol is so much a requirement for people to have fun that it’s kind of sad. I know people who will not date people who don’t drink.

A friend of my wife recently was sent a photo of her friend by her fiancé, who is a doctor, who was giving her IV fluids at home because she was so dangerously drunk. It was done in a jokey manner. My wife and I were concerned, but we’re so the minority in that group that it fell on deaf ears.

Smartphones in general, I’d say. So many (myself included) are unable to put their phones away completely during social settings. The phone follows you everywhere now. I remember the days when I would read the ingredients on the nearest shampoo bottle while taking a shit because there was nothing else to do.

It causes a lot of procrastination too. As we speak, I’ve been putting off a jog for at least two hours by browsing Reddit instead.

Sugar is a tough one for me. I grew up in a household where no sugar was allowed. None. We could have sugar on special occasions (visits to grandparents, vacation, a special trip out, etc.), but never in the house.

Not in cereal, no gum, nothing. As an adult, it created an insanely unhealthy relationship with sugar, and I’ve tried unsuccessfully over the years to kick my intense sugar addiction, and I simply cannot.

I am completely addicted to food, and it’s embarrassing. I eat like a glutton. I work out every single day. I play sports every day. If I had some eating discipline, I would have looked like an athlete; instead, I have muscles and fats.

When I tell people how much I work out, they say they can’t see any effect of it.
I literally feel like crying.

Anger addiction. Certainly, being outraged about social problems can result in effective social action. Being outraged feels more powerful and active than sadness or empathy. Try expressing “thoughts and prayers” and take a look at the angry responses from people who associate anger with empowerment.

Walking around in a constant state of outrage, even if it’s justified about a certain thing, may eventually cause people to redirect their anger toward every minor irritant in their lives because it has the illusion of control and power. Anger can also escalate into destructive behavior that is not effective in addressing whatever problem needs solving. Being angry all the time can’t be good for mental, physical, or emotional health or for the people who have to encounter the angry person.

For years I loved working. Maybe because it was more freelancing, and it was something new every day, but 100hr weeks were common, especially in the summer. Then covid hit. Couldn’t work except for one job part-time.

So I had a lot of time to just relax and do whatever I wanted. I did a complete 180 on working. Give me an easy WFH where I’m able to survive.

Money. So normal that I can’t find anyone mentioning it. People are encouraged to get as much as they can, more than they need, and any attempt to cut them off can provoke anger and retaliation.

Instead of being addressed, the addiction is tolerated if not defended. A billionaire may often be portrayed as a success rather than someone with a worrying, socially damaging problem.

So much of our world has become addicted to the endorphin rush they get when they work up a fit of righteous indignation. They get to point their finger at THAT bad person and proclaim their own victimhood. It is not only acceptable but even lauded. It happens on the small, individual scale and on the large, even global scale.

This day when I watch sports, all I see is, odds this/odds that here’s what we expect to happen, bet on this, etc., etc. I think regulations are going to have to be put in place for the amount of advertising that can be done, especially during halftimes.

Sadly, it is advertised on the radio, tv, and other things here like it’s a normal thing. Also, Bitcoin and cryptocurrency are a form of gambling, the way my brother describes what he does.

Makeup. And it absolutely is an addiction for many, many women. Most of the women I know will not leave the house without putting it on, and they’re among the more mild users I have found.

Forget airbrushing in magazines, ladies. We’ve all been programmed to airbrush ourselves in reality. I know I am going to earn a lot of downvotes and see a lot of replies about how you wear makeup for yourself, but just consider what I am saying for a minute.