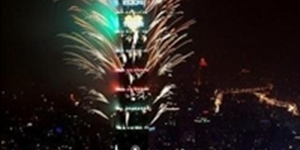 If there is one thing we can count on each and every year, it is that many people will start the year off with raging hangovers (or will still be entirely drunk) thanks to parties on New Year’s Eve. For many folks, a night of champagne and hors d’ouvres consumed in the company of friends and family is quite party enough to ring in the new year. Other people? Not so much ““ some folks go for gusto.

Today, let’s discuss a few New Year’s Eve parties of exceptional note. A few are annual celebrations; others were once in a lifetime. Or even once in a millennium (excuse me, “Willennium.” And if you got that reference, then you and I both have something to be ashamed of).

5.) Worst Place to Have Spent New Year’s Eve is the Capitol Building.

And to take things in a different direction for the last entry, let’s add some contrast with just about the worst place to have spent New Year’s Eve”¦ the capitol building! Congress was in session until shortly before the ball dropped, ending 2012, as they had to contend with a little situation fondly known as The Fiscal Cliff. Yes, while you were pounding Jaeger bombs and hot wings (you lucky skunk) V.P. Biden and Rep. Cantor were discussing the relative merits of increasing the capital gains taxes on those individuals earning over $400k annually, or couples earning over $450k, the potential for revenue gained by tightening deduction restrictions, and so forth. So even if you were sitting in the dark watching reruns of Croatian sitcoms, you still had more fun than congress this past New Year’s Eve.

4.) Many, Though, Will Argue That the Beach at Goa, in India, is an Even Better Beach Party Than the One in Brazil!

That really depends on what you’re looking for, in our opinion. Goa features thousands upon thousands of revelers dancing and consuming and generally enjoying themselves, but is a bit less of a free-for-all than the situation at Copacabana. This can be seen either in a positive or pejorative light. The Goa celebration is arguably more culturally relevant, but not quite as much of a sexy, writhing mass of hedonism. So mull on that. 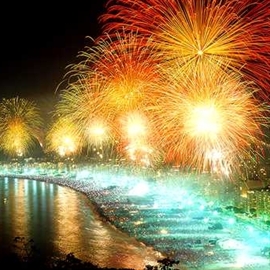 If you want to go about as nuts as you can, try the annual New Year’s Eve party on Copacabana Beach in Rio de Janeiro. Brazil lives up to its reputation for knowing how to party each and every year, as an average of two million (TWO MILLION!) people descend on this fabled beach for twenty four hours of drinking and other consumption, dancing, fireworks, and more. We’re assuming there is a correlated spike in birth rates in early September, and an extreme spike in nausea between the hours of 4 A.M. and 7 P.M. on January 1st. 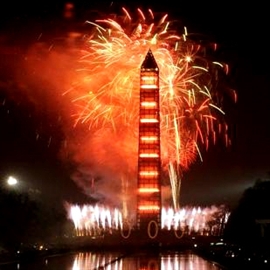 Forget all that hoopla about the fact that the third millennium technically began on 1/1/2001, and remember the party that took place right in our national’s capitol! D.C. was abuzz with the musical talents of Will Smith, John Fogerty, Slash, Stomp, Usher, and Bono! The stars were out, including Diane Keaton, Senators John Glenn and John McCain, Jack Nicholson, and on and on! The list didn’t make too much sense, really, but what did make sense is that people came together by the hundreds of thousands to rock out at the foot of the Lincoln Memorial, all under the de facto M.C. of one President Clinton. And also it was pre-9/11, so everything was automatically great. 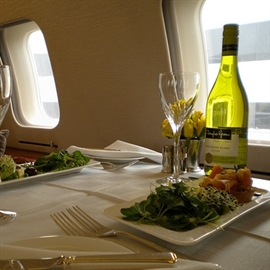 Technically, you could get to experience 24 different “œball drop” moments, as a flight could indeed reach speeds sufficient to match the earth’s rotational speed, but this is more of a kitsch thing. And also there’s the technical aspect to consider of how much fuel it would take to keep a plane at that speed, the logistics of refueling plural times in the air, and some airspace sovereignty issues, to boot. But, for those with money to burn, several airlines offer New Year’s Eve party flights where you can cross several time zones and celebrate the passing of the year many times. One of them even overflies Antarctica, if that’s your thing.

What are some of the crazy experiences you yourself have had on New Year’s Eve? Why not share them with us? Or just share them with the next person you see on the street? These are all good ideas.