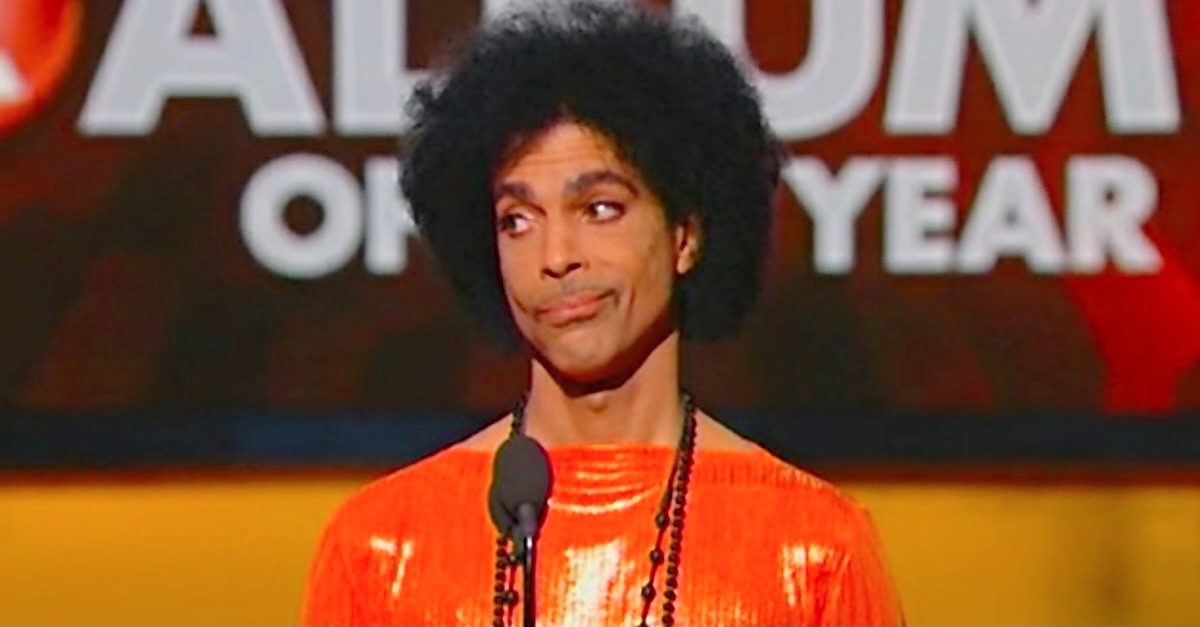 Best known as Prince or the Artist Formerly Known As Prince, this superstar lived a colorful life in the music industry. He was popularly known as an enigmatic genius and apparently, he was quite the diva. The flamboyant pop star had a legion of fans from all around the world, it comes as no surprise that he is regarded as a legend in the music industry.

But Prince was also known to be very outspoken and this often rubbed celebrities the wrong way. Let’s take a look at some of his most iconic moments that you might not have heard of.

Many praised him for this, they thought he was like a breath of fresh air in an industry that can be so obviously sycophantic at times. Although he was known for throwing shade, he was often respected for it.

In 2012, Prince appeared on the morning talk show, The View, where he was asked for his opinion on the newer up-and-coming artists of the modern generation. Specifically, they asked him about Justin Bieber and Lady Gaga.

He responded with “different strokes for different folks” and said that he “made music”. He was subtle about it, but he made sure that the entire world knew that he did not care for Gaga’s work as a music artist and he certainly wasn’t a fan of Justin Bieber either. But there was a lot more celebrity beef where that came from.

Keith Richards is another legend on this list. He is the lead guitarist and secondary vocalist for the phenomenal British band, the Rolling Stones. It is safe to say that Richards is an icon. But in the 1980s, Prince was opening for the Rolling Stones when his gaudy style and unique flamboyancy caused a split opinion among fans of the Stones and the band members.

After this, Richards and Prince had a decades-long verbal sparring match. But after Prince sadly passed away, Richards did publicly acknowledge him to be “a unique talent” and “a great guitar player”.

Did you know that once upon a time, Prince dated Madonna? The icon item collaborated a couple of times but it was rumored that they would constantly fallout over creative differences. They were both known for being divas.

Their propensity for drama and wanting to be the lead on everything they collaborated on caused too much friction, which lead to petty name-calling and insults.

One of his most iconic and famous “Prince moments” took place at one of his concerts in Maddison Square Garden. Prince asked socialite, Kim Kardashian, to join him on stage. Known for being a diva too, Kardashian became unusually starstruck in Prince’s presence.

He asked her to dance but she became too stiff, just then, he kicked one of the world’s most desired women off his stage. But this moment seemed to be symptomatic of a larger pet hate of Prince’s.

After Prince appeared on an episode of New Girl, Zooey Deschanel revealed that Prince had told the crew and cast of the show that he was not a fan of the Kardashian family. He was not happy that the script planned to have a cameo by some of the Kardashians at a “Prince Party.”

He told them that it was unrealistic because he would never invite any of the Kardashians to his parties. He told them that he didn’t even know why the family was famous and that he believed they were all talentless.

At the peak of Justin Timberlake’s solo career, Prince famous threw shade at him. Prince attended an afterparty for the Emmys where he mocked one of Justin’s most famous songs, “Sexy Back,” he told the crowd, “For whoever is claiming that they are bringing sexy back, sexy never left!”

Over the years, the two of them traded a few digs and jibs, but Prince had already shown the world what he thought of JT. But this wasn’t the last time he aimed for famous pop stars.

Prince was also well known for his famous tussles with music moguls. One time he called them out for trying to shove artists like Katy Perry and Ed Sheeran down people’s throats.

These two artists are major musicians and entertainers, which makes it obvious that it takes a lot more than that to impress Prince. His artistry infamously made him a lot of enemies among other celebrities but also made him detest other things too.

He often spoke out about his hatred for other artists doing cover versions of his famous songs. Imitation was far from a form of flattery in his eyes, and he would often call out other prominent artists on it.

Adam Levine from Marron 5 once covered a Prince song, and once it was released to the world, Prince had a few things to say about it. He said that their version added “nothing new” to the song. He did not like cover songs and felt they took away from the original artist’s work.

Taking On The Establishment

After signing his first record deal with the Warner Bros. label at eighteen, Prince went on to publicly tussle with the music giant. Prince’s main qualm with the record label and others was his belief that they exploited and used young artists.

Prince, therefore, advocated for artists to own master copies of their work. He was not unlike another musical legend in that regard but also supposedly had quite the personal rivalry with him also.

What happens when an unstoppable force meets an immovable object? This was the up and down story of Prince’s rivalry with Michael Jackson. The pair did have similarities in style, age, and influence but were also a complete antithesis in other ways.

The rivalry between them came to a boil when Jackson attended a concert of Prince’s in Vegas. During the performance, Prince went up to the end of the stage where Micheal was seated and played his guitar provocatively in Jackson’s face. The incident allegedly upset Jackson a lot.

Rick James and Prince were often compared. The fact that the fellow artists had so many similarities underscored their bitter, decades-long feud. Insiders from both camps have provided many anecdotal stories from both camps.

These included petty things like Prince refusing to sign an autograph for James’s mother. The pair also tried to outdo each other in every way. Sadly, despite the huge rivalry, it seems the only two that couldn’t see how well their styles actually worked together were them.

Prince was known towards the end of his career for having strong religious beliefs. He coupled this with complementary conservatism. However, this wasn’t always Prince’s way. As a style icon, a rock star, and a provocateur in many ways, Prince was renowned as an artist that pushed boundaries with his style and image.

While he was outspoken, not always liked, and sometimes renowned for being a difficult person, he was also loved and respected by fans and other artists. Despite his untimely death, he will never be forgotten.

Aside from his musical genius, unique style, and talent, Prince left behind a legacy of never settling. While some may have thought of him as rude, nasty, or difficult, most knew him to be a generous and deep person.

By refusing to compromise his standards for everyone, he also laid a path for other young artists to follow. A true rock star until the day he died, the world will always remember Prince fondly.