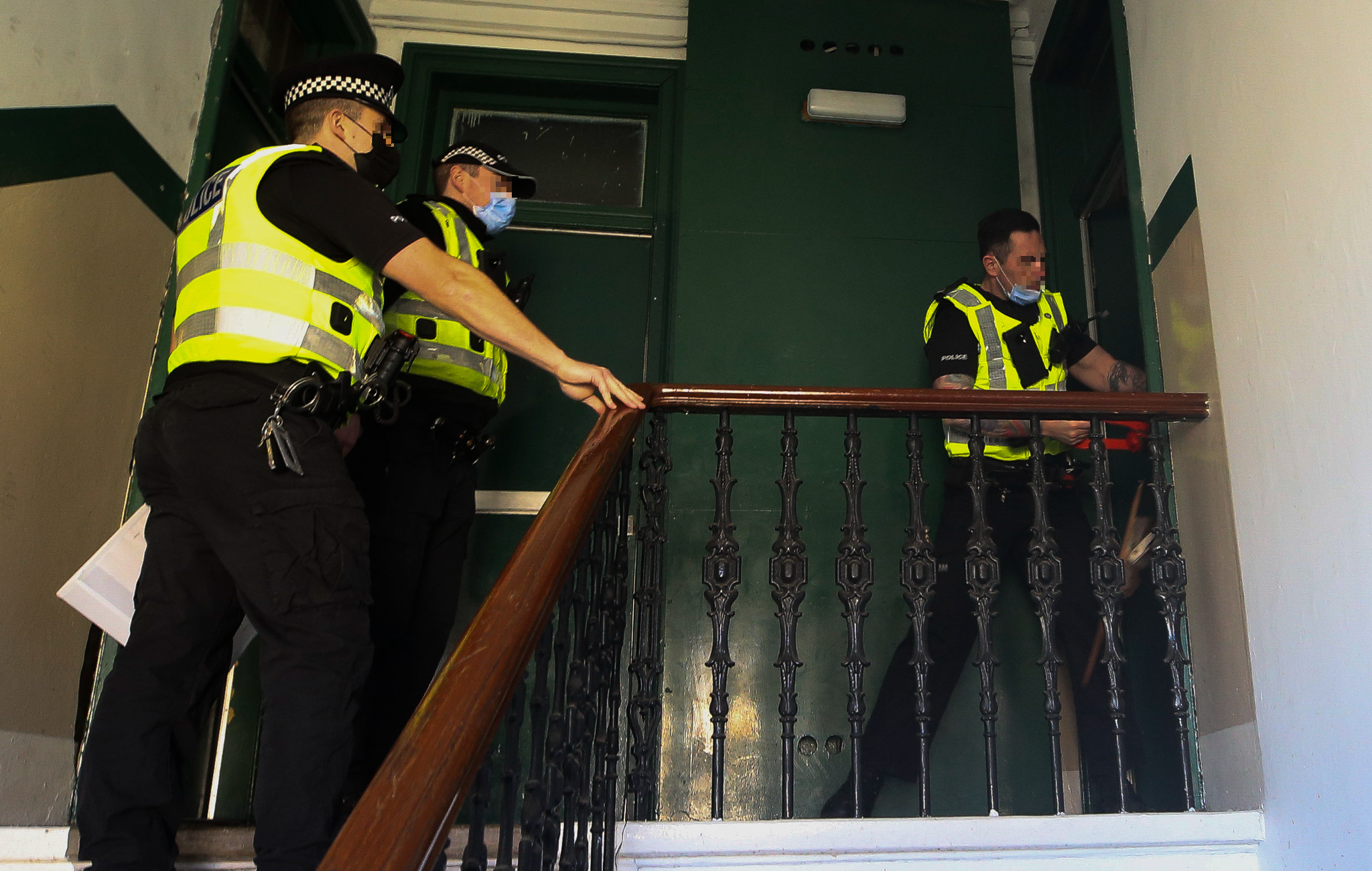 It was a shocking sight for the other residents at the facility. When a parade of officers rushed in and bounded up the stairs, it was a distressing way to start the day as the usual peace and quiet was disturbed.

It wasn’t long before all the commotion drew a small crowd of onlookers from the staff and other residents. One of the nurses whipped out her phone and began recording. That was when the screams were heard.

When the story broke, it caused quite the stir online and highlighted some of the uncouth treatment elderly people are sometimes subjected to. Opinion was somewhat divided. It was a gray area, to say the least. However, most people agreed that it was unnecessary and heavy-handed.

You be the judge. The story revolves around a 93-year-old woman who had the unfortunate experience of having to deal with law enforcement at that age.

Juanita Fitzgerald was a 93-year-old woman. A native of Tennessee, she had been living in a retirement home in Florida for over ten years. While the change must have been jarring, Juanita had long since adjusted to her life there.

In theory, spending retirement in a facility that was fully stocked with nurses, a host of senior citizen resources, and helpers sounded like a wonderful prospect. However, Juanita never expected things to turn out the way they did.

Problems in life are never far away no matter the circumstances and residents of the home that Juanita lived in, found this out soon enough. It happened when the Lake City PD suddenly showed up.

Not many people at the facility really knew what was going on.The incident was since made public in its entirety and it has polarized opinions across the board.

Juanita was well known by staff and other residents at the home. This wasn’t due to her sociability but rather to her reputation as someone who enjoyed keeping to herself most of the time.

It never escaped the notice of the facility’s biggest gossipers that she seemed to not get along with family and had never received a single visitor there. She never had many friends within the place as well and her relationship with staff was estranged at the best of times.

Juanita could be perfectly nice and reasonable to staff at times. However, she was equally prone to becoming difficult and troublesome when she didn’t get things her way.

Her tantrum usually subsided fairly quickly and staff members had grown accustomed to them. They knew how to navigate her way and things were always under control until the day they weren’t anymore.

Over time, Juanita’s less pleasant side grew worse and more difficult to handle. It culminated in her being particularly nasty for longer. Almost overnight, Juanita seemed to take issue with everything and everyone around her.

The staff were left confused as to why this was happening and found it difficult to not grow a little bitter towards her. Juanita’s mood swings were now lasting for hours and left her in terminally bad moods for days on end. Most of her foul mood seemed to always focus on one thing.

Juanita began growing obsessive in her complaints about mold in her room. Her issue with the “mold problem” was becoming manic and nurses were soon afraid to enter her room, lest they be treated to another tirade about it.

Professionals were called in to inspect the room ad walls. Juanita refused to accept this and her moods got worse when she was told that there was no mold to be found.

The last common thread of the story was that Juanita refused to accept the findings of the mold inspector. From there, details get a little murky. Between Juanita and the staff, the true story is a little tricky to decipher.

According to the staff, Junaita stopped paying rent all on her own. This fact in itself wasn’t that unusual in comparison to the reasons she gave for why she had stopped.

The staff said that she felt that she did not have much time left on Earth. Her reasoning was that she was sure to pass away at that moment and therefore no longer needed to pay her rent.

Juanita tells it differently. She claimed that the facility’s manager was evicting her without cause and had even refused to take her money despite her trying to pay.  Regardless of the true story, what happened after was considered unconscionable.

One day, a police car pulled up in front of the seniors’ home. A patrol of officers came out, entered the retirement community, and started climbing up the stairs as the shocked residents stared at them.

Then, everyone could hear the screams and shrieks. A minute later, the officers came down the stairs holding Juanita, who didn’t stop yelling at them to let go of her. Then, they got her in the car and took her to the station.

Soon enough, images surfaced of the 93-year-old lady sitting at the police station, handcuffed and in a state of distress, asking the officers to let her go home.

According to the reports, the officers had tried to convince her to pack her belongings and leave the building, as she had been evicted by the caretakers. But she refused. The officers argued they weren’t left with any option other than holding her and escorting her out of the retirement home.

They Sent Her To Jail

After the incident, Juanita stayed a few days in jail, as she didn’t have any other place to go. This has caused a big uproar in the media; many people have found how law enforcement has treated the elderly woman outrageous.

However, a few more details of the story have made it to the reports. Apparently, there’s more to this case than what it might have seemed at first glance.

Nuances To The Story

Juanita has admitted that the retirement home offered to find her another place to live when she stopped paying rent and before the police officers were called. However, she refused to move elsewhere.

After a few days, Juanita was released and started living in a Hotel in Tavares. However, she barely has any means to support herself and rejects any help that is offered to her.

According to Juanita, the only thing she misses is her Bible, which she left in her old room in the retirement community. “I could probably get some more clothes. I’m not doing this for me. I’m doing this for God,” she has also said.