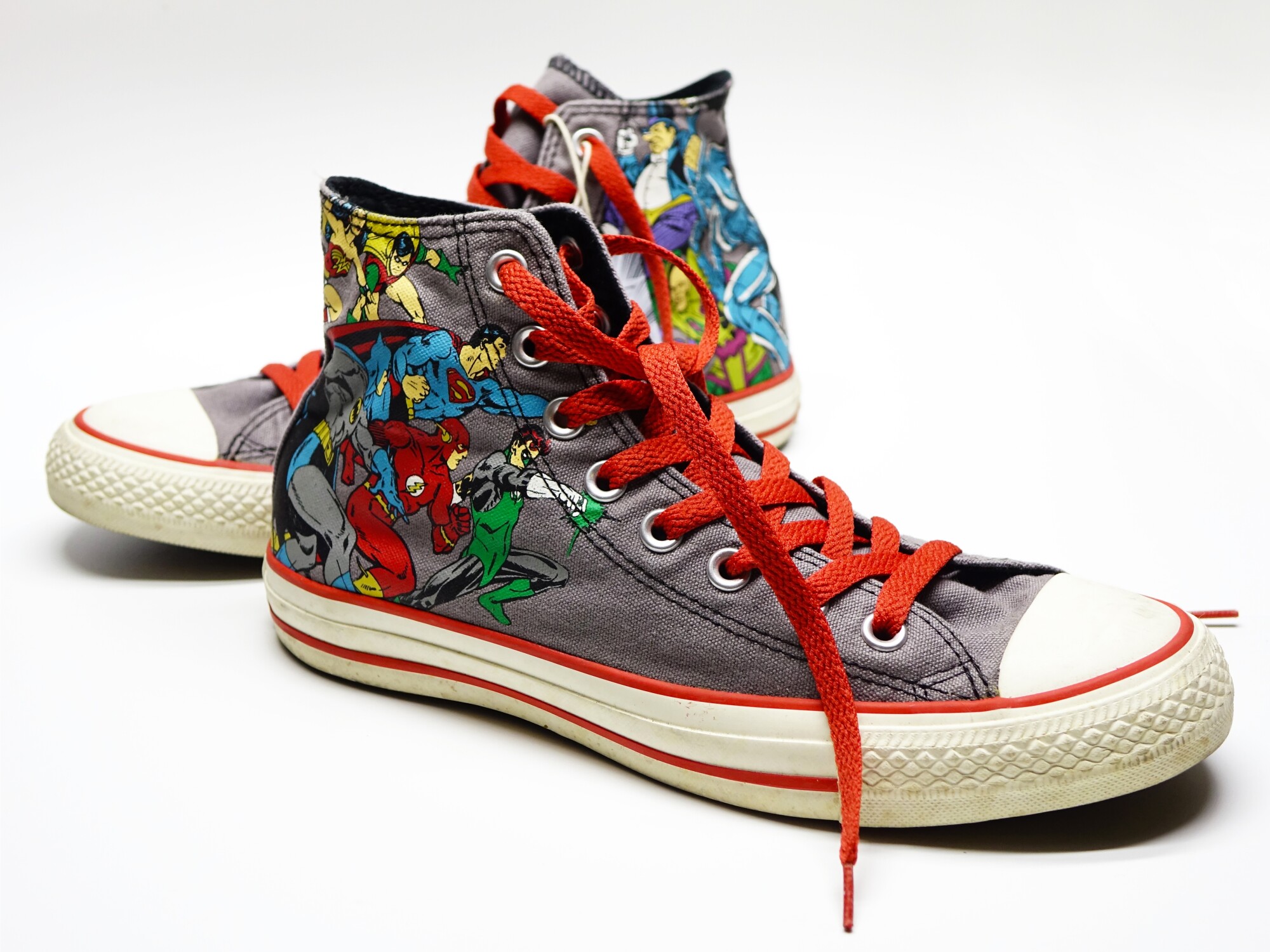 Did you know that Converse has been around ever since 1908? For over a century, they’ve produced over 550 million pairs of shoes!

If you take a look around you, you’ll see right away that this is an iconic footwear brand. You’d have to be living under a rock to not know about Converse, as practically everyone has a pair (or a few!).

Despite its popularity though, many people don’t know about the cool collaborations Converse has done over the years.

Has this piqued your curiosity? Then keep reading for 7 Converse collabs everyone should know about!

Nintendo’s one of the biggest names in the video game industry. They’re responsible for the Super Mario games, which are so famous even non-gamers know who the plumber is!

In 2011, Nintendo worked with Converse to release retro Super Mario sneakers to commemorate the game’s 25th anniversary. The footwear featured the iconic star and Mario himself. Some shoes also depicted scenes from the games, such as Mario jumping over some Goombas and Bowser breathing fire.

If you want a pair for yourself, be forewarned that they’re very hard to get a hold of. Not only are there a limited amount of these sneakers, but they were also only released in Japan. So they’ll be very expensive!

“The Simpsons” has been on TV ever since 1989 and is a household name. Everyone instantly recognizes the yellow-skinned family, especially Marge’s tall blue hair!

In 2013, Converse came out with Simpsons sneakers that displayed not just the lovable family, but also other characters like Sideshow Bob, Moe, and Groundskeeper Willie. These shoes are much more affordable than the Nintendo ones, so if you like to show a goofier side of your personality, then these kicks are perfect for you!

Andy Warhol was a famous contemporary artist known for his bright pop art. If you don’t know him by name, it’s still very likely you know at least one of his works, such as Campbell’s Soup Cans.

Now, let’s be clear: Converse didn’t actually collaborate with Warhol, as he died in 1987, and the collection came out in 2015. But this collaboration includes the Campbell’s Soup Cans print, as well as Andy Warhol’s Banana.

If you want a pair of these Converse sneakers though, it’ll cost you a pretty penny. But you’ll have some pretty outstanding kicks!

Comme des Garcons may sound French, but don’t let that fool you. While it’s a fashion label that’s French in name and is also based in Paris, it’s actually Japanese! It was created in 1969 by Rei Kawakubo, but you’ll find its flagship store in Paris as well.

Comme des Garcons is most well-known for its eye print, where a red heart has two big eyes peeping out. If you love that design, then you’ll be pleased to learn that this eye print’s been put onto Converse sneakers for this collaboration!

That’s not all though. Converse shows off the brand’s best designs so regardless of the pair you pick, it’s bound to match your chic outfits.

This is another collab that Converse did with a non-living person. Kurt Cobain was the lead singer and guitarist of Nirvana, a popular rock band that existed from 1987 until 1994.

Despite Cobain’s death in 1994 and the band’s subsequent disbandment, Nirvana’s songs have remained popular. So it’s no surprise why Converse released these sneakers in 2008. And if you already have the ones with the band’s name and smiley-face logo on it, then you’ll also want these.

The Kurt Cobain collab sneakers feature his actual drawings and scribbles, which were taken from his notebooks. Cobain’s biggest fans will feel like they have a piece of him wherever they go when they’ve got this footwear on.

Here’s yet another collab that Converse has done with a comic/cartoon. We all know Peanuts because of the lovable dog Snoopy, but he’s also got some cute costars, such as Woodstock, as well as the humans such as Lucy and of course, Charlie Brown.

You can showcase these adorable characters by getting the Converse and Peanuts collab kicks. Everyone will know you’re the comic’s biggest fan when you’ve got these on!

Speaking of comics, one of Converse’s best moves is to work with DC Comics. This company has put out some of the best comics (and therefore, movies), such as Wonder Woman, Batman, and Superman.

If you really want to show off your geeky side, then these sneakers are a must. There are some cool designs, like one that shows Joker’s face with “HA HA HA” written all over. When you wear these to the next Comic Con, you’ll definitely receive some compliments!

If these collaborations have inspired you, then browsing online at KicksCrew can satisfy that shopping itch. You’ll be able to add many pairs of sneakers to your collection!

Which Converse Collabs Are Your Favs?

There’s no denying it: there have been many amazing Converse collabs over the years. From Nintendo and “The Simpsons” to Kurt Cobain, Converse has worked with so many wonderful names that there’s bound to be footwear that’s perfect for your personality.

So hop online or head over to your nearest footwear store. When you see all the Converse choices available, you’ll be like a kid in a candy store!

And if you don’t like any of the current collabs, then even plain Converse sneakers will look fantastic on you. You just can’t lose with this sneaker brand!

If you enjoyed reading about Converse shoes, then find more interesting articles by browsing our blog page.