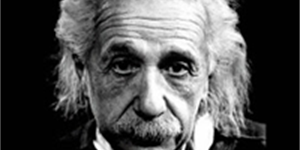 When it comes to Albert Einstein, most people know about his scientific accomplishments, including his well-known theory of relativity and his winning of the Nobel Prize for such works. However, there was another side to the famous physicist; one that was less by the book and pragmatic. In fact, Einstein’s other, more personal, side was a bit eccentric. From his fondness for the ladies to fathering an illegitimate child, there are tons of interesting facts about Einstein that many people don’t know about.

If it’s not already obvious, Einstein was a bit of a ladies’ man in his day. After marrying his second wife Elsa, Einstein continued with his cheating ways. He went on to have an affair with his secretary, Betty Neumann, but the infidelity didn’t stop there. In historical letters, Einstein speaks of romantic encounters with other women, some listed only by their first name, such as Toni, Ethel, Margarita and Estella, while others were identified with only initials, such as M. and Mrs. L. These women not only showered Einstein with attention, but gifts too.

It appears from historical records that Einstein’s relationship with his son, Hans Albert, became estranged around the time Einstein separated from and divorced Hans’ mother Mileva. Hans was not happy with his father’s decision to leave Maric or the little money he provided to her after the divorce, despite winning the Nobel Prize and his promise to give the monetary reward to Maric in exchange for agreeing to the divorce. Matters were further complicated when Hans married Frieda Knecht, a woman Einstein considered unattractive and up to no good. Einstein even went so far as to discourage Hans from having children with Knecht when his attempts to stop the marriage didn’t work. It appears the rift lasted until death as Einstein left little to Hans in inheritance.

Before marrying his first wife, Mileva, in 1903, Einstein had an illegitimate daughter with her the previous year. Maric gave birth to Lieserl at her parents’ home in Serbia. Not much is known about the child, especially since the Einsteins never spoke of her to friends or family or brought the child back to live with them once they were married. Some speculate the child may have been placed for adoption, while others, such as author Michele Zackheim, claim the child was mentally challenged and died of scarlet fever at 21 months of age.

Shortly after moving to Berlin and during his marriage to first wife, Mileva Maric, Einstein began a romantic relationship with his first cousin, Elsa Einstein Lowenthal. Einstein and Maric eventually divorced in February 1919, leaving him free to marry Lowenthal that summer. However, that almost didn’t come to pass. In 1918, he considered breaking up with Lowenthal to marry her oldest daughter, Ilse, who was only 20 years old at the time and 18 years his junior. Unfortunately for Einstein, Illse didn’t share the same feelings. Thus, Einstein married his cousin Elsa as planned and the marriage lasted until her death in 1936.

After Albert Einstein’s death April 18, 1955, Dr. Thomas Harvey, a pathologist at Princeton Hospital who conducted Einstein’s autopsy, removed and preserved his brain—without the family’s permission. Dr. Harvey placed the brain in a jar of formaldehyde and took it home. This erupted into a huge scandal that resulted in Dr. Harvey losing his job and being disgraced before the medical community. Claiming a duty to science, Dr. Harvey never returned Einstein’s brain. Instead, he dissected it and gave pieces to various neuroscientists over the years. He later claimed Einstein’s son Hans Albert gave him permission to do so; however, the family has denied these claims.
Must Read
She Sees A Pregnant Beggar, But Then Realizes Something Is Off
Sleeping Worker Irks Woman, Her Rant Backfires In A Big Way
Man Finds Old Gold Mine On Property, Runs Away When He Steps Inside