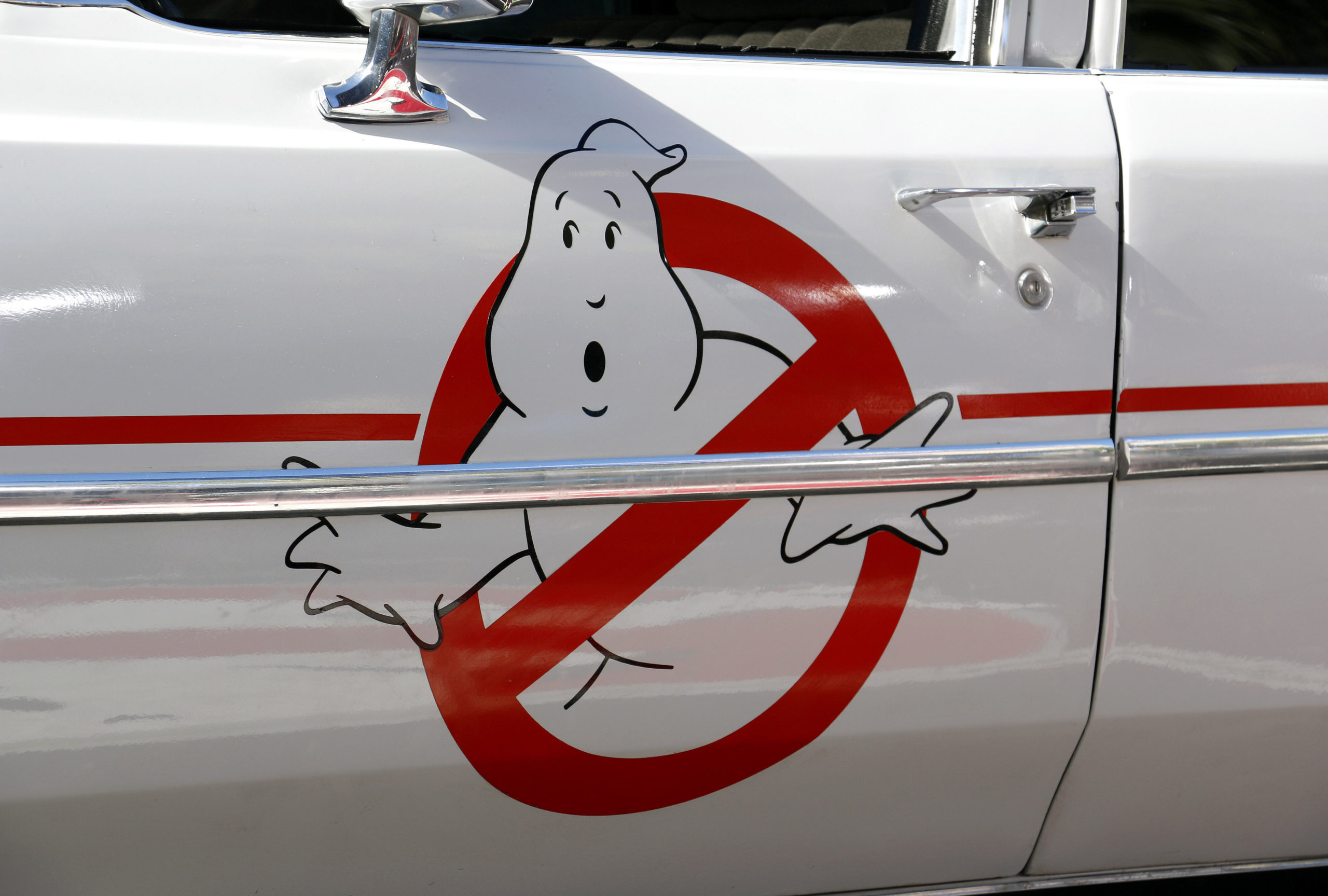 Horror is de rigueur for films released around the year’s scariest holiday, but some moviegoers would rather laugh than scream come Halloween. While spooky comedies are harder to come by amongst the abundance of horror movies, several of the best Halloween movies are chock-full of chuckles. Whether they’re deliberately humorous horrors or gore films so bad they’re funny, these sometimes-scary films will have you giggling.

What do you get from an ‘80s movie that combines zombies and Valley girls? One of the most hilarious horror films ever made. This like totally unintentionally funny flick features “Fast Times at Ridgemont High’s” Kelli Maroney as a machine gun-toting cheerleader and “Weekend at Bernie’s” Catherine Mary Stewart as her tough tomboy sister as they take on the zombie-like monsters created by a passing comet. The film cashes in on all kinds of campy 1980s trope, including a scene that sends these last two girls on earth on a shopping spree in a zombie-filled mall.

Long before Peter Jackson created Hollywood history with “The Lord of the Rings” fantasy film trilogy, he made his first foray into Tinseltown with “The Frighteners”—a comedic supernatural thriller starring Michael J. Fox. Fox as Frank Bannister, a failed architect who’s been cursed with the ability to see ghosts after witnessing the suspicious death of his wife. Bannister capitalizes on his curse by enlisting the humorous spirits of an Old West Gunslinger, a nervous nerd and a 1970s afro-combing gangster to con locals into paying to have their homes “exorcised” of annoying spirits. All goes well until a serial killer’s ghost and a bizarre, cult-obsessed FBI agent come knocking on Bannister’s door.

“Who ya gonna call?” Well, if you’re looking for some campy 1980s fun, you’ll be dialing up the Ghostbusters this Halloween, of course. In “Ghostbusters,” funnymen Bill Murray, Dan Aykroyd and Harold Ramis clean up the streets of New York City by zapping away the supernatural spooks, that is until a stuffy city official threatens to shut down their operation. Meanwhile, the equally hilarious Rick Moranis, Annie Potts and Sigourney Weaver offer their own moments of comedic relief playing roles that created some rather humorous love triangles. Along with featuring the iconic giant Stay Puft Marshmallow Man, this flick also introduced one of the silliest specters ever imagined – the unforgettable green glob ghost known as Slimer.

“Hocus Pocus” offers spooky family fun that actually takes place on the holiday itself as it tells the tale of three witches who return after 300 years to suck the lives out of Salem’s children. Unfortunately, the Sanderson Sisters (played by funny ladies Bette Midler, Sarah Jessica Parker and Kathy Najimy) didn’t anticipate the terror they’d face returning to a technologically advanced world. Comedic chaos ensues as the trio chases after three children (Thora Birch, Vinessa Shaw and Omri Katz) who’ve stolen their magic book which holds the key to their immortality.

A dead-end job. A dying relationship. Shaun’s pathetic life is gasping its last breath and he’s too comatose to save himself. That is, until a horde of flesh-hungry zombies threatens to actually kill him. Spurred to action by the undead apocalypse, Shaun finally fights his way through the walking corpses invading North London to resurrect his lifeless relationship or die trying—that is, unless his brain-dead best friend, his sweet, nagging mother, his disapproving step-father or his zombified roommate do him in first.