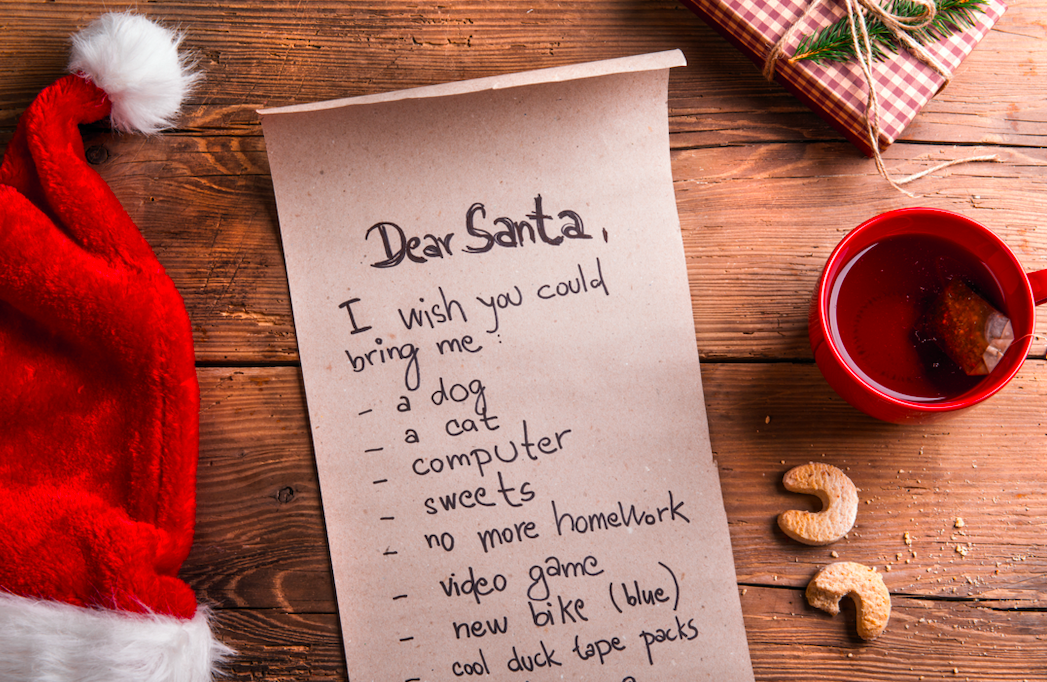 Kids these days are asking for the latest iPhone, video games, and name brand clothing on their Christmas wish lists. Children nowadays are missing out on the joys of a yo-yo and Pet Rock. Those were the good ol’ days.

We have put together for you some of the most popular toys of Christmas over the past years. Get ready to take a walk down memory lane with these. Maybe you even asked for a few of them when you were younger?

In 1936, the most popular board game was invented, Monopoly! The real-estate focused board game that has you buying properties and trying to bankrupt your challenger is a group favorite. Most people either love or hate this world famous board game.

Richard James was a Mechanical engineer who invented the Slinky by accident. The engineer was working to devise springs that could keep sensitive ship equipment steady at sea in 1943. He accidentally knocked some samples that he had off of a shelf. To his amazement, they gracefully “walked” down instead of falling.

Did you know that Mr. Potato Head was the first toy advertised on television? It has remained in production since its debut in 1952. Originally, the toy was made as separate parts with push pins. You could stick the parts into a real potato or other vegetable or fruit. In 1964, after complaints about rotting vegetables and safety regulations,  Hasbro began including a plastic potato body.

Barbie was launched in 1959 as a fashion doll by Mattel. Barbie is one of the most profitable line in Mattel. They have sold over a billion Barbie dolls.In 1987, the Barbie brand was spread out though animated films, television, video games and music.

In 1963, the Easy-Bake Oven by an Ohio-based toy company. Originally, the Easy-Baked Oven was heated by two 100-watt incandescent light bulbs. It was designed to look like a conventional oven. Hasbro still sells it today. The oven comes with cake mixes and small round pans. You can buy additional mixes and pans for a variety of bakes.

The original G.I. Joe was introduced in 1964 representing four branches of the U.S. armed forces, Army, Navy, Air Force and Marine Corps. The 12-inch toy was a realistic action figure produced by Hasbro. G.I. Joe is now available in television series and movies.

Operation was invented in 1964 by an industrial design student. He sold his rights and was produces by Milton Bradley. You get to “operate” on “Cavity Sam” with tweezers and try not to touch the edge of the openings. If you do touch the edge, a loud buzzing and right light flashes on the patient’s nose. It is currently created by Hasbro.

Battleship originally was a pencil and paper game, dating back from World War I, in the 1930’s. In 1967, the board game was released by Milton Bradley. To play the game, you need to guess where the other player’s fleet ships are set up and set yours up strategically to not get sunk. To destroy your opponent’s fleet is the objective of the game. Today there has been electronic versions, video games and even a movie has been created.

Originally, Lite-Brite was marketed in 1967. It is a lighted box with colored, small pegs that light up and can create a picture. While creating pictures you can use a template or create your own lighted up masterpiece.

Mattel made Hot Wheels in 1968. They are a brand of die-cast toy cars. Originally, they were created for young children but have become popular to young and adult collectors. Mattel even started producing race tracks, sold separately.

UNO was developed in 1971 by Merle Robbins in a suburb of Cincinnati. He took $8,000 and made 5,000 copies of the game made. He sold the game to local businesses. Eventually he sold the rights to UNO to a group for $50,000 plus royalties of 10 cents per game. In 1992, that group became a part of the Mattel’s family of companies.

Tonka has been a favorite for over 70 years. A producer of toy trucks the company is known for its steel construction type trucks and machinery.

The game, Connect 4, was first sold in 1974.  Two players take turns putting their color disks into the grid. The winner is the first to get four in a row horizontally, vertically or diagonally of their own color.

Keeping it simple, the Pet Rock was created in 1975 by Gary Dahl. The rocks are collected from Mexico’s Rosarito Beach. Your Pet Rock came in a custom cardboard box with small breathing holes on the sides. Over a million pet rocks were sold for $4 each and Dahl became a millionaire.

Atari is a console home video game. It was released in 1977. It had two joystick controllers, a joined pair of paddle controllers and a game cartridge. The original  cartridges were Combat and later Pac-Man.

Simon was sold in 1978. It became a pop culture in the 1970’s and 1980’s. An electronic game of memory skill. With a series of noises and lights, the game has you memorize patterns and repeat them. If you are successful, the patterns become longer and harder. Once you fail, the game is over.

In 1978, Hungry Hungry Hippos came out as a tabletop game for 2-4 players. The player needs to collect as many marbles as their hippo can get. The winner is whomever gets the most marbles.

A 3-D puzzle, the Rubik’s Cube, was originally invented in 1974. It was first called the Magic Cube. In 1980, it won the German Game of the Year and was released world wide. Each face of the cube can be moved independently. To solve the puzzle you must first mix it up. Then you must return all colors to its one side showing only one color. 350 million cubes have been sold since 2009. It is still sold today and is in use.

Xavier Roberts created the, The Little People, in 1978. It was renamed, Cabbage Patch Kids, when the dolls went into production. The dolls were “born” in a cabbage patch and you would get to “adopt them. These dolls became on of the most popular toys of the 1980’s. Before Christmas in 1983, America went crazy for them. The demand was so high and the dolls were so scarce, that riots broke out in stores. Cabbage Patch Kids went on to produce cartoons, music and board games.

The Transformers are a toy line that can shift and change from an animal, vehicle or a device, to a robot action figure and back. “Robots in Disguise,” was their motto. There were Autobots and Decepticons, to choose from. Transformers branched off into books, cartoons and movies.

An animatronic toy, Teddy Ruxpin is a bear that reenacts stories from audio cassettes. It was eventually updated to a digital cartridge instead of a cassette.  In 1986, a cartoon was debuted with all of the characters from the stories.

In 1986, Lazer Tag, an infrared pursuit game was introduced. Lazer Tag inspired a television series. It was an animated series, Lazer Tag Academy. It aired only one season on NBC. In addition, three Choose Your Own Adventure books were also released based on the game.

In 1987, the Koosh Ball made of about 2,000 rubber strands was released in a variety of colors. Eventually, a line of Koosh balls with cartoon faces and hands, the Koosh Kins, were released. As of 2017, a new line that consists of toy blasters that fire toy ball was cross-promoted with Angry Bird Star Wars.

Nintendo Entertainment System was a huge hit in 1988. With groundbreaking games such as Super Mario Bros, The Legend of Zelda and Metroid it was one of the best selling consoles of its time. Nintendo sold 7 million units in 1988 revolutionizing video games. This led the way to more Nintendo home consoles such as, Game Cube and the Wii.

Game Boys is Nintendo’s first handheld gaming system. When it came out it beat every other handheld device out there. They sold more than 118 million Game Boys in 1989 and its successor, the Game Boy Color worldwide.

Originating from comic books, the Teenage Mutant Ninja Turtles (TMNT) are teenage superhero mutant turtles. They battled criminals all over New York and when finished returned to their sewer home. They expanded into a cartoon series, movies, video games, toys and other merchandise.

The Barbie dream house was a huge hit for Christmas in 1992. The house came with 3 moveable parts. The windows and doors even opened and closed. Every room was furnished and it came with over ninety accessories in all.

The Talkboy was first thought of as a prop for the 1992 film Home Alone 2. There was a huge demand for a real one so eventually, a retail version was created. It became one of the most sought after toys. The creators had to pull ads for it because they couldn’t keep up with the demand.

The Mighty Morphin Power Rangers started with a television series in 1993. The Power Rangers brought action, adventure and team work. This American series became a sensation in the ’90s and featured teenagers who would morph into superheroes to battle bizarre baddies. Toys and merchandise that were released that year sold by the thousands and in the years to come. In 1994, the action figures were flying off the shelves in time for Christmas.

Beanie Babies were stuffed animals that were filled with beans rather than stuffing. Kids and adults wanted to collect them all. In 1995, the sales went off the roof. People were selling rare Beanie Babies even on eBay. Today you can still buy updated style Beanies.

Elmo from Sesame Street was in huge demand as a Christmas present in 1996. The supply of this Tickle Me Elmo could not keep up with the demand. It lead to parents fighting for them in the stores. There is a rumor that someone purchased one for over $7,000!

The original virtual reality pet, Tamagotchi was a hit in 1997. You had to feed, wash and take care of your little pet. If you didn’t take good care of them they would die. If your virtual pet dies, you would have to start all over. By 2010, over 75 million Tamagotchi were sold.

In 1998, the Furby was introduced. Furby is an electric furry friend. It would talk and blink its eyes. The demand was so high that come Christmas time the price of a Furby jumped majorly. Over 40 million Furby’s have been sold across the world.

The Pokémon cartoon transformed into a trading card game. It was the top-selling toy of the year in 1999. There were Pokémon toys and other merchandise took the world by storm. Pokémon is still going strong today.

In 2000 the Razor Scooter was the gift that every kid wanted for Christmas. Alone, the scooter sold over five million scooters that Christmas. It became so popular after Dan Green landed a backflip on one.

Barbie released the title of top-selling toys for girls when Bratz dolls came out. Bratz are an American product of fashion dolls. The four dolls released were Yasmin, Cloe, Jade and Sasha. They had large eyes with heavy makeup and glossy lips. Also released were movies and other merchandise.

A Japanese toy that came out with spinning tops. Beyblades were used by kids all over the world. They would have battles between the two spinning tops. Eventually, they would hold Beyblade competitions with thousand of spectators.

The Xbox 360 was a huge hit in 2005. The console from Microsoft sold just in time for Christmas. The expected to sell a lot more, but managed to sell six million in Europe by 2008.