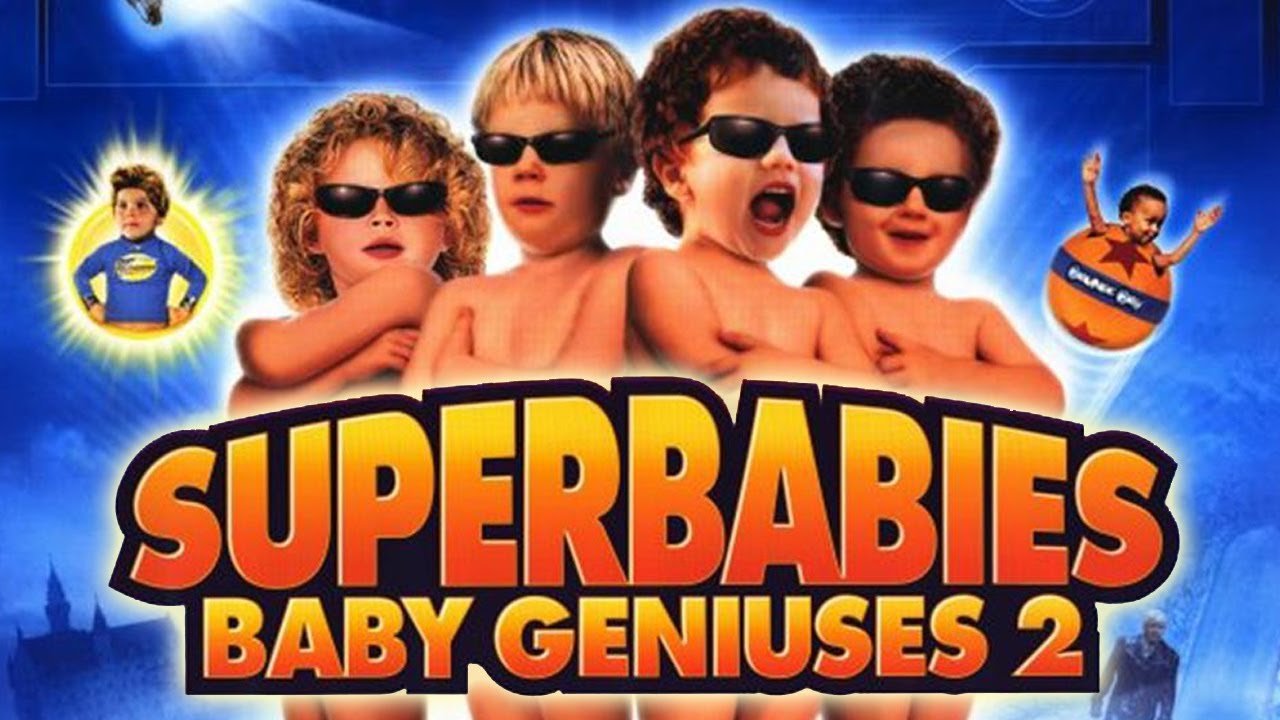 There are a million listicles out there boasting the “best movies of [fill in the blank]” or the “highest rated movies of the year.”  To change it up, we’ve checked out websites like Rotten Tomatoes and IMDB, whether it’s for recommendations or just for fun. But film lovers know there is something peculiarly fun about watching some of the worst rated movies—films so bad they make you cringe and sometimes laugh. It’s why films like The Room become cult classics.

For research purposes, we’ve put together a list of the worst rated films on Rotten Tomatoes. Almost all of these films have received a 0 percent from critics and fans alike.

Do any of these worst rated films ring a bell?

It seems even the shiny cast couldn’t save this movie from the wrath of Rotten Tomatoes critics. Ballistic is the story of two former government agents, Ecks (Antonio Banderas) and Sever (Lucy Liu), who are on a quest (read: “battle”) trying to find the deadliest weapon there is on the planet.

Let’s just say that from there, things get especially tricky. And yes, we actually mean tricky; most of the reviews on Rotten Tomatoes claim they were “lost” and had no idea where the story was going. Many critics deemed the movie a career low for the successful actors. Either way, this movie did not do well, and it earned the title as the worst rated movie on Rotten Tomatoes.

Horror films can be hit or miss, but Rotten Tomatoes critics were not loving this remake of a Japanese film starring Shannyn Sossamon and Edward Burns. The story follows, terribly, a series of strange deaths that occur in a town when the residents start receiving phone calls where they heard themselves being killed.

The story seemingly fell short since the movie received an average of 2.5/10 and a famous 0 percent in ratings.

Every good actor has those few films where you ask yourself, “Why?” That’s exactly what critics said after watching A Thousand Words by Brian Robbins. Kerry Washington and Eddie Murphy star in this bizarre film about a magical tree that counts the words you say.

Once the tree has no leaves left, your life is over. If the plot isn’t enough to keep you away, then the 0 percent rating and 3.5/10 average on Rotten Tomatoes certainly will.

Sometimes it’s a good idea to leave the classics alone. The general consensus is that this version of the classic tale is just terrible.

From the strangeness of a 50-year-old playing a fake boy to the wild adventures he has with the blue-haired Tinker Bell, it’s safe to say this movie is one of the worst rated movies on Rotten Tomatoes ever.

Since the success of the 1999 film Baby Geniuses wasn’t enough, Sony decided to pick up the storyline and make a sequel. The two films together could probably been named one of the worst pair of films ever made.

From the superhero babies to the cheesy one-liners, Baby Geniuses 2 seemed to outdo its predecessor in bad movies. Even cute babies couldn’t save this film from plummeting.

Perhaps nothing is worse than a bad comedy film, and apparently, National Lampoon’s Gold Diggers was as painful to watch as anything. If the title isn’t enough to bore you, then the plot will.

Picture this: Two stupid twenty-somethings plan to kidnap rich elderly women, then attempt to marry them for their riches. And yes, it is as stupid as it sounds.

A film from this year made it on the list. If you’re familiar with the original Gotti from 1996 or stories about mobsters, then maybe this movie would have piqued your interest. For those of you who don’t know, this is the story about the infamous crime mobster John Gotti.

Well, John Travolta’s attempt to portray Gotti fell extremely short in the film this summer and disappointed nearly everyone. Maybe it’s time to give the tired gangster tropes a rest?

Yet another failed comedy makes this list. The story of an awkward small-town nobody following in the footsteps of his former-porn-star, now-conservative parents in L.A. sounds just about as bad as it is.

The movie was about as boring and overdone as it sounds. Sometimes an exuberant amount of sex jokes doesn’t work to make a movie funny or even bearable to watch.

What do Taylor Lautner, Steve Buscemi, Adam Sandler, Danny Trejo, Nick Nolter and Terry Crews have in common? They all starred in this terrible western spoof where the six men discover they have the same father and go on a quest to find him.

Sounds strange, right? Well, according to critics, the movie was just that. The title perfectly explains the film, and critics claimed the offensiveness alone was unbearable to watch.

The ’80s classic great white shark returns to the screen in this thriller. Jaws is the movie that gave us that iconic “scary” violin sound and made us swear we would never swim in the ocean again.

The sequel follows the widow of the police chief from the first two movies trying to find out why the shark has targeted her family for death. There’s only so much you can write about a giant shark on screen before it gets old.

One glance at the plot may make this film seem like an interesting, brooding, dark mystery, and the Dark Crimes film was definitely hyped during its promo, but according to Rotten Tomatoes, this film failed to convince audiences.

But don’t worry Jim Carrey fans; it wasn’t his acting that was the issue, it was the writing and directing. With unconvincing twists and turns and a slew of disturbing scenes, critics granted ita 0 percent on Rotten Tomatoes.

So either 2018 is a good year for bad movies, or it was a bad year for good movies. Hm. Either way yet another 2018 film has made its way onto this list.

Dominic Cooper stars in this complex action film. Stratton follows the story of a secret agent but almost feels like a spoof of other, better-made action films.

What is it with terrible films being picked up for a sequel? If the first Blue Lagoon wasn’t enough to make you laugh out of sheer cringe, then maybe a second one will. Except the second one wasn’t anywhere near as charming as the first one may have been.

Well the Return to the Blue Lagoon can be placed under that sad category. The film, which follows the life of two new scantily clad teens washed ashore, seemed to bore everyone. The pretty scenery and pretty cast weren’t enough to make a lasting memory like the first one did.

This can be added to the list of bad Christmas movies we have had to endure. What makes it even worse is the oversaturation of The Nutcracker. This story is everywhere, and every once in a while, someone tries to remake it.

The Nutcracker in 3D failed to deliver the magical feelings of the enchanting musical. Critics called it a “misguided children’s film” with “terrible execution” and a manifestation of “repressed childhood trauma.” Whew, a mouthful.

If there were a separate list for the worst comedies of all time, then this one would probably make it on there. Maybe a Western-comedy is just extremely hard to do right, but this is one of two of the worst rated movies on this list.

Wagons East is the tale of a group of people tired of living out on the frontier. They gather their things and decide to leave when they are stopped by a group of pro-frontier people who want to keep them from leaving. A whole 107 minutes later, you’ve gotten nothing but a couple of yawns in.

I guess a comedy about a convict trying to avoid the three strikes to stay out of prison isn’t in any way funny. At least that’s what critics are saying about this movie starring the co-writer of the hit Friday. Even with Friday‘s success, 3 Strikes completely flopped and has become almost unknown.

The movie relied too much on tired narratives and unfunny jokes, plus the character played by Brian Hooks generously exceeds the three strikes against him. So essentially the entire point is lost from the beginning.

There really isn’t much else to say about this movie, because according to the ratings, the plot was both boring and unclear.

Cabin Fever is yet another pointless remake that completely missed the mark. It’s yet another story about a group of young adults who retreat to a cabin in the woods for the weekend.

What was supposed to be a normal fun weekend of friends turns into a bloodbath of murders. Unfortunately, this movie didn’t impress anyone. The only thing that impressed moviegoers was its good costume design.

Sometimes people think that all it takes to make a good movie is throwing together a bunch of fast cars, hot girls and aimless action. I mean heck, maybe it worked for big franchises like The Fast and Furious or Transformers.

But back in 2007, Daniel Sadek’s attempt fell short. Extremely short. That is exactly how some would describe Redline, Sadek’s attempt at an exciting auto action thriller. There really wasn’t much else to the movie besides that.

It’s sad when John Travolta appears more than once on this list, but Staying Alive is another one of his flopped films that have received some of the worst ratings on Rotten Tomatoes.

Staying Alive is a sequel to Saturday Night Fever that is set six years in the future. The sequel was unfortunately devoid of all the charm that the first one had. Critics claimed that the sequel couldn’t be further from the original.

So have you seen any of these worst rated movies? Comment below!