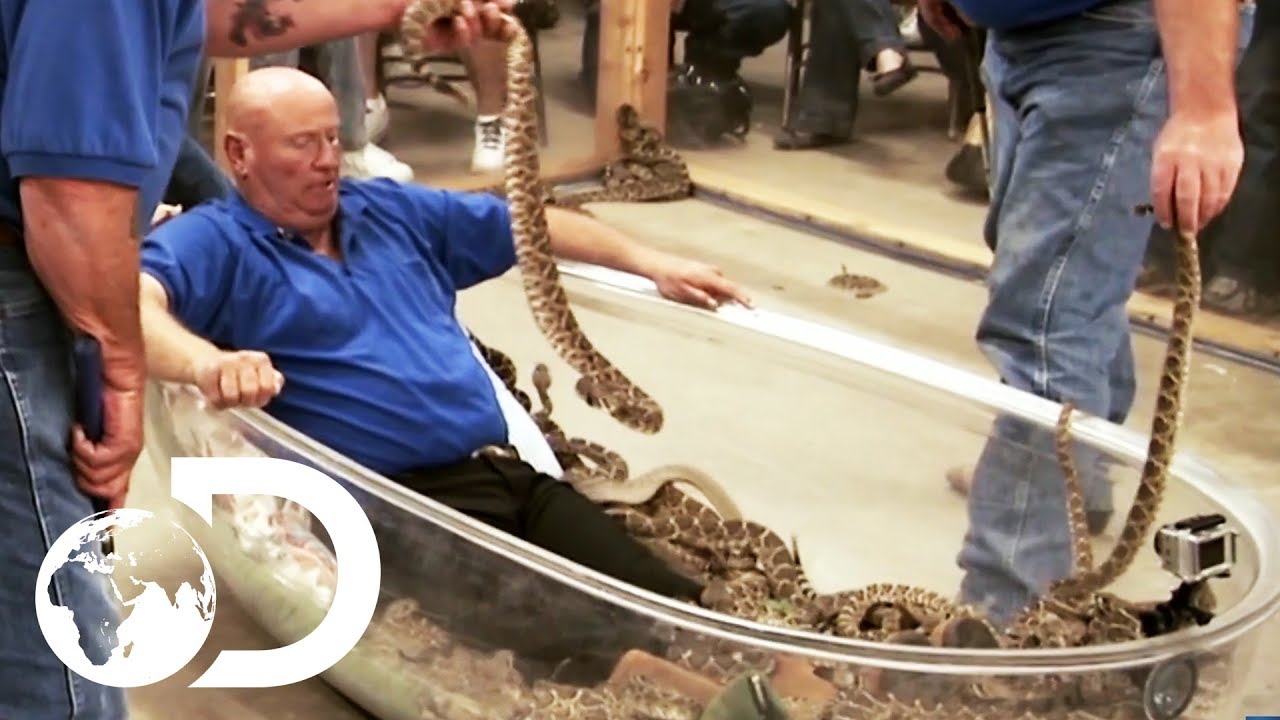 We humans seem undeniably drawn to and impressed by records, even if some of these records are weird world records

There is simply something impressive to us about anything that is the best at something. Or the biggest. Or the highest, the deepest, the fastest and so on. It hardly matters what something in questions is. Think of it like this: an ordinary ball of yarn is hardly impressive, right? It’s in no way special (provided you are not a cat and are not in the process of knitting a sweater, that is). But yet people all over the world make claims to have the World’s Biggest Ball of Yarn, and clearly, that garners interest. Even something as prosaic as yarn becomes something of a marvel when it sets a record.

Why this is the case, we shall leave to psychologists. We’re not here to get into all that fancy science. We’re here to tell you about some of the craziest records anyone ever bothered to record. Which, of course, means someone else (or many people, in some cases), either strove to set them or happened to be lucky or unlucky enough to do so unwittingly.

Skydiving can be extreme for some, and many enjoy the thrills. But for the professional skydivers, just jumping out of the plane isn’t enough. These professionals always want to push the limit, which was what brought 217 skydivers together.

Jumping from 10 different planes at a speed of 120 mph, the skydivers formed a formation before disengaging and everyone parachuting down to the ground.

This definitely one weird world record that many wouldn’t risk.

Having to go through just a tattoo kind of hurts, so filling your whole body with ink seems crazy to a lot of people. Regardless of the discomfort getting a tattoo causes, Julia Gnuse had 95% of her body tattooed, including her face.

Now, setting this world weird record for Julia was not something she did to show how weird she was. She suffered from a rare skin condition that caused her skin to have blisters. She got the tattoos to cover the scars.

In her last year of life, she tried to have all the tattoos removed through laser treatment. She died in August 2016.

Rocking a Mohawk would surely get you extra glances when you walk on the street, but keeping a Mohawk with a height measuring 3 feet 8.6 inches will surely get all eyes on you.

That honor goes to Kazuhiro Watanabe, who holds the world record for the longest Mohawk.

Pregnancy comes with its own bag of troubles, but this didn’t stop the women of  India from setting this weird world record when 1506 of them came to a yoga lesson hosted by Dr. Vikrat Pankdey.

The class was held on the International Day of Yoga, and it was an attempt to beat the Chinese world record for prenatal yoga.

In Sydney Australia, 1,016 women came to the beach to have a photoshoot in their swim gear. The shoot was hosted by popular magazine Cosmopolitan to promote self-love for women.

First, this is bound to cause you extreme pain

Being run over by a car could also mean instant death or life-threatening injuries, so why bother with setting this record?

But this didn’t mean anything to Attia Banyai, who was run over by a jeep four times. This is certainly a valuable candidate for any list of weird world records.

With the reputation of bees, most people don’t want to be within a mile radius of them, much less let them be all over you.

But Ruan Liangming is obviously less concerned about being stung. He covered himself with almost 320,000 bees weighing about 320 kg to use his body as a nest.

Fancy waking on a tightrope between two buildings.

Well, Nik Wallenda doesn’t mind as he owns the record for the longest tightrope walk. He walked 470 meters along a rope hung over 10 story high buildings.

A  teacup that could serve as a swimming pool? That would be the size of the teacup that was used to prepare the largest amount of coffee.

The cup contained 4,250 liters of cappuccino, which was prepared by 33 workers. The cappuccino took them 16 hours to prepare.

While we are encouraged to cut our nails, people often decide to grow their nails.

Ayana Williams decided to take grooming nails to a higher level by keeping them for about 20 years. Her nails had a combined length of 576.4 cm (18 ft 10.9 in).

5.) Most Distance on Unicycle in One Day

A British gent by the name of Sam Wakeling rode 281.85 miles in under 24 hours… on a unicycle.

Yes, he set the record for the most distance covered in one day while on a unicycle, and yes, the achievement required fitness and determination. But we still just have to ask: why? Does he just want to be famous for setting weird world records?

OK, this is a more typical record, and one based off an arguably unfortunate medical condition. However, we are genuinely in awe of this gentleman.

A certain Stephan Bibrowski had hair covering almost every square inch of his body, and most of that hair was thick and many inches long. Lots of people have been afflicted with similar conditions, but not all of them capitalized on it. Bibrowki traveled the world calling himself “Lionel, the Lion-Faced Man!”

This record gets usurped every few years. Only a few years ago, the home of the largest hamburger was in Pleasanton, CA. It weighed in at 777 pounds.

But as of July 2017, the world’s largest hamburger came from Pilsting, Germany. The giant food item weighed 2,566 lb 9 oz, and the hamburger had everything you’d expect. With three delicious meat patties, lettuce, tomatoes, cucumbers, onions, sauce and a bun, this creation made its six creators into holders of one of the weirdest records.

2.) The World’s Largest Ball of Paint

If you are lucky enough to be passing through Alexandria, Indiana, you could stop and see this 3,500-pound ball of paint.

Michael Carmichael and his wife are the owners of the massive ball of paint. The story of the ball of paint started when Carmicheal dropped a baseball into a pail of paint and continued painting it until he had a sizable 22 lb orb covered in approximately 1000 coats of paint.

This simple mistake made into the list of the weird world record in the Guinness Book.

1.) Sitting in a Tub With the Most Rattlesnakes

This list-topper falls into the category of records that someone might do because it’s so strange and improbable that no one else has done it yet. A man named Jackie Bibby sat in a bathtub with 87 rattlesnakes for the better part of an hour.

Did someone really sit in a tub with 86 at some point? The answer, so far as we can tell, is no. And we doubt anyone is going to get themselves 88 rattlers, a bathtub, and an hour of free time anywhere in the near future. So, Mr. Bibby, we guess you win.

Do you have any types of records you like to follow? Got any crazy records you yourself have set? Maybe you have a great collection of spoons or pencil cases or something? Whatever it is, be proud of yourself, as you are part of a noble tradition. Click the next button to see more weird content: the weirdest looking animals in the world.