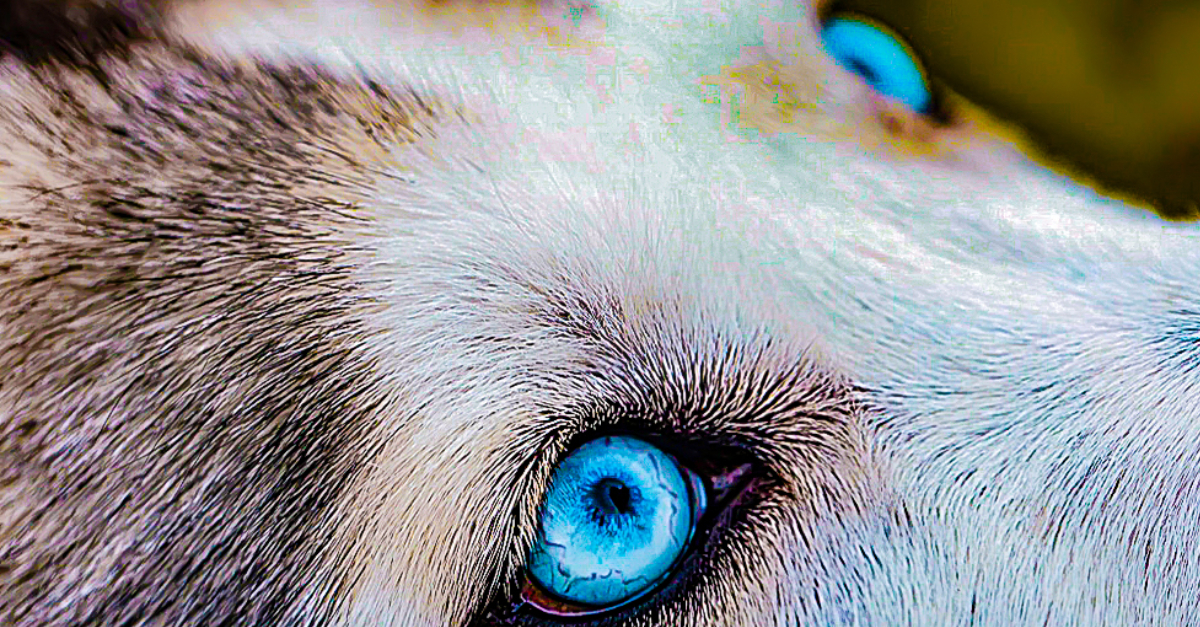 Her eyes ached and her heart was tired, but she continued to search – just like she had been doing for the last two years. Only this time, something was different.

Something in her gut told her to check the microchip records. She typed furiously as she logged in and suddenly, there it was. Someone had taken her best friend. She knew that now. And it was time to make them pay.

Kameroun Mares was a fighter. In her relatively short life, she’d already fought against cancer and won. But after going into remission, she suffered from severe depression and other health complications. The disease may have been gone, but it had taken a terrible toll on her.

Kameroun refused to let the black cloud hanging over her life pull her down. So, she decided to look for a companion.

After researching the breed extensively, Kameroun decided to get a Siberian husky puppy because her depression was getting worse. Sometimes it was so bad that she couldn’t even get up off the couch.

She knew this breed would need a lot of exercise – which would force her to get up and get moving again. Taking care of a puppy was exactly what she needed. She needed something to need her. Little did she know, her love for this puppy would eventually bring her world crashing down again.

After choosing a pup from the litter and waiting for weeks, it was finally time for him to come home. She named him Semper Fidelis, which means “always faithful”.

Tiny Semper was everything Kameroun had ever wanted and more. Her mood immediately lifted – as if this tiny puppy had kept the Black Dog of depression away from her door. But her troubles weren’t far behind.

Semper was having trouble walking on a lead, which is common for huskies. He had been bred in suburbia, but he had never really forgetten his roots.

Every time Kameroun walked him he’d pull and tug on the lead, fighting her to let him run. She had a small frame and tired quickly, but she knew that if she ever let go it would be the end.

Kameroun and Semper had become inseparable. She loved her dog dearly. During the ups and downs of her illness, he was always by her side. Having such a loyal companion helped Kameroun tremendously and she was feeling a little stronger and a little happier every day. Maybe, she could finally have a normal life.

So naturally, When she moved to Florida in 2015, Semper came with her. But then, the unthinkable happened.

Kameroun’s cancer had come back. She tried to get the treatment she needed in Florida, but it wasn’t covered by her medical insurance in the state. She’d have to return to California – which meant she’d have to leave Semper behind while she got treatment.

With a heavy heart, she said goodbye and left Semper with her roommate. It would turn out to be the worst decision of her life.

Semper was left in Kameroun’s apartment with her roommate as well as a pet sitter – just to be safe. Then, it all went horribly wrong.

While she was at the hospital, Kameroun received a heartbreaking call about Semper. “I was told by my roommate Semper had escaped through the front door,” she explained to ABC News. “I asked, ‘Did he have a collar on?’ My roommate said he didn’t know.”

Kameroun was devastated and took to social media, joining lost pet groups and sharing Semper’s image as widely as she could. She put up fliers and did everything she possibly could to find him. Two years passed with no sign of Semper.

Then one day, as a last ditch effort, she decided to check Semper’s microchip records online. And then the mystery as to his whereabouts only deepened.

Kameroun was feeling particularly low today. The heartache of losing her best friend was only getting worse with time — not better. Tired of feeling helpless, she had an idea. It couldn’t hurt to check… after all, there was nothing left for her to lose.

Opening her laptop, she fired it up and logged into the microchip database that Semper had been registered with. Then she saw something that made her eyes widen.

There was not one record attached to Semper’s microchip, but two. But who had registered the second one? The original registration for the American Kennel Club was there, but there was also a second mysterious record under the name “PetKey.” What’s more, the date that it had been added was around the time of Semper’s disappearance.

Kameroun felt a wave of hope wash over her. Now she suspected foul play. Finally, she had a clue. She was no longer battling a faceless enemy. And she knew exactly what to do.

With renewed resolve, Kameroun hired a private investigator and a lawyer. She wasn’t going to give up on her best friend. Ana Campos Investigations (ACI) worked tirelessly on the case, until one day they made a disturbing discovery. Kameroun’s suspicions were finally confirmed: Semper hadn’t run away after all — he was taken.

But why would the roommate she had trusted have told her that her dog had escaped? There was something fishy going on here.

“In reality, he was never missing; he was sold,” Kameroun said. “He was stolen [by my roommate] and sold from me without my consent.”

That’s when the investigators discovered that Kameroun’s roommate had sold Semper for just $200! But what could they do now? Would they have any recourse? But Kameroun was a fighter, and she wasn’t about to give up now that they had made a breakthrough.

Kameroun battled the legal case in court, and she fought with everything she had. Until one day, it all paid off. The court decided to rule in her favor and declared Kameroun the rightful owner of Semper. Now, she had to get him back. The Sherriff seized Semper from his illegal new owner. After two and a half years, he would finally be returned to her.

Ana Campos uploaded an update on the case on October 18, 2018. Underneath the video, the caption read: “Watch at your own risk of crying immediately. Here is the video and audio from Kameroun Mares reunion with her dog Semper today.”

Semper strains on the lead when he hears his name, and the officer lets him go. He sprints towards Kameroun, eyes wide and tongue lolling out of his grinning mouth. Kameroun awaits him with open arms and kneels to receive him.

After everything she’s been through, she finally has her best friend back! But will he remember her?

Semper hears his name as Kameroun shrieks, then he starts to strain against the leash. The Sherriff holds on as tightly as she can, but he breaks free. Suddenly, he is dashing toward Kameroun, with ears flat and tongue lolling. His tail is a grey blur of happiness as he bounds, closing the distance between them.

Kameroun falls to her knees and opens her arms as the tears run down her cheeks. She finally has her best friend back in her arms. She can hardly believe it’s really him. Then, he does something that dissipates all her doubts.

“He’s still the same as usual,” Kameroun cries. “Just tugging the leash as always.” Kameroun cries tears of joy into her dog’s fur and then leads him inside — back home. But the question remains, how did this happen in the first place?

Who is to be held accountable for Semper’s unauthorized rehoming?

Ana Campos Investigations wrote: “Please keep in mind Kameroun is just 26 years old. She was 23 when this began. For a young girl to have the wherewithal and courage to hire a private investigator and attorney is remarkable.”

She continued, “Shame on Petkey pets for causing her to suffer and spend her savings on fighting for her dog back because of the role they played.”

“He was stolen and sold by her roommate 2 1/2 years ago. She was told he was lost on April 30, 2016. But on April 11, 2016 the buyer added their name to his AKC Reunite “registered chip”. They registered this registered chip on Petkey pets instead. Petkey pets did not bother to see if he was chipped already.”

Nevertheless, Ana Campos Investigations were as thrilled as Kameroun to finally have Semper back!

PetKey’s response was unsatisfactory: “It is a pet identifier,” they claimed. “It’s not a certificate of ownership, it’s just to help pets going in the right direction. Vets, shelters, animal control etcetera. It’s not for the microchip company to determine who the rightful owner is.”

But surely they should have checked for a chip and contacted Semper’s owner?

Nevertheless, Semper’s story serves to illustrate how important it is for people to microchip their pets — if it weren’t for Kameroun’s ability to check Semper’s online microchip records, she may never have seen him again. “The huge wound in my heart can finally start healing,” Kameroun told ABC News.

Kemeroun also advised owners of lost pets to check their microchip records for extra registries: “I implore owners to be aware that this can and does happen,” she cautions.