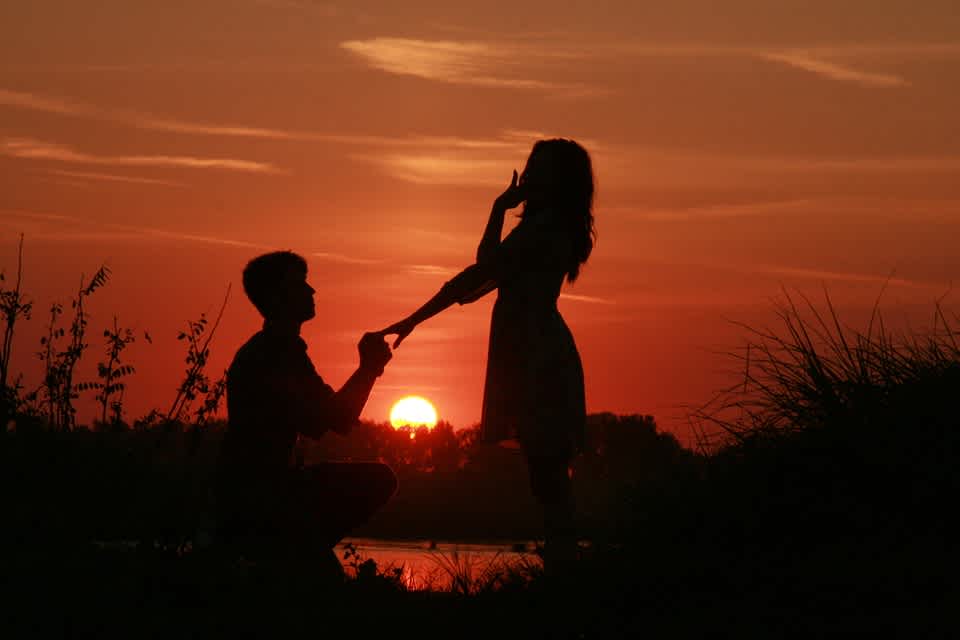 She watched in shock as he got down on one knee and proposed to her amongst the lakes and mountains. The sun was setting and her heart was pounding. She said yes with a face full of tears and hugged him.

But when the shock wore off and she took a closer look at the ring he was putting on her hand, her heart sank. When she discovered how much he paid for it, she secretly humiliated him. Little did she know, he heard everything and he wasn’t about to let it slide.

Sandra met Daniel when she had just graduated from college. From the moment she first laid eyes on him, she knew. She just knew he would be the one she’d marry and after three years of dating, the proposal finally came.

It was a beautiful sunny morning as Sandra prepared herself for a weekend away with Daniel. They always went away together on the weekends, but this time would be nothing like before.

Sandra packed the car and they took off towards the Smoky Mountains where they were spending the next two nights in a beautiful cabin amongst awe-inspiring scenery.

Even though Sandra and Daniel had spoken about getting engaged, she didn’t know when he was going to propose and she certainly had no idea he was about to propose on this trip.

Since Sandra was little, she had dreamt about being proposed to all her life. She loved romance but she also loved shiny and beautiful things. To her, being given a beautiful diamond ring as a token of someone’s love was the greatest invention in history!

So later the next evening when Daniel bent down on one knee and asked her to marry him, it was no surprise that she tearfully and wholeheartedly said yes. But there was a problem.

After the initial shock of the moment, Sandra steadied herself and looked at the ring Daniel was putting on her finger. It was supposed to be a magical moment but instead, it was filled with disappointment.

She tried her best not to look upset but she couldn’t ignore what she was feeling. The ring looked cheap. The gold band wasn’t as delicate and bright as it should have been and the diamond was small. It wasn’t long before she let her feelings show.

Casually, Sandra asked Daniel how much the ring cost. His answer left her quietly reeling. Confused, disappointed, and almost angry, Sandra turned to the internet for help. It was a decision she’d later regret.

Sandra turned to a bride-to-be forum online, looking for comfort and sympathy. She asked for help on what to do and how to manage what she could only view as a complete disaster.

Sandra secretly published her post as Daniel posted their engagement selfies on all his socials. But his overwhelming joy was about to come to a disastrous halt.

Later that night, just as Daniel was preparing to get ready for bed, he received a text message from his friend, Georgia. She was newly engaged too. But instead of sending him congratulations, she sent him a link with a message.

She wrote, “If it’s more about the ring than it is about you, she’s not the girl for you.” Confused, Daniel clicked on the link. It was the link to the bride-to-be forum that Sandra posted to. His friend, Georgia was also a follower.

Daniel’s face went pale as he read her post: “DP proposed and presented me with the ring he’d chosen – a diamond solitaire in white gold”…

“I was so happy and excited to accept but was disappointed when I first saw the ring. The first word that entered my head was ‘small’.

“There’s nothing to dislike about the type of ring per se. As a diamond, solitaire would have been my choice, but it’s the whole thing — the color of the gold, the setting, the small stone, and relatively chunky shoulders”, she continued.

“His salary is nearing a 6 figure sum and he’s usually very generous. Having seen the receipt I know he paid $130 for it – which is a lot less than I would have imagined he would have spent on such a significant piece of jewelry.

He’ll be more disappointed in me for making a fuss over it when, in his eyes, it fits and there’s nothing actually wrong with it, rather than being disappointed that I’m not truly happy with it”, she declared.

She then asked for help. Daniel’s heart pounded fast as he tried to understand how she could feel this way. He read the comments that were poured in from different users before leaving his own comment. Was she just marrying him for money?

His response left the whole internet screaming their approval, not to mention, his bride-to-be grasping at straws to think of an explanation. Wondering if she had always been so money-centric, he typed…

“As your present fiance, I thought you’d understand it’s not the money behind the ring but the love that goes into buying the ring that matters.”

Before long, his comment racked up thousands of likes. Hundreds of people came to his aid and left comments of their own, shaming Sandra for such a needless dilemma. But the worst wasn’t over yet.

You see, Sandra and Daniel both had good jobs. Daniel had a high-paying job, making six-figure digits every year. She never knew money would be the thing that would make or break their relationship. Yet here she was, reading the comment left by her fiance who was lying in the other room.

Her heart pounded as she read the stream of comments that flooded into his aid.

“If you’d said you didn’t like the style, I’d have been fairly sympathetic. But if it’s simply not big and flashy enough… it sounds like you’re more interested in showing off the ring than you are in him”, one user added.

Her face flushed as she realized her marriage might be over. But just before she began to panic, she read another comment from a user that understood her better.

“You will get flamed for this and people will call you grabby but I can see where you are coming from — not the cost per se but the fact u will be wearing it every day and u are not totally in love with it. I can see both viewpoints”, the commentator said.

But what do you think? Should he forgive her or was Daniel in the wrong?