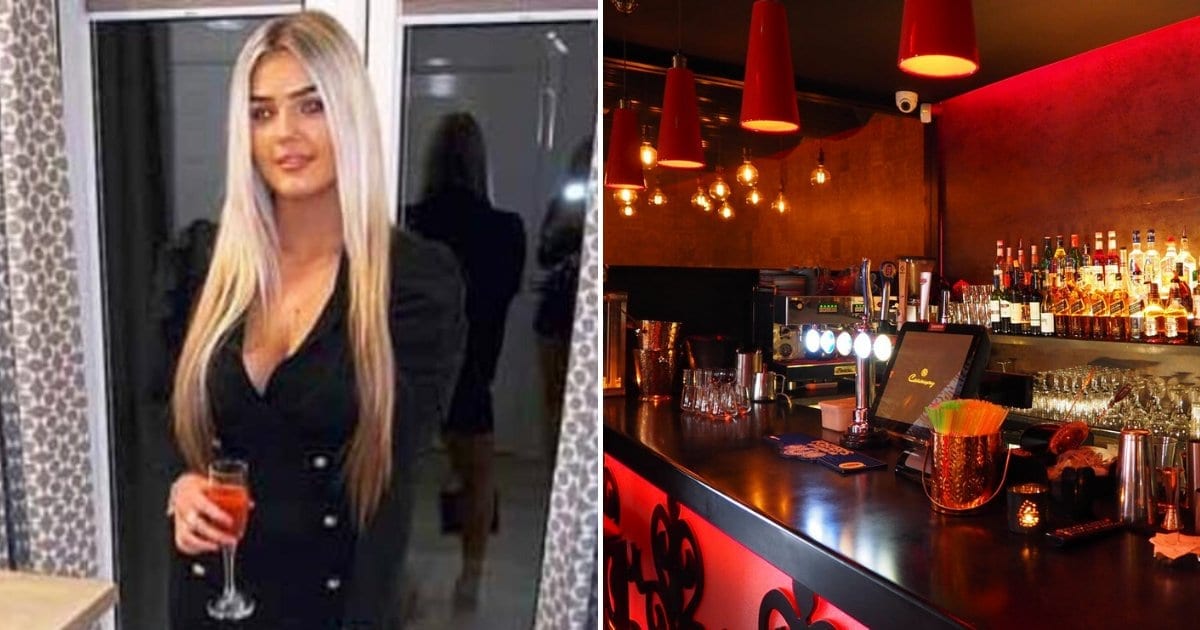 Up to No Good

A woman has caused quite a stir when she revealed how a night out could have taken a much darker turn. She had suspected that a man may have been up to no good and after she switched drinks with him, she found him a puddle a while later.

Lily Powles is a resident of Grimsby in Lincolnshire. She went out on the town one evening when she found a man hanging around her. He kept ‘robbing’ her drinks and she thought, at one point, that he had put something into her drink.

She grew suspicious of his actions so she waited until he went to the bathroom before seizing her opportunity. She grabbed her chance and swapped their drinks just to be safe. Later that evening she found him lying in a puddle outside.

Lily decided to share her story on Twitter saying: ‘The same lad robbed my drink twice last night, and put something in my glass when he bought me one back. I swapped our glasses when he went to the toilet and later found him laid flat out in a wet puddle.’

Needless to say, her story caused quite a stir on the social media platform. Users were horrified by what they read, though not all for the same reasons. Some immediately labeled the story as ‘lies’ while others immediately defended her actions.

Despite the detractors, many of the other users immediately defended her and even shared their own stories. Many had similar narrow escapes while others had more harrowing stories to share regarding date rape drugs.

One Twitter user wrote: ‘Why is it all men saying it didn’t happen? Are they that protective of potential rapists?’ While another added: ‘Woman manages to turn the tables on an actual thief/potential rapist = guys on Twitter: “Didn’t happen though”.’

Many users were up in arms about the reactions of some of the other users with one saying: ‘So many men here who don’t believe this because they’re lucky enough not to live this as reality on a regular basis.’

Many of the detractors were, of course, men, which led to more outrage. One user even wrote: ‘To all the men saying ‘never happened’, my MALE partner has had his drink roofied at a nightclub before.

One user shared how a male friend was injured when bar security simply assumed that they were drunk. ‘Happened to a friend of mine in a gay bar. Staff were terrible as they assumed he was drunk and chucked him on the street,’ the user wrote.

What exactly was slipped into her drink, however? The most likely answer is the drug called Rohypnol. Most commonly known as roofies, date me drug, or forget-me-not pill, Rohypnol is a very strong sedative that also suppresses the central nervous system.

The drug appears as a white tablet and it will dissolve in any drink. Once dissolved the tablet leaves no taste, color, or odor which is what makes it so dangerous. The drug cannot be legally be obtained in the United States though it is often purchased illegally.

Due to this, it is known as the ‘date rape drug’. The drug will disorient and incapacitate whoever ingests it without their knowledge. People often take advantage of someone in this almost fugue state.

Within 30 minutes of consuming the drug, symptoms start to appear. These include loss of memory, dizziness, slowed breathing, disorientation, nausea, difficulty with motor movements and speaking. These symptoms can last up to 12 hours.