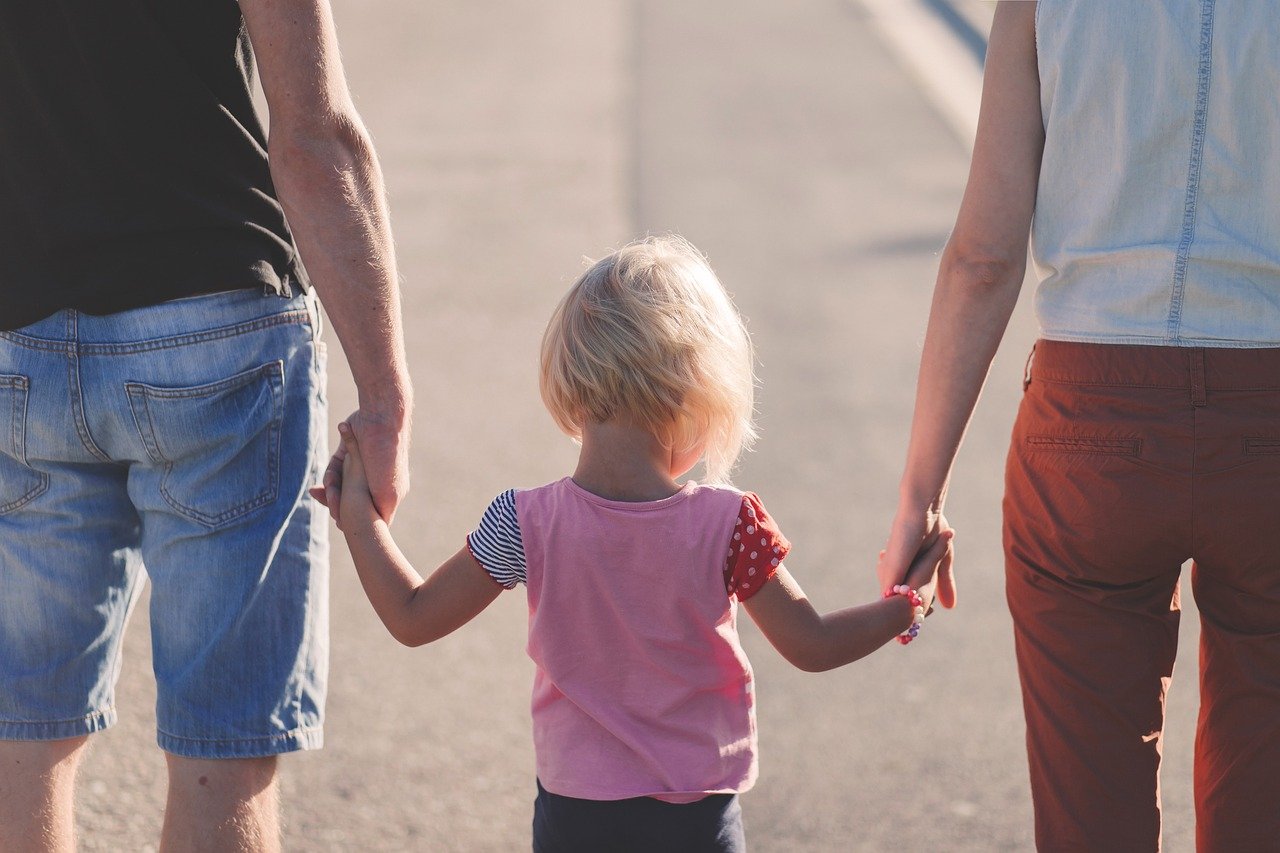 Hailey worked gently and lovingly as she gave her friend’s newborn baby her first bath. That’s when her stomach pulled into a tight knot and her heart started pounding. He had made a painful realization.

She burst through the hospital doors as tears poured down her cheeks. She was not prepared to deal with this level of hurt and betrayal. How could they have done this?

28-year-old, Hailey Custer was in the prime of her life when things started to spiral dramatically out of control.

Hailey lived in Wickenburg, Arizona with her husband and their three beautiful kids. As far as she knew, life couldn’t have been any better. But she had no idea she was looking through rose-tinted glasses.

Hailey came from a challenging background. She struggled a lot through her teen years and early twenties. She came from a dysfunctional family, full of drama and addiction which she also battled with. But when she met her husband, Travis Bowling, everything fell into place.

Although Hailey still struggled with addiction, her life was drastically improving and it was all thanks to Travis. Or so she thought.

Travis had a decent job and encouraged her to pursue a better path in life. From the outside looking in, he seemed like a real stand-up guy.

He was kind and gentle, he seemed to have his life all put together. When he asked Hailey to marry him, she felt like the luckiest girl in the world. But his closet was full of skeletons.

When Hailey found out she was pregnant, everything changed. It was the last push she needed. She regained full control of her life and kicked her addiction to the curb for good.

She parted ways with almost all of her friends that she deemed toxic except for a couple. One of them, who we’ll name Cindy for the purpose of this story, should have been left far behind with the rest.

Like Hailey, Cindy also came from a difficult background and struggled with addiction. However, unlike the rest of her old friends, Cindy actually wanted to change.

She was determined to better her life and in many ways already had. She was Hailey’s closest friend. Hailey never could have imagined she could have betrayed her like this.

Soon after Hailey was pregnant with her first child, she fell pregnant again and again. Now, with three beautiful children, Hailey was living the life she always dreamt of with a loving husband and loyal friends by her side.

But soon, her dreamy life was about to turn into a nightmare.

When Hailey found out Cindy was pregnant with nowhere to go, she raced to her aid.

According to Cindy, the father of the child was long gone. Now, she had no one and found herself in a financial crisis, still battling with addiction. She reminded Hailey of herself just before her pregnancy. She had to help.

If Hailey didn’t have her husband encouraging her to get clean and guide her through her pregnancy, she didn’t know where she’d be. She needed to do the same for her friend.

Hailey decided to step in and give her the support she needed. She welcomed her into her house, completely unaware that she was inviting the devil.

With Hailey’s help, Cindy overcame her addiction. She was inspired not only by her baby but also by the example Hailey led. But there was one other very important influence in Cindy’s journey to becoming better – Travis.

When Hailey first mentioned to Travis that Cindy was moving in with them, his reaction took her by surprise.

He was dead set against it. He told her that the house was already full enough with three small kids and that they didn’t have room for her. But with a 6 bedroom house, Hailey knew that was a lie. She did it anyway.

As the weeks passed, she noticed an odd tension between them but thought nothing of it.

At first, Travis kept distant from Cindy, briefly engaging with her whenever they had dinner together. His behavior was so rude that Hailey eventually pleaded with him to be nicer to her. Afterall, she was her best friend.

Hailey was happy to see their relationship improve. It was all one big happy family – full of soul-crushing secrets.

When Cindy’s water broke, Hailey drove her to the hospital and stayed with her throughout her 9-hour labor.

Hailey still maintains that the experience of being there for the birth of her best friend’s daughter was one of the most beautiful moments of her life. Despite everything that went horribly wrong.

“I stepped into that father figure role. I was there for her every step of the way. Even in the hospital, I wore the daddy wrist band, when she got her epidural, she laid on me. I actually gave the baby her first bath.’

But it was when she was bathing the baby that she noticed something that made her stomach drop.

On the baby’s neck was a small birthmark. A birth defect that Hailey had seen countless times before.

It was an extra piece of cartilage that formed on the side of the baby’s neck. Something that Hailey and her husband often referred to as the “bowling bump”. An unimaginable realization engulfed her.

Hailey walked the baby back to Cindy in the hospital room. She looked pale and distressed. She handed the baby to Cindy and stared at her in heartbreaking silence as tears began to submerge her eyes.

It seemed Cindy knew exactly what Hailey had discovered. She dropped her head and cast her eyes down to the floor.

Without a word, Hailey left the room. She managed to get herself into the open fresh air before she burst into tears. Her heart and chest felt overwhelmed with searing pain.

“There were no words that were said, I just knew. For me, I was in a state of shock for a little bit. I walked outside when I first found out and just prayed”, Hailey recalled. But she had to confirm her suspicions.

From Cindy’s reaction, Hailey felt sure that it was an admission of guilt. There was no doubt in her mind that the genetic birthmark she saw on her friend’s baby was passed down to her by her husband. He had the exact same mark, as did two of their children.

She went home and confronted her husband right away. What he said left her shocked.

At first, he tried to outright deny it but Hailey’s intuition was just too strong. She knew deep in her very being that he was the father to that child.

The more he denied it, the more devastating the situation became. How had things become like this? It was months later when he finally confessed. But that’s not all he confessed to.

Hailey also discovered that she wasn’t the only one in their relationship who battled addiction. Travis had also an almost life-long problem with addiction that he kept quiet from most people.

Even as he encouraged Hailey to recover, he was going through the exact same thing but worse. He took stronger pills and he used it as an excuse for his wrong doing. Hailey froze.

She knew the turmoil and struggles that came with addiction. She knew it could blur your decision making and take over your most basic moral codes but was it really an excuse?

Hailey was in tremendous pain. No one had hurt her like this before. Yet, it wasn’t just one person, but two. She dreamt of what she could do to have them experience this pain too but in the end, she decided to go with a different approach.

And her reaction to all of this was confusing to many.

Hailey uploaded her story to TikTok where she gave a first-hand account of her perplexing reaction. After she made the heartbreaking discovery, she still invited her now ex-friend back to her house to recover.

She went on to get a divorce from her husband but they all lived together as a family for some time. Her explanation continues…

“Everything happens for a reason and I’m still friends with her today. I still love her, I forgive her, I just hope she can forgive herself. Everyone makes mistakes”, Hailey explained on TikTok.

She also opened up about the importance of forgiveness and love in these situations.

“There is no hate in my heart for either party. My ex-husband and I have three children together so I have to co-parent with him. And at the end of the day, my now ex-best friend’s daughter is my children’s sister. So I don’t hold any hate in my heart.”