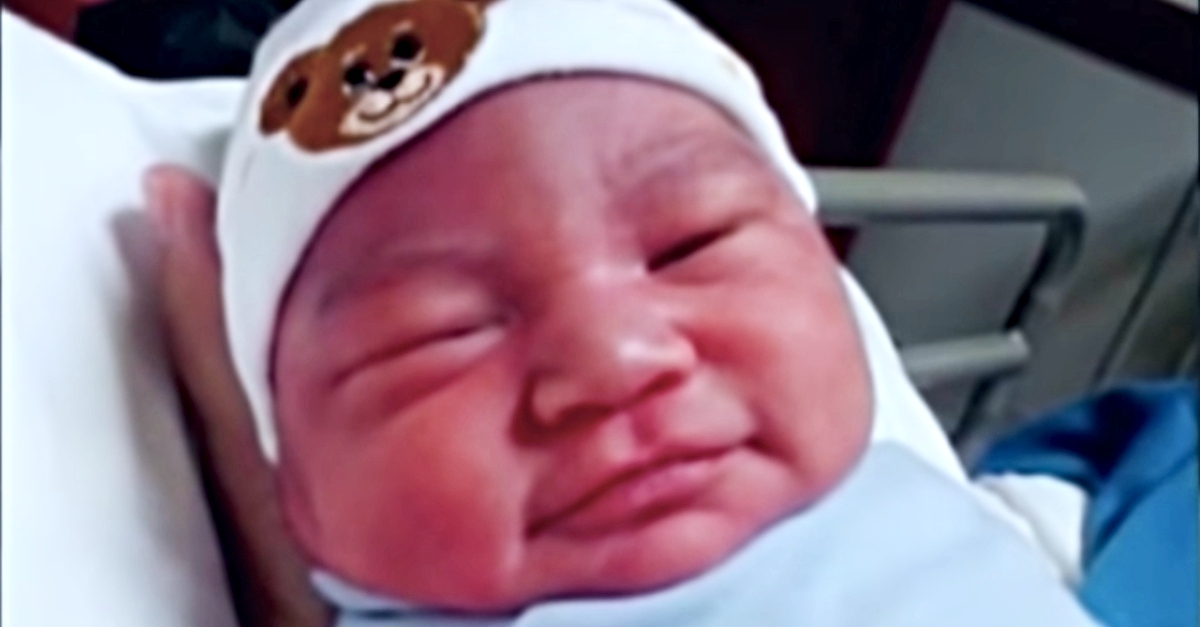 She couldn’t ignore her suspicions about the strange-looking baby any longer. Without telling her husband, she took her son in for a DNA test in a desperate bid for answers.

As she stared at the results, her worse fears looked right back at her. It wasn’t his baby. And worse still, it wasn’t her baby either.

Mercedes Casanellas and Richard Cushworth were delighted to discover they were pregnant with their first baby. They’d both had a tough life, but when they met at the Christ for the Nations Institute in El Salvador, they felt they’d turned their lives around for the better.

After years of praying for a child – and a series of ceremonial blessings at the institute – the couple finally got the good news. But had they known their baby’s terrible fate, they would have realized there was little cause for celebration.

Jacob was born at one of the best private health facilities in El Salvador, where Mercedes was from. After experiencing intense pain during the birth, the baby was delivered by caesarian section. The new mother was given some heavy pain medication and only briefly saw her son before he was taken away by the nurses.

When the baby was brought back to Mercedes, she told staff that it wasn’t her child. But the nurses blamed the pain medication for her confusion – before offering her some more.

Clergymen of the institute were thrilled when they first heard Mercedes and Richard were expecting. They’d already discussed plans to raise Jacob under their guidance and hoped he might grow up to work as a missionary. But the couple were keen to go back to the United States to raise him there.

Mercedes had expressed her concerns about the baby to some of the high-ranking members of the congregation – but they quickly told her that she should be grateful for the gift she had received. Still, she couldn’t shake the feeling. The baby just didn’t look right.

Sins Of The Father

Richard breathed a huge sigh of relief when his son was born. He had always doubted he would ever settle down with a family. Before turning to the church, he had been involved with several different cults and ran a blog about alien conspiracies and UFO sightings.

He was so happy with his regular family lifestyle that he never noticed anything odd about the child. Meanwhile, Mercedes was tearing her hair out, “The days started to go by, and his features, his skin, everything started to change.” Mercedes didn’t know who this child was, but she was sure it was not her baby.

The couple hit several roadblocks trying to get baby Jacob safely back to the US. First, their apartment was destroyed by a freak fire that burnt all of their possessions. Then Mercedes escaped a gang of gun-wielding maniacs who attacked her in the street.

Finally, they made it to US soil. By this point, Mercedes had grown to love Jacob despite her concerns. But now, fresh fears kept her up at night. She had a strange feeling that someone was going to take Jacob away from her.

Most of the babies Mercedes had spent time with were her cousins, but the way Jacob’s face looked… he was like no baby she had ever seen before.

The more she watched her son grow over the months that followed, the more she became convinced that something wasn’t right. It was time to get a DNA test.

Mercedes stared blankly at the piece of paper that would finally push her over the edge into despair. “I just fell on the floor,” sobbed Mercedes. “The thought that the baby I had been nursing, taking care of, loving him, bathing him…”

Fighting back tears, Mercedes composed herself so she could calmly tell her husband the shocking news.

Richard couldn’t believe what he was hearing. This was his son. One of the best things that had ever happened to him in his life. Surely there had to have been some kind of mistake.

But the results were accurate. Jacob wasn’t his son. In fact, they had absolutely no idea who it was they had been raising over the last few years.

“I remember the first trauma to me was, ‘Oh my goodness, I have a child, and my child is somewhere out there in the world. Where is he?’” said Mercedes. “I just felt like a panic that my only child was lost or stolen.”

Uncertain of Jacob’s future and frantic to know where her real son was, Mercedes demanded an investigation into the hospital. What they found turned Mercedes’ world upside down.

The hospital had given them the wrong baby. Mercedes explained, “My real baby was just passed by me, and I gave him a kiss. And then he was taken to the nursery, and that was the last time I saw him.”

Testing on all the other babies that were born in the hospital that day seemed to take forever to complete. Then one day, Mercedes got the phone call. They had found her son.

With little time to say goodbye, Mercedes and Richard returned Jacob to his parents and met their son Moses for the first time. An investigation concluded it had just been a simple mistake. “We finally saw him, and when he saw us he was smiling; he was laughing.”

Fortunately, the two families are planning to keep in touch to avoid more heartache. But can you imagine finding out your child isn’t really yours?