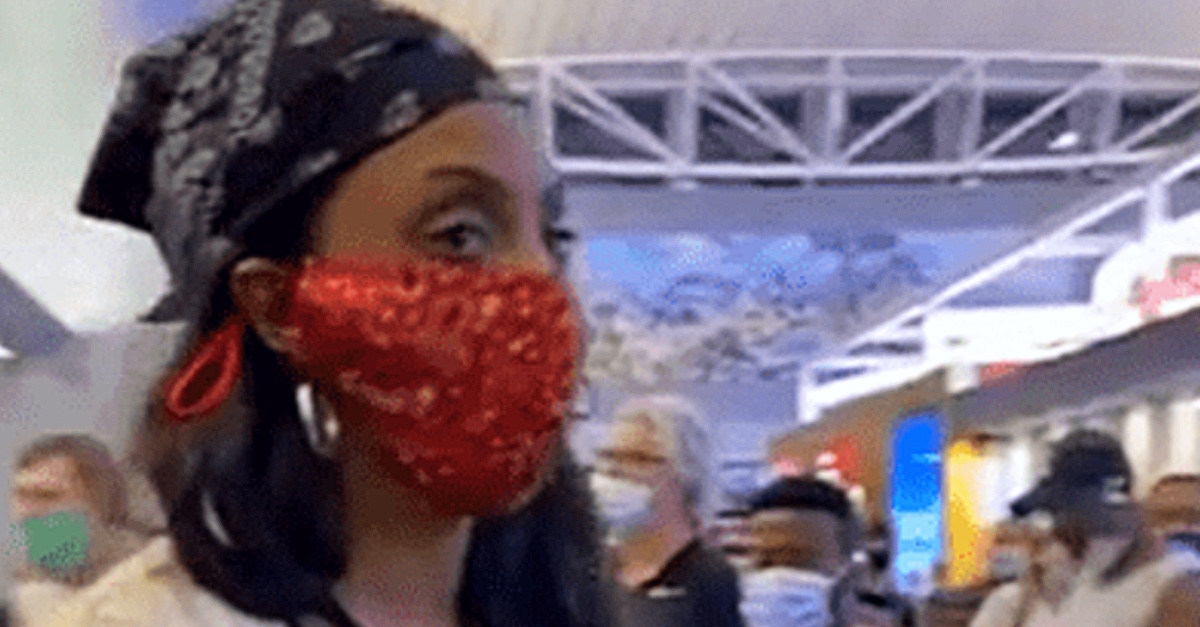 The entire situation could have been solved in less than three seconds, but this woman would have none of it.

As she watched the unphased mom totally ignore the security guard’s orders, she could feel her blood boil. Was this entitled passenger really going to force everyone to get off the plane?! 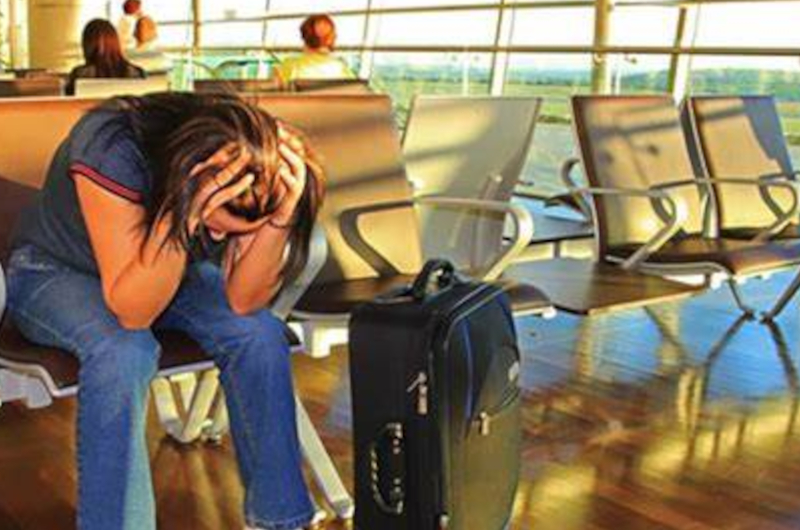 Lucy Mennent of Illinois was used to the chaos that came with traveling on a plane with children.

So, anytime she saw other moms doing the same thing, she automatically felt a flood of sympathy. Between fun-times and rule-times it wasn’t an easy task. 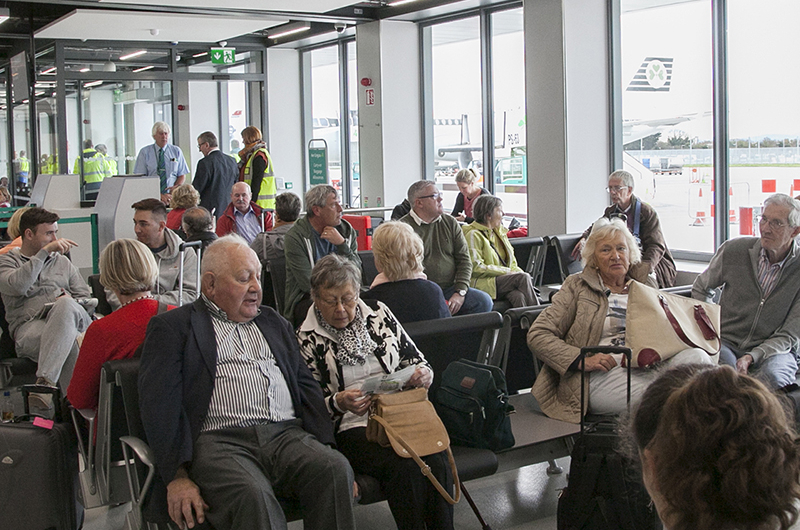 While waiting for the gate to open, Lucy spotted another solo mom.

The woman rested her head in one hand and used the other to swipe on her phone while her child slapped his kid’s table with some game involving bubbles. She seemed like any tired traveler, but when the gate finally opened, Lucy noticed something odd. 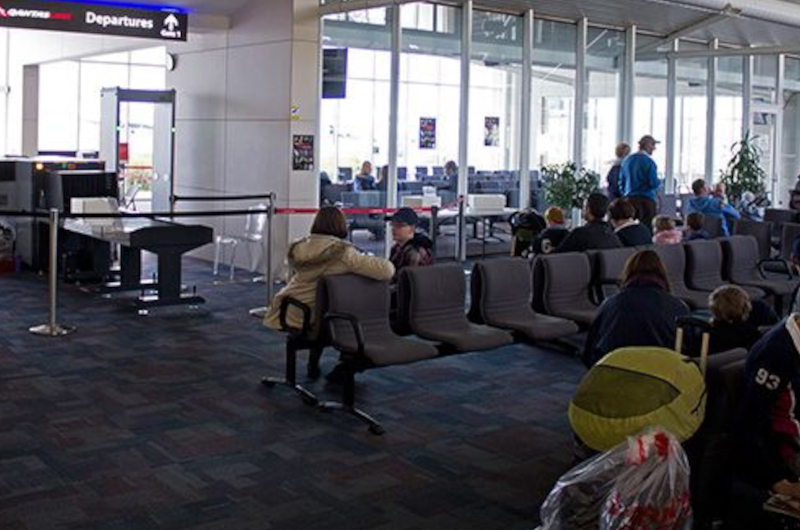 It wasn’t anything obvious – just strange actions couple with her own gut feeling.

This person was totally immersed in her phone, to the point where she didn’t even bother to look where she was going and bumped into a few people. There was also a slight sway to her movements. 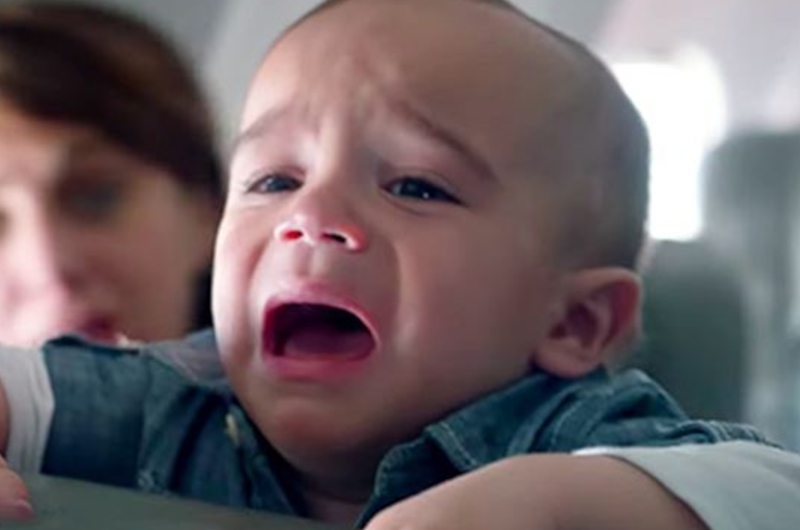 Maybe it was travel exhaustion? Mary had experienced the unique fatigue herself.

The oddness wasn’t enough to keep her attention as she handed over her boarding pass and looked at the excited faces of her kids, who just loved everything about the airport experience. She had no idea that drama was about to ensue. 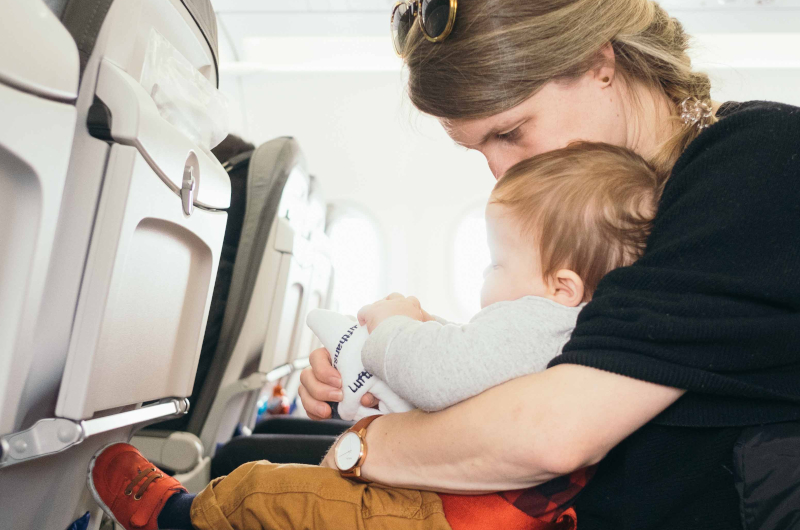 Mary got her kids in place and settled down for the five-hour flight back home.

She made sure the tables and seats were up, even though her kids were salivating to touch everything around them. The fewer rule-reminders the flight attendants had to give, the faster they could leave. Then came the cell phone reminder. 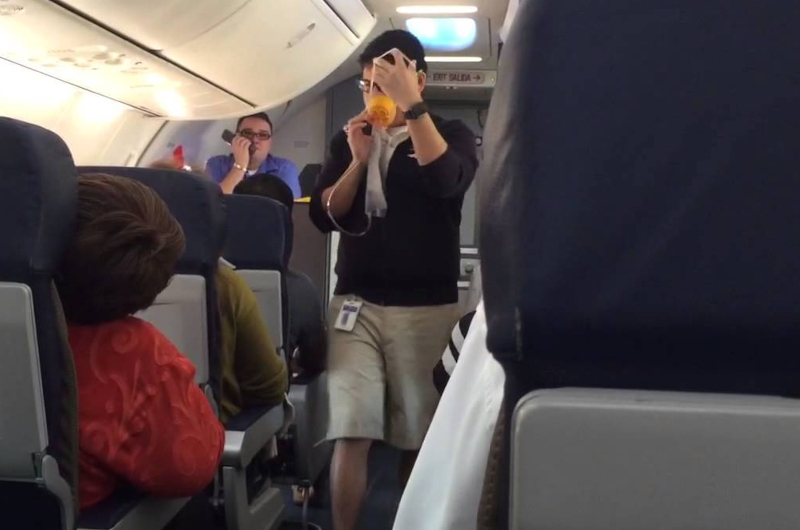 It wasn’t anything new – just a notice to switch them off or to airplane mode.

To Mary, it wasn’t a big deal, there was plenty to keep them occupied and she didn’t mind the disconnect from her mobile for a few hours. The “odd” woman, however, seemed to have an issue with it. 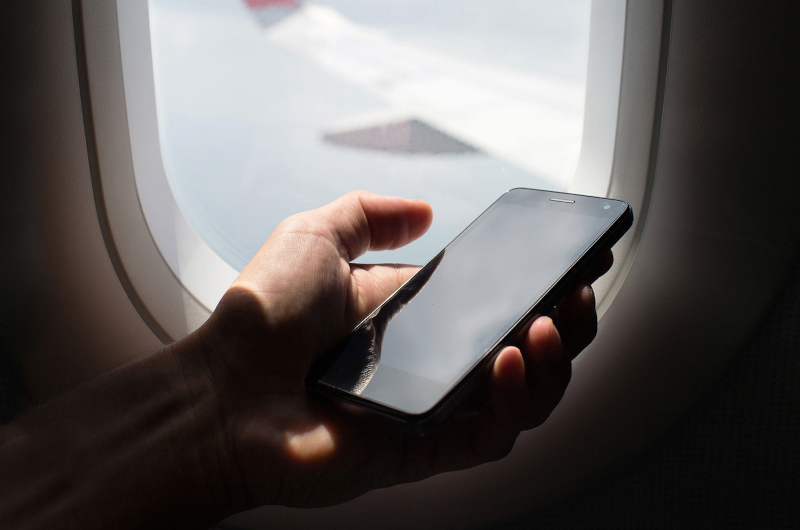 Out of the corner of her eye, Mary saw the flight attendant lean over and ask the woman to turn her phone to airplane mode.

Normally, with difficult passengers, there would be some sort of heated exchanged, but what the woman did was unexpected. 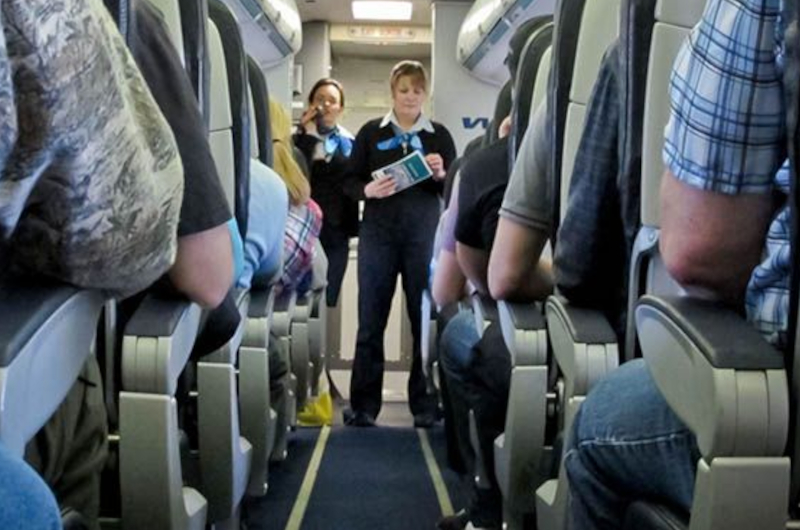 She leaned against the window, put her head in her hand like she had done while waiting for the gate to open, and ignored everyone around her, even her kid.

The flight attendant tried again but with zero response from the woman. But that wasn’t all. The frustrated attended also reminded her she needed to wear her mask properly, which just ended up being ignored as well.

The woman seemed content and unphased to let every warning slide off her like water off a duck’s back. Then … security stepped in. This would end up affecting the entire plane. 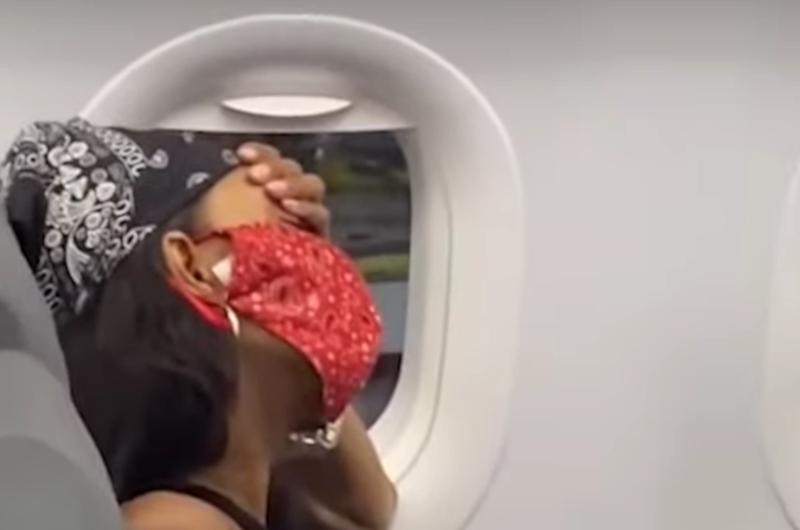 Two large security guards came up to the woman and issues the same warning, but with a far more serious tone.

Over and over again they told her the rules, but she just looked out the window. Mary felt a twinge of anger. Not only was she delaying the flight, but her child also looked very confused and worried. 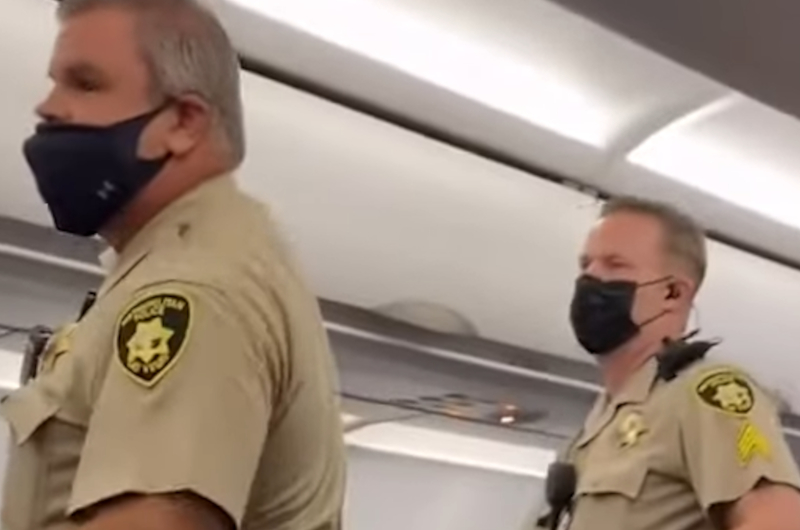 They even went as far as to ask if she understood what they were saying or had a medical condition – it was just too surreal.

Then, as expected after countless questions and commands, they finally asked her to get off the plane. But she wouldn’t budge. That’s when the rest of the passengers started to get involved. More than one person shouted for her to get off the plane.

“Are you serious? Oh my God, woman. Get off the plane! ”and “You have got to be kidding me right now.” Mary couldn’t believe her eyes. Even her kids knew something was wrong. All she could think about was the poor little boy sitting beside the stubborn woman. 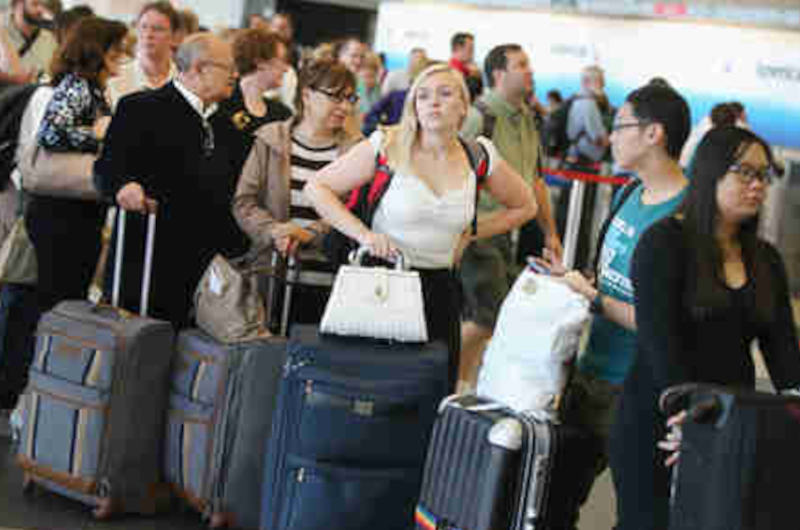 As if things couldn’t get any more tense or outrageous, the next announcement put the entire plane in an uproar.

Because the woman wouldn’t comply, the entire plane had to disembark. Everyone was expected to get their things and get off! She couldn’t believe it! The woman STILL ignored the entire situation. 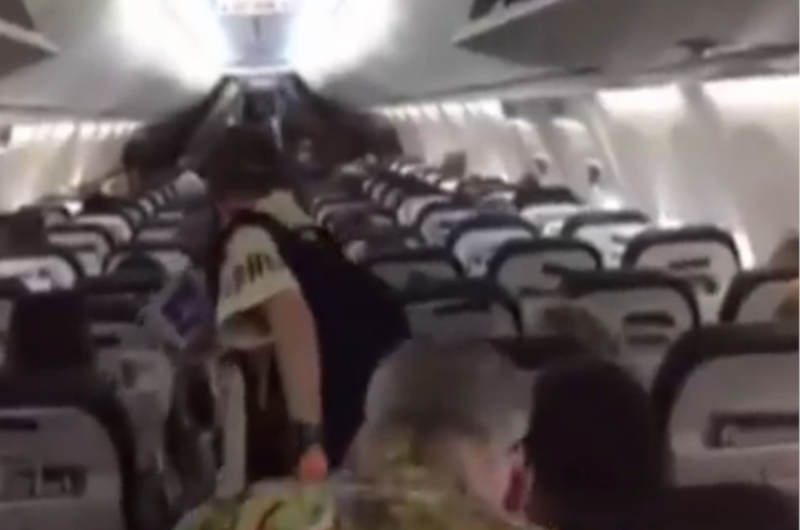 It was a long process of shouted insults and angry grumbles.

People complained how they needed to get home, had work the next day, or other important things that needed to be dealt with as soon as possible. There was also a ton of “policy gossip” – mostly why everyone had to get off. A few people had some ideas. 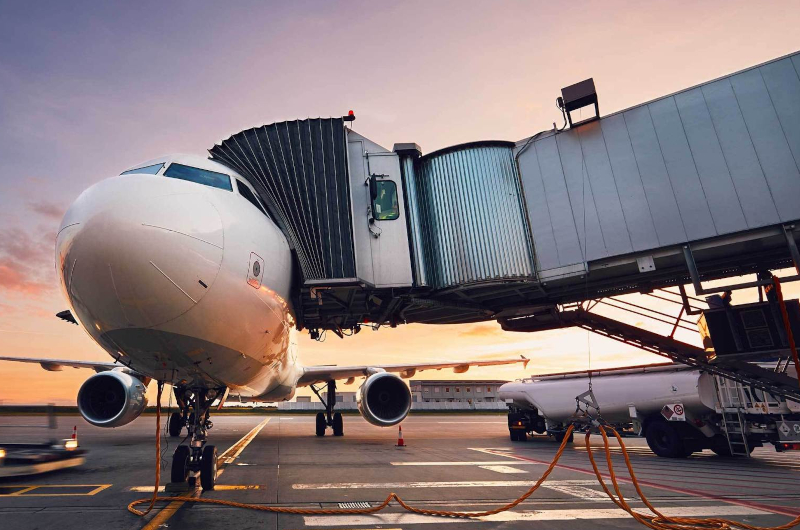 Mary listened as one guy explained to his friend that the airline was probably trying to avoid another incident when that doctor had been injured and dragged off the plane.

If everyone was off and they had to get physical, there would be no cameras around to capture it. But there was also the dreaded “b” word. 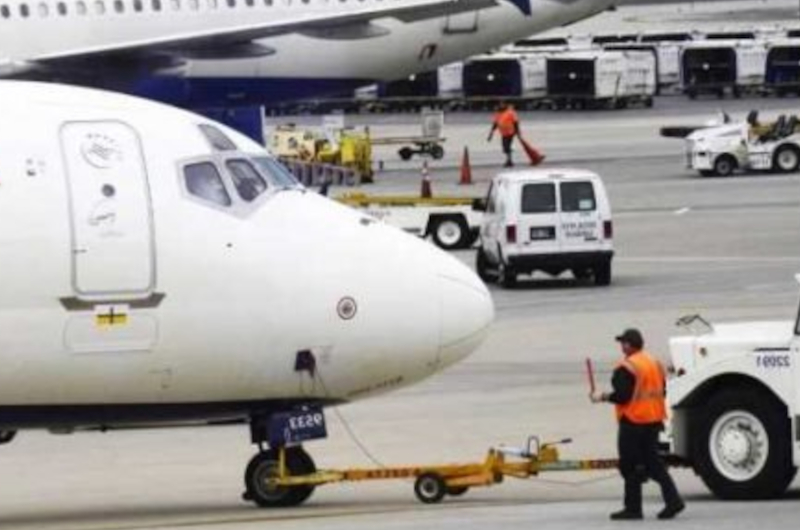 Another passenger said that airlines never let people leave the plane unless their baggage was also taken off as well.

It was basically steps to avoid anything to do with bombs. All Mary knew is her kids looked beyond disappointed that the plane wasn’t going to take off. Next, came the walk of shame. Everyone was gathered around the gate, trying to get more information about the flight change.

Would they get to go back on? Did they have to wait for another plane? If so, would the airline provide hotels if the wait was too long? Then, the last of the passengers came off – the woman with a full security escort. 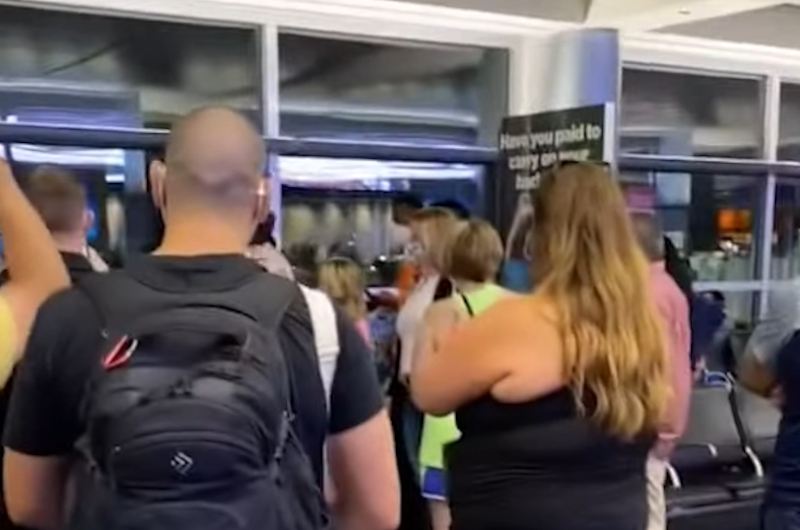 Mary couldn’t believe her eyes or her ears. As the woman walked by, people shouted insults and yelled “booooo!”

But, despite it all, she wore the same unphased looked she had through the entire ordeal – even though her son clutched her arm and looked like he was about to burst into tears. Everyone else ended up being able to re-board, but the delay cost everyone over 7 hours!

It also didn’t take long for the passenger videos to go viral. The woman was dubbed “Airplane Mode Karen”. It was one of the strangest flights Mary and her family had ever taken.