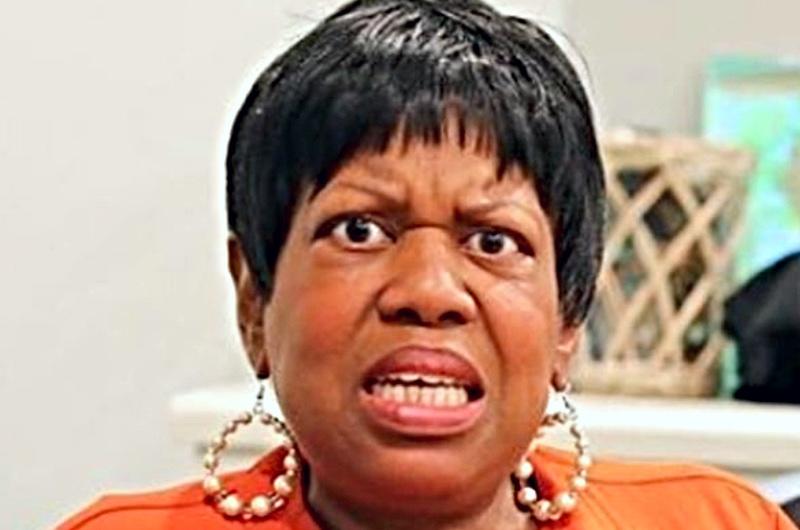 They kicked down the door without hesitation. She jumped up and tried to stop them. She thought that it was a mistake, but they knew exactly what they were doing.

He moved her aside and walked straight to the bedroom where he was. What was going on? Who was he?

After 4 decades Cheryl and Bobby love were still married and very happy together. No marriage was perfect but they made it work.

But in all these years Cheryl had no idea what her husband was actually hiding from her. But she would soon realize who he was and what he had been hiding.

It was love at first site according to Bobby, “Cheryl was innocent and that’s why I was so attracted to her. I never wanted to date someone like myself, who drank, and smoked, and had a past. Cheryl was soft. Almost naive, in a way.”

Bobby was caring and compassionate. After getting married they had 4 kids together. Bobby did everything he could to make sure his wife and children were taken care of. Cheryl thought she knew him, she was wrong.

Bobby didn’t have everything throwing up. His mother tried to support his 7 siblings. But Bobby never told Cheryl his roots and bad history.

Cheryl loved her husband more than anything. But there was something he was hiding and she was aware. She just needed to find out what it was.

“I loved my husband. And he loved me. But he never liked to be in photographs. He always thought people were watching him. There wasn’t much affection. Not much communication. I’d be pouring myself out to him and he’d just sit there with a scowl on his face. I remember during Christmas, I was on my knees in church. I begged God to change my husband’s heart.”

But only weeks later there would be an event that would change everything.

When she first saw the police arrive at her door, Cheryl thought they’d made a mistake. There was a “crazy lady” that lived a few doors down and the police were often being called out to deal with her.

But then they powered past her and cornered Bobby in the bedroom. She became frantic, she couldn’t understand what was going on. Are they FBI? Why were they arresting her husband?

Living With A Stranger

She did her best to console her husband who was absolutely terrified about what was happening. She tried to reach him but the officers wouldn’t let her pass them. They handcuffed Bobby. “The officer kept saying, ‘Get back, get back! You don’t know who this man is!’”, Cheryl tearfully recalled.

But the officers were right, she didn’t. And what she was about to find out would pierce her heart.

“My world came crashing down,” said Cheryl. “Bobby’s arrest was all over the papers. It seemed like the whole city was laughing at me. People at church would pull me aside and whisper, ‘You knew about this right? You had to know.’ But I never knew. Forty years of marriage, four grown children, and I never knew.

“He didn’t even have a criminal record. I screamed, ‘Bobby, what’s going on? Did you kill somebody?’”

“This goes way back, Cheryl. Back before I met you. Way back to North Carolina,” confessed Bobby as the officers led him away.

They had clearly been trying to track Bobby down for years. “You’ve had a long run,” said a cop, almost impressed with the amount of time he had evaded them. After 40 years, Bobby’s secret was finally out.

Bobby Love’s real name was Walter Miller, a man who had been on the run from police since 1977 when he escaped from a prison bus in North Carolina. The convict had waited at the back of the bus until it stopped by a forest before making a run for it. Eventually, he started a new life in New York and forged a fresh identity.

Cheryl couldn’t believe what she was hearing, but her husband being a fugitive wasn’t what shook Cheryl the most. It’s what he did that really flipped her world upside down.

What Did He Do?

“Bobby” had been Cheryl’s rock for 40 years. She slept beside this man, started a family with him and trusted him more than any other being in this world. How could she have not known what he was capable of?

She had gotten used to his silence, but she never thought behind his silence was something far more sinister than a tired or inexpressive man.

“Bobby” had been serving a 10-year sentence for bank robbery. After falling in with a bad crowd in his youth, he had been tempted into committing more and more serious crimes as time passed. He was living the high-life, until he eventually got shot by police and sentenced.

Then he escaped and ran straight into Cheryl’s arms. But how did she feel after the initial shock settled?

Cheryl was very hurt at first, “Bobby had deceived me for all those years. There was no truth in our house. I’m walking past this man every single day. We laughing. We joking. And he’s not telling me anything? I was so angry.”

But once the dust started to settle, her perceptive changed and she did something not many would do.

Bobby was sent back to North Carolina to serve time in jail. Cheryl remembered how painful it was to see her husband like that. “When I first visited him in prison, he broke down crying,” she said.

Bobby told her that he knows she’s going to leave him now that she knows about his past. But he was wrong.

Cheryl said, “No, Bobby Love, I married you for better or for worse. And now this is the worst.” She still loved him and she knew she had to do everything in her power to set things straight. So she organised campaigns on his behalf. Bobby ended up serving less than a year thanks to her.

After his release, Bobby changed his name legally and they reunited, leaving the past behind them. The things we do for love…