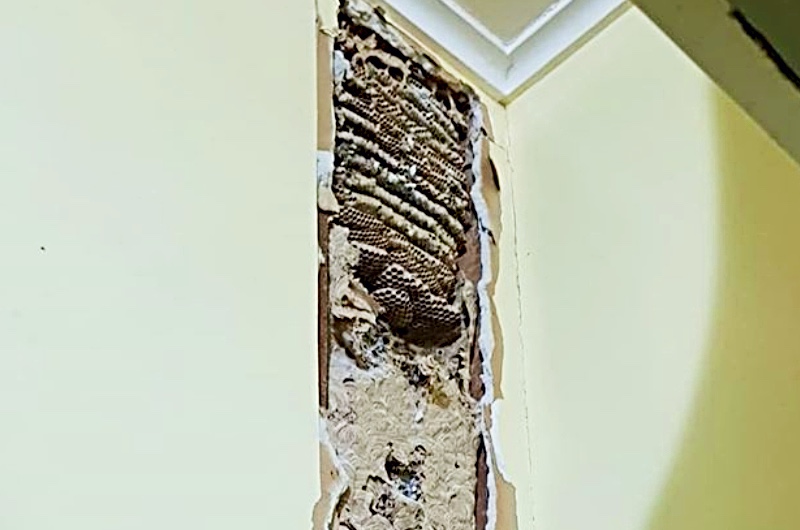 She squinted her eyes shut as she pressed her ear to the wall. She was trying her best to figure out where the noisy pipes were situated. She had no idea that the plumber wasn’t planning on tearing the wall down.

She turned to face him as he furrowed his eyebrows. His eyes drifted to the toilet bowl  as he bent down to lift the seat ring. Confused, Sofi decided to ask him what he was doing. He responded with a whisper, “I’m looking for it.” But what was he looking for?

Not many people can say they’ve had terrifying experiences with their toilet. When Sofie Pearson from North Queensland started experiencing issues with her toilet’s flush, she didn’t give it much thought.

It’s normal as a homeowner to experience things breaking around the house. But this wasn’t a normal breakage.

If others had to deal with this problem, they would have ran and never returned, but it was too late for her to run.

Sofie had a friend from out of town come to visit her. They spent the night at a Mexican restaurant before returning home, stuffed and ready for bed.

Sofie lived on her own in a tiny home. Her apartment only had one small bathroom, and as a good host, she offered to let her friend use it first. She waited for him to finish up in the bathroom.

Once he was done, Sofi carried out her bathroom routine of washing her face and brushing her teeth. When she was done, she flushed the toilet and turned the lights out before heading to bed.

But something was up. She recalls it, saying, “I went to the toilet and then I went to flush it and I really had to push down on the button to get it to work, so I was a bit confused,”

The next morning, there was resistance once again when she tried to flush the toilet, so she decided to ask her friend about it. He said he had experienced the same thing. But that wasn’t all.

He pointed out that he thought he had heard an odd noise, but he tried to excuse it by saying, “It was probably just the heavy wind last night.” Once they had greeted one another, he left and Sofie was left to deal with the problem on her own.

She tried to flush the toilet again, but it was still giving her problems. It had been working perfectly before. She couldn’t understand what the sudden problem was. She grabbed a bottle of oil and oiled the stiff flush button, hoping it solve the issue. But it was still stiff.

She was busy googling the problem when she suddenly froze. She could hear the weird sound her friend was talking about.

She immediately assumed it was the pipes acting up, so she quickly phoned a plumber. She was expecting the worst as she waited for him to arrive. She knew how expensive it would be if she had to have all of the pipes in her walls replaced. What if the plumber would have to tear the walls down?

She placed her ear flat against the wall, trying to hear the pipes, but she had no idea that she wasn’t listening to the pipes.

When the plumber arrived, Sofie explained to him what she assumed the problem was, but did not believe that the problem was with the pipes. He got to work immediately. He first decided to add a sensor to the toilet bowl.

If it detected something strange, it would beep. And it did. It was now confirmed that this wasn’t a problem with the pipes. It was a lot worse than that.

He frowned as he looked into the toilet bowl and lifted the seat ring. Sofie watched him with confusion and asked what he was doing. “I’m looking for it,” he told her.

She looked down at what he was looking at and frowned, “I don’t understand, what are you looking for?” She questioned. But he didn’t answer, he simply stood up and took a deep breath.

He bites his lip as his eye’s focus intently on the toilet lid. Another noise! “That’s the noise!”, Sofi exclaims, “I think it’s coming from the pipe in the walls”. “That’s no pipe”, he says.

He reaches out his hands and lifts the heavy lid. He places it down beside him. Sofi’s eyes pop. Horrified, she jumps back and screams.

There, resting in her toilet lid were not one, not two but four big snakes. Sofi lives in an old house with a few floor cracks so she believed they got in through there and found their way to the bathroom.

Luckily, they were tree snakes, which are non-venomous and apparently, pretty common in eastern Australia where Sofi lived. But this was not a common discovery!

Sofi posted her horrified broken toilet experience on her facebook and people were equally as horrified. One user advised her to burn down her house while another commented:

“I squeal when ants come pouring out after building a nest in our downstairs toilet…I might actually pass out if I saw this!”. However, not everyone held the same view.

A friend of Sofi commented, “Omggg das so cuteee, if I were there I would want to make it my pet but best to leave them be and let them in the wild. I have 12 snakes myself tho”.

Sofi wasn’t in favor of keeping them though. She wanted them gone. The plumber wrangled them out for her as she kept her distance.

The snakes were later released back into the wild and live in a cane field nearby, unharmed. Thankfully, this wasn’t a dangerous situation and everybody got away unscathed.

Sofi continues to use her toilet happily and loves her home as much as before. Looks like she won’t be burning down her house any time soon!