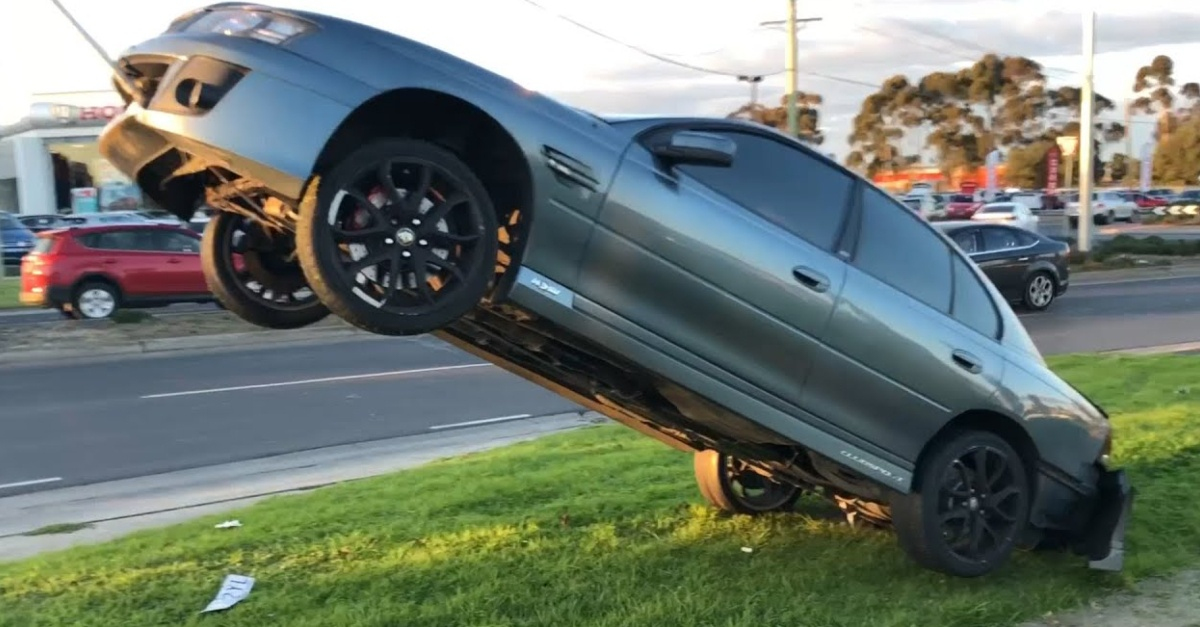 She peeled back the lip of the envelope, already nervous by the large angry stamp mark that said “URGENT.”

But when she saw the $100,000 fine, she felt her heart stop and bile rise in her throat. She quickly picked up the phone and dialed the assigned call line. The truth behind the insane “driveway parking violation” world shake her world to its very foundation.

Life in Florida might have been better than other places on earth, but it certainly wasn’t the American dream; at least not anymore.

For Sandy Martinez, her home was like living in a can of sardines – packed in tight with barely any room to move around. This was from two main problems.

First, jobs just weren’t paying a living wage. Every paycheck Sandy got would be couple with a large panic attack and circus act of juggling bill payments.

Second, the housing market was soaring higher by the day. Barely anyone could afford a home. So, it was her, her mother, and her three daughters packed into a small home in the sweltering burbs. Then, there was the issue of their driveway.

Many Incomes, Many Cars

Out of her 3 daughters, 2 were grown and working. One was also on her learning permit and had a beat-up car she had saved for months to buy on her own.

That was 4 cars squeezed into her driveway. It was an inconvenience for the entire family. But it would turn out, the local government would be furious about it … and for the most ridiculous reason.

The tires of two cars would sometimes rest on the lawn – a total of about 1 foot over the pavement line.

Yes, that was it. Sandy stared at the paper with wide eyes and gapping mouth. They were giving her a $250 fine! Were they serious?! But it was only the start of the nightmare.

The next step was to have an inspector come in and check to make sure they were parking on the driveway correctly.

Sandy sat on her back porch, holding her coffee cup in a furious, white-knuckled death grip, waiting for the inspector to come and give the green light. But he never came, even after she left countless voicemails at their office. So, she figured the matter was settled. But that wasn’t the case.

The law in the town of Lantana states that “All off-street parking spaces, including driveways but not including parking spaces located in swale areas as permitted by section 17-34, shall be asphalt, concrete or block and shall be hard surfaced and in good repair in compliance with town codes.”

But Sandy’s driveway could only reach so far.

Sandy and her family went about their lives, completely oblivious to what the city was planning until they got slapped with a couple more fines.

One was for a patch of cracked pavement in her driveway and the other was for a part of her fence that had been damaged in the storm. She had never seen anything so unreasonable. Still, she played angrily along.

She decided to be safe rather than sorry so she dealt with the problem right away. She was going to fix the problems anyway as soon as she found time. But to be fined for it?

She fumed as she wired the money and paid a professional to fix both problems. It was an entire year later when she got the dreaded, urgent notice. But this was just the tip of the iceberg.

A couple of weeks later, she woke up to another letter. She sat at her table and opened it, bawling furious tears.

She was completely shell shocked. Without her knowing, the city had been charging her $250 a day in fines for the driveway incident – they didn’t even send the inspector they had previously promised!

For 17 years she had been living in that house, parking however the family could, and all of a sudden, the government wanted to dump this catastrophic fine on them. She picked up the phone with shaking hands and called the only number she could think of.

There was no way she was going to let them get away with this. Who did they think they were?

The Institute for Justice had been in the news more than once for helping people who were put in unfair, catastrophic situations by big government. As she explained the situation, she could hear that even the lawyer on the other end of the phone was flabbergasted.

It was time to take Lantana’s government to court.

Sandy sat at the table with her lawyer, already wanting to scream at the top of her lungs.

The opposition skirted around the fact she had left messages for an inspector, but they never sent one. And now, their next demand left her feeling like her rising blood pressure was heading towards a heart attack.

They were going to charge her an extra $65,000 in fines for the cracked driveway and broken fence!

But she had already paid the first fine for and fixed them immediately after – with receipt and photo proof. This wasn’t just unfair; it was an abuse of power and imposing financial death. She felt hot tears trickle down her cheeks.

Thankfully, the lawyer wasn’t going to give up.

After days of testimony, Nicole Dritz, the town’s development services director, sat across the table and slid over a folded piece of paper. It was an offer to settle. But when Sandy looked at it, she couldn’t believe her eyes.

They still wanted her to pay!

The reduction from a crippling $165,000 to $25,000 was like a punch in the face. To them it was “more than fair.” Sandy didn’t have to look at her lawyer for advice. She stared right into the eyes of the insufferable woman across from her … and ripped up the piece of paper.

“Section 6-30 of the Code of Ordinances” could stuff it where the sun didn’t shine.

Sandy was ready to take it to the next phase. Her and her lawyer called in every news outlet they could think of. They also posted on every social media channel and asked people to share her story. When the news vans appeared, she was ready.

No Resolution, But Not Giving Up

She stood in front of her house, explaining the entire situation … from the first fine to the insulting “settlement.”

There was no way she was going to give up fighting. They wouldn’t get a single penny out of her no matter what. And she would make sure they admitted they were wrong no matter how long it took.

For Sandy, this was a matter of principle. If people can’t be free to manage their property and practice their affairs free from government control – especially when they’re not harming anyone, then what does that say about our society?

Sandy buckled up, fully prepared to teach her city a valuable lesson.

Sandy’s lawyer advised her to sue the state for a pretty penny. She could have easily sued them for triple that fine they handed her but Sandy had a different idea for revenge in mind.

First she needed to make it public. “I’ve been living here for 17 years now and I’m being fined over $160,000 for parking on my own property,” she said at the press conference in front of her house.

Sandy also stated that she sent “voicemail after voicemail” to the town asking them to send an inspector but she got tired of “playing phone tag”.

However, the city refused to acknowledge this as evidence. So Sandy devised a brilliant plan. All she needed was the help of her trusted lawyer.

After Sandy reached news stations all around America, it was time to take her case to the court. With the help of her lawyer, she managed to fish a record of her phone calls and supply it as evidence.

She was seeking a declaratory judgment from the court that supported her lawsuit, claiming that the fines imposed on her are unconstitutional. But what did that mean?

Sandy wanted the city to not only admit they were wrong but she also wanted their behavior to ultimately become illegal so as they couldn’t threaten anyone else with such severe and unjust fines and treatment.

She wanted to silence them completely but going public wasn’t as easy as she thought.

As soon as Sandy spoke out and her face was plastered across the nation, she received plenty of support and encouragement.

Many people congratulated her for taking a stand against such an unreasonable code of law. However, not everyone agreed with her point of view.

Some people sided with the city. Their reason was that if the law didn’t exist, the city would surely begin to look less favorable.

People stated that having four cars in a smaller driveway can be an eyesore at the best of times and it’s better to keep an area looking tidy and looked after so that its economy will grow.

Sandy is still going through the lawsuit and is waiting to hear what the court’s decide. So far however, things have been looking good and it looks like Sandy may get her revenge after all.

They say the best revenge is served cold. That’s exactly what Sandy did as she went directly to a superior power to overrule her own city’s decision. What a boss!