Rude Woman Refuses To Leave ‘No Parking’ Zone, So Construction Workers Get Their Revenge 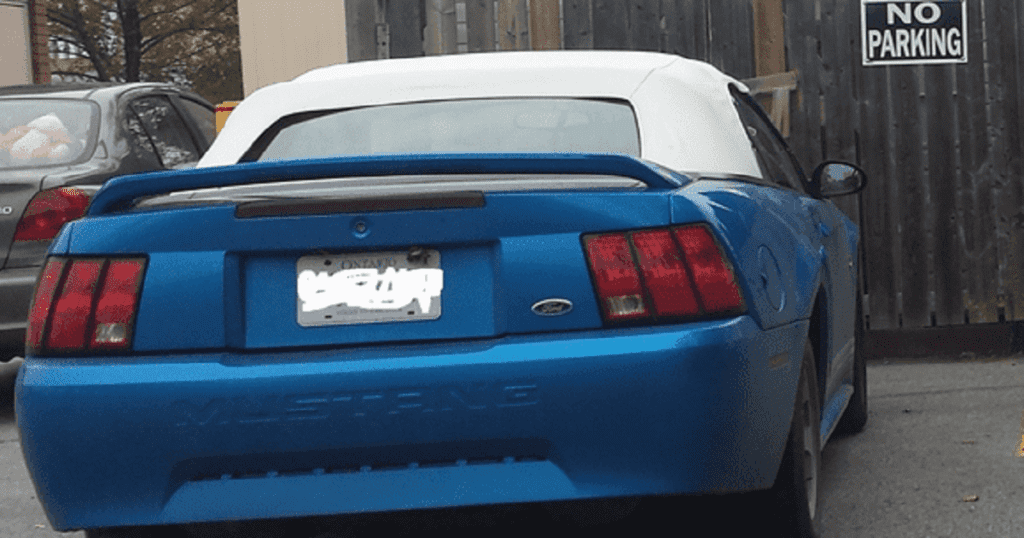 Immediately he knew this was going to be a long day. As if moving construction material up a hill wasn’t hard enough, now he had to deal with an entitled woman who refused to move her car. He thought about calling the police, but that would take precious time away from his work.

Then, as the woman continued to dismiss and condescend him, this mad genius had a brilliant idea. That woman was about to regret ever parking there.

He Did Not Ask For This 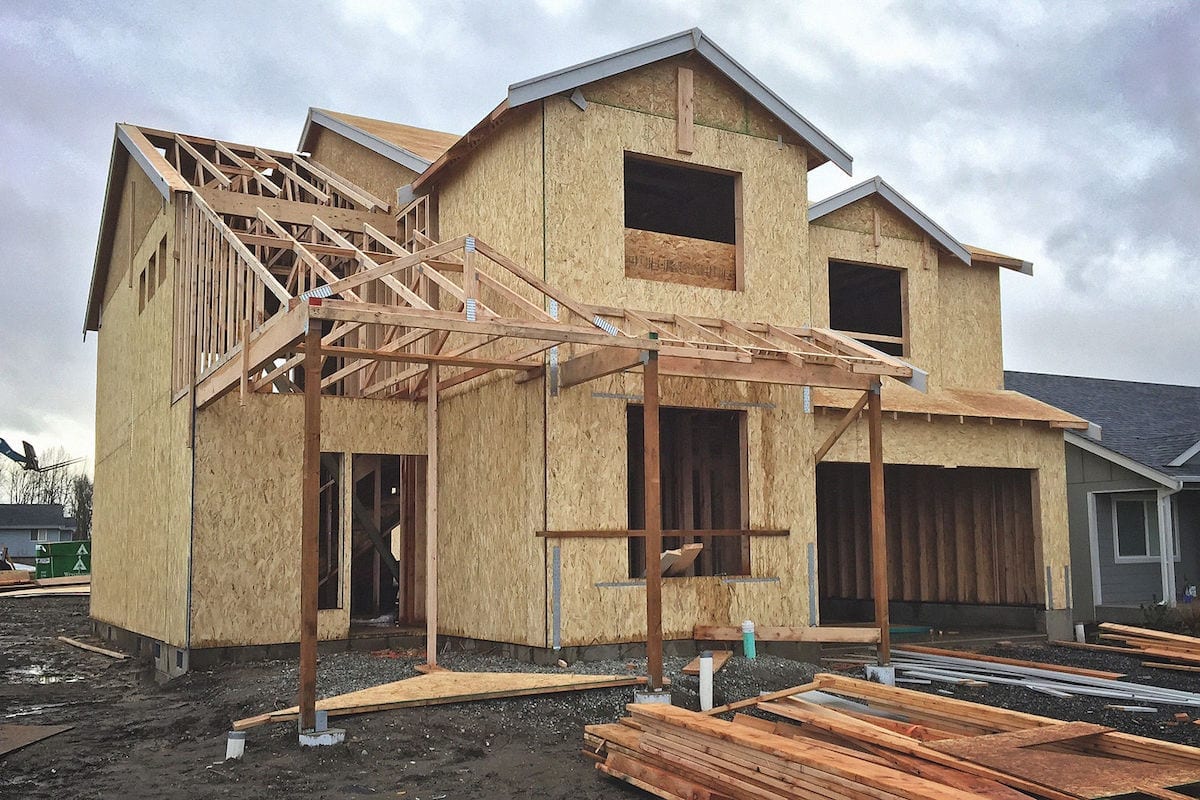 It’s not like he had asked for all that trouble. He had gotten hired as a foreman for a new house build, something he’d done many times before. But this project was different. The house they were building was on top of a hill, and the only way to get there was by walking up a 250-ft footpath.

Naturally, this complicated their work – especially when it came to bringing up materials. Thankfully, there was a saving grace. 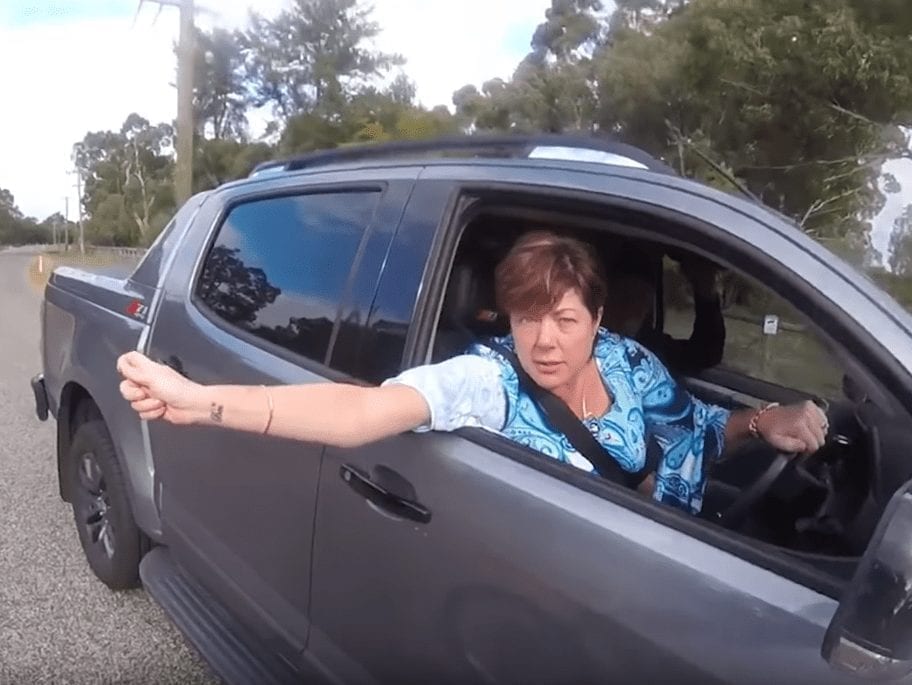 Two parking spots on the street at the bottom of the hill had been reserved for the construction site. Two official “No Parking” signs had been installed, to deter anyone who may want to leave their car there. Unfortunately, the signs didn’t stop everyone from parking illegally.

There was an elementary school half a block from the bottom of the hill, and the foreman soon found that parents often made use of those parking spots. But that didn’t faze him much – until one day. 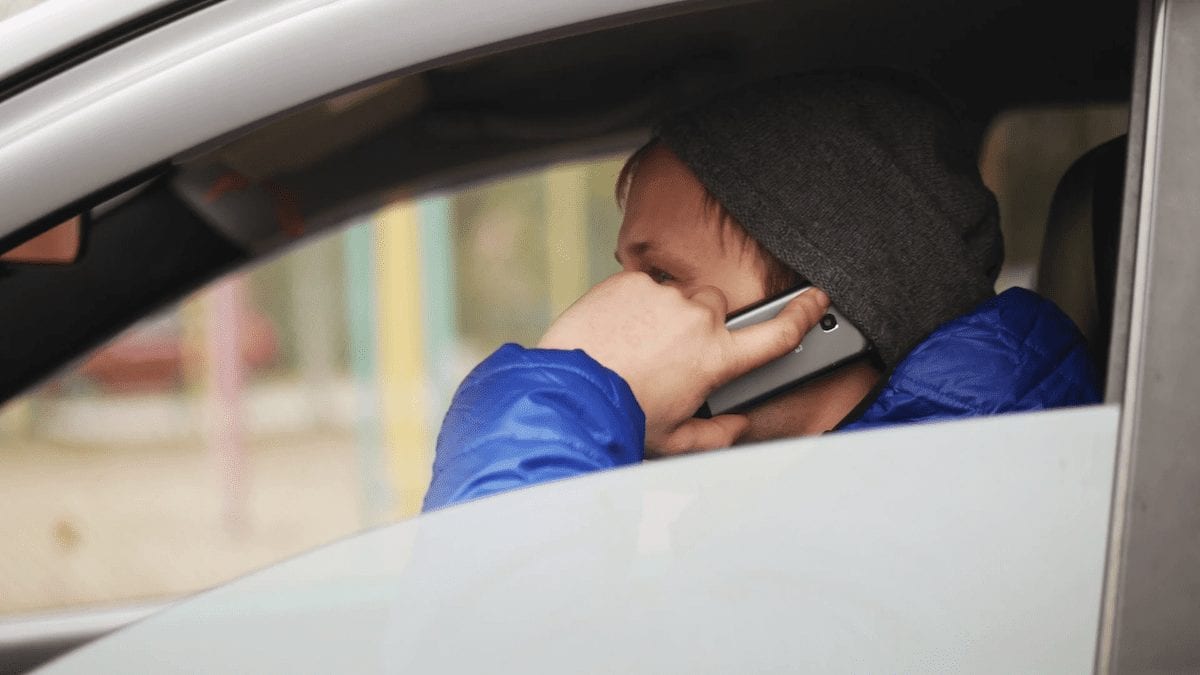 Whenever he saw a parent parked in one of his reserved spots, he didn’t say anything as long as there wasn’t a truck needing to park or a scheduled delivery. And when there was, he politely asked them to move and they did so immediately. Most of the time, at least. On the day in question, the foreman received a call from a lumber delivery driver letting him know he was on his way.

So he went to verify the parking spots were available, and that’s when he saw it.

A Woman Waiting For Her Kid 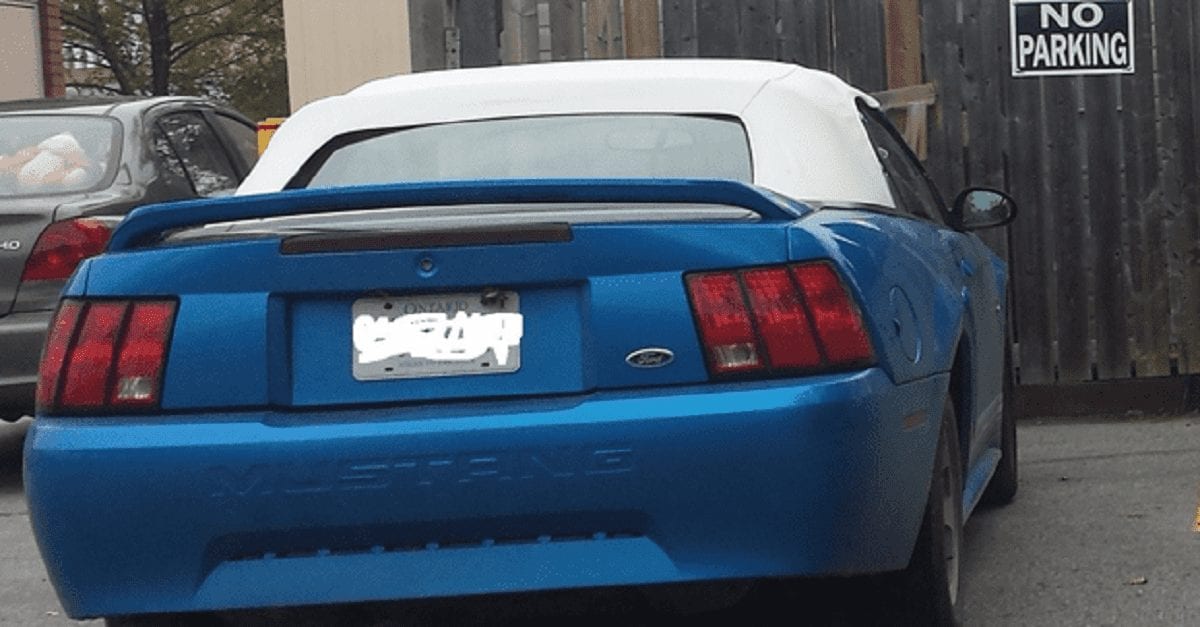 An idling car was parked in one of the reserved spots, and he saw there was a woman sitting in the driver’s seat. The foreman assumed she was there waiting for her kid to come out of school. He walked up to her window and cordially asked her to move her car.

Scoffing, the woman replied, “I’ll just be a few minutes, and your truck isn’t here, take a chill pill dude.” And, as the foreman processed the rude remark, the lumber truck arrived. The foreman thought that, now that the truck had arrived, the woman would move her car and let them park. But all she did was roll up her window and try to ignore him.

When he waved at her to get her attention, she rolled it down halfway and shouted, “WHAT?” This time with a stronger tone of voice, the foreman told her the truck needed the space to park. And that’s when she said something that left him speechless. 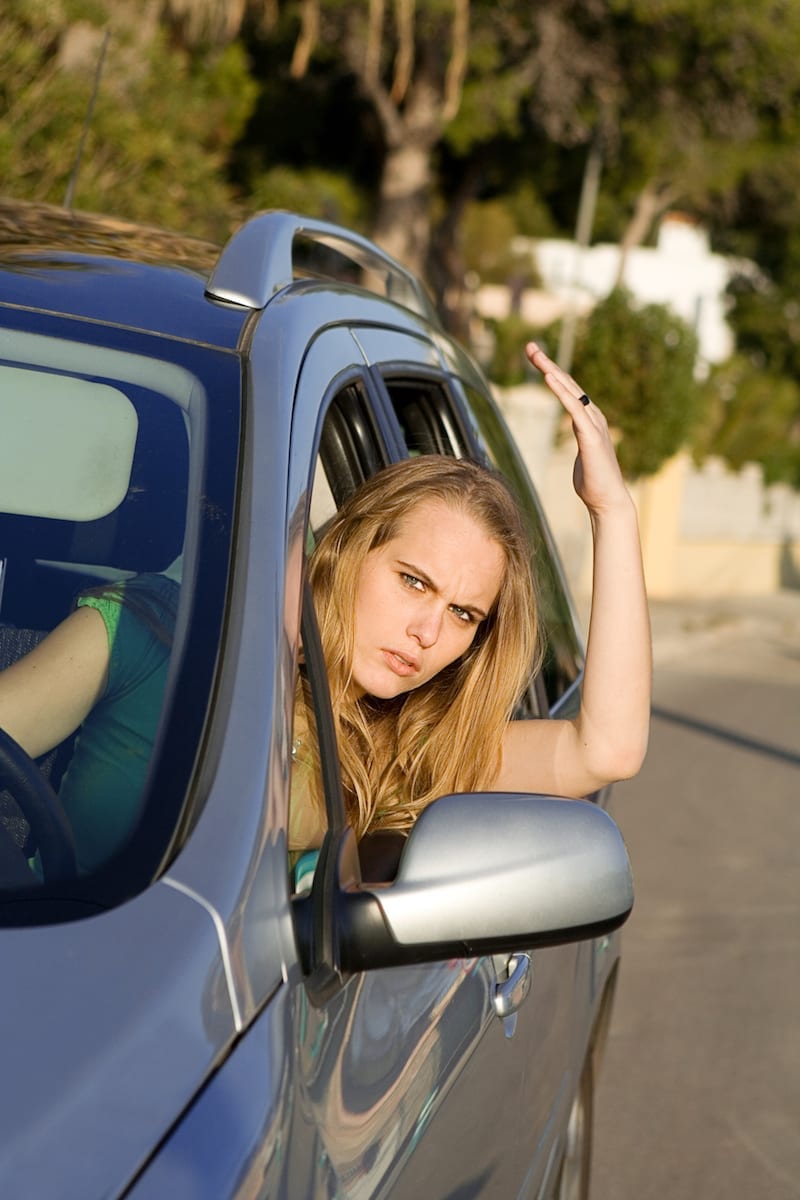 “Can’t you guys just unload around me? Jesus, it’s not that hard,” said the woman dismissively. The foreman was astounded by her rudeness, but her remark gave him an idea. He went over to the truck driver and told him to park his truck parallel to the woman’s car, and as close to it as possible.

The driver smiled, understanding what the foreman had in mind. This woman was about to get a taste of her own medicine. 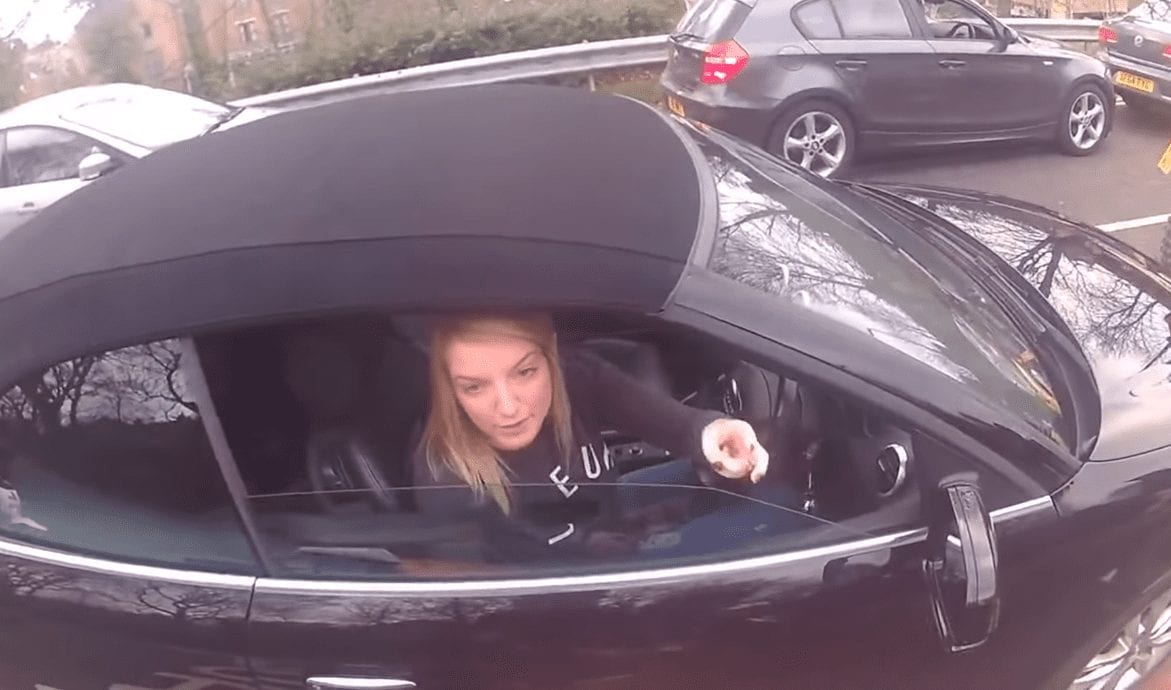 Behind the woman’s car was the construction workers’ port-a-potty, and next to the two reserved parking spots was another parked car. The lumber truck was now blocking her side, effectively boxing her in next to the curb.

The woman did not notice, though, as she was too busy pretending to ignore the construction workers she had just forced to park in the middle of the street. But there was one more thing the foreman needed to do. 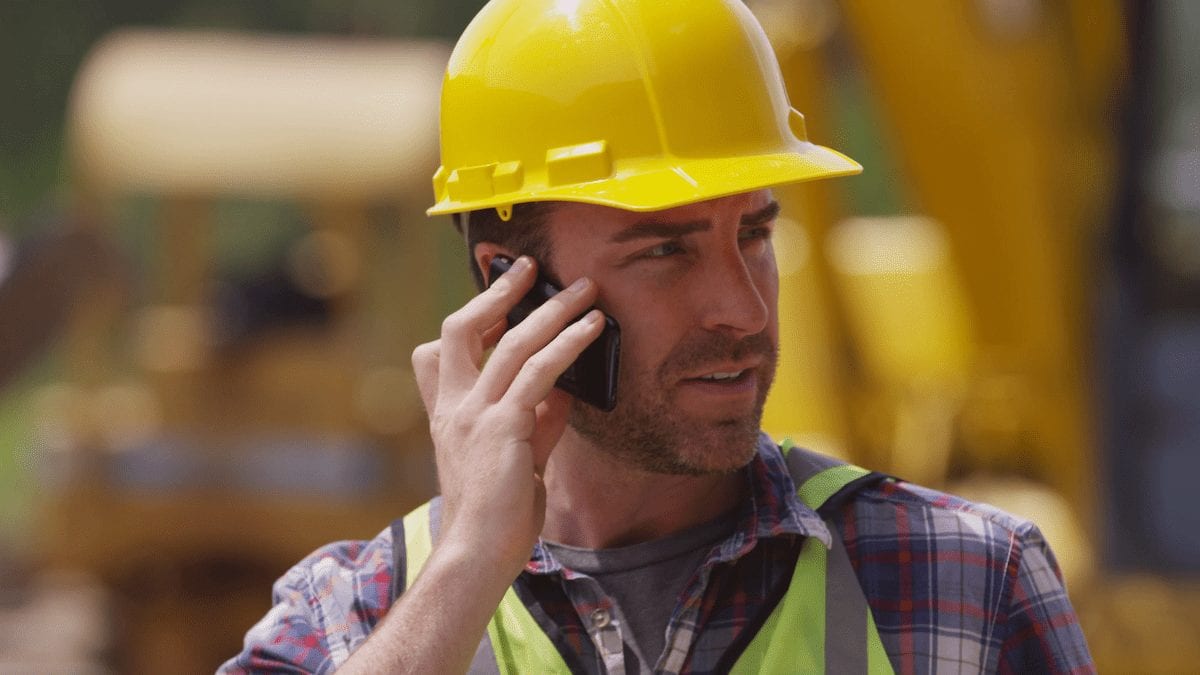 The foreman called the police parking enforcement office to let them know of the issue. “At this point in time I wasn’t trying to get her in trouble, I just wanted a record of why we were blocking part of the street so we don’t get in trouble with the city,” he wrote.

The officer told him she could be there in 30 minutes to deal with the situation. Then the woman’s kid appeared, and all hell broke loose.

Now She Was In A Hurry 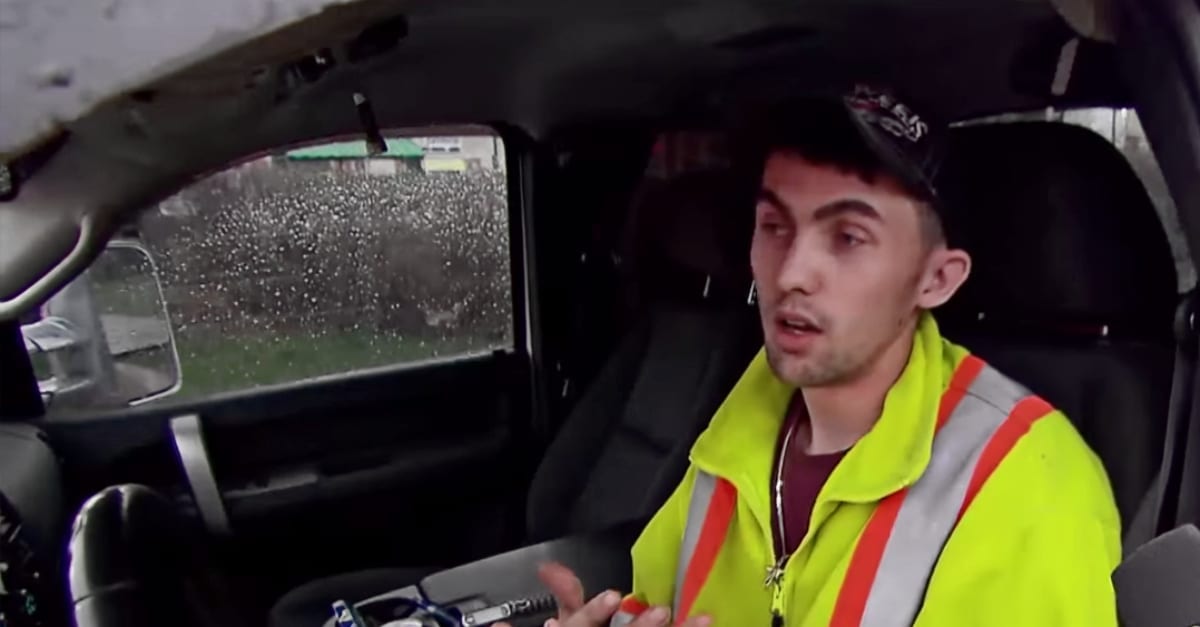 The woman tried to exit her car to greet her son, but the door wouldn’t open all the way. Fuming, she clambered over to the passenger’s seat and stepped out.

After she loaded the kid in the back of her car, she went over to the foreman and driver, who were holding back their smiles. “I’m in a big hurry, you need to move your truck right now so I can go.” But she was in for another nasty surprise. 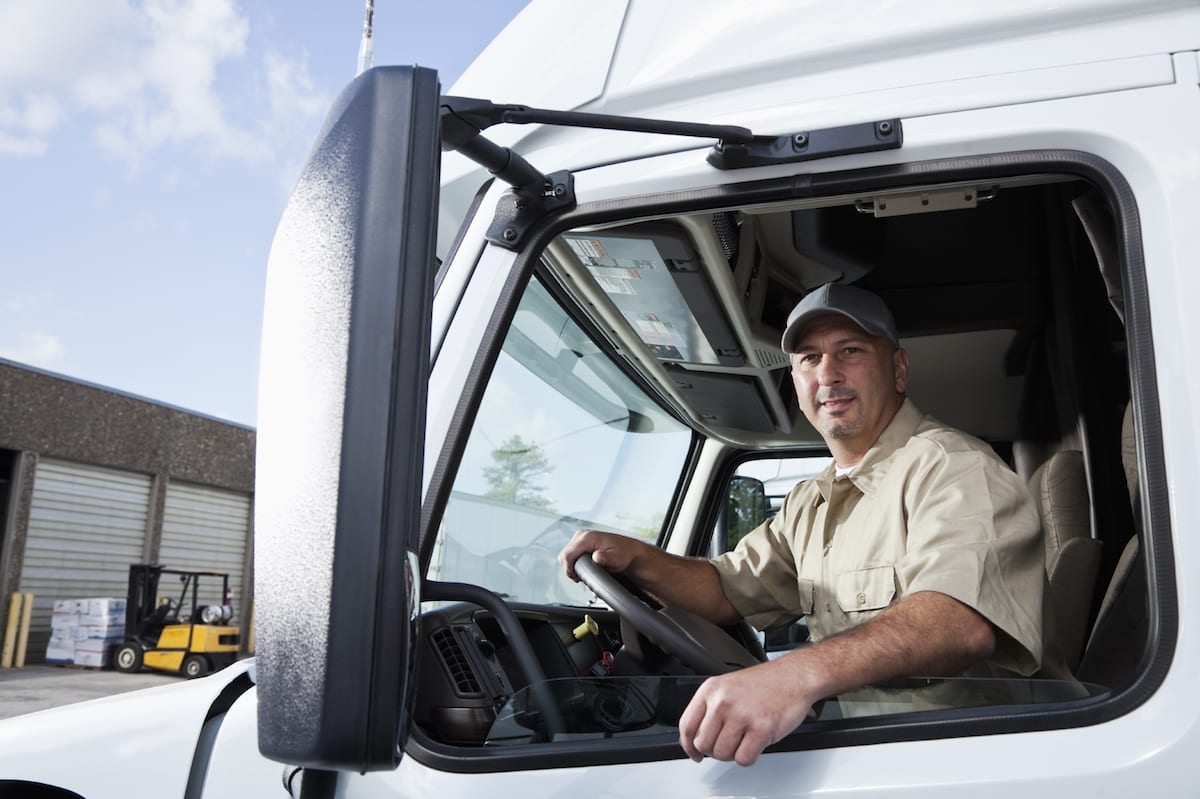 “Ma’am in order to unload the lumber on the truck we had to unstrap it, and per our company policy I’m not allowed to move the truck with any unsecured load on it,” replied the truck driver, smiling.

Enraged, the woman screamed obscenities at him. “I have somewhere to be!” she yelled. Then, unbeknownst to her, the traffic officer who took the foreman’s call arrived and parked behind the truck.

A Fit Of Rage The foreman, smiling, told the woman, “Can’t you just pull out around it? It’s not that hard.” The furious woman cursed him out and stormed back to her car, again clambering in through the passenger’s seat. As the officer walked up to the foreman and the driver, the woman put her car in reverse and stepped on the gas, knocking over the port-a-potty behind it.

She then charged forward, in an attempt to drive over the sidewalk. The three onlookers couldn’t believe what they were seeing. 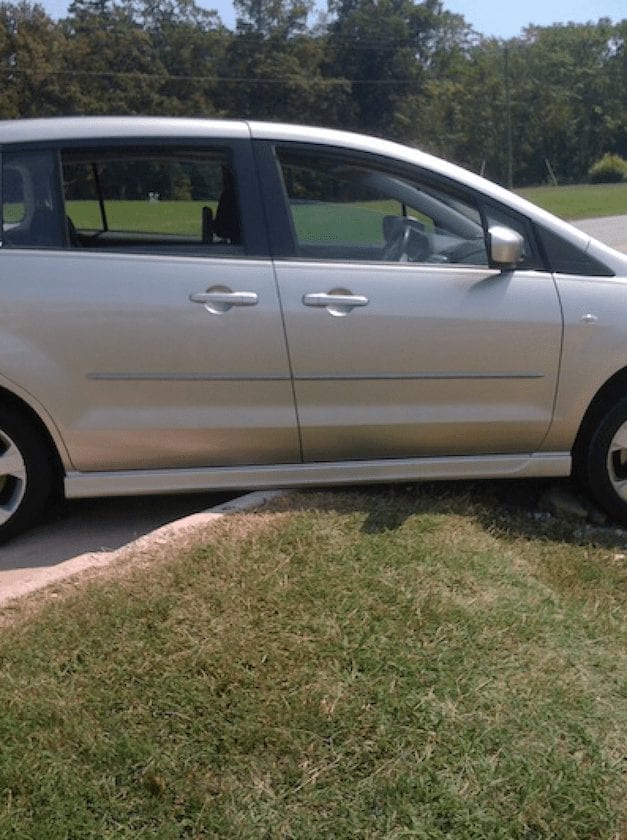 The woman’s attempt to escape her parking jail failed when her car got stuck halfway down the curb. But her misfortune didn’t end there. The officer calmly walked over to her and told her to get out of the car.

Once she was out, she was handcuffed and made to sit on the curb as the officer called for backup. But she wasn’t done being a terrible person.

Trying To Deceive The Police 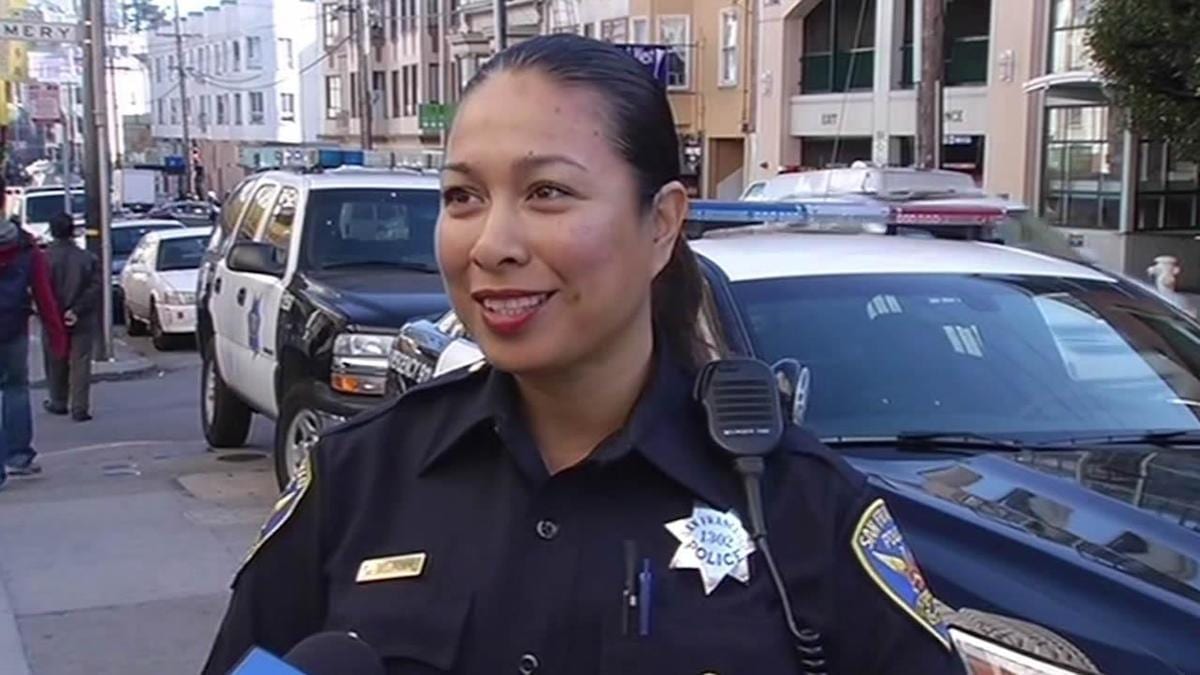 Knowing she was in deep trouble, the woman tried to spin the situation in her favor. She lied to the officer, saying the foreman hadn’t asked her to move and had instead told her she could stay in that parking spot.

But the officer wasn’t having it. She told the woman she had received the foreman’s initial call when she refused to move and knew exactly what was going on. The woman was doomed. 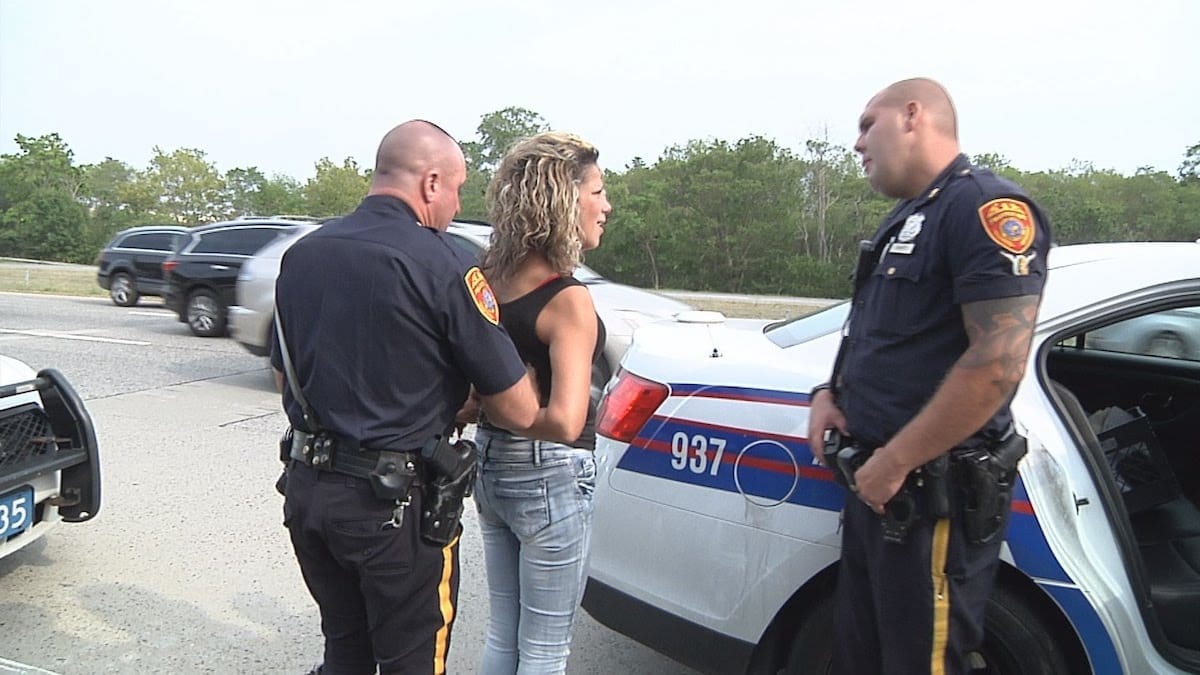 By this time, the workers had finished unloading the lumber and the truck went on its merry way. But the woman’s ordeal had only just begun. She was charged with reckless driving, destruction of property, and driving on a suspended license.

Her car was towed and her son’s grandmother was forced to come and pick him up while the woman was taken to jail. “But I think next time she’ll probably think twice about parking in a tow-away zone if she ever gets a license again,” concluded the foreman.

Teachers Mock Boy, Regret It When Mom Shows Up With Microphone 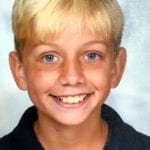