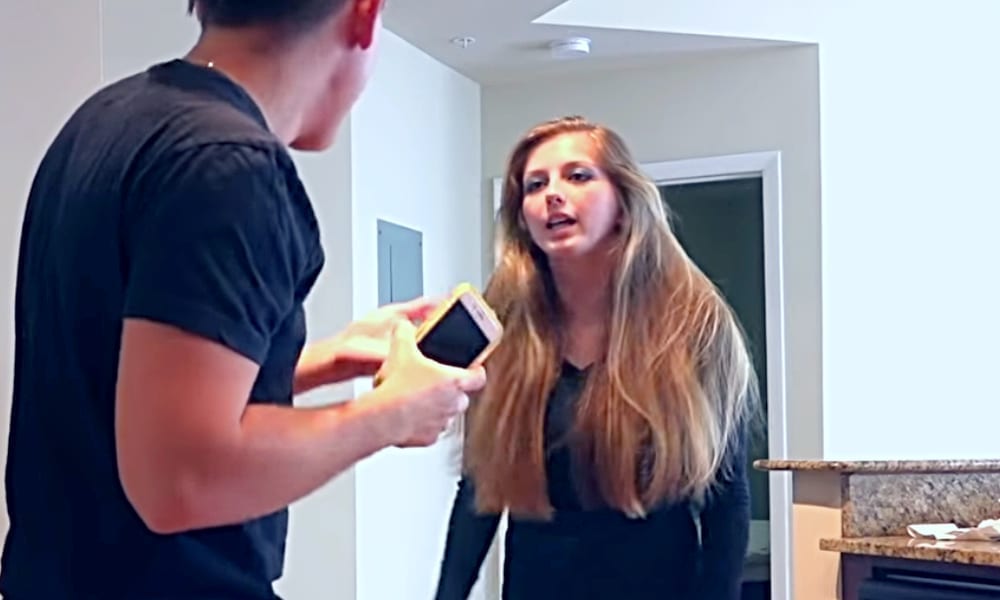 We’ve all had our fair share of bad dates and people not being who they claim to be. In her search to find someone special, one woman discovered that the man she was talking to was not at all who they claimed to be.

Kimberly Anne is a 31-year-old woman who like most of us is looking for love. Ultimately she decided to try using the dating app Tinder. A while later she matched with someone on the app and started talking.

Could this finally be the one for her?

Getting To Know You

The two spent some time chatting and things were going well. They both talked about how they were both ‘looking for someone special’. Things seemed to be going well and the two of them got on well.

‘I asked him what he was looking for and he asked me the same question and I told him that I was hoping to find my special someone and he responded with “I love that”. He sent me a message on Whatsapp and I asked him why he was messaging me on there instead of just sending a regular text and he just changed the subject.’

‘When I started scrolling on Facebook it brought up suggested friends and I recognized him immediately from his profile picture.’

Kimberly was surprised to see him appear on Facebook as a “suggested friend”. Naturally, she went to look at his profile and that’s when things started to unravel. Kimberly was in ‘complete shock’ when she noticed something on his profile.

His profile said that he was engaged!

‘I thought I’d take a look and the first thing I noticed was that it said he was in a relationship. ‘Hoping it was old I clicked on her profile and the first post was an engagement announcement from exactly one month ago,’ Kimberly recalls.

According to Kimberly: ‘My first emotion was just complete shock, I could not believe it – I was just flabbergasted. ‘I wasn’t seriously emotionally invested yet, but I was angry on her behalf that he would do this to her.’

While looking at his profile, Kimberly noticed that there was a message from his fiance regarding the proposal. It had happened only a month earlier! Kimberly knew that she couldn’t let it go.

Kimberly decided to send her a message.

The man claimed Kimberly was mistaking him for someone else. Despite his claims that she had the “wrong person”, she knew it was him due to the distinctive tattoo on his arm. Kimberly confronted the man about her discovery but he responded with – ‘wrong person honey’.

Kimberly was not convinced.

Kimberley said: ‘I looked again at his Facebook pictures and compared a tattoo on his arm to the pictures on his Tinder profile and it was the exact same tattoo, so I told him this. I just felt if the tables were turned I would want her [his fiancé] to tell me.’

But that’s not all.

‘I feel women have to support women in these situations – we have to have each other’s backs.’ She contacted his fiancé via Facebook messenger and shared the messages he had sent her. Kimberly said: ‘My whole body was shaking when I was sending these messages because I didn’t know how she was going to react.’

‘I felt so awful and partially responsible that I could potentially be breaking this woman’s heart.

‘I said do what you will with this information, I would want to know if it was me. ‘She just said “it’s ok it’s not your fault, thanks”.’ She then blocked him and unmatched him on the dating app as she was afraid of any backlash from him.

Kimberly has since heard nothing from the couple but believes they remain engaged as their relationship status and engagement post remain online. Kimberly said: ‘Her response was so calm and minimal that I don’t know if she was in shock or maybe this was something that had happened before and she wasn’t really surprised by it.

‘I’m afraid that she has decided to forgive him, but that’s her choice if that’s what she wanted to do. ‘Personally I would have ended the engagement immediately, but maybe she was more understanding than I would have been. ‘Later in the day I looked at his profile and saw he had changed his profile picture to one of him and his fiancé together hugging.