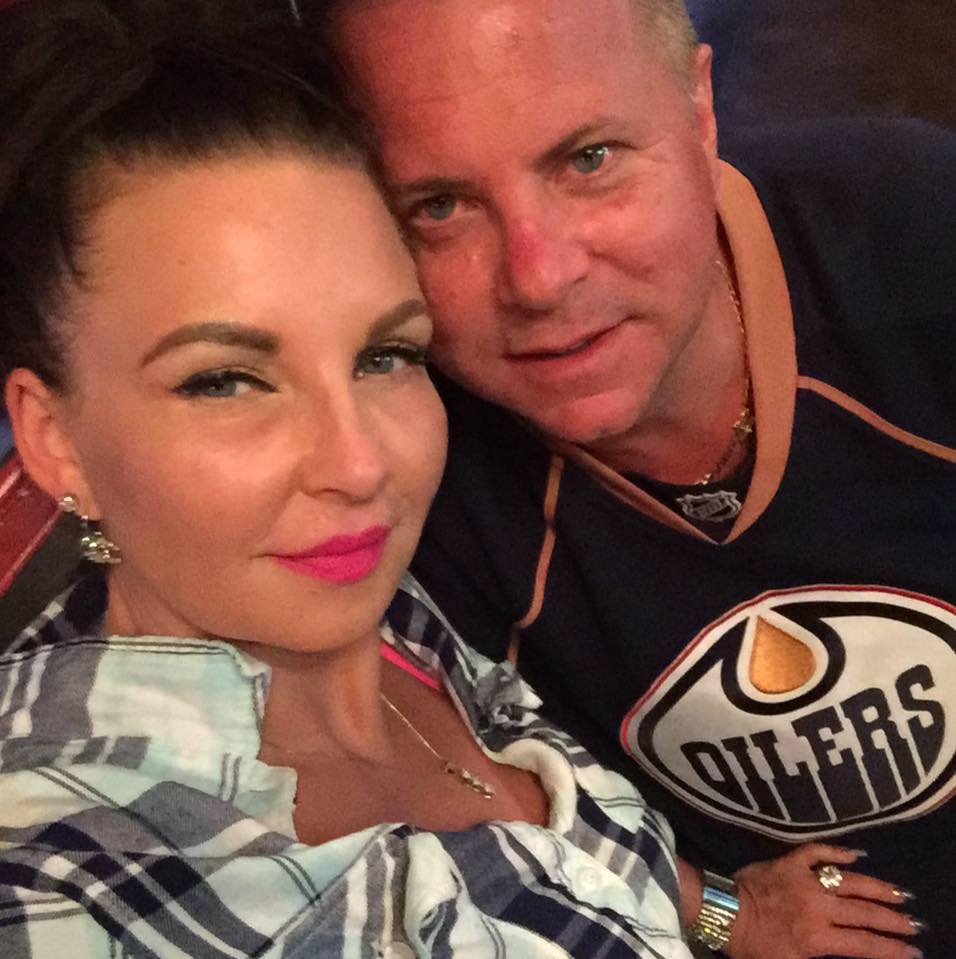 When your day is going badly, one silly mistake can make it ten times worse. Parking tickets are irritating enough, but when there is a legitimate reason for parking, it’s infuriating. One Canadian woman forgot about the consequences when she left her car in a parking lot overnight. But she never expected this incredible gesture.

Couples are used to tough times. From financial struggles to the impact it had on their relationship, Shelly Harrison and her husband were desperate. But no matter how strapped for cash they were, they weren’t going to downplay their anniversary. Finally, she had something to look forward to. But just as her hopes began to rise, they were immediately shot down.

One day, she found a menacing note on her windshield. Was it a joke? A threat? Had she gotten a ticket? What she discovered made her grab her phone. 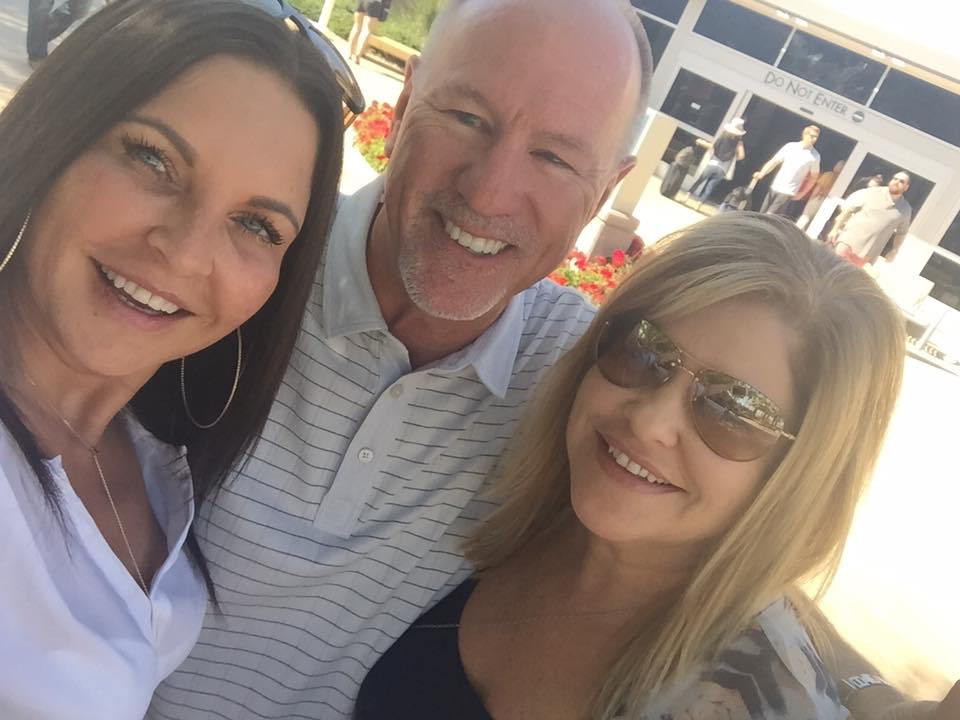 Shelly and her husband settled in Sherwood Park, Canada. Like many, she had fallen on hard times. Little did she know, things were about to become much worse. Unfortunately, her father passed away unexpectantly. She was horrified. And as she was trying to organize funeral arrangements, she returned to her car to find a parking ticket. Surely, someone would understand her situation and be able to help?

But as she left the courthouse, she was greeted by another police officer issuing yet another ticket. But there was more ill fate waiting for Shelly. 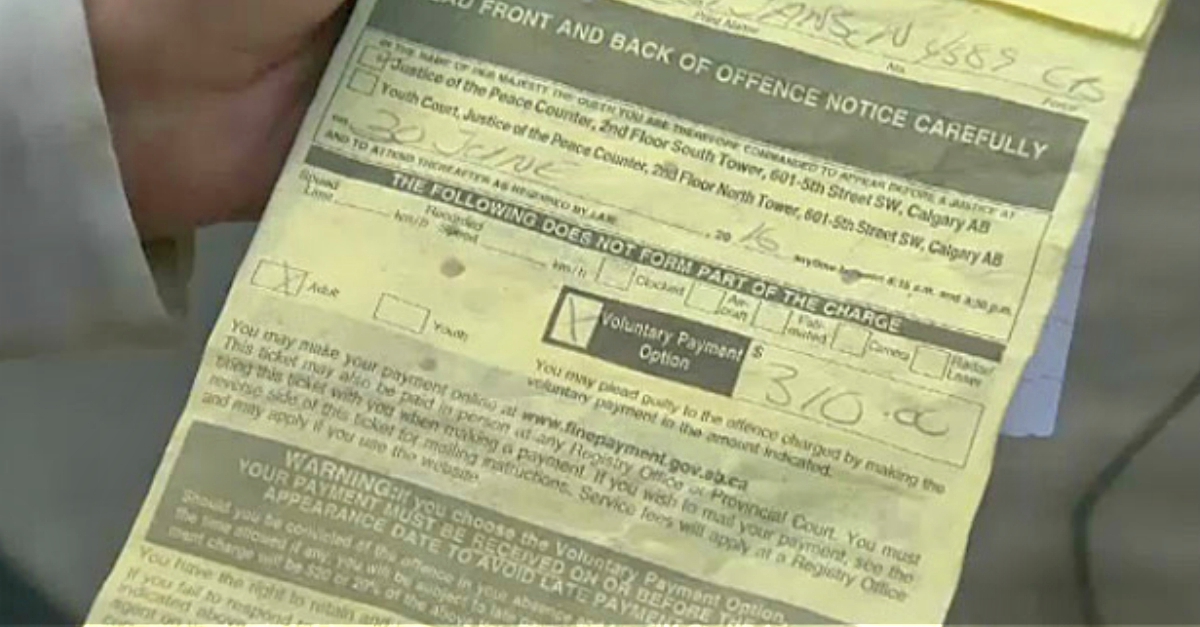 Shelly’s landlord had issued an eviction notice the same week as her father’s passing. Objecting to the unfair eviction, she went to court and after a long day, lost the dispute. As if her day wasn’t terrible enough, she had been issued another ticket during the court case!

She was strong, but everything was starting to weigh on her heart. She couldn’t afford a funeral, let alone parking tickets or a new deposit for an apartment. But she tried to stay positive. “It could be worse,” became her daily mantra. However, when her husband arrived home and said “we need to talk,” her head spun. On the day of their anniversary? She never expected him to say the following words. 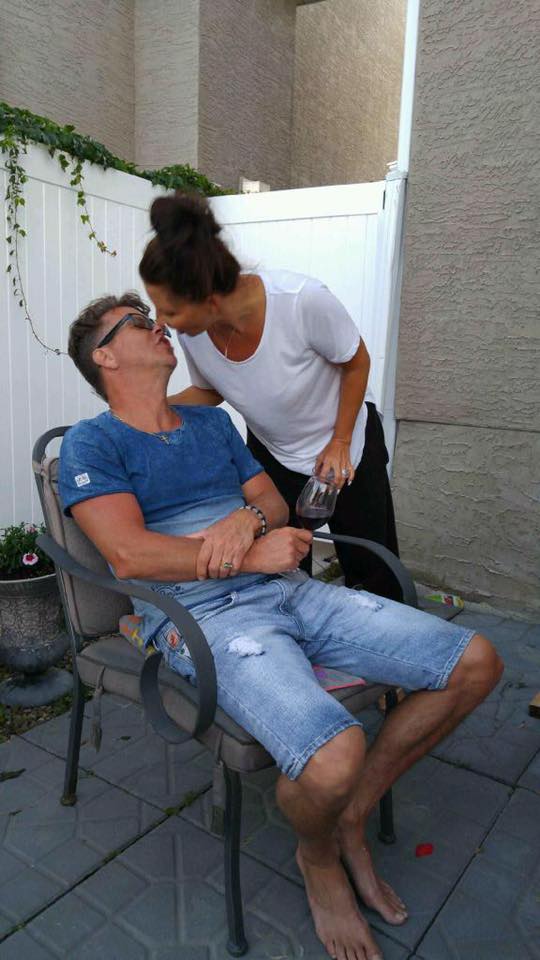 Shelly waited patiently at the kitchen table. She had just poured two glasses of red wine that matched the dress she bought for $8 at the charity store. But when her husband asked her to sit down, her heart began to race. “I’m being laid off,” he said before throwing his hands over his face.

Shelly fought the tears that formed in her eyes and rushed to his side. She wasn’t going to let a series of unfortunate events tear them apart. They didn’t need much. And a dollar could go a long way if you were smart enough! She refused to let his news spoil their night. But she never expected her entire life to shift that very same night. 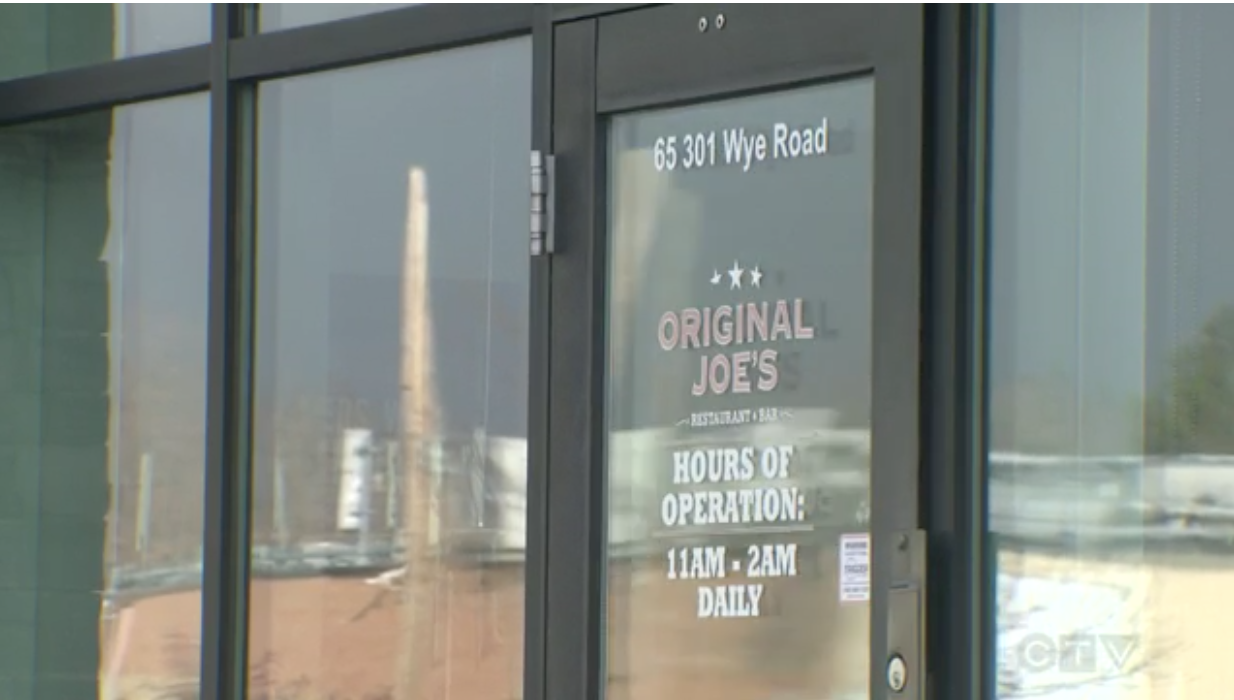 If they were going to spend the foreseeable future pinching their pennies, they would at least splash out tonight. They went to their favorite table at Original Joe’s restaurant in Sherwood Park, Alberta. They ordered their usual—the pulled pork burger and steak sandwich.

As per their ritual, they halved each plate and washed their meal down with a few drinks. They had planned to leave after one, maybe two, but nostalgia got the best of them. After the last call, they made their way outside. Their car was the last left in the parking lot. Shelly stopped. She had a better idea. 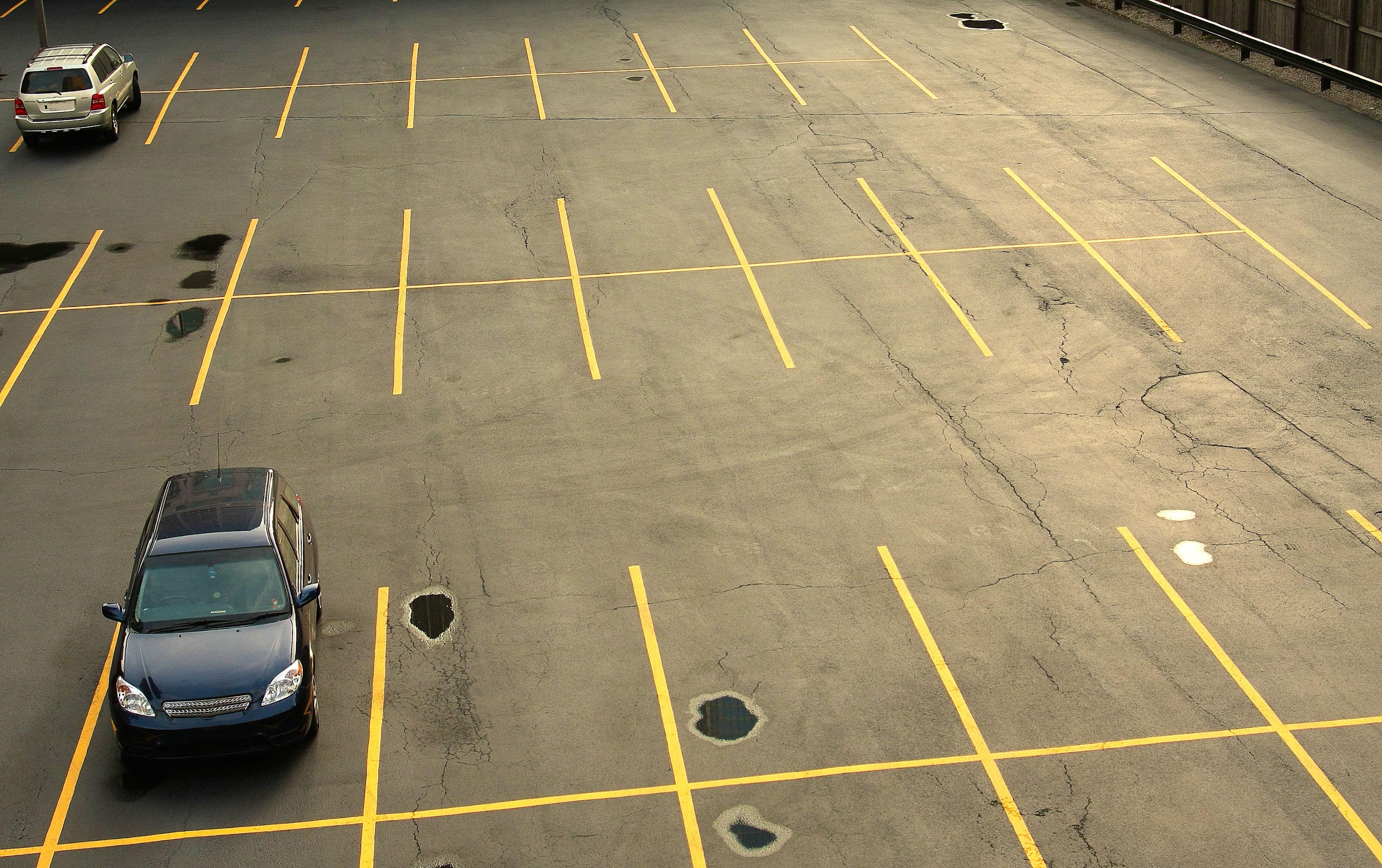 Shelly was responsible. “You don’t have to be drunk to be impaired,” she shared. “I wasn’t some crazy drunk lady, but I definitely had no business driving.” She knew the dangers of driving under the influence. And she would never put her husband or another innocent person in danger because of her poor decisions.

But she was having a terrible streak of luck. Could she really risk leaving her car overnight? The last thing they needed was more debt. But it didn’t seem like she had any choice. 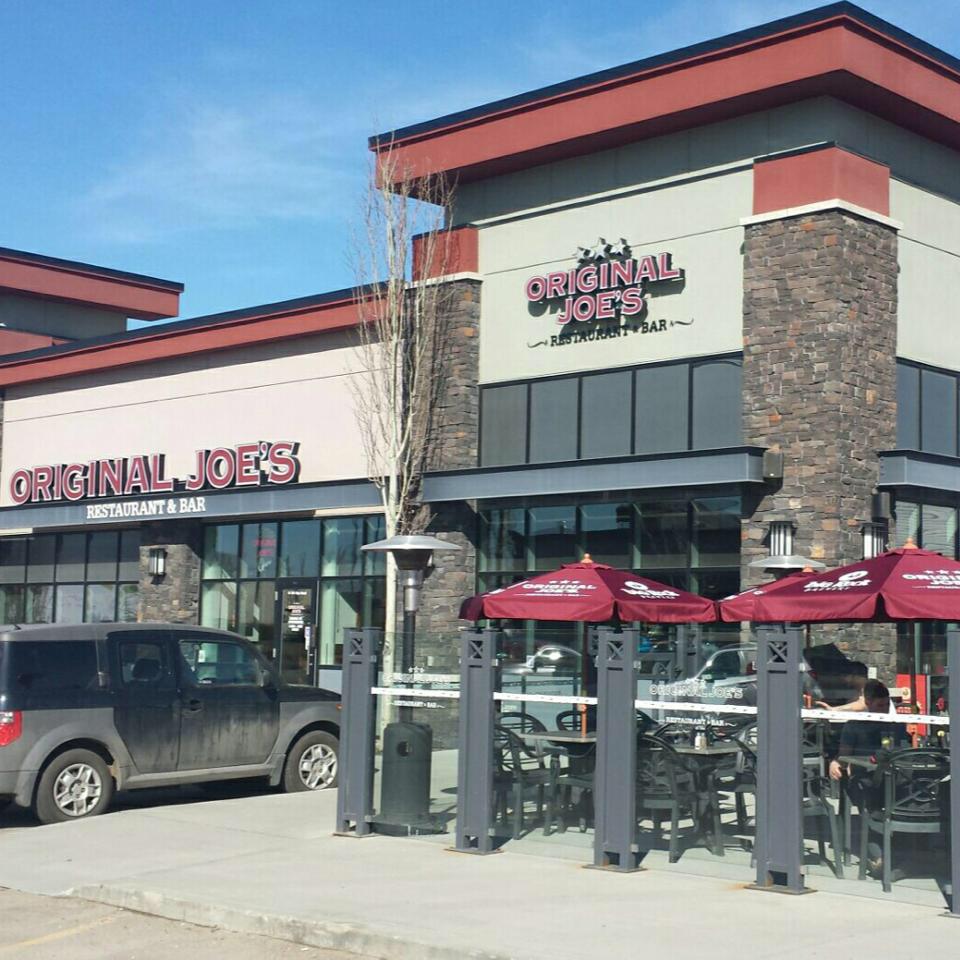 Unfortunately, Sherwood Park was a very rural area. And every cab they tried to hail was already occupied. They could have ordered an Uber, but there was none in the area and they would have been left waiting for quite some time. But it was cold, and they were eager to get back home. Shelly’s keys burned in her pocket. The roads were quiet and there were never cops around the area at this time.

In the end, Shelly made the safe decision and requested an Uber. That night, Shelly slept soundly for the first time in weeks. When she woke, she knew it was going to be a good day. She put on her jacket and made her way to the door. If she was quick enough, she could have breakfast ready and on the table before her husband woke. But first, she needed her car. However, when Shelly opened the door, she knew that was going to be impossible. 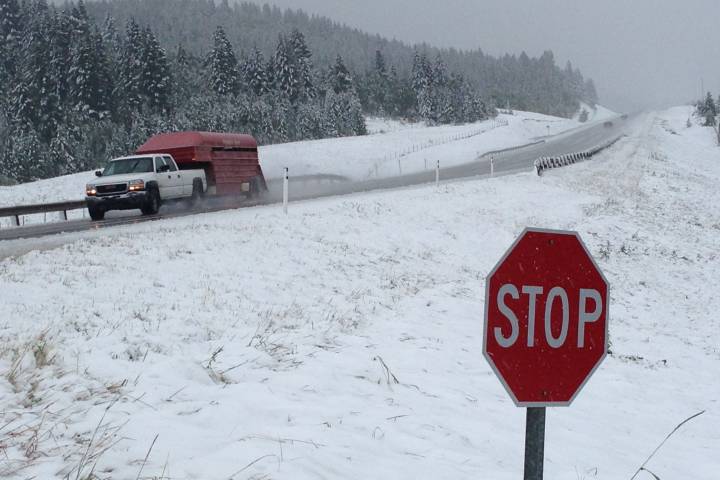 Shelly had slept through the beginning of a snowstorm. She had experienced countless days of heavy snowfall in the past. After all, Canada was famous for its frosty winters. Usually, she stayed indoors holding a cup of hot chocolate while lounging in front of a fire. Authorities recommended all residents to stay indoors and to avoid the treacherous roads. So, Shelly had to postpone her rescue plans.

She dreaded the possibility of getting another parking ticket. But she truly had no choice. After two days, the snow finally cleared and the roads were reopened. But her good mood couldn’t last forever. 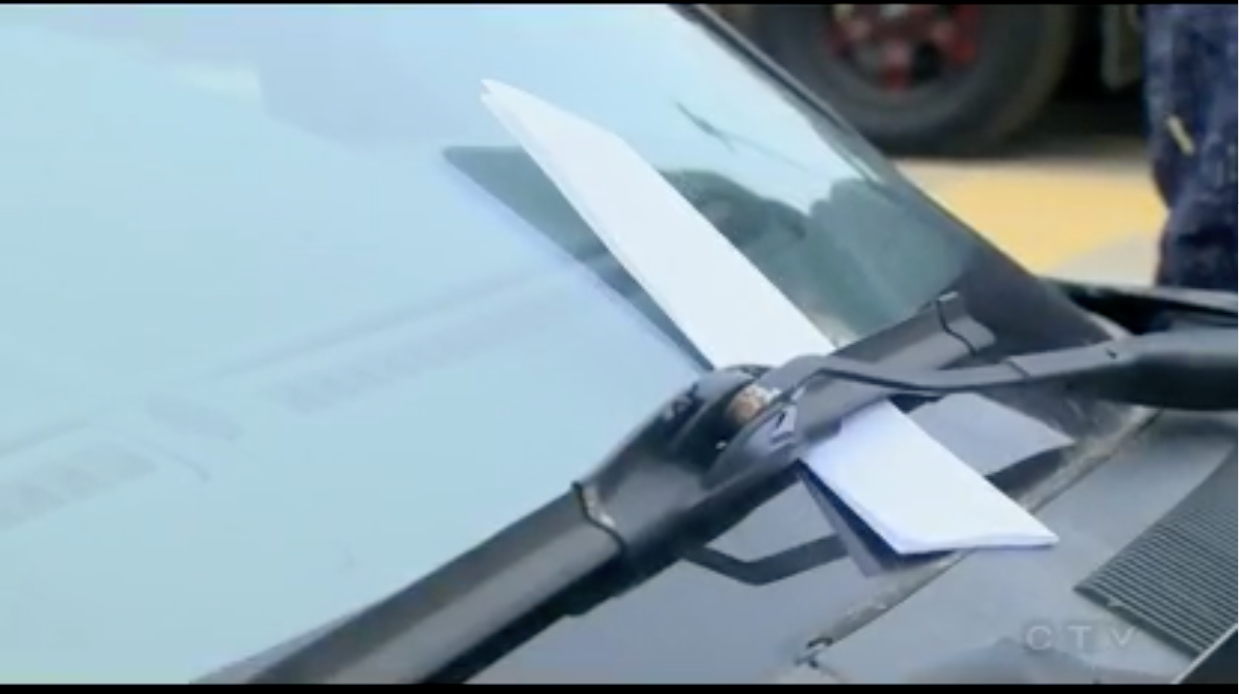 As soon as Shelly approached Original Joe’s, she worried. When she saw her car, she froze. Her vehicle was stuck under four inches of snow. Why had she left it so long? She looked over her shoulder. Her cheeks were red from both the cold breeze and embarrassment.

She put on her gloves and began to push the layers of snow from her windshield. Then, she discovered a piece of paper beneath the wiper. Had the wind placed it there? But she soon realized that it was indeed left for her. 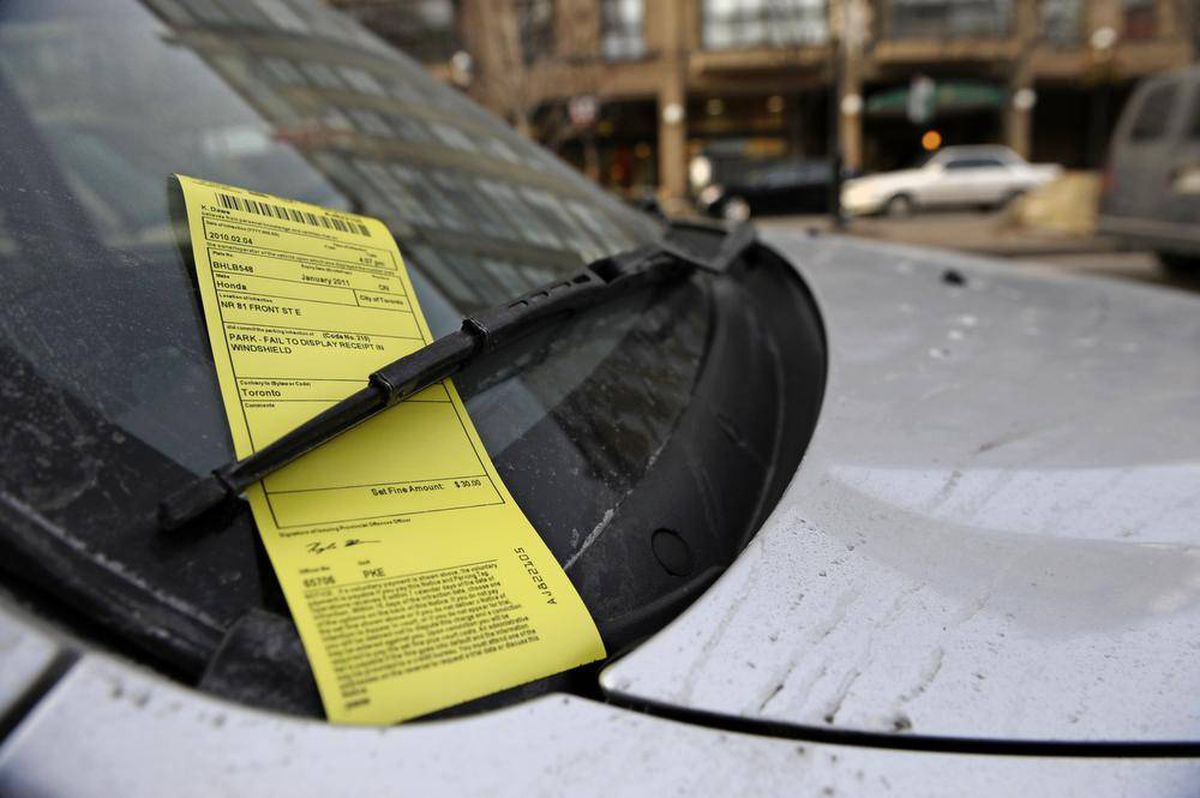 The Globe and Mail

Tears began to fill her eyes. She knew she shouldn’t have left her car there that night. She shouldn’t have wasted money on drinks. If she had been more responsible, she wouldn’t have been in this mess. After all the times she’d visited the restaurant, she had never seen any parking attendants in the lot. Her stomach turned. Maybe the owners reported her because she had blocked their entryway.

But when she opened the folded paper, her breath caught in her chest. 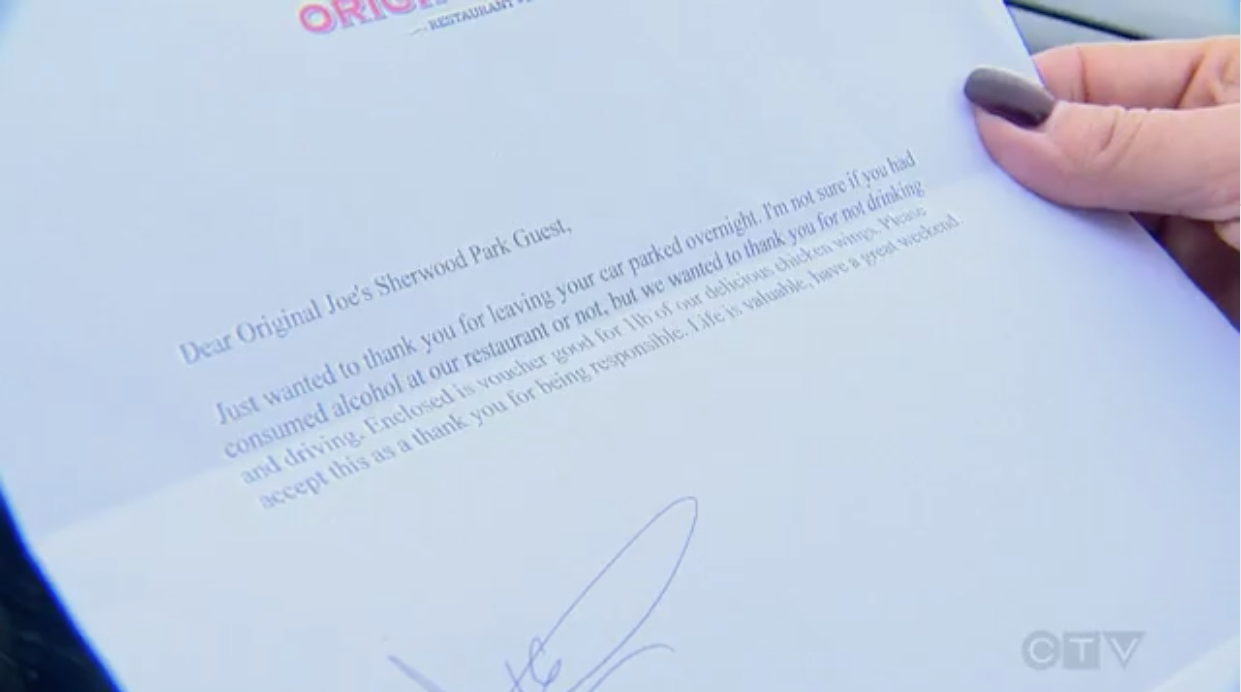 As expected, the note was from the restaurant’s management. Shelly braced herself for the worst. But as she scanned the page, she realized that they weren’t pressing charges, and they weren’t angry. Turns out, they were delighted with her decision to leave her vehicle. “I’m not sure if you had consumed alcohol at our restaurant or not,” she read from the typed letter. “But we wanted to thank you for not drinking and driving.” Shelly couldn’t believe it.

Finally, her luck had changed. But there was more to this story. 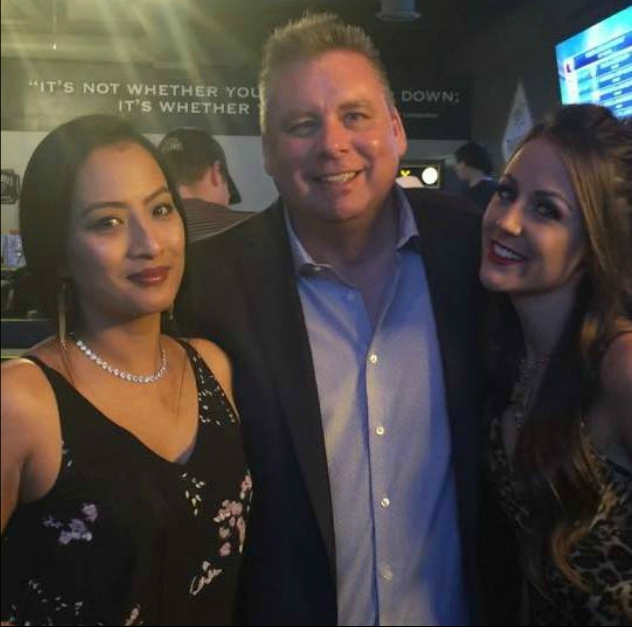 “Enclosed is a voucher for 1lb of our delicious chicken wings. Please accept this as a thank you for being responsible. Life is valuable, have a great weekend,” Jay McLean closed the letter. Jay was a managing partner of Original Joe’s. When he heard of Shelly’s decision from the staff, he was impressed. He believed her actions deserved recognition. But Shelly didn’t base her decision on a reward. She sighed.

A thoughtful gesture was the last thing she expected. She had to share her encounter on Facebook. However, she never thought their actions would receive this reaction. 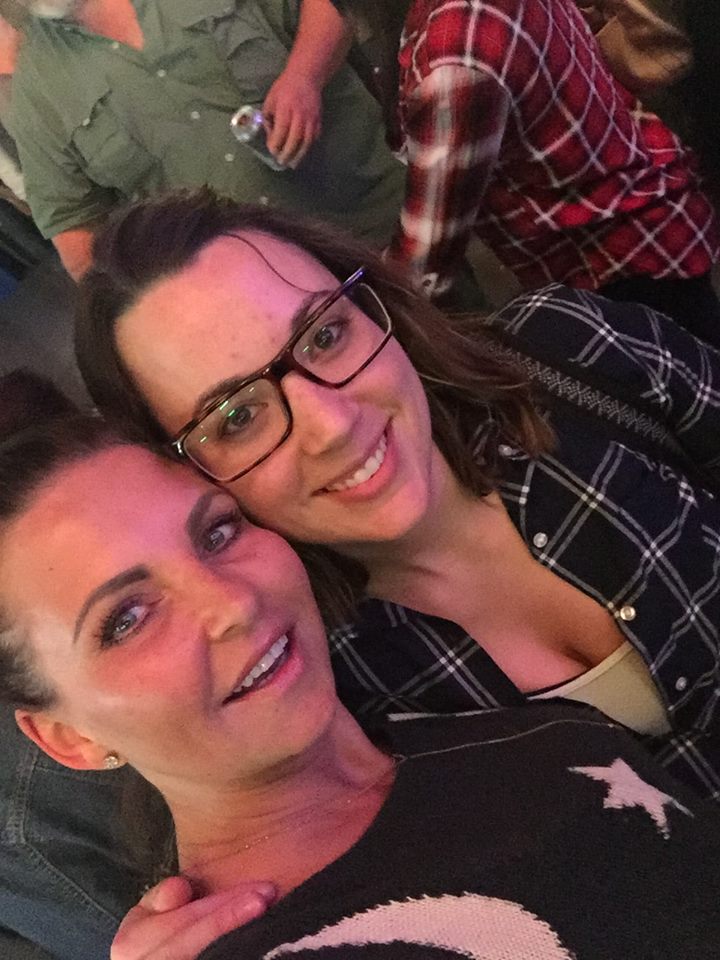 “When I found the letter on my windshield, I thought I was getting in trouble for leaving my car in front of the entryway to the pub. Wow! I’m so impressed. Definitely going back,” Shelly shared with her friends and family online.

She uploaded a picture of the note and clicked post. But strangers soon caught wind of the story. And understandably, her experience went viral for more than one reason. 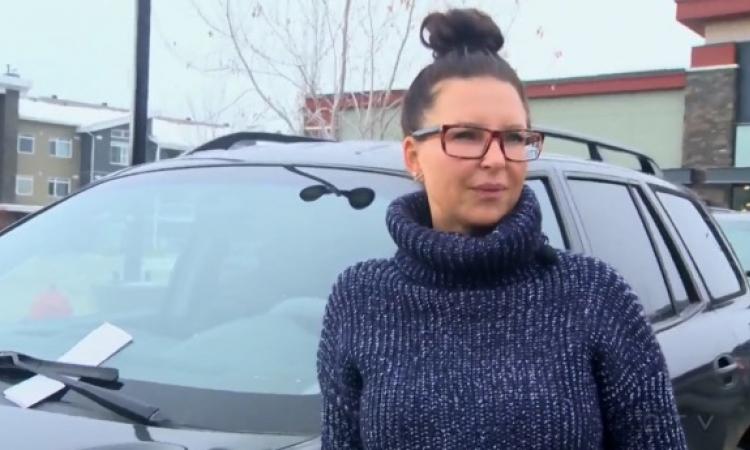 Shelly didn’t think much of her post. She shared it to show those she cared about that there were still kind people left out there. After months of hardship, she had finally caught some luck. Since sharing her story online, the post has been shared over 5,000 times by friends, family, and strangers. Everyone has been touched by her plight.

She hoped her experience would inspire more businesses to act in such a thoughtful way. Her family thinks this will also encourage businesses to offer rewards for responsible patrons. But it turns out, Jay McLean wasn’t the first business owner to act like this. 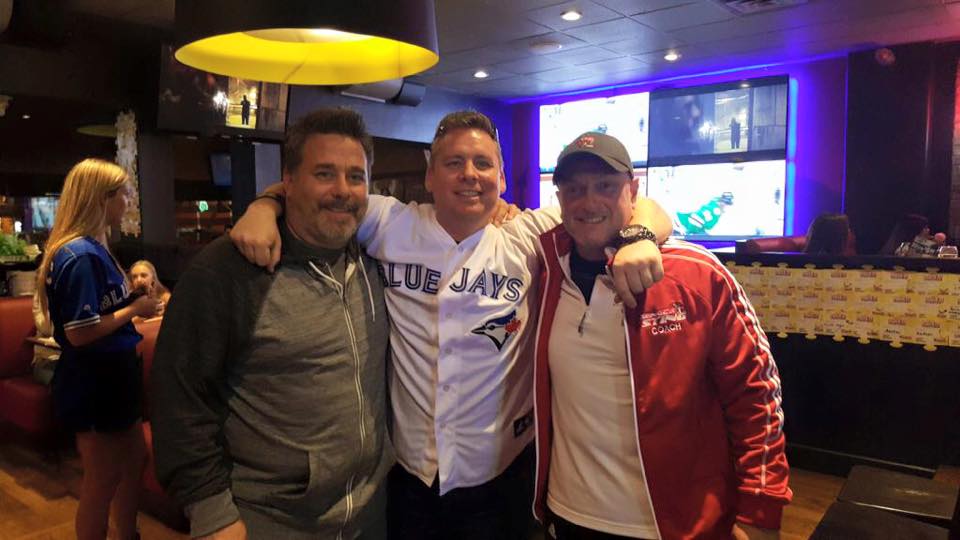 Shelly felt compelled to reach out to Jay. He later told her that he had been leaving similar notes of cars for the past few years. But he hadn’t come up with the idea himself. A friend who ran a bar downtown was doing the exact same thing.

“I just thought operating a restaurant in a rural type area like Sherwood Park where transit is minimal and a lot of people drive, I just thought it was the perfect match,” he shared. But there were some online users who thought he had some ulterior motives. 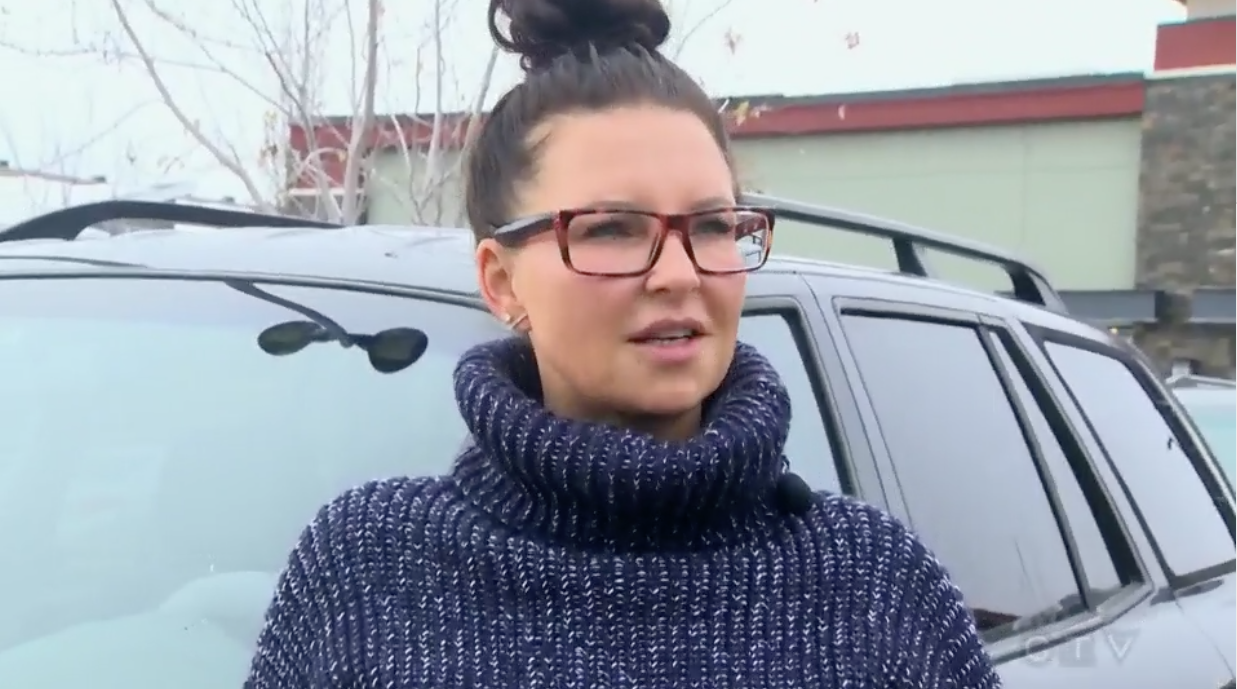 The majority of online users reacted positively to Shelly’s post. However, there was a handful who made sure to express their negative notions. They believed that Jay’s actions were not completely selfless.

They shared the possibility of Jay only doing this for the free advertisement. Shelly was horrified. She had sat down with Jay and they had both laid all their cards on the table. She couldn’t stand back and watch them tarnish his reputation. 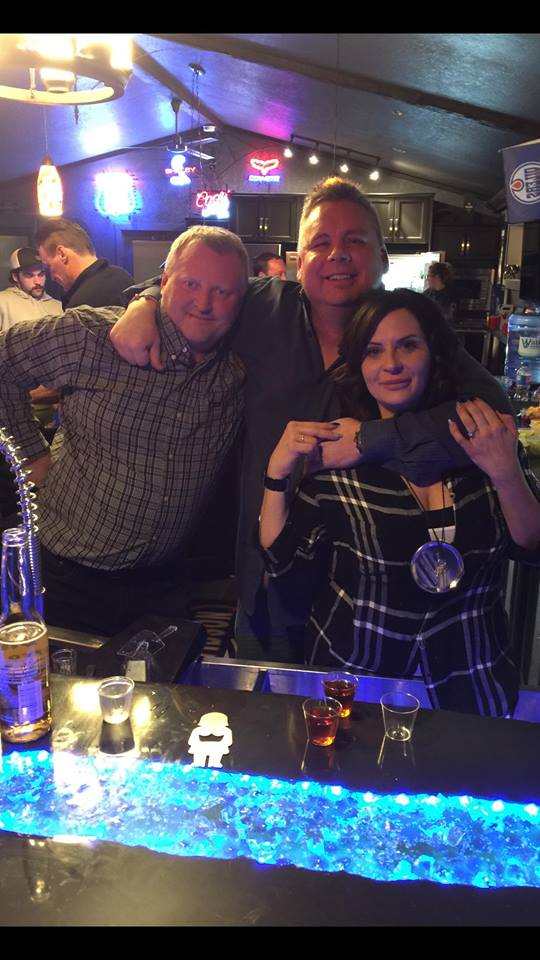 “Jay is a great guy, truly only doing what he feels is right. I can’t believe that some people actually are accusing him of taking advantage of the situation. He’s been doing it for over a year, with no expectations. Just being a good guy,” Shelly commented beneath her post.

Whatever his intentions, his positive encouragement was refreshing. And although most establishments discourage drunk driving, few are brave enough to respond to their customer’s actions.

Mothers Against Drunk Driving estimate one death every 51 seconds. These accidents are caused solely by impaired drivers. Shockingly, the act is currently one of the top causes of death in the United States. Police officers dedicate their lives to enforcing sobriety on the road. But those who try to voluntarily raise awareness should be applauded.

Jay spoke of how valuable life is to Shelly. And although she had her own struggles, the note gave her a sense of pride, reminding her that one decision can have a massive impact. Would her streak of good luck continue?