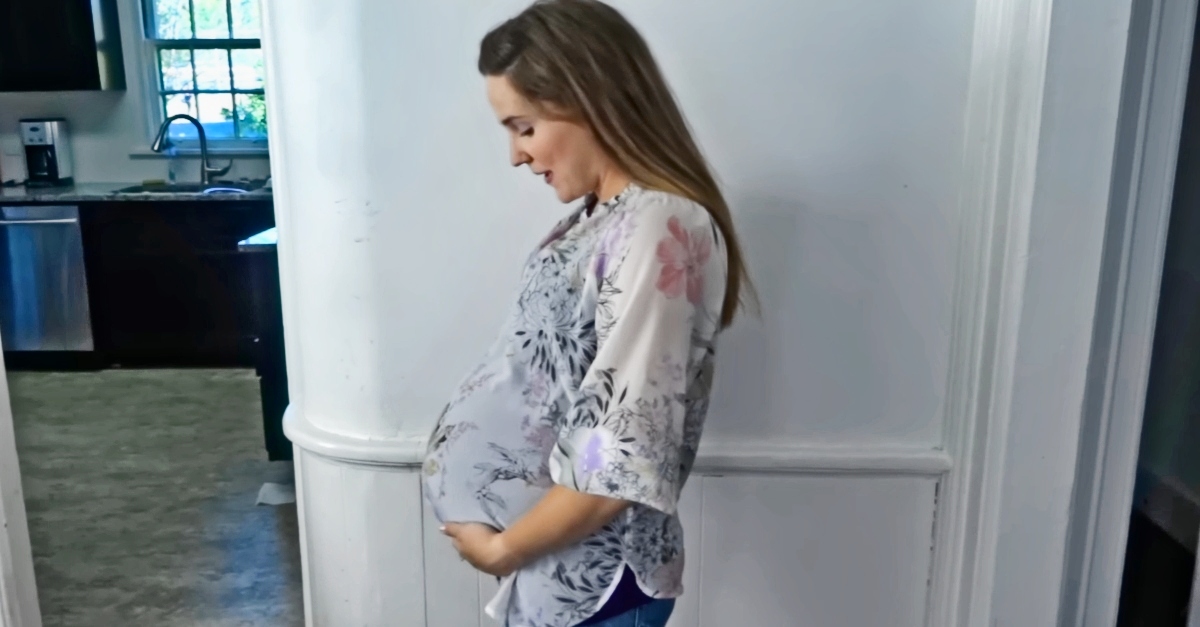 Jessica Stavena was born in 1987 through artificial insemination at a clinic in California. Years later, she unraveled a secret behind her conception that would shake her entire family to the core.

While she knew she was a donor baby, what she discovered about her donor dad when taking a commercial DNA test changed her life forever.

Jessica is now a young mother of three and lives in Houston. She runs a successful medical spa at a Houston plastic surgery practice and has a fulfilling life. When she tried a consumer DNA test as a way to discover the origins of a troubling gastrointestinal issue, she discovered something grim.

When she got her online test results back after a few months, she was confused. Jessica was matched with several unexpected half-siblings from the company’s DNA database.

In 1984, Jessica’s mother, Pauline Chambless, went to Dr. Kim McMorries in Nacogdoches for medical help after she had tried for more than a decade to have a child.

Being a mother was her dream, and after trying several other clinics, she found Dr. McMorries, who promised her that she would have a child if she followed his instructions and treatment.

Jessica’s mother agreed to a medical procedure called artificial insemination, hoping that this treatment would finally bless her with a child.

Being a mother was all that she wished for. After struggling for so many years, she was willing to try anything at that point. She really wanted a child more than anything.

After multiple attempts with various donors from a California sperm bank, Dr. McMorries located a local sperm donor he described as a tall, red-haired, music-loving medical resident at a nearby hospital.

Dr. McMorries administered artificial insemination, and Pauline’s daughter, Jessica, was born in March 1987. It was the happiest day of her life, and she had no idea how much will this impact her daughter’s life decades later.

Pauline Chambless lived a happy life with her husband and raised her daughter Jessica the best she could. She was the apple of her eye, and the mother has always been thankful for the miracle child in her life.

She had no idea that decades later, her daughter would unravel a secret that would shake the entire family to the core.

When questioned about the events, Dr. McMorries explained that he himself became a sperm donor when a medical student at the University of Texas in 1970.

Dr. McMorries said he never told Jessica’s mother or other patients the truth because protocols were to keep all donors anonymous. He also warned her to expect to discover more half-siblings from his artificial insemination donor program. This was unacceptable news to the distraught woman.

Besides the life-changing news, she also had to go through another difficult challenge. She had to tell her mother the truth.

Upon hearing the news, Jessica’s mother was brought to tears. The way she was deceived by the doctor felt beyond unfair. She was angry, and she wasn’t about to stand for it without doing anything.

Decades later, when Jessica discovered that she shared dozens of half-siblings, she also found out who the actual donor of half her genes was. It was the same doctor that administered the insemination.

Dr. McMorries used his own cells to inseminate Jessica’s mother. He was her actual father and not some red-haired medical student. This was the surprise of her lifetime and she became furious at the doctor’s misguided ethics.

Soon after finding out who her real father was, the woman received a distressing email from a complete stranger born in the same area as her.

A young woman named Eve Wiley reached out to her and asked a heart-wrenching question:
“Did your mother go to Dr. McMorries for her fertility treatment by any chance?”

“I Have a Sister”

Eve Wiley’s mother was also inseminated by the same doctor years ago. In the email she sent Jessica, she told her that she was her half-sister.

Their mothers both lived in the same area and were victims of their doctor’s misguided decision decades ago. Jessica was both surprised and thrilled about finding out she had a sister. Her life was never the same from that point on.

In 1986, Eve’s parents also visited Dr. McMorries for the same reason as Jessica’s mother, and yes, the results were the same. Eve Wiley and her mother believed her biological father to be “Donor 106” for years.

He belonged to the same California sperm bank Jessica’s mother received her donation. She even got to know this donor. They bonded over the father-daughter relationship, only to find out later that he wasn’t really her dad.

In March 2020, Jessica and her mother decided to file a complaint against Dr. McMorries with the Texas Medical Board. She had pleaded with the board to discipline the doctor for lying to and impregnating patients.

To Jessica, what the doctor did was a horrific act. He took advantage of her mother’s trust during one of her most vulnerable moments.

Both Jessica and Eve filed complaints and supplied detailed medical records to the same Texas Medical Board. They were committed to their fight and wanted to see the deceiving doctor go down.

The sisters went even further and decided to make sure no woman would have to go through the same thing again.

Eve and Jessica inspired the passage of one of the nation’s toughest laws against a practice that is now called “fertility fraud.” In an emotional testimony to Texas senators, Eve described how she learned of McMorries’ deception and how devastated she was about the news.

After hearing the touching story, Texas legislators made it a severe felony for any Texas doctor to secretly impregnate patients using his own cells.