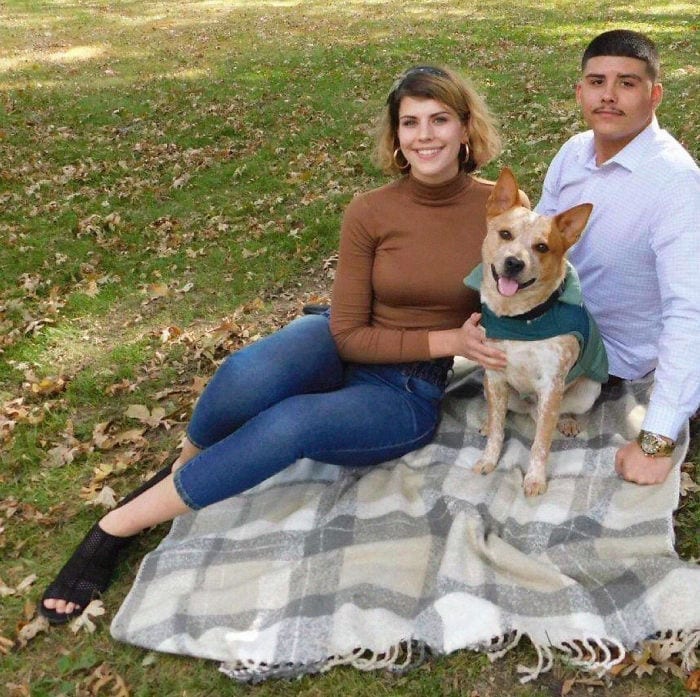 We all have them. Those pictures where we are at a party or on vacation, smiling, happy. However, there in the photo is a black cloud. Your ex. Maybe they’re just standing there, maybe they have their arm around you and you wish they could be erased. Well, a woman on Twitter has the answer!

A woman on Twitter has begun to offer her services to help make out photo memories perfect again. For the low price of $10, she offers to edit your ex out of the photos you send her. According to her, she edits them on her phone.

Naturally, she received many interested clients contacting her and sending her photos to “improve”. Once she’s finished with the photo, it looks as if the person is happily posing by themselves without a care in the world. 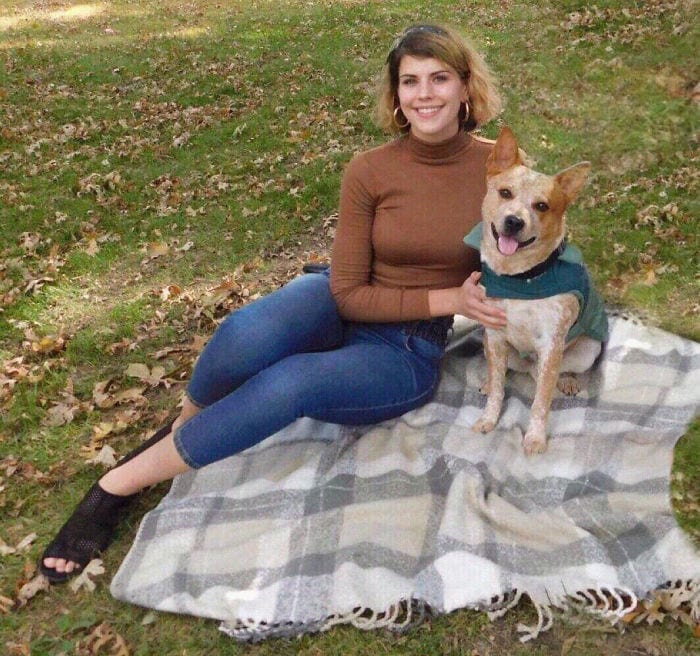 Those who have asked her for help have been delighted by the end results of her work. Numerous people have been singing her praises and thanking her for her great work. But these aren’t the only comments she’s been getting. 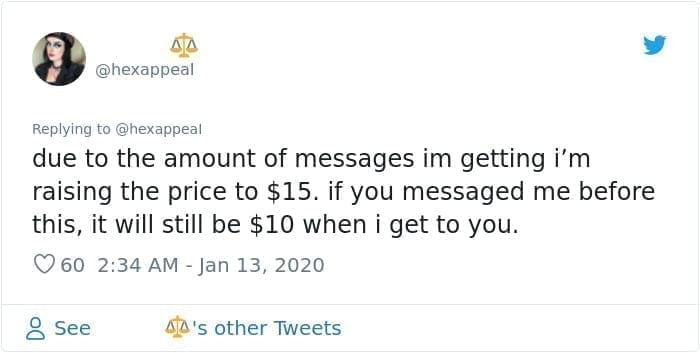 Many people have taken note of her business idea. Some have offered to the same job but for a lower fee while others have suggested using other apps or even a PC to edit the photos. This hasn’t stopped her from being swamped by work. So much so, in fact, that she’s had to raise her price to $15.

To explain what she does it so simply use a clone stamp tool. This tool lets you grab a piece of the background and repeat it over and over. Depending on how much you grab, or have to grab for that matter, the more believable your final product looks. 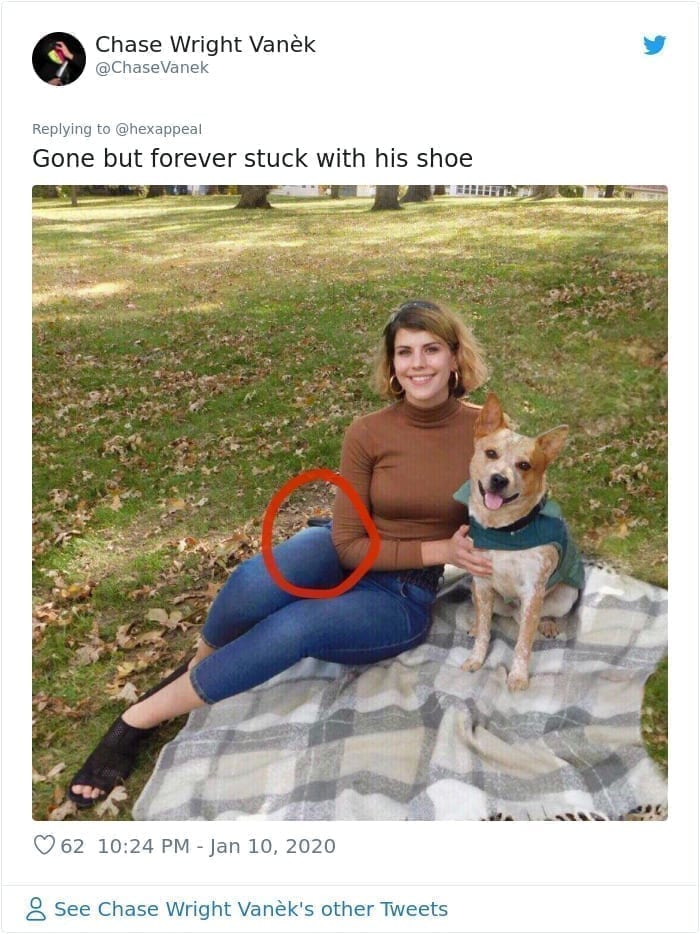 Someone who looks carefully might be able to see something is a little bit off, but they’ll probably compliment you for your initiative. While science still hasn’t given us a way to modify memories in our head, at least we can start on the photos.

While most people were singing her praises, some people were quick to point out minor flaws. Even though she had several detractors, the keen-eyed businesswoman hasn’t given up. She has been making many people’s memories just that much better. 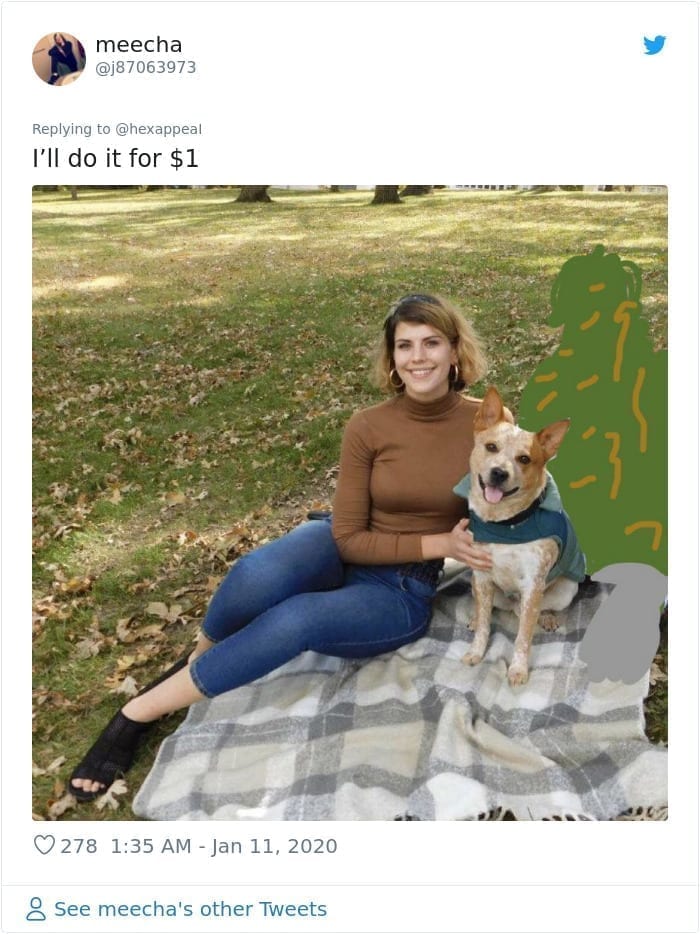 Some of her detractors are simply poking fun by doing “low-budget” edits of the photos as a joke. Her work has gone viral which has led to her needing to increase her price just to keep up with the high demand for photo editing. 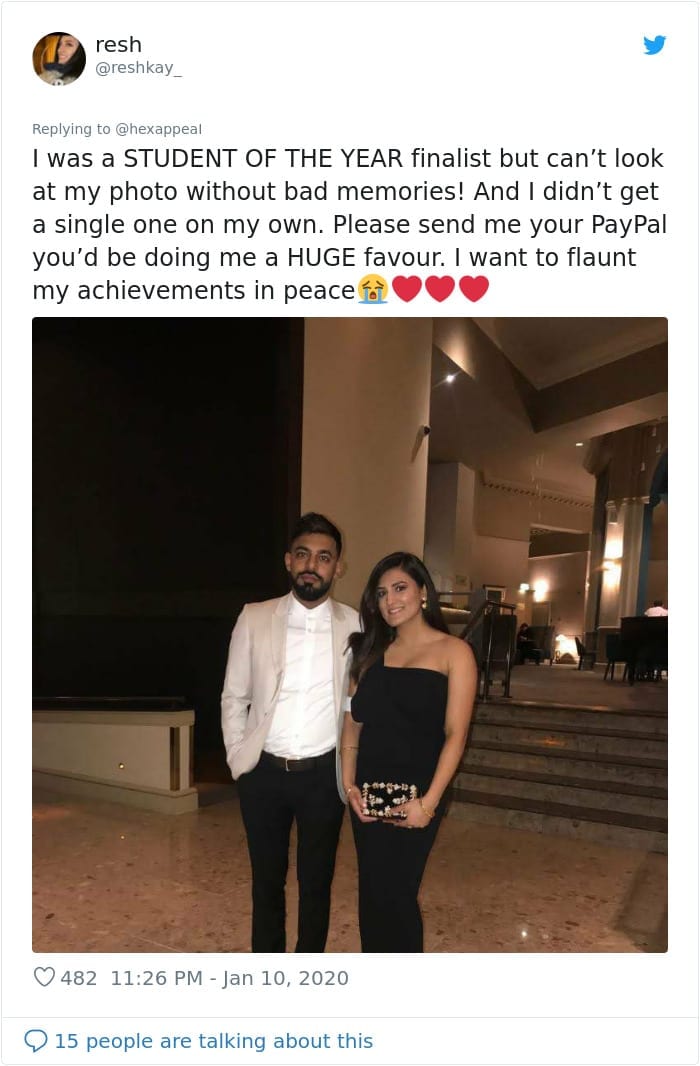 Some people have even taken up the job themselves, offering to do the job more cheaply or even for free. A perfect example is this ambitious student who posted photos that she wishes weren’t marred by the presence of another. 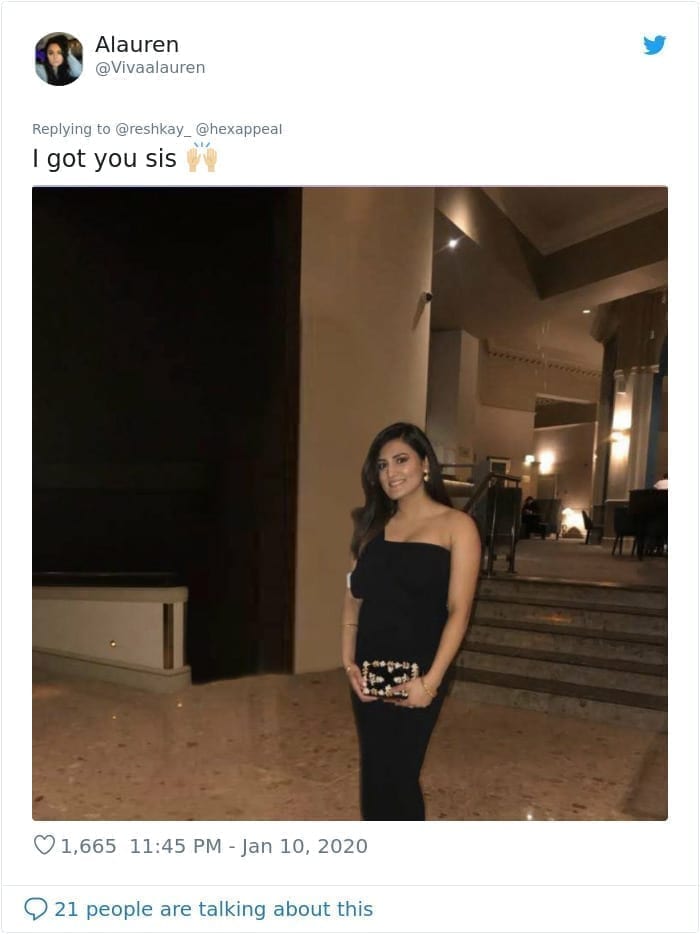 As you can see, another twitter user has jumped in and come to her rescue. The student’s boyfriend has been successfully removed by the other user who responded to her saying “I got you sis!” 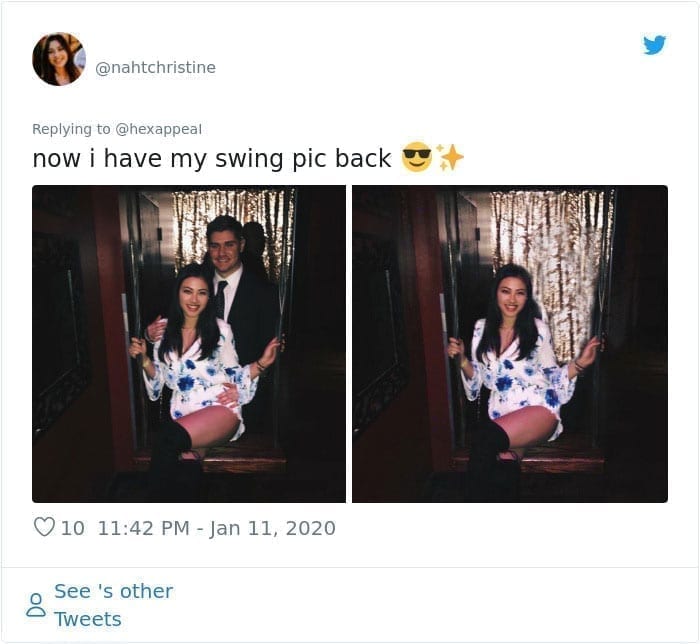 For the most part, her customers are all very happy with her work, complimenting her on the quality of her work. This girl for example is happy that despite everything else, she finally has her swing back. 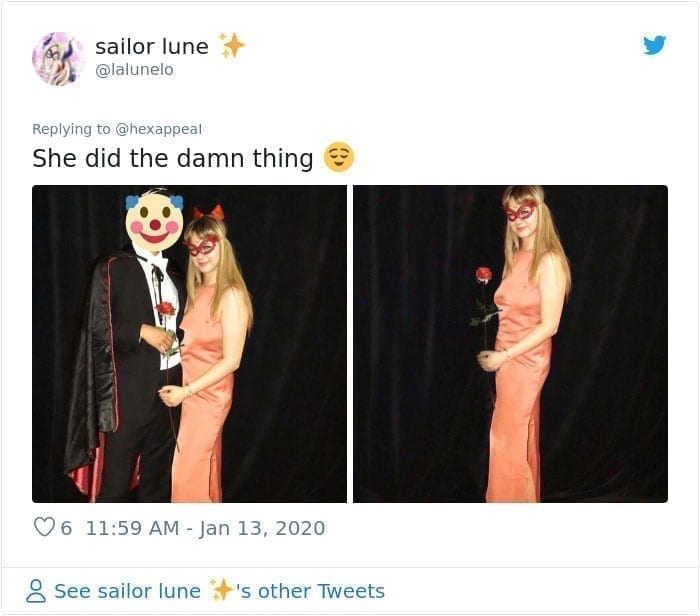 This girl went to the dance with her partner before things obviously went south. So she asked for the picture to be edited and now the Phantom in the picture is simply a phantom of memory. Or, at the very least, he’s turned invisible. 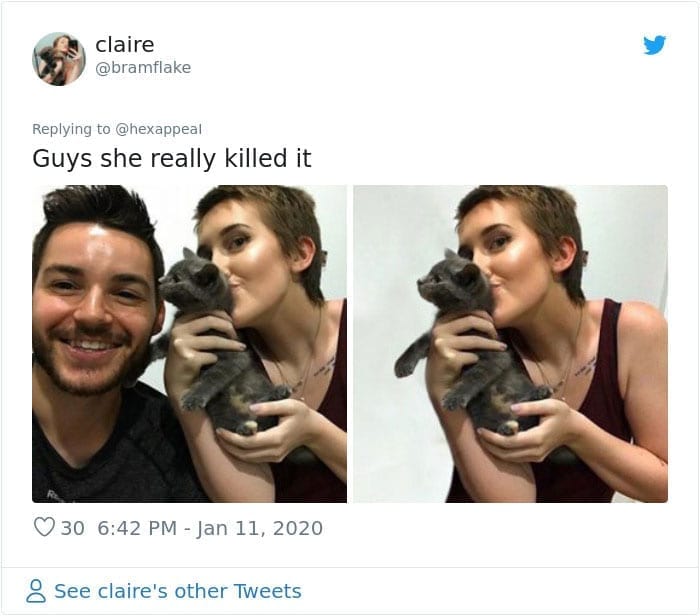 While no one wants to become a so-called “cat lady” but this woman felt that it was the better option. The cat also seems much happier in the photo too. Sometimes animals just make for better company than people. 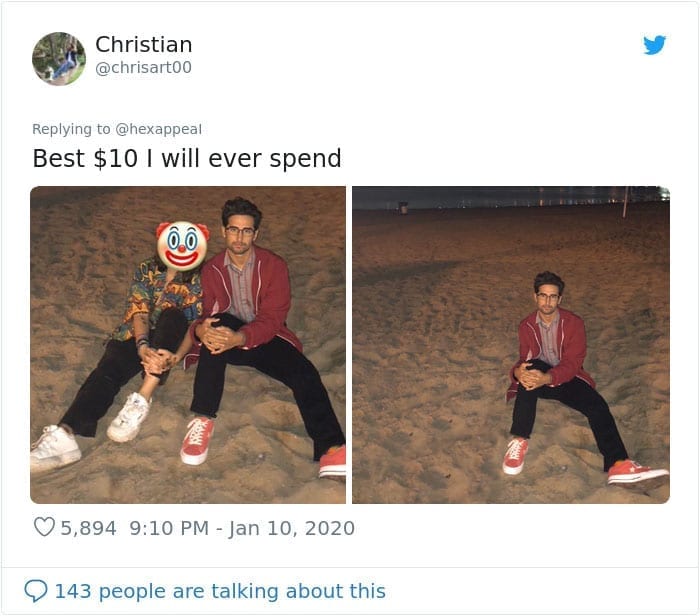 While this moment, at the time, probably seemed like a memory for the ages, this guy decided he would rather go to the beach alone and clearly didn’t mind spending the $10 to make the trip alone.