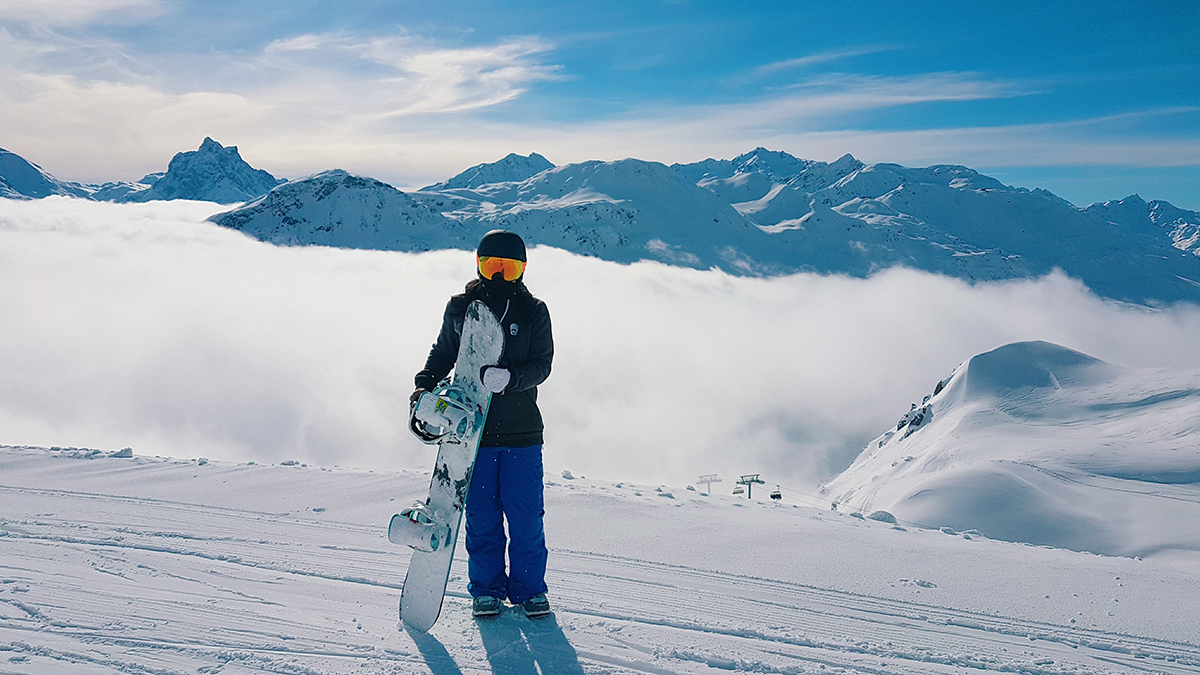 The 2018 Winter Olympic Games will be taking place in Pyeongchang, South Korea, on February 9. During those next couple of weeks to follow, the world will see the best athletes in snow and ice sports including figure skating, skiing, snowboarding, hockey and, yes, that enthralling game — curling. With about 240 athletes heading to this year’s Olympic Games, the U.S. will likely be one of the largest teams to march in Pyeongchang Olympic Stadium during opening ceremonies. As we watch the sea of Ralph Lauren-suited athletes wave to the crowds who came to see them compete, it may be a little difficult to point out the superstars who will likely come home with one (or two) gold, silver or bronze medals around their necks.

Whether or not you’re very knowledgeable about winter sports and the individuals who play them, there a number of athletes who predicted to not only dominate in their sport but also will come home ready to flash their pearly whites for the cover of a Wheaties box. Yes, everyone who participates in the Olympic Games is already a master in his or her field, but there are a few that will be making their mark in South Korea or showing everyone that they’ve still got the power to win the game. Find out more about these winter Olympic athletes below.

If there’s one athlete that many American viewers will instantly know, it’s Lindsey Vonn. After three trips to the Olympics, Vonn is one of the U.S. team’s veterans. During the 2010 Olympics, she won the bronze in the Super-G and a gold medal in the downhill competitions. While she’s a strong competitor and hardly one to quit, Vonn did have to walk away from competing at the 2014 Games in Sochi because she re-injured her right knee. However, despite the many injuries she’s experienced throughout her career, the 33-year-old continues to persevere in order to beat Swedish skier Ingemar Stenmark’s 86 World Cup wins. She currently has 79 wins under her belt. But even though that is one of her Vonn’s long-term goals, she’s currently focused on picking up gold in Pyeongchang in the super-G as well as winning medals in the other alpine skiing competitions.

YEEEEESSSSS!!!! Win #79!!!!!! So happy to get this win and also to share it with a @lindseyvonnfoundation ambassador @jankylilj!!! So proud of you girl, and the whole team! We are on a roll! #lookoutworld

She may be a veteran on the United States Winter Olympic team, but that doesn’t mean that she’s not one to watch out for. Between her drive to medal in every race she has and her goal to be the best alpine skier in the world, you should not miss out on Vonn in action.

For the first time since 1994, anyone actively playing in the NHL cannot be a part of the U.S. men’s Olympic hockey team next month. And while we’re sure the 2018 roster for that team will still be stellar, that shifts the spotlight a little bit more towards the U.S. women’s team. Although they did win the gold medal in 1998, the team has lost to Canada in 2002, 2010 and 2014. In 2006, they picked up the bronze after their upsetting loss to Sweden. So this year, they are ready to take on their rivals in Pyeongchang. Since 10 of the players are returning Olympians and also have years of experience in international play, the women’s ice hockey team have a strong chance to reclaim their place at the top in South Korea.

Getting your friends together for #TheTimeIsNow Tour like… 👆🏼 #FriYAY

Despite winning the silver medal in freestyle skiing at Sochi in 2014, Gus Kenworthy is another athlete who has his eyes set on a gold medal in this year’s Winter Olympic Games. And yes, you can’t help but amazed by the Colorado 26-year-old’s crazy tricks on the course. However, being in the Games this year has another meaning for Kenworthy. He’s also one of the first openly gay men to compete. The other is skater Adam Rippon, who qualified for the U.S. figure skating team in early January. In 2015, Kenworthy came out during an interview with ESPN Magazine, following his silver medal win in the 2014 Winter Olympic Games. And now he’s not only wanting to represent America at the Winter Games, but he also has become a spokesperson for the LGBTQ community.

You may have already spotted this on TV but I am SO excited to finally be able to share my Head & Shoulders commercial with y’all! Holding up those rainbow colors on national TV makes me feel PROUD! ❤️💛💚💙💜 #ShouldersOfGreatness

While Kenworthy’s sexual orientation has been making many headlines, especially as we get closer to the Games, that doesn’t change how much talent the skier has. And we can’t wait to watch him do his thing in Pyeongchang.

If you don’t know who Nathan Chen is, the 2018 Winter Olympic Games will make him unforgettable. At only 18 years old, the Salt Lake City native is the only competitive figure skater who can do five different quadruple jumps — the toe loop, Salchow, loop, flip and Lutz. And not only can he spin the air four times before hitting landing on ice, Chen also does it with an effortless ease that leaves you bewildered. He’s been skating since he was three and had his eyes set on heading to the Olympics one day. And as figure skaters have been pushing the envelope with different and very complex jumps and flips, Chen will definitely be making his mark as an athlete and an artist. And if you’re still debating whether or not to catch the figure skating competitions, we’re sure you’ll highly consider it after watching the video above.

The feeling skating gives me is something I’ve never found in anything else. Can’t wait to experience the Olympic Winter Games as a member of #TeamUSA next month! #TeamUnited

In 2014, Chloe Kim scored a near perfect score (94.33) in her third run in the Women’s Snowboard SuperPipe final at the X Games and grabbed the silver at that competition. But since she was only 13 years old, she couldn’t actually head to Russia for the 2014 Winter Olympic Games. However that didn’t stop the now 17-year-old snowboarder from getting into this year’s Olympics. She got a perfect score at the 2016 U.S. Snowboarding Grand Prix after being the first woman to do back-to-back 1080s (four full revolutions in the air before landing on the halfpipe), and pretty much made her one of the major contenders for the upcoming Olympics. And when she took the top spot at the 2017 Breckenridge Dew Tour, it seems the gold medal in the women’s halfpipe is Chloe’s for the taking.

Well that was insane! Always a pleasure to be at @xgames with my favs! Also @arielletgold that run was so badass, stoked for ya! Now off to Japan for a little before heading to Korea!

Which winter Olympic athletes are your favorite? Comment below!