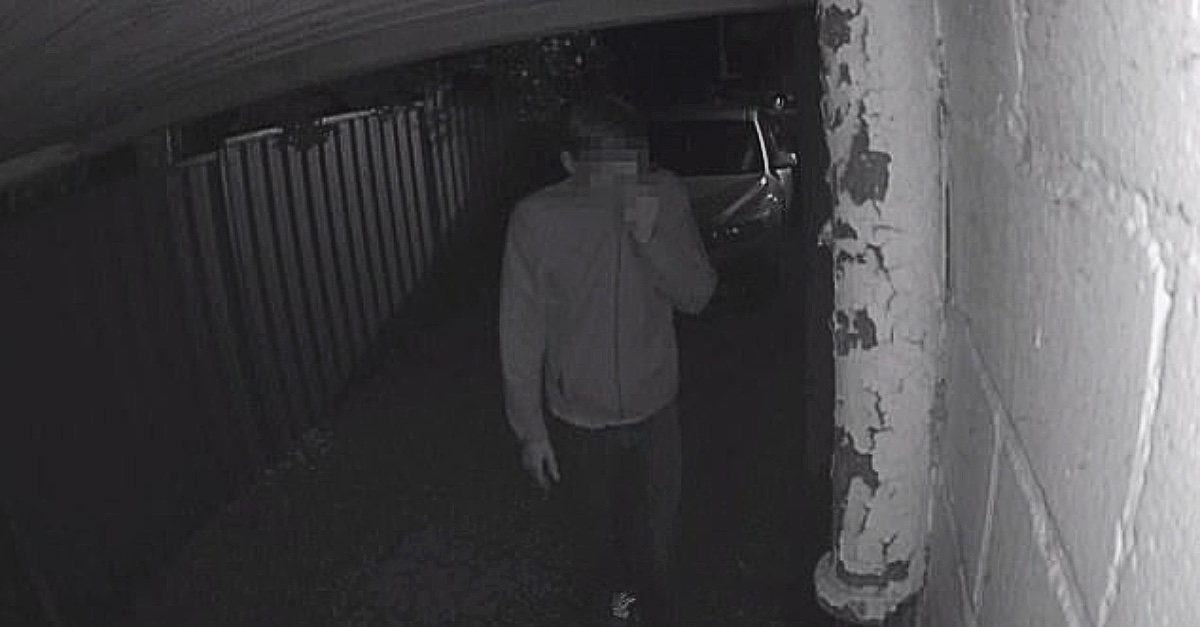 She wished that it was only a dream, trying to convince herself that it was. She couldn’t help the tears that came as she took it in. She loved him, and yet he was being held by someone else.

He was the man of her dreams, and she felt heartbroken that he had even thought of doing something like that. She began to realize the man she had known for over a decade had just been putting up a front, and her sadness turned to rage. She was going to get to the bottom of this.

Cheryl Conner was a 40-year-old woman who had accomplished many things. Having a successful career as a university professor, a loving husband, and two lovely stepdaughters, she lived the life she had always wanted.

That didn’t mean she hadn’t been challenged throughout her life. She had her fair share considering she had financial struggles and faced infertility. She had to fight long and hard for the life she had now, to have them how she wanted. But it wouldn’t be long before she realized that it wasn’t all it was made out to be.

Cheryl had been married to Greg for over 13 years, and they were happy together. She felt complete having the love of her life share his two daughters with her. As delighted as she was, she knew she couldn’t have everything.

Greg worked a lot to try and support his family, which meant he was often away. When Greg was recently called away from home, he missed many holidays, and the situation worsened. Christmas rolled around, and Cheryl and the girls received no gifts or phone calls but got a simple Merry Christmas text instead. It wouldn’t be long until Cheryl found out why this was.

Cheryl believed her husband to be the perfect family man who sacrificed everything for them. She knew he was doing everything possible to give them the life they had, so she didn’t complain about him never being home.

One night, Greg told her he needed to do training in North Carolina, and she was filled with a sense of gratitude for having such a hardworking husband. She smiled at him and helped him pack his bags. The following day, he kissed her goodbye and left. Little did she know, a simple text message would change everything.

While Cheryle readied the children for bed, she noticed her phone light up. It was her husband messaging her about a lovely church he’d found in North Carolina and, knowing she would appreciate it, told her about the singers at the church.

She was overjoyed at her husband’s thought and decided to look up the artist. Cheryl and Greg had lived in North Carolina before they moved, so they knew the area well. Cheryl was confused to find that Greg was instead attending an event in Knoxville, Tennessee. Her confusion turned into anger. Why had he lied to her?

Spotted In The Footage

Cheryl found footage of a church service and watched it a few times. She was shocked to find her husband was in the footage wearing the sweater she had given him for his birthday. But that wasn’t all – he was with another woman, holding her hand.

Cheryl felt her entire world crumbling beneath her. This was only the beginning which had already sent her into a deep depression. If she had paid closer attention, she would have seen the signs, but it wouldn’t be long before she realized this.

Cheryl had spent over a decade loving and supporting Greg and couldn’t believe that he had done this to her. She wished it was a dream, but no matter how hard she wished, she knew she had to confront him eventually.

She decided to hold off on the confrontation for the time being to investigate the situation herself. She would find something that made her whole body shudder.

Greg had claimed that he was better at financial management, so Cheryl had no protest when he took charge of the household finances. But she now knew that the documents and bills held the proof she needed.

She was shocked to find multiple credit cards under her name that her husband had opened without her knowing. She found receipts for dinners, concerts, and shopping tips, but something that made her feel a lot worse. A Christmas card was addressed to her husband, thanking him for spending the holidays with another woman and her family.

Cheryl recalled how frustrated her husband had sounded at not being able to spend time with his family during the holidays. He assured them that working out of state meant they were on their way to being more than financially stable.

He had made her believe he was the perfect husband, but she questioned everything when she found a receipt for a children’s gift neither of their daughters had. It had been a gift for the other woman’s family, and there was more to what Cheryl would find.

She decided she needed more answers and switched on all his old phones and computers. It had been two years after their marriage when he started being unfaithful. She had found more receipts and messages from other women to prove it.

These strangers knew about her fertility problems, thanks to her husband. Cheryl felt her heart tear in two upon realizing these women knew about her and she suddenly felt overwhelmed with the information. She wanted to believe her husband was a good man but knew she needed to confirm everything. She had to see for herself if he was betraying her.

The Proof Is In The Pudding

Following her husband was not difficult at all. He usually prefers to take her car for work trips, so she rented a car for herself and made her way to Knoxville. She didn’t know what she would find, but she prepared for the worst.

Thankfully, her car’s GPS tracking system allowed her to keep track of her husband at all times. She followed him to a dog park, where he spent time with another woman. She felt her chest tighten as tears streamed down her face. It was time to face the music.

Cheryl knew it was time to expose her husband for the man he truly was. She contacted her family and shared the heartbreaking news with them. She also informed her husband’s parents of everything that happened.

Once the news got out, she packed her bags and left their home. Her husband had to find out through his own family that she was leaving him, and he was stunned. He protested and begged her to stay, told her that none of it was true and that he was simply doing his best to take care of them. And for a brief second, Cheryl almost believed him.

To say goodbye to the man she had loved for all those years wasn’t an easy task. They had built a life together. Cheryl wanted to take him back and forget about the whole ordeal. However, her husband did something so terrible there was no going back.

Cheryl learned that one of the women her husband was with had a child a few weeks after their separation. Cheryl’s husband was still on her health insurance, and the final details needed to be hashed out. He made the mistake of registering the child on Cheryl’s insurance, and once she saw his name, her heart dropped to her stomach.

When Greg and Cheryl first got married, the pair actively tried to have a baby. Cheryl was so excited about having a baby that she compiled a list of names for their future child. However, after years of trying, Cheryl accepted the fact that she could not have a child of her own.

She had to look at the name registered on her health insurance just to ensure she was seeing it right. She couldn’t believe it! Her husband named the child one of Cheryl’s names for their child. It broke her heart, and she knew she had made the right decision.

It took Cheryl months to heal from all the pain Greg caused her. She still struggles with trusting new people, but she met a wonderful man who is kind and patient with her. He taught her the true meaning of love, and she could not be happier.