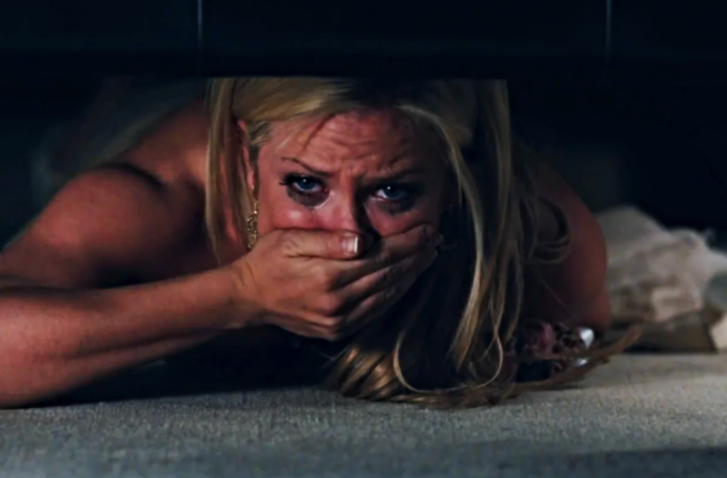 Having doubts at some point in a relationship is sadly fairly common. Many people think that once you get married that this goes away but that’s not the case. A woman who had fallen [rey to such doubts decided to see whether they were valid or not. However, how she went about it would leave her shaken, confused, and terrified.

Couples share a very special bond with each other but this isn’t always enough for everyone. The woman in question felt that it was necessary to put her husband’s love to the test. She decided to pull a prank on her husband but never imagined how badly it would backfire on her.

The couple had been married for several years but the woman had started to feel that her husband was withdrawing and pulling away from her. As such, she was afraid that he no longer loved her. She thought about what she could do and eventually, she came up with a plan. She decided to pull a prank on him which would force him to show his true feelings. However, nothing prepared her for his reaction.

She had become worried about how distant her husband seemed and how much time he’d spend alone. The reason for him pulling away from her was a mystery and that worried her. She considered that it was due to an affair or an addiction perhaps but she had no way of knowing. She knew she had to find out what was going on.

Her plan involved writing a letter to her husband detailing all her concerns and worries in the hope of figuring out the cause of the problem and hopefully a way to fix it. She loved her husband dearly which is why her husband’s behavior bothered her so much. However, she needed to know if he felt the same or if there was a problem.

In her letter, she outlined all her concerns and laid out her feelings as honestly as she could. However, in order for her to get him to react in such a way as to show his true feelings, she ended the letter by saying she wants to get a divorce. His immediate reaction would give her the answers she sought. The plan was foolproof, at least, she thought it was.

She knew that the only way to really gauge his reaction would be to witness his initial reaction to the letter. She decided that the best way to do this was to hide under the bed and leave the note on top of the bed. That way she would be able to tell how he reacted. She felt a little bit guilty for doing this but she needed to know.

In her mind, her husband would discover the letter, read it, and then react in one of two ways. Either he would start to cry at the thought of losing her or he would be relieved. If he was cried she would come out and comfort him but if he was relieved she would know that it was over. However, she never considered that there might be another reaction.

In her note, she told her husband that to her it seemed that there was no more love in the marriage and that the marriage was over. As cruel as it was, it was the most effective way to discover the truth. Knowing he would be home soon, she placed the letter on the bed and crawled in under it. Her heart was racing as she waited. Finally, she heard him arrive, unaware that she would soon regret what she did.

She lay under the bed, waiting for him to arrive, wondering if she was doing the right thing or not. She started to doubt that this was the best way to resolve this and find out if he truly loved her. However, it wouldn’t be long before she found her answer.

Prepared For The Worst

As she waited for her husband to return home, she grew more and more fearful. She soon enough heard him enter the home and walk up the stairs to the bedroom. He knew that his wife would be home, but he would not expect to see that note in her place. Find out next how his wife reacted when he entered the room…

She Needed To Know The Truth

When her husband finally got to the bedroom, she heard him pause to read her note. She knew it was him from the feet she could see walking around the room. While he was reading, she was frozen with fear. This could be the moment that breaks her marriage and she couldn’t bear to wait for his reaction any longer. Below, you’ll find out the devastating reaction.

She Couldn’t Believe Her Ears

After her husband finished reading the note, he started to laugh! His wife then heard him take out his phone and call a friend. During his call, he said “My marriage is finally over! I’ll see you in a minute.” After his call, he walked out of the room more quickly than he had entered. His wife couldn’t believe what she had just heard, but she had no idea what would happen next.

His Words Cut Her To The Core

The phone call that her husband made really stunned the woman. Not only was her husband happy to end their marriage, but he had someone who he had confided in about it. Her mind started reeling thinking about who he could’ve been talking to. Was it a mistress or one of his buddies? The real answer might make you laugh when you read it below…

Her Plan Had Backfired

This turn of events left the woman in tears beneath the bed. She had hoped that her husband would read the note and cry or scream to prove that he really loved her as much as she loved him. Sadly, this didn’t seem to be the case. She would now have to pay the price for setting these events in motion, whatever they may be…

He Confessed His True Feelings

There was no doubt in her mind that the woman now had more to deal with than she did before she got under that bed. Not only was her husband happy to be freed from their relationship, but he might already be in another one! Her heart absolutely broke at the thought that her husband may be cheating on her, but was that really true?

She Was Ready For A Life Alone

After getting out from under the bed, the woman wasn’t sure what to do next. How could she rebuild her life after her marriage fell apart? But, something on the bed caught her eye. On the bed there was a note beside the one she had left. In the short moment her husband was in the room, he must have left a note for his wife to read. This note is where the story really gets interesting…

After this strange turn of events, the woman was absolutely heartbroken. In tears, she picked up the note her husband left her and tried to read it despite how terrible she felt. Her eyes read the words “Dear wife,” at the top of the page, but she couldn’t lead herself to read the rest of the page without crying.

He Left A Note of His Own

The note her husband left was short, and the woman already felt that she knew what the page would say. After all, he was so happy to hear that his marriage was over, what else would he need to say? Whatever it was that he had to tell her only took up a few sentences on the page, so it must have been to the point. But, what did the note say?

She Could Hardly Read The Words

After building up the courage to finally read the letter, what she saw was stunning! The letter read, “Dear wife, next time you try to trick me into proving my love, make sure your feet aren’t sticking out from underneath the bed.” Wow, could this woman ever live down the way her plan terribly backfired?

She Was Found Out!

Although she had planned her little prank for weeks, she didn’t remember to make sure she was totally under the bed before her husband walked into the room! This flaw proved that her husband was lighthearted enough to take a joke, which is a necessary factor in any relationship. Could this woman ever get over her embarrassment?

A Feeling Of Relief Overcame Her

Putting the pieces of the story together, this woman realized that her husband’s phone call was fake, his laughter wasn’t genuine and she hadn’t just completely ruined her marriage. That’ll teach her a valuable lesson in toying with other people’s emotions! But, did she really learn her lesson and could her husband forgive her?

Trust For Years To Come

Sometimes it doesn’t take an elaborate prank to find out if your partner loves you or not. All it takes to have an open and honest relationship is to be open and honest yourself, as this woman quickly found out after her scheme went awry. Luckily, this prank didn’t end their marriage, but did the couple stay together much longer?

Sometimes, all it takes to have a trusting relationship is to know that you don’t have to go to elaborate measures to find out how your partner really feels. This wife didn’t get the heartbroken reaction she wanted at all by pulling her sadistic prank, but it still made their relationship stronger and more long-lasting, nonetheless.