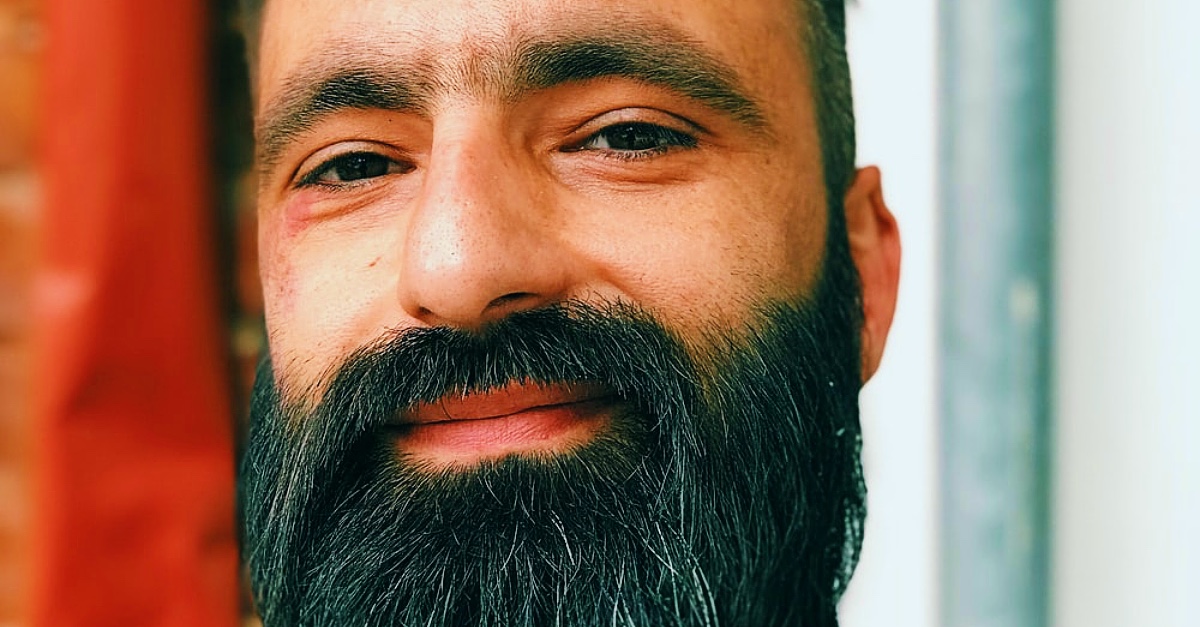 He had been fighting his wife on this for years. Now, the situation had finally reached boiling point.

What she was asking was for him to get rid of a part of himself… a huge part of his identity. Should he give in to make his wife happy? Whatever he chose, they couldn’t go on like this.

Connie and Travis Herman were happily married and had been for years. However, there was a constant source of turmoil for the couple that always seemed to get in the way of their relationship.

Lately, Connie felt like it wasn’t just Travis she was married to. Another dynamic had worked its way into their lives. The problem?

Travis’ business was going extremely well, and the couple had two beautiful children together. But Connie was growing increasingly upset because she felt like Travis wasn’t the same man she’d fallen in love with all those years ago.

Travis had seemed to lose interest in grooming himself over the years and it was driving a wedge between them. Another problem was that Travis wasn’t the only one who loved his huge, unruly beard.

A Part Of His Identity

People around town recognized Travis by his shaggy appearance. He owned a local brewery and his unkempt look seemed to go well with his job title – all his colleagues had long grizzly beards, too.

Over the years, Travis’ beard grew and grew. And, while his look seemed to become his theme, it was becoming his wife’s nuisance.

Although other people seemed to love Travis’ legendary beard, they weren’t the ones who had to share a bed with it at night.

Connie was growing more and more frustrated – the beard was like a third person intruding on their relationship, and she barely recognized the man she had married anymore. Eventually, she had had enough.

At Her Wits’ End

Connie had eventually eaten enough of Travis’ beard hairs to know that she was fed up.

She mustered the courage to tell him exactly how she felt about the third ‘person’ in their marriage. It was a simple enough request from his loving wife: she asked him if he would please chop it off. Years went by.

Time For A Compromise?

The thing about love is that both parties should be mature and comfortable enough to make requests or complain, but was what Connie was asking of Travis too much?

She felt comfortable enough in their relationship that she didn’t think it would hurt her husband’s feelings, and of course, she thought she would love him even if he decided to keep the beard. So then, why was it such a big issue?

Now, beard enthusiasts everywhere are probably cringing right now. Growing a long beard takes time, effort, and care… and not every man can grow one.

For Travis, his beard was a source of pride and a part of his identity. Most of all, it was his beard, his body, and his choice. Would he shave it off for the sake of his marriage, or would he put his foot down?

Travis couldn’t put off the decision anymore, he had a choice to make. After listening to Connie’s pleas for years, he had to either give in or refuse.

He knew that marriage should be about compromise from both partners – after all, Connie had sacrificed a lot to have their kids. Still… he didn’t know if he could go through with it.

After a lot of thought, one day Travis made his decision. He had a big plan brewing. If Connie wanted him to lose his beard, he’d give her even more than that.

Although what he was about to do was drastic, he needed to make a point. He pulled out his phone and called the professionals.

He was going to give Connie what she so desperately wanted, even though he could possibly lose himself in the process.

He got on the phone and contacted the Rachael Ray Show to see if they would give him a professional makeover. But, he explained, the whole thing had to be a surprise…

The makeover team on the show was happy to help Travis change his entire look. His stylist, Kyan Douglas, took one look at Travis and knew he had his work cut out for him. Travis hadn’t run a comb through his beard in years!

The hardest part, though, was sneaking into Travis’ house in the middle of the night while Connie was asleep.

They Had To Be Quiet

It was 4 AM when the camera crew and stylists arrived. They had to be sneaky and extremely quiet so they didn’t wake Connie up. Now, it was time to address the bane of Connie and Travis’ marriage.

They got to work with a clipper to remove the beard, and, piece by piece, Travis’ face was revealed.

The stylists decided that Travis needed to be clean-shaven and that he would have a fade haircut. Travis smiled as the clippers moved across the one side of his face.

He commented that one side of his face felt a lot heavier than the other and seemed to be enjoying the whole experience.

From grizzly brewmaster to suave gentleman, it wasn’t long before Travis had been completely transformed.

And, with a new wardrobe, he was finally ready to reveal himself to the world… and, most importantly, Connie. Finally, she came down the stairs to start making breakfast, but stopped right in her tracks. “Oh my gosh!” she exclaimed. Did she like it?