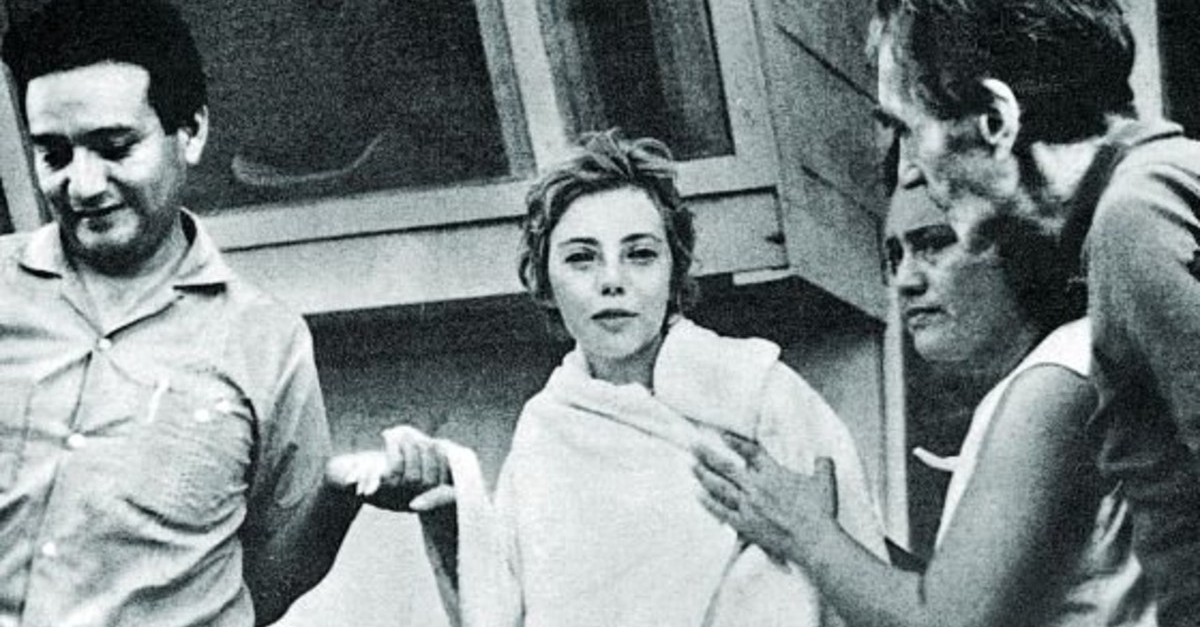 A Moment Of Panic

She was jolted awake and panic began to set in almost immediately. The sounds were all wrong. There was shouting and a loud howling as the wind whipped about outside. She had no idea of knowing how close she was to the end and could not believe who was responsible for it.

He stared at her now, glowering with eyes that made her feel even more nauseous. Fear was flooding her from every angle but something else kicked in too; a primal instinct. She was determined to survive no matter what it took.

Nicholas had to blink in quick succession to truly believe what he was seeing. He had been a naval man for a long time but never come across a sight like this before. He hurriedly called the Captain over. The Captain confirmed what he was seeing. A little girl, all alone and adrift at sea.

The crew managed to rescue her. She was given prompt medical assistance, which probably saved her life. It had been years and years since Nicholas had thought of that incredible day. The girl had disappeared from the public eye after that but now, she was back.

When the story of the little girl found adrift at sea first surfaced, every news station that covered it was left bitterly disappointed when the child refused to provide any public details about what had happened to her. It was almost 60 years later now and she was suddenly back.

When she thrust herself back into the spotlight, not many people understood the significance. However, for a few seasoned journalists who remembered the incident, it meant finally getting some answers. This was her story.

The little girl in question was named Terry Jo. She was the daughter of one, Arthur Duperrault, and came from a relatively well-to-do family. It was meant to be a family adventure for the family from Wisconsin. Not many people got to sail to the Bahamas.

Arthur was an old navy and still remembered the route from his service days. It was meant to be a bonding trip between him and Terry. Instead, it soon turned into a living nightmare.

The Dupperrault family fancied themselves a seafaring brood. Given the years of navy service and experience on boats and ships, the family loved the open ocean. As they set out, the entire family including Terry’s mom and her two brothers were all there.

To add to the excitement, the Harveys, family friends of the Dupperaults, were joining them. Trust was never an issue and the families went way back. However, tragic events would soon prove that the families weren’t as close as they thought.

They were close to a week in on the trip. So far, it had been going smoothly and the voyaging families were making good time. Arthur’s naval experience during his World War II service made him a confident Captain.

Even long before the trip had begun, Julian Harvey had been living a secret life. Much of everything he had done up to that point had all been part of a plethora of schemes and awful plans.

Even his marriage to Mary Dene Harvey had turned out to be a farce. Julian had been plotting and scheming for a long time. The trip now provided the perfect cover for him to put some of those plans into action.

The yacht had departed from the Florida Keys a week prior. Terry Jo had been fast asleep on board that night when she was awakened by the frightening sounds of shouting and a scuffle.

Leaving her cabin, the little girl bravely made her up to the deck. She was immediately gripped with fear by the awful scene she was confronted with.

Terry had stumbled upon her entire family laying motionless on the deck as Mr. Harvey stood over them. Noticing her, he chased her back into her cabin. Her little mind was initially too stunned to make sense of what she saw.

Now stuck in her cabin and alone, the little girl finally began to piece together the truth of what she had witnessed. It was only then that she became fully aware of how alone she was.

Terry Jo was alone in her cabin now. One can only imagine what a terrible wait it must have been for a child of that age, given what she had already had to witness.

The situation swiftly became more troublesome. Looking around her, Terry Jo heard a frightening sound. She looked around and realized that the cabin was filling with water.

She Went Back To The Deck

Frightened like she had never been before, Terry ran back to the deck, where she found Harvey again. He told her to hold a rope attached to a raft and then left.

But Terry could tell Harvey’s intentions: he was trying to distract her in order to search for a weapon to take her life. So she let go of the rope and ran away. She found a raft, got on it, and started sailing the waters all by herself.

Three days later, she was found by Nicolaos Spachidakis, second officer of the Greek freighter Captain Theo. Quickly, she was rescued and treated: she was badly dehydrated, starved, and sunburnt.

Shortly after, a rescue helicopter came for her, and she was taken to a Miami hospital. The police and the Coastal Guard came to visit her and asked her about her story. As it turned out later, Harvey had survived and was in America as well.

According to Harvey, everyone on the ship had drowned except him. Obviously, his story was false, as was proven by Terry’s version.

Harvey had taken the lives of everyone on the ship, except for Terry’s. Initially, he intended to take his wife’s life, pretend she had slipped and fallen into the sea, and get $20,000 for immunity insurance. But he had been caught in the act by Arthur; and from then on, he felt like he couldn’t leave any witnesses. But what did Harvey do when he was told that there was, in fact, a witness?

According to the officers who were with him, he just calmly said, “Oh, God. Isn’t that wonderful?” and he took his own life shortly after. He knew he had been caught and it was the end of his scheme.

As is to be expected, this event was absolutely traumatizing for Terry. She disappeared for decades; but recently, she had an interview with CBS News to give some more details about her story.

“I always believed I was saved for a reason, but it took me 50 years to gain the strength to be able to give other people hope with my story. If just one person goes on to heal from a life tragedy, my journey will have been worth it. I am a survivor trying to reach other survivors,” she said.

“It took me so long but I want people to understand that there is no timeline with healing. It is never too late!” Today, she’s an example that, no matter how deep, you can always overcome trauma.