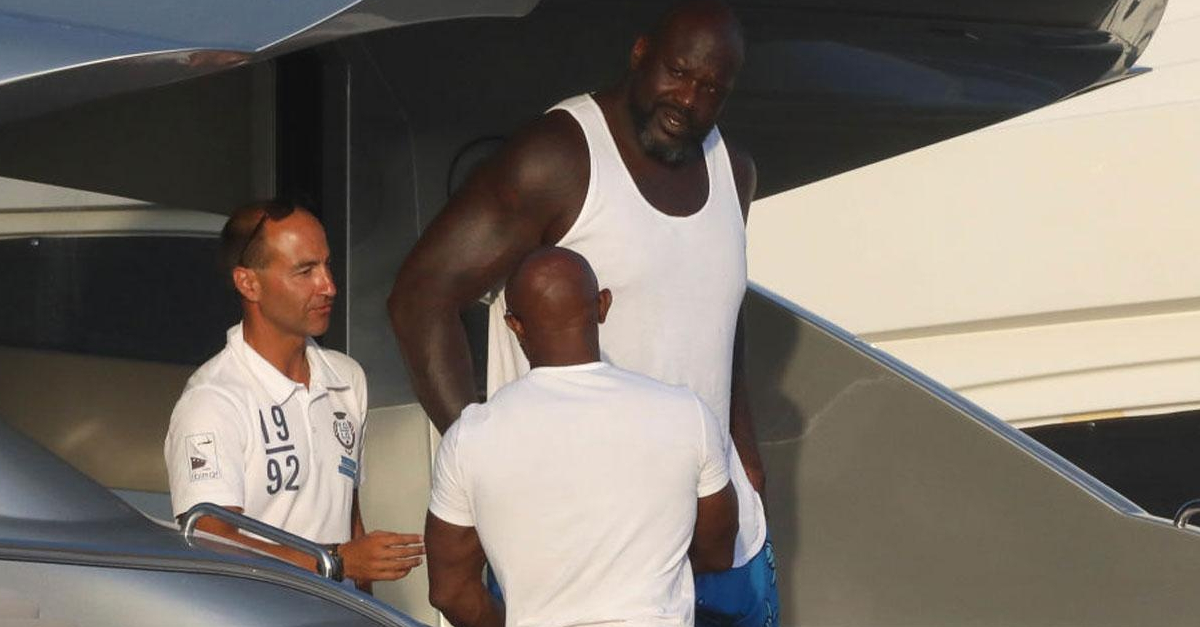 It’s no secret that professional sports stars make a lot of money. When you have that much money, huge spending sprees that would make any normal person’s jaw drop are inevitable.

In this list, we will be sharing some of the biggest sports stars, like Curry and O’Neal, most extravagant purchases.

His luxury homes are just what you’d expect them to be. Fancy furniture, impressive entertainment systems, and more than enough space to throw big parties.

Even though Woods started as a struggling sportsman, his extravagant spending sprees prove that he has more than made up for those years.

One of his most notorious expenditures was the purchase of a 40 million dollar mansion. He then demolished the mansion to build a new house. As you can see, he is not shy when it comes to spending money!

This football player spent a lot of money on what is known as his “super truck.”

The super truck cost nearly $100k. However, Johnson realized that the truck only got seven miles per gallon of gas and had no choice other than to sell it.

Soccer is the world’s most popular sport and one can only imagine how much money the best players make. Not only does Ronaldo make a lot of money from playing soccer, but he also utilizes his name with endorsements and investments.

Ronaldo is the owner of a beautiful villa in Italy and an $18.5 million loft in New York City. He also possesses an extensive car collection. This collection includes one of the world’s most expensive cars, a Bugatti Chiron.

This successful boxer made a recent comeback, so needless to say he makes a lot of money.

Tyson is the owner of three tigers, that made an appearance in the movie The Hangover, but these big cats aren’t even the craziest thing he’s spent his money on! He purchased a $2 million bathtub for his first wife. What kind of bathtub costs that much? It better be made out of diamonds for that price…

This basketball player is known for dating celebrities such as Madonna, his outlandish style, and his friendship with Kim Jong-Un

Many people are unaware, however, that his most treasured asset is his extensive collection of heavy metal records. It takes up two-thirds of his $8.7 million property. He’s also stated that he’d rather sell an organ than give up any of it.

This boxer is no stranger to owning expensive cars, most successful sports stars do. What makes Mayweather’s assets impressive is that it includes a private jet!

His private jet has beautiful leather seats, an entertainment system, and a large bed. Mayweather even has an on-call masseuse that joins him whenever he pleases.

This basketball player is more fond of watches than the average man. He loves watches so much that he is willing to spend millions on them. Pretty standard right?

Not only does Curry have a watch collection that is worth more than you could ever imagine, but he also has a mansion for his family and a separate condo for his wife. This condo has a huge dining room and bathtubs made out of marble. Not all of his money goes to material items as he enjoys spending it on various charities and his pursuits as a movie producer.

Shaq is not very well-known for his ability to be smart with his money. He went on a million-dollar shopping spree and his extravagance did not stop there.

He owns a yacht worth $13o million. The Shaqapulco can comfortably hold nearly 60 people, the yacht has a full bar, a piano, a chandelier, and two hot tubs. That is crazy!

The MVP NFL player carried his team to a Superbowl victory – so his high salary is no surprise. But coupled with his many product endorsements, he rakes in some serious cash.

He bought a $1.9 million mansion in 2019 that also had a huge amount of renovations after purchase. He has a room dedicated to showing off his 180-shoe collection – including every coveted pair of Addidas collectibles. Then some watches and cars could feed a small country.

Big sports stars seem to love their boats because Michael Jordan also has a superyacht, called Joy, that came in at a crippling $80 million.

It boasts a deck jacuzzi, gym, dining room, full basketball court, and has eight luxury cabins that are accessible by lift. Oh, and each one has its rain shower.

This golfer might have been able to wow people on the greens, but off of them, he often rubbed people the wrong way.

He also had a gambling problem that set him back between $50-60 million – with one visit to the 5k slot machines draining his bank account by $1.5 million. Not all major spenders make wise investments.

After retiring at a “young age” – at least by sports star years – she used part of her $200 million to fulfill a childhood dream of buying a red Ferrari.

It was even in a childhood letter to herself – along with the advice that rewarding yourself is okay, as long as you’re not doing long-term financial damage.

He might be known for that one particular locker room incident, but his spending is also part of widespread rumors.

This includes landscaping for his home, a crazy-expensive train set, and …. a shark tank …for his pet shark. Yep, you heard that right.