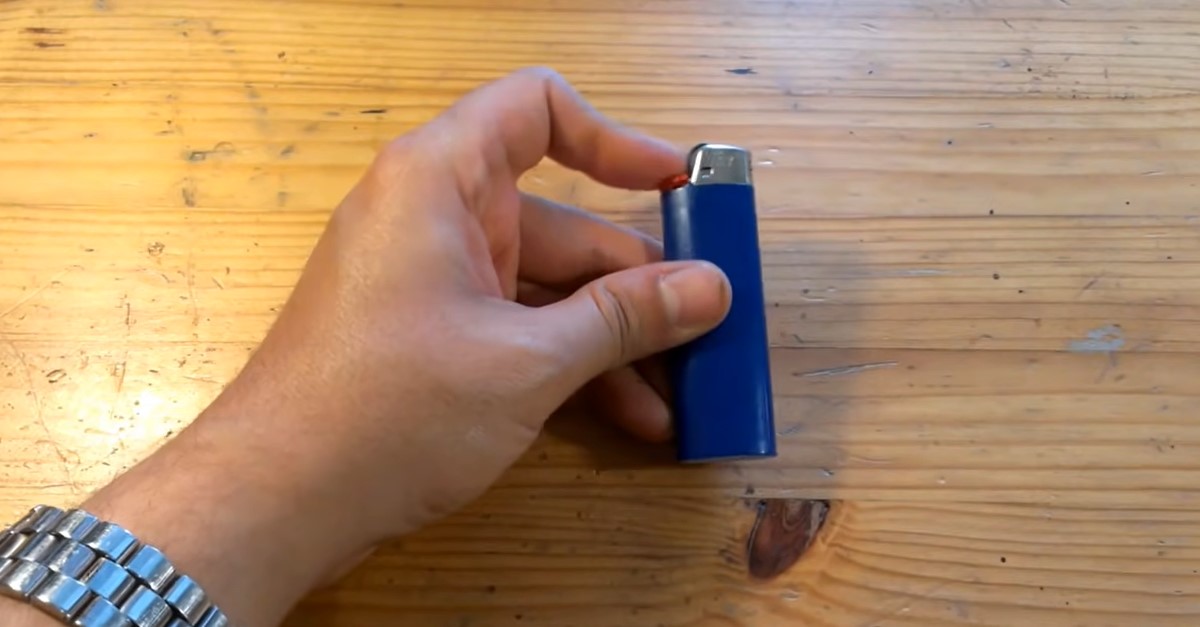 Luckily, some Redditors have shared a few of these products that they believe are the most reliable. These mass-produced products suit their function perfectly.

Matches are underappreciated because people don’t really understand how complex a match and striker are. Something that always blows my mind is the first match was invented in 1826. The first lighter was invented in 1823, 3 years prior to the match.

I’ve been a plumber for 20 years, and very little has changed or needed to. Minimal upkeep, cheap and easy repair, very long life, and they use nothing more than gravity to reliably flush.

They don’t use power at all. And if you’ve ever used a poorly engineered toilet, you really learn to appreciate the well-engineered ones.

Zip ties – such a simple piece of plastic but so versatile. I have one of the old-fashioned chain link fences, some of the fasteners on the middle poles broke, and in high winds, the fence was swaying like crazy.

A half dozen zip ties on the three posts, and it doesn’t budge, and nobody even knows they’re there. Even my brother uses them to keep his car together.

BIC lighters are incredibly reliable. You can find one on the ground that’s been outside for months, and they still work. Cheaper disposables break in a million ways, and more expensive refillable lighters will leave you disappointed.

Even other lighters stop working if you store them. But you can always keep a Bic handy and know it’ll work when you need it.

Even the cheapest ball bearings with the loosest tolerances are still made in the 10~50 micron range of tolerance. It only gets better from there. (Abec spec anyways)

The intermodal shipping container, a/k/a the Connex box. There are millions of the damned things all over the world in use every single day. They are stackable, can be locked together, attach readily to ships, truck trailer frames, and rail cars, and can bear enormous loads.

The cost of their manufacture compared to their economic use value over their useful lives is next to nothing.

Soda/beer cans. The design has existed for decades with few changes.

It’s a way of using a relatively small amount of cheap metal to withstand the pressure of carbonated beverages with a reliable opening mechanism.

During the pandemic, I also noticed that some companies stopped using thicker material on the upper ‘ridge’ of the can, probably due to supply shortages. They instead used a sort of stepped system that appeared to be almost as strong.

I worked in a factory in the mid-’90s that had machines with electric motors that had run less than 16 hours a day, five days a week, since 1943. Electric motors are amazing.

They were running hydraulic pumps that had been replaced dozens of times during that time, but still the same electric motors.

Rumble strips. On the shoulders and in the center. I’m sure they’ve saved my Dad’s life many times over. Fun story about them – the inventor was an English man named Percy Shaw.

He was alleged to be inspired when driving home from the pub one night. His headlights reflected off a cat’s eyes, causing him to correct his course and stay on the road.

I’m a certified master-watchmaker. I restore 18th & 19th-century pocket watches. Have always appreciated the quartz movement despite the fact that it wiped out 99% of the watchmaking jobs.

If you need a watch for accuracy, get a quartz movement. It’ll be more accurate than a $10,000 mechanical movement.

For real, there was this tiny, metal handheld pencil sharpener I got from a penciling set I needed for Art class, and let me tell you. It was fucking amazing! I just put the pencil in and twisted it a little bit, and it was sharpened to near perfection.

All this and it barely weighed more than the pencil itself, and it was the same size as one of those Monopoly player pieces. Shame I lost it, though, because most of the hand-cranked pencil sharpeners in my high school barely worked, and most of the teachers lacked an electric one.

Glass bottles. Let’s melt this rock into a clear, brittle material and turn it into what? Windows? Decorations? Screens? No, we’re making pressure vessels, baby!

Glass in general. There is a Museum of Glass in Corning, NY. It’s pretty interesting, and there are some very old pieces there with information on some of the ancient glass-making techniques.

The basic design has existed for over 150 years. The retail shipping industry runs on cardboard boxes.

I saw a video of someone taking apart a lithium energizer battery the other day (I wouldn’t recommend trying this at home). And it looked like cotton balls and folded foil, just all jammed together.

Like I find that it’s incredible. Someone actually figured out how to harness so much energy in something that doesn’t look very impressive.