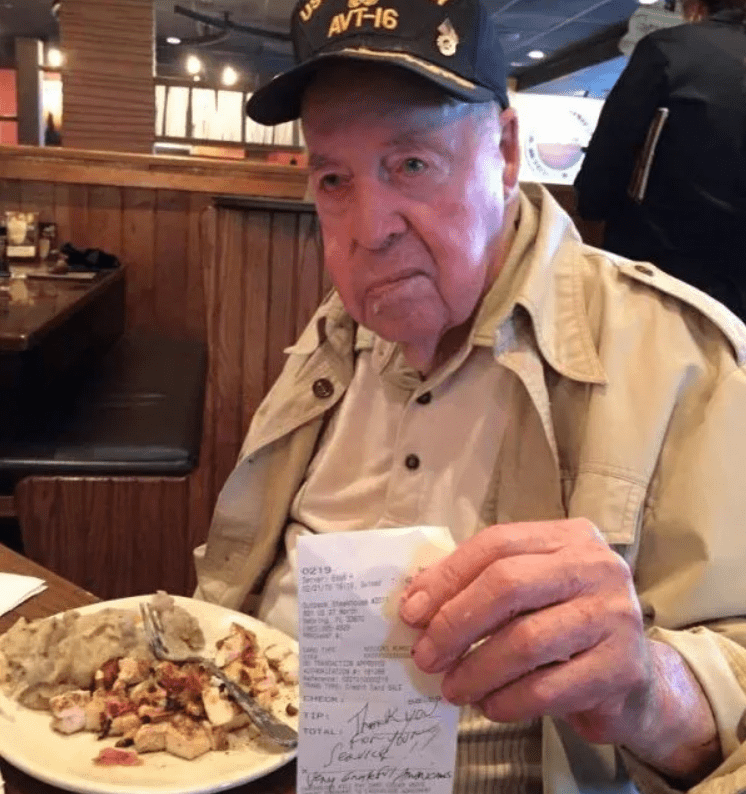 She glanced at the table in the corner, searching for his familiar face, and her heart skipped a beat. The table that had been occupied by him for seven years was empty for the second morning in a row.

The first day of his absence was strange in itself, but now on the second day, she couldn’t shake the feeling that something wasn’t right. 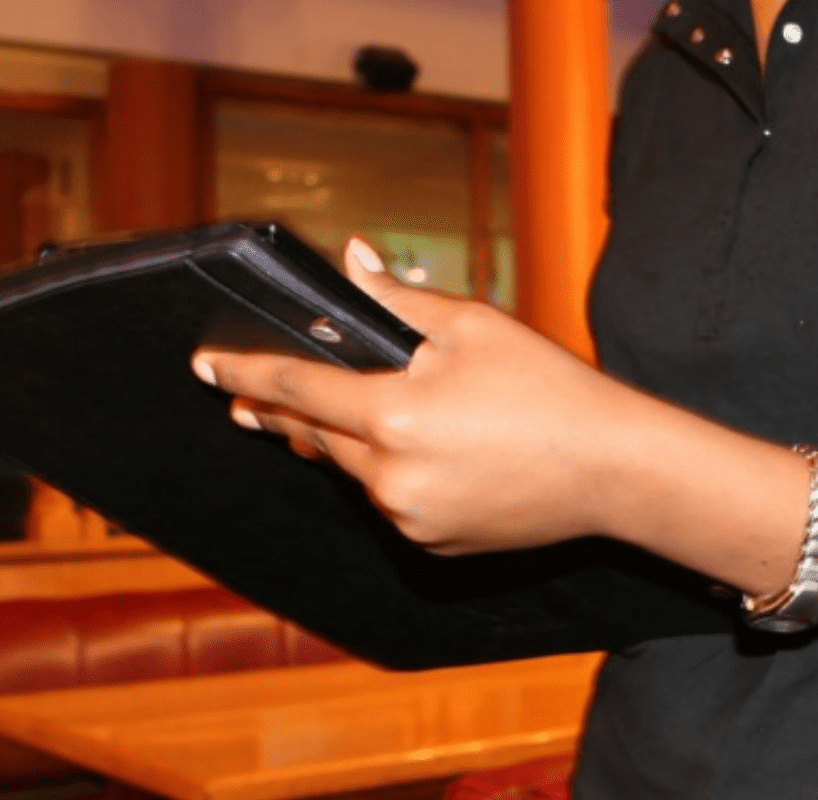 Melina Salazar had been a waitress at Luby’s in Brownsville, Texas, for over seven years. Although waiting on tables can be tiring, she always put a friendly smile on her face and resolved to give her patrons the best service possible.

During her first week on the job, she began to notice that the eatery had some regular customers. And one man, in particular, had quite a reputation among the servers. 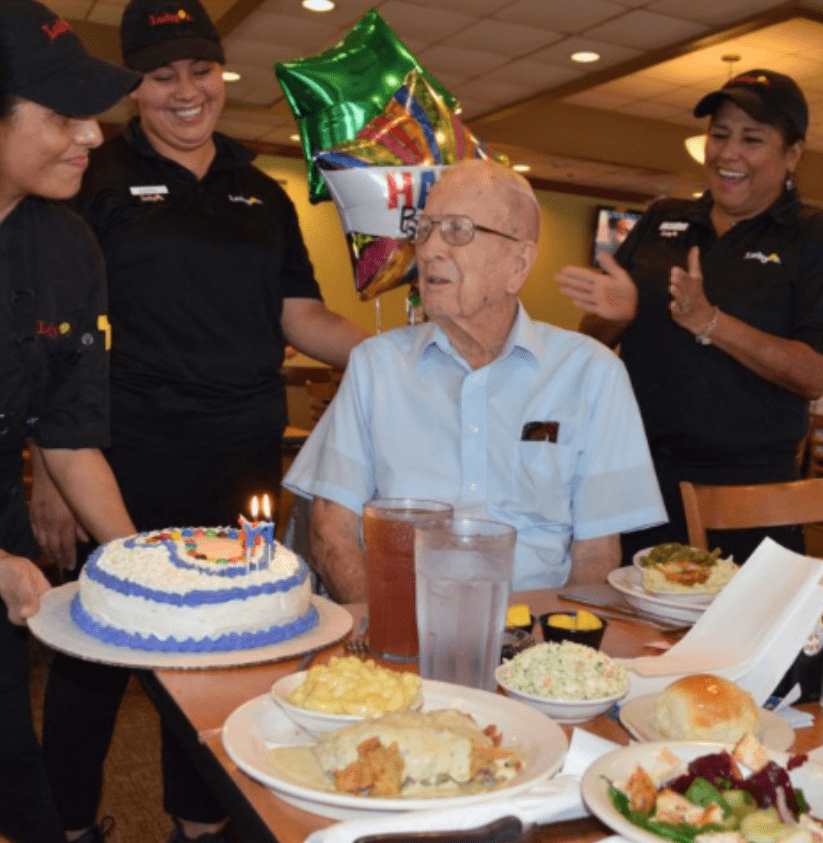 The elderly gentleman was an 89-year-old veteran by the name of Walter “Buck” Swords, and he had made a habit of grabbing a bite to eat at Luby’s every single day.

When Melina, still training, was assigned his table during her first week, it was nothing short of a baptism by fire. You see, Walter Swords was considered by the staff at Luby’s to be an exceptionally difficult customer. 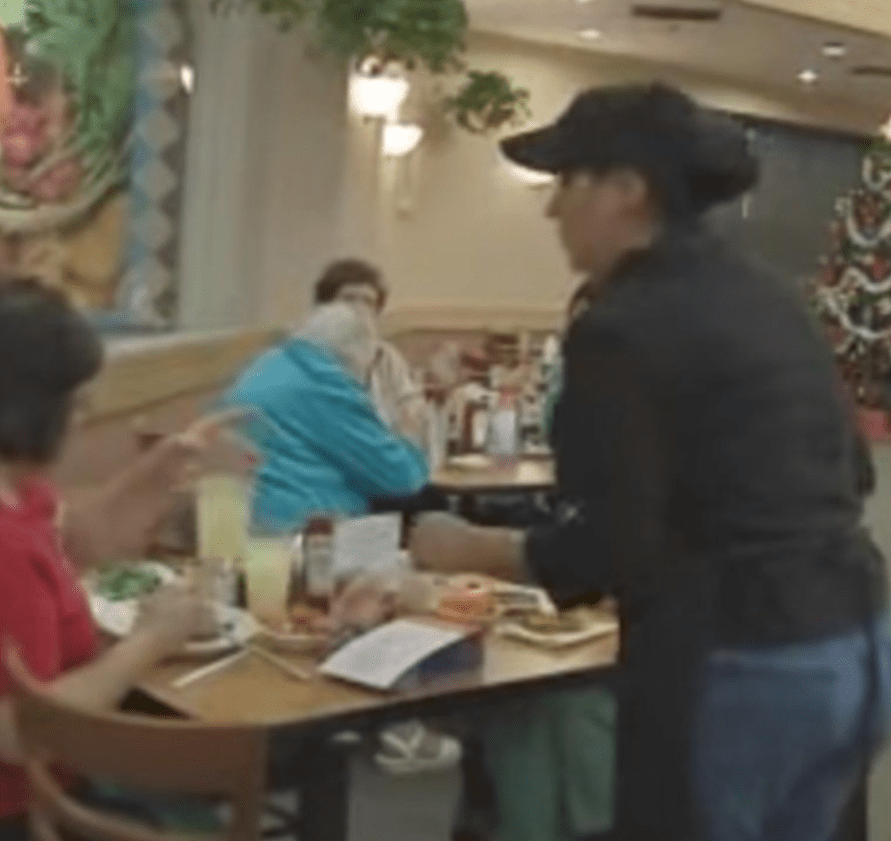 Melina was nervous as she approached, but she kept her head high and smiled. She resolved to treat Walter like any other customer and was determined to make an effort, despite his reputation.

Melina was the kind of person who always maintained a positive attitude and tried to see the best in everyone, but she was about to be tested to the limit.

It turned out that Walter was known for being short-tempered and rather rude to the restaurant staff. He was also demanding, impatient, and cranky – in short, a nightmare customer for any server.

At first, Melina was taken aback when demanded that his food arrived piping hot. He snapped that he didn’t care if it burnt his mouth, that was the way he wanted it. 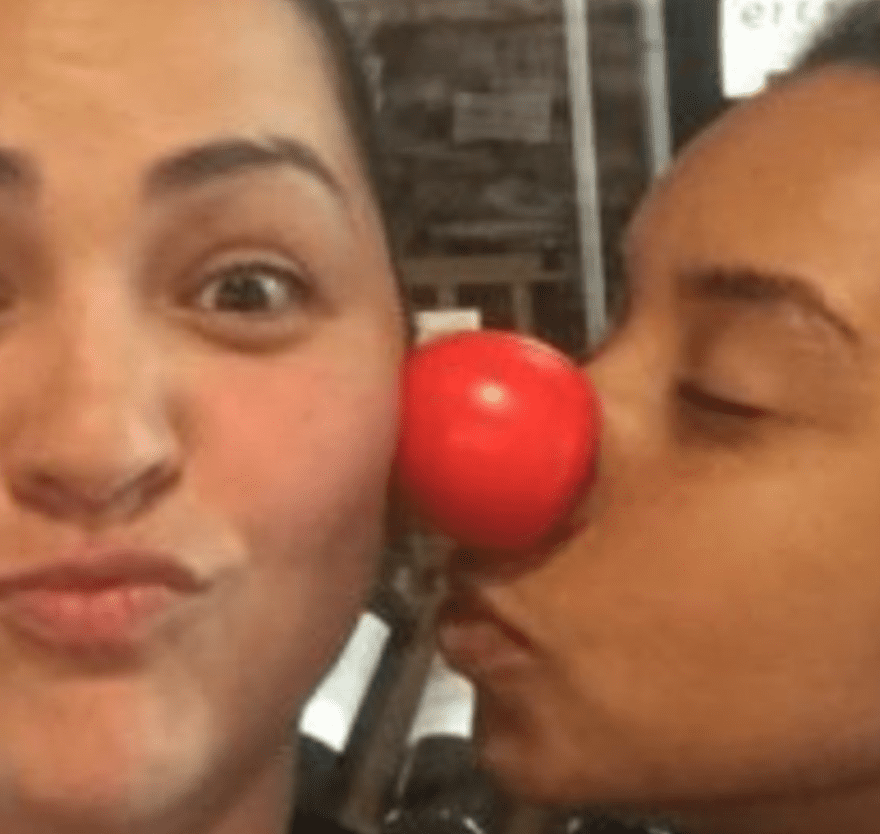 So began Melina’s tenuous relationship with her cranky customer, and it continued for seven years. Melina was determined to make an effort, despite Walter’s reputation. His behavior was so bad that he would even swear at her when he was feeling particularly cranky, but she put on a brave face every morning and made the best of her situation.

She always greeted him with a bright smile and a friendly “how you doin’ today?” And her efforts didn’t go unnoticed. 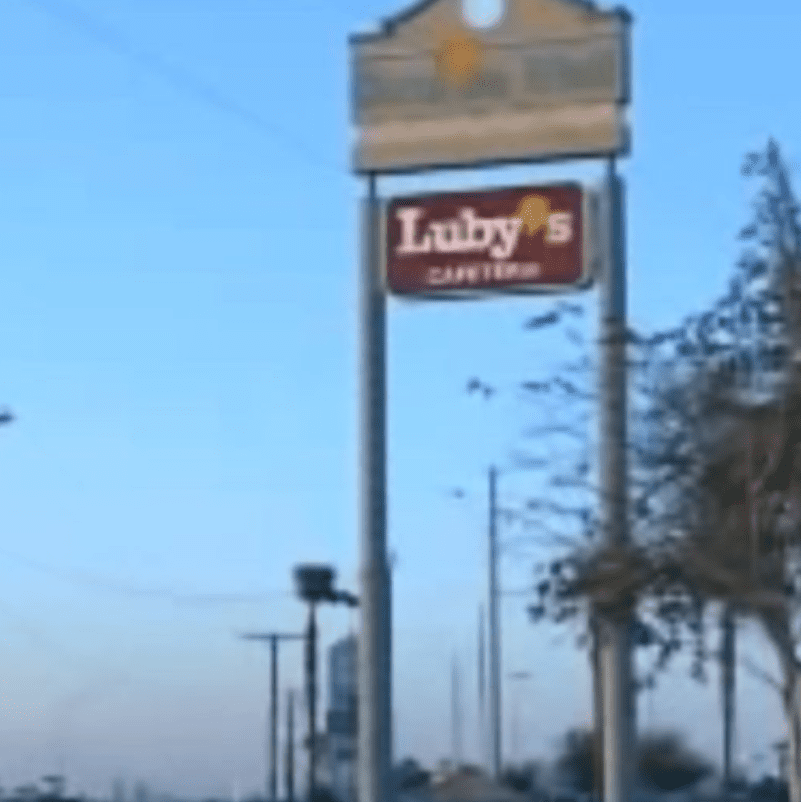 One fateful day, Melina was surprised to see that her regular wasn’t sitting at his usual table. Although the pair didn’t have what anyone would consider a good relationship,

Melina had grown fond of the cranky old man in her own way. He had almost become a permanent fixture in her life at Luby’s. So, when he stopped coming in to eat, Melina wondered why. 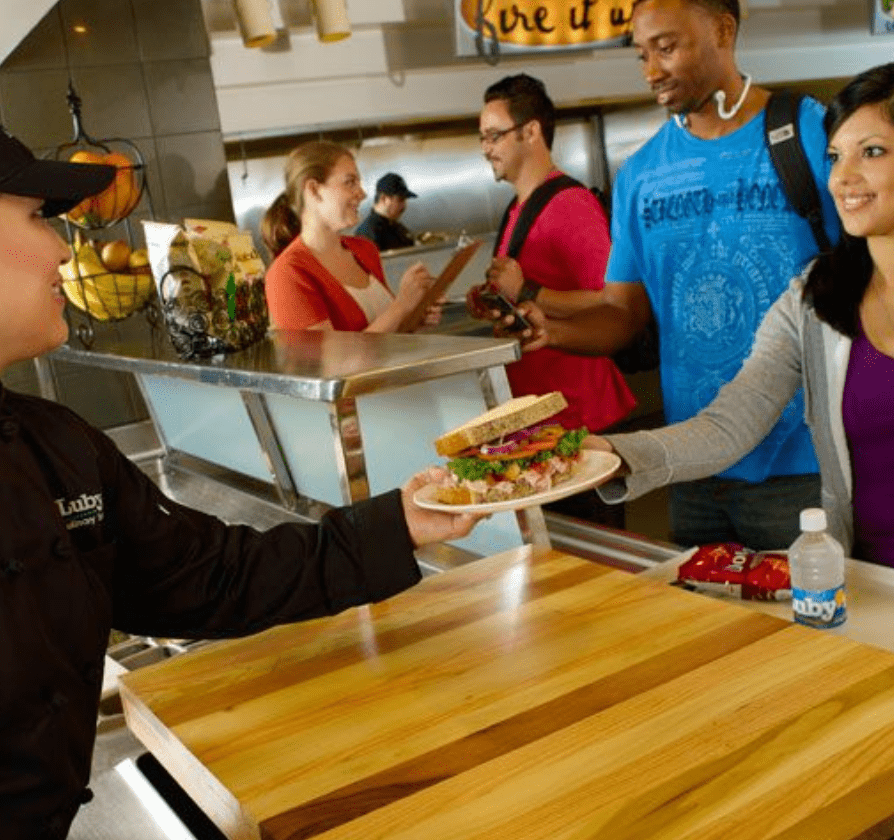 On the second and third day, there was still no sign of Walter. Melina started to worry that something had happened to him, but she didn’t know where he lived or who his relatives were, so she couldn’t inquire further.

Still, the nagging worry remained in the back of her mind, and she found herself thinking about her cranky customer even after she had ended her shift. Was he okay? Had something happened to him? 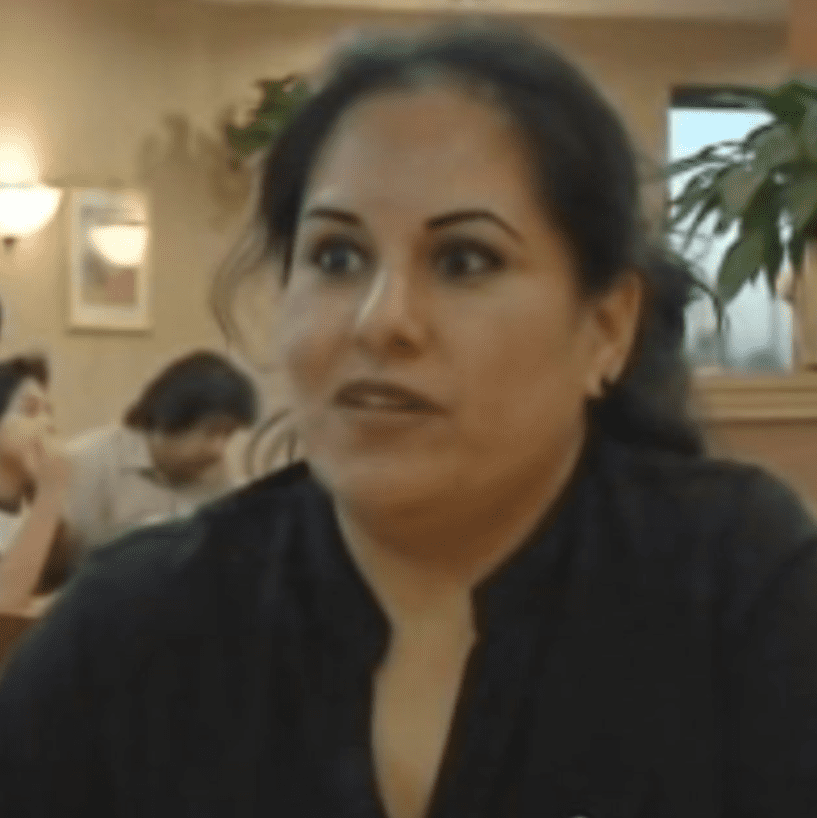 A few days later, Melina found herself glancing at Walter’s usual table again, hoping to see his familiar face. But the table was empty.

She walked to the back of the restaurant and began flipping through the local paper as she waited for her shift to start. On the back page, she saw something that broke her heart. 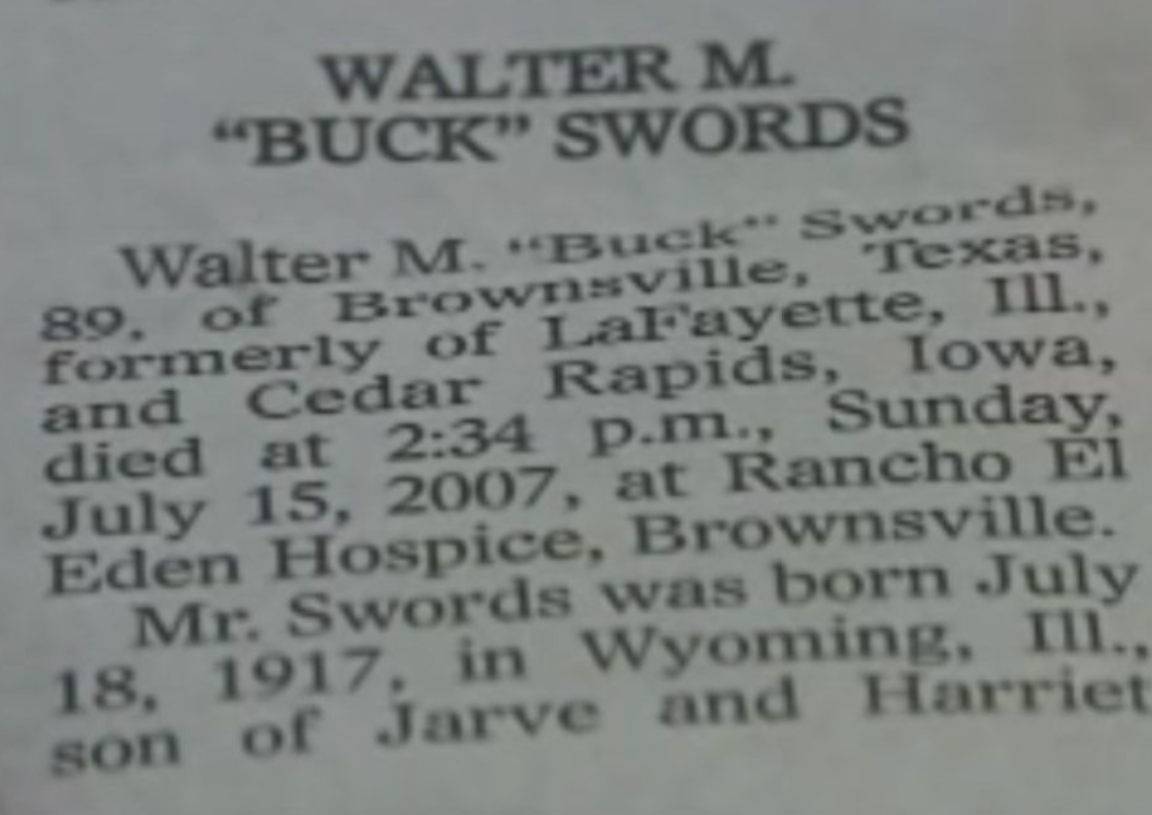 It was the answer to her question, there in black and white. In the obituary section of the paper, Melina was dismayed to see Walter’s name printed there. The heading read: Walter M. “Buck” Swords, 89, of Brownsville, Texas.”

Melina’s eyes filled with tears at the thought of never seeing him again, but life would go on. She waited on tables with a heavy heart that day, but she had no idea what was still to come. 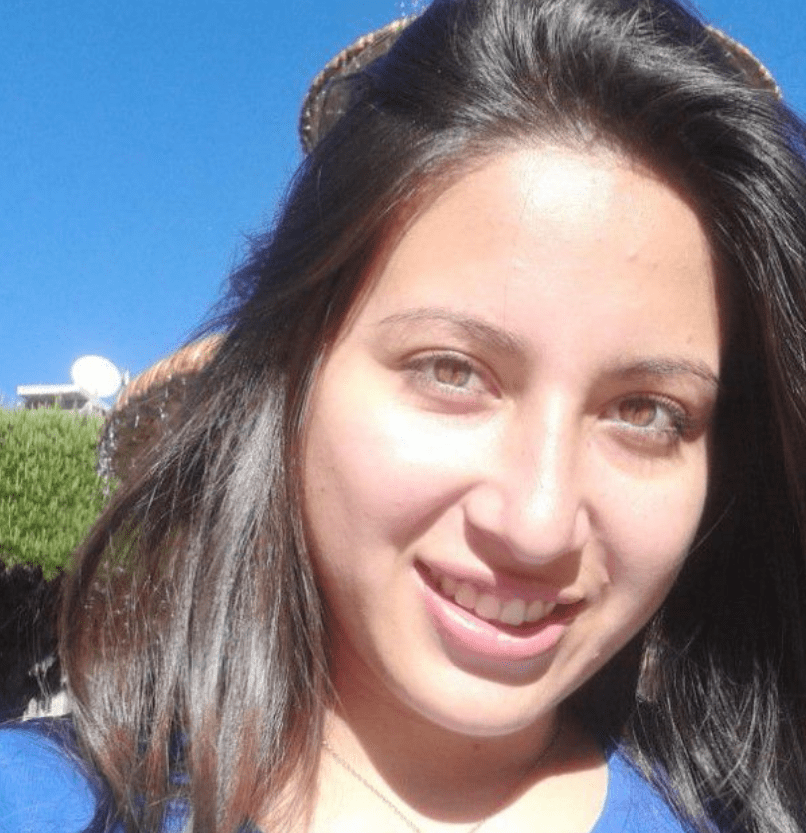 Melina had handled her favorite crabby customer carefully and with patience for all those years. After all, she knew that although he was rude to her, he had been through a lot in life.

The least she could do was be kind to him while he was at Luby’s. But she never imagined that Walter had taken notice of her efforts.

What It Meant To Him 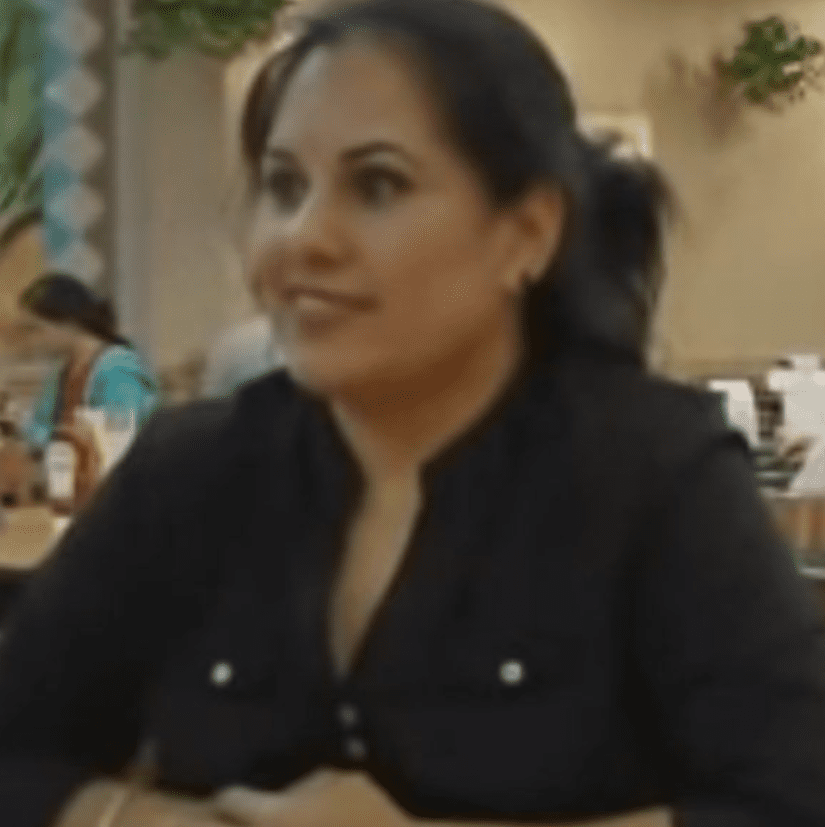 Unbeknown to Melina, the grumpy man had appreciated her efforts and a friendly smile every morning. He had served his country during WWII and then had started two successful trucking businesses in the following years.

But Melina had no idea just what her service had meant to him. A few days before Christmas, Melina got the call that changed her life. 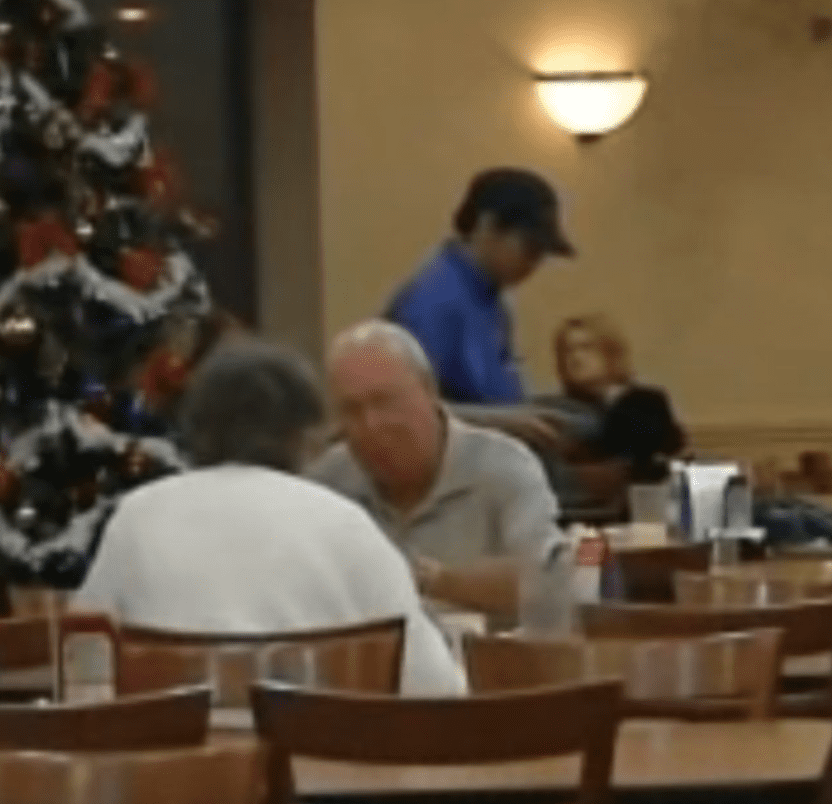 It was a seemingly ordinary day, and everyone was gearing up for the Christmas holidays. Melina was going about her job as usual. Suddenly, the phone rang – someone wanted to speak with her.

Imagine Melina’s surprise when she found out that Walter “Buck” Swords had left something for her in his last will and testament! 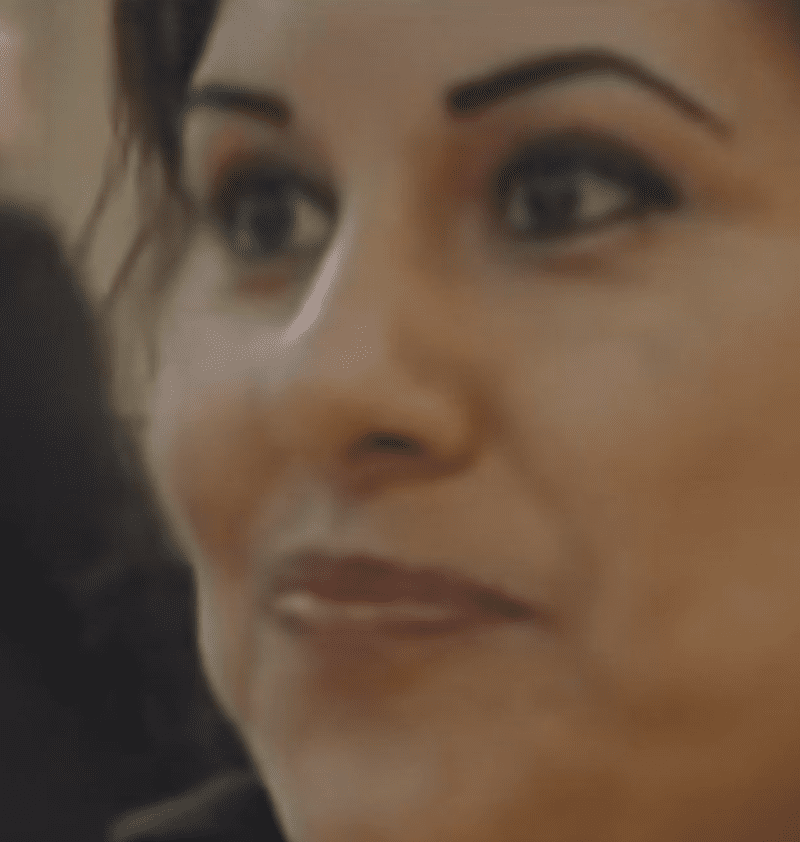 Walter had mentioned Melina by name in his will, and wanted to leave her a token of his gratitude for putting up with his demands for all those years – he must have known that he wasn’t the easiest customer.

Needless to say, Melina was totally overwhelmed when she heard what the cranky man had left her.

A Large Amount Of Money 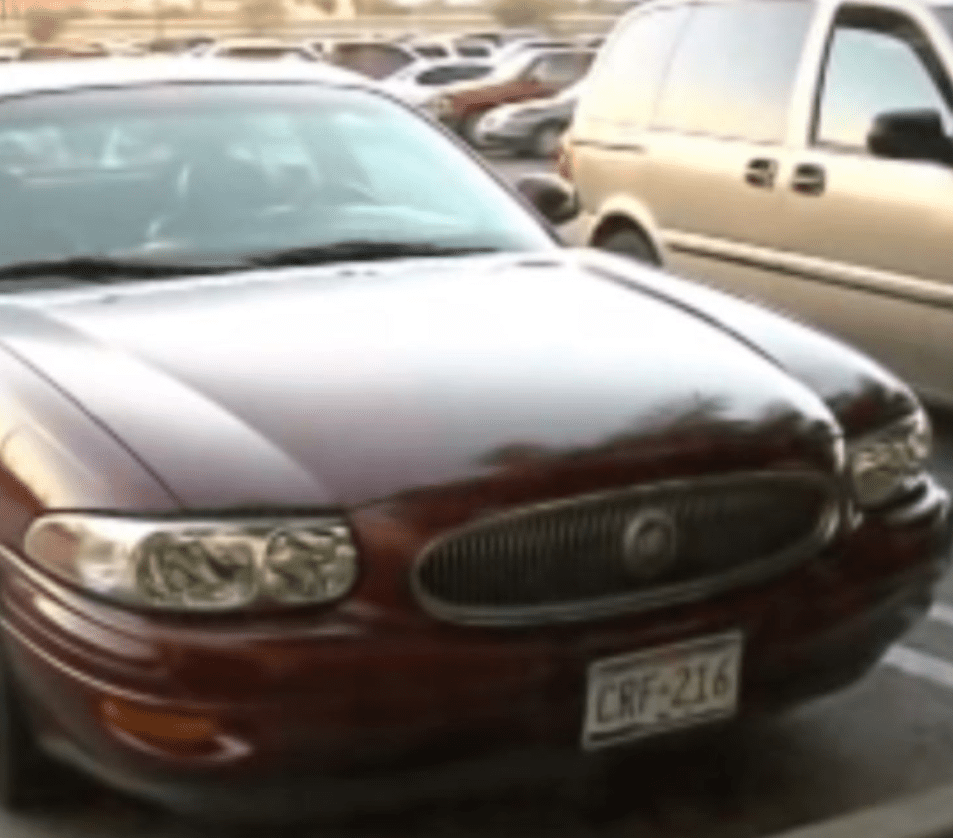 The lawyers told her that Walter had left her a staggering amount of money — $50,000 to be exact. And not only that, but he had also bequeathed his favorite waitress his car – a 2000 Buick.

Melina had never dreamed of having such a large sum of money. She could finally pursue her lifelong dream of going to chef school. All her kindness had paid off in the most astonishing turn of events. 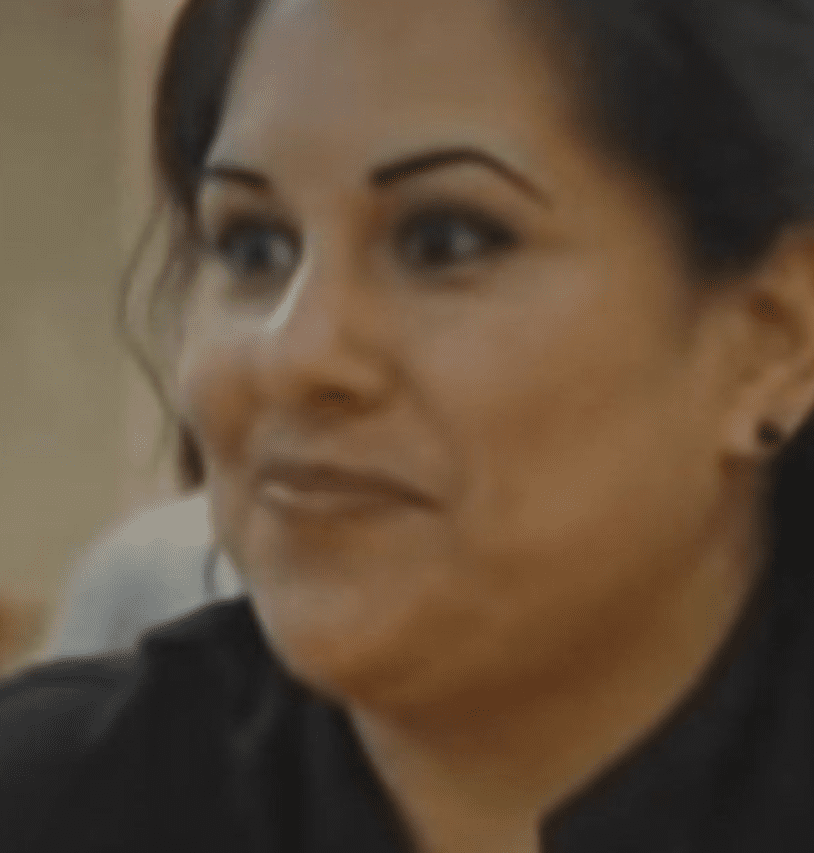 But most of all, Melina was overjoyed to know that she had made such an impact on Walter’s life, and despite his behavior, he had appreciated her patience and care to always serve him like she would any other regular customer.

And she had obviously impressed the elderly gentleman, although he had never shown it. 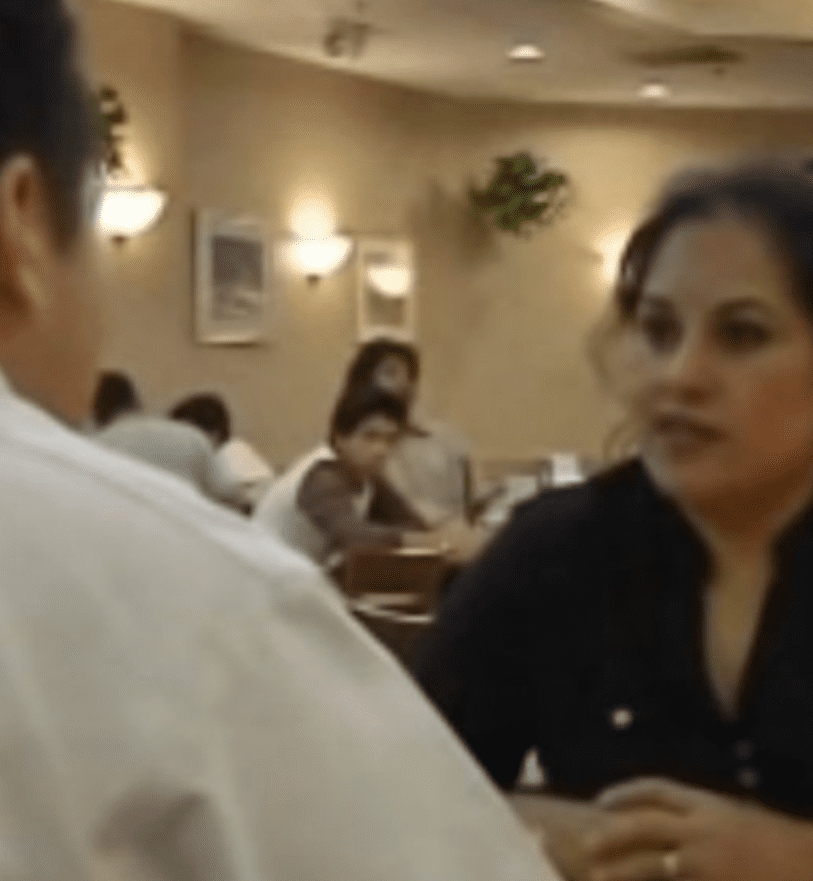 Soon, Melina’s story of compassion and a wholly unexpected reward from the most unlikely customer had spread across America. People simply couldn’t get enough of the story because it is proof that always being kind does pay off, even if the road is difficult and hard to bear.

Local news stations picked up on the story, and Melina had a chance to tell it on national television. 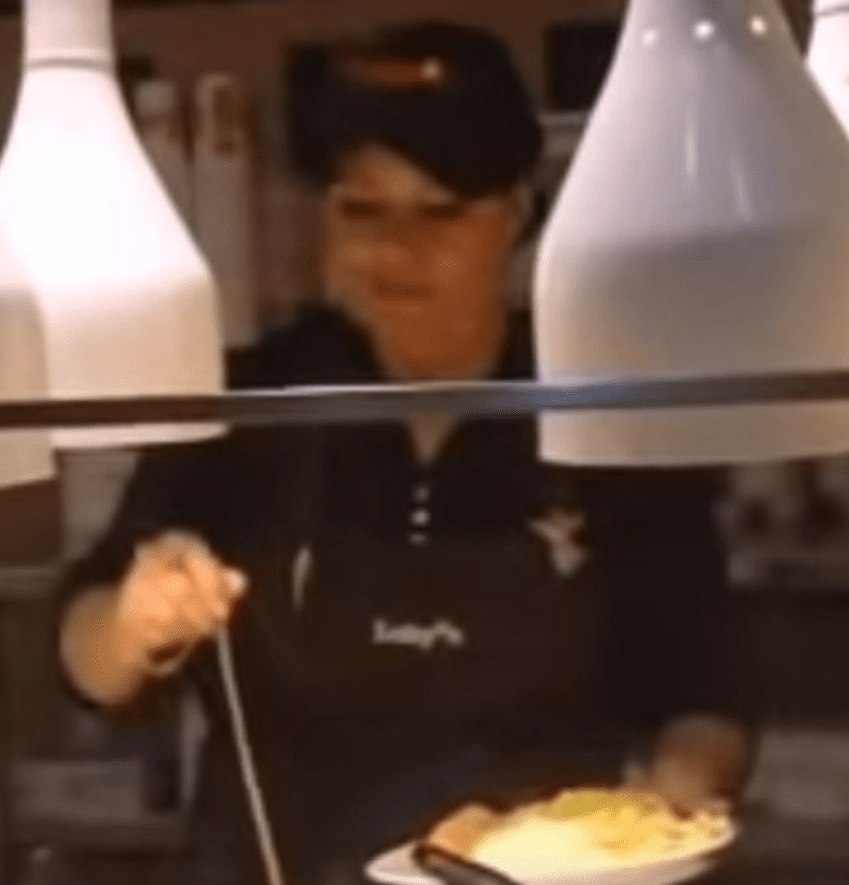 Melina told KGBT-TV that Walter had been “very mean” to her when she served him and that he always wanted things “his way.”

She had simply done her job and had tried to please him by making sure she always got his order right, just the way he wanted it. She never lost her temper or got offended by his cussing. 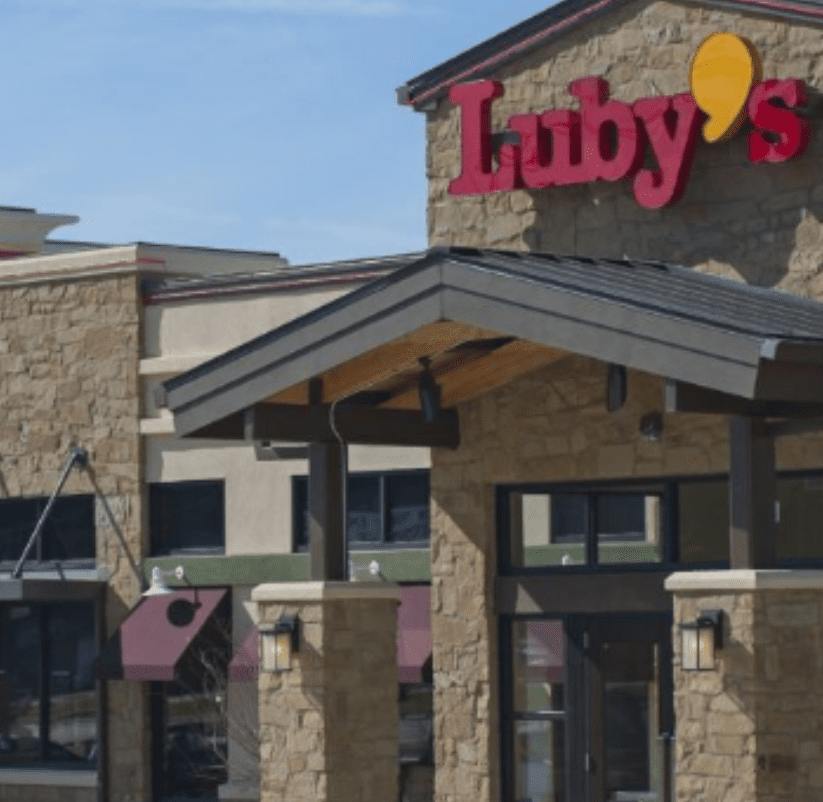 Melina didn’t divulge whether she would continue to waitress at Luby’s after her unexpected windfall, but she did share some important advice for her fellow servers if they happen to come across a particularly difficult customer as she had.

And her words ring loud and true for most situations in everyday life, too. 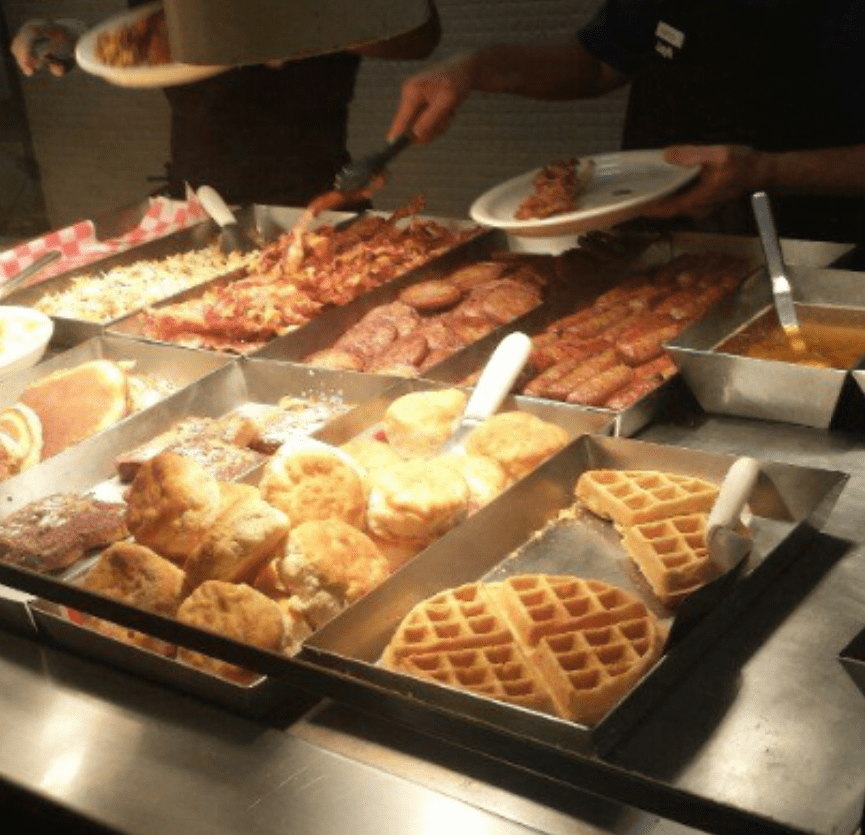 “I just hope that all the waitresses out there have patience with their customers. Sometimes they cuss to you but just ignore them. Just smile. Be nice,” Melina said during an interview.

Her patience and compassion had earned Walter’s respect in the end. She never did any of it for the reward, but she was rewarded in the most unimaginable way! 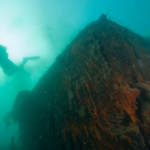