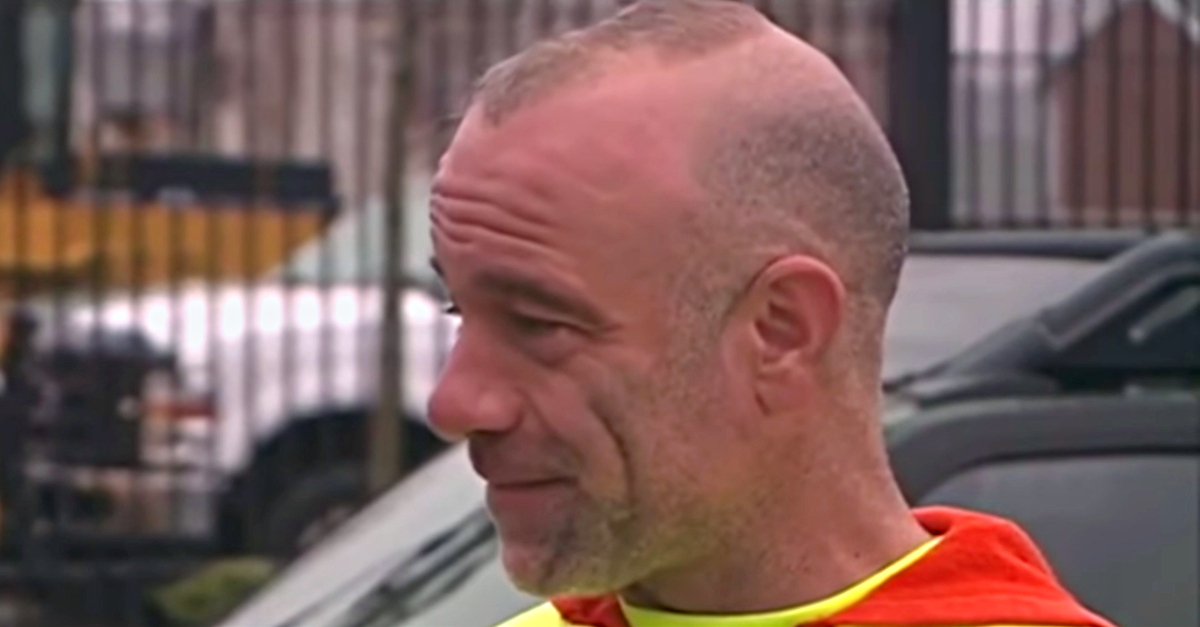 She screamed as the man grabbed her purse and ran away from her, feeling helpless in the situation that was unfolding.

Luckily there was someone right behind him with the military training to help her when she needed him most.

Browsing down the isles of Walmart, an unsuspecting New Hampshire woman was just finishing up her shopping. She had everything on her list and atop the groceries and garments sat her very widely open handbag.

She should have known better.

The Blink Of An Eye

In the blink of an eye, she saw a hand reach in and nab her purse straight out of her bag. It happened so quickly that she was stunned but still managed to let out a shout for help.

“Stop him, he has my wallet,” Rhonda Healey yelled to the full store.

She tried to make her way around her shopping cart to pursue the youth wearing a black hoodie.

But he was making off quickly with all her money, cards, and every other important thing that her purse contained.

It was probably only a second since her scream when a surprising development took place. A man leaped into action. Before the purse snatcher knew what hit him, he was slammed to the ground.

Rhonda was lucky that day. The thug had just encountered an Army vet.

The thief believed that she would be an easy target for him when he noticed Healey’s wallet inside of her wide-open purse in the front of her shopping cart.

However White, an Army Drill Sergeant who just came back from a 9-month deployment in Afghanistan, decided he was going to teach this thug a lesson he would never forget.

“I grabbed him and tossed him to the ground,” Rick White explained. “He tried to hit and grab me. I sat on him until the police came.”

“I brought his arm up and said, ‘give me your other hand or I’ll break this one.’ And he gave me his other hand, and that was it,” White added.

Further describing what went down in the Walmart aisle that day, White explained, “I put him in a wrist lock and put him in an arm-bar and when I did that, it took the fight right out of him.”

The veteran, who works part-time as a bouncer at a Manchester bar, was happy he could help return the woman’s wallet to her.