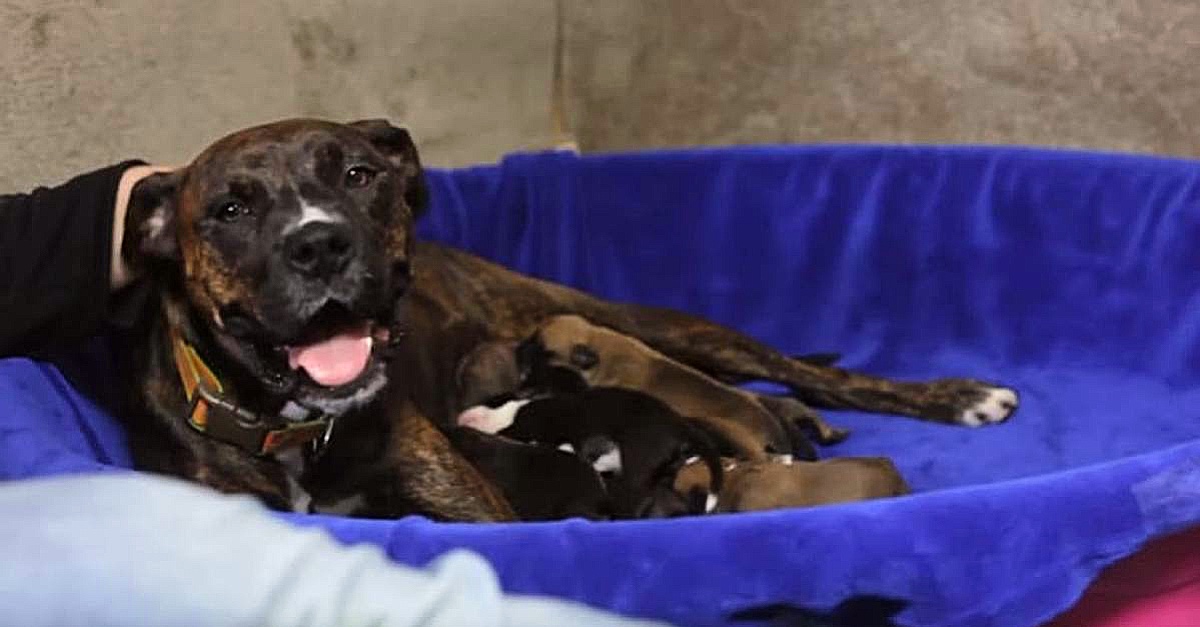 She was shaking when they found her, the shelter had tried everything but she still refused to give birth. They wondered what the problem was, it was clearly something no one had seen before.

They still took pity on the animal and decided to adopt her even in her state. Her stomach was massive, they were nervous about the transition into their home. When would she give birth or would she even?

“Just one” Mariela said. They already had 10 dogs and her husband wouldn’t be impressed if she couldn’t decide. She just loved dogs so much she’d adopt an entire shelter if she could.

They had difficult choice ahead of them, they needed to go to the right shelter and find the right animal that would fit into their family, they didn’t know they’d find someone in much need of adoption. 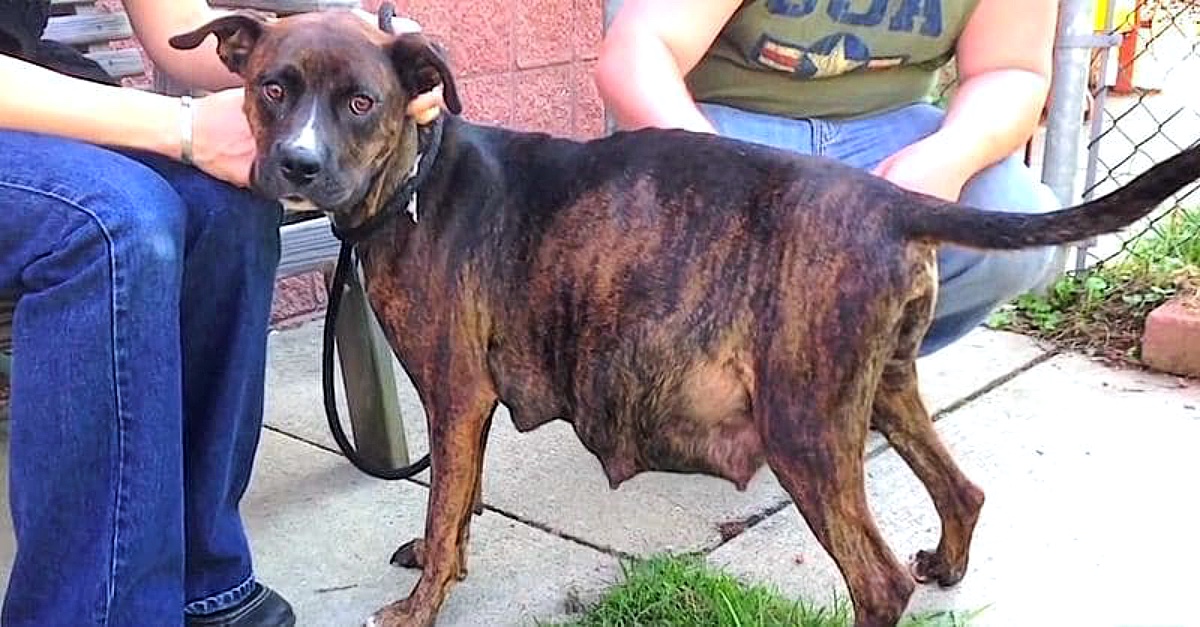 Mariela and Chris had been looking for a dog to adopt for a long time, so they did their research and decided they’d find a shelter dog. The first shelter they visited they found something incredible.

There was a neglected pitbull who was clearly pregnant, but something wasn’t quite right. Her stomach was huge. What was wrong with her? 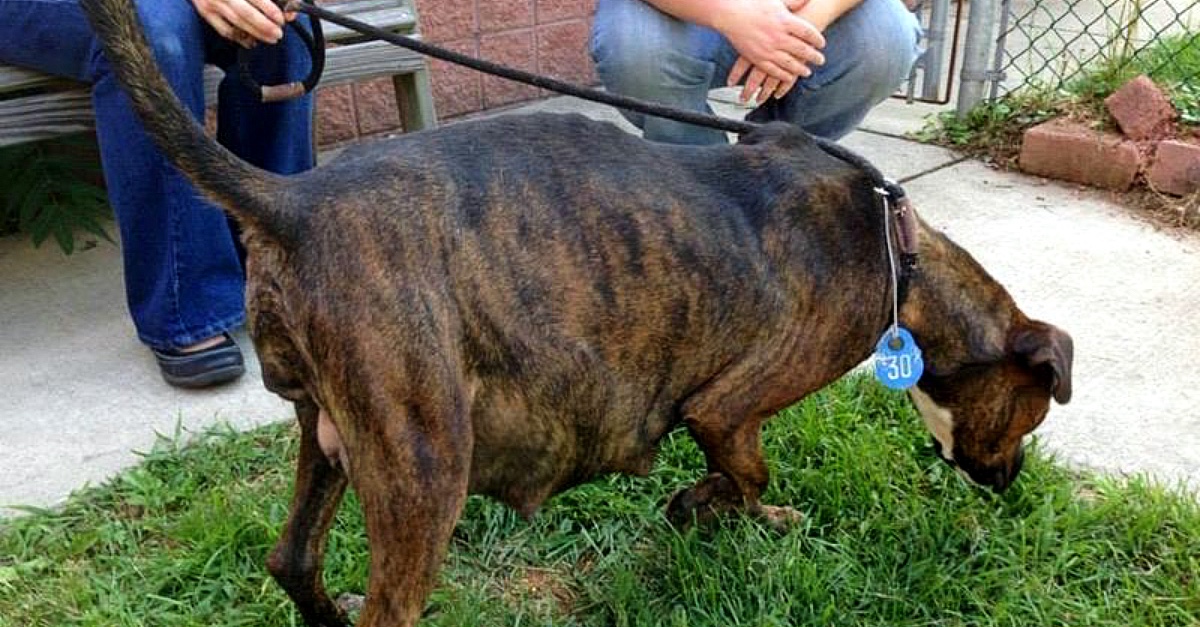 Once home, the pit bull was in a less stressful environment and it seemed to help her out a lot. It turns out that she was carrying 18 puppies!

Once she was adjusted at home she successfully gave birth and Mariela and Chris had a lot of new additions to their family! 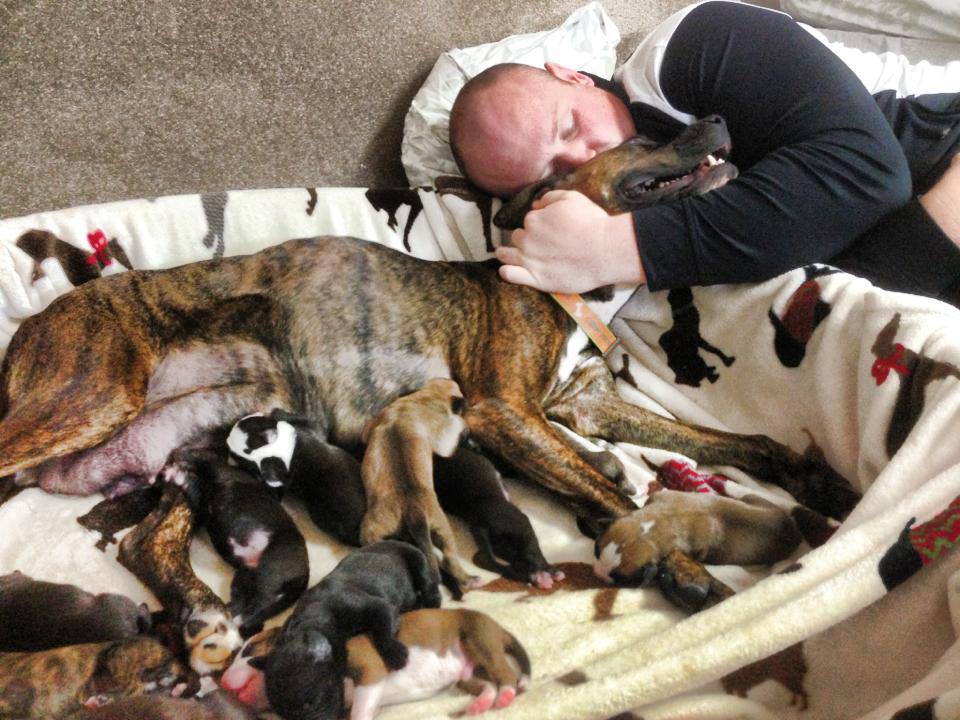 Because of what Mariela and Chris did a dog and all of its puppies found a home. The shelters also need to be thanked for taking care of unloved animals.

It doesn’t take much to help out animals in need, if you can’t adopt then maybe consider fostering. And if fostering wouldn’t work either maybe donate something small, even an old blanket can make the difference.