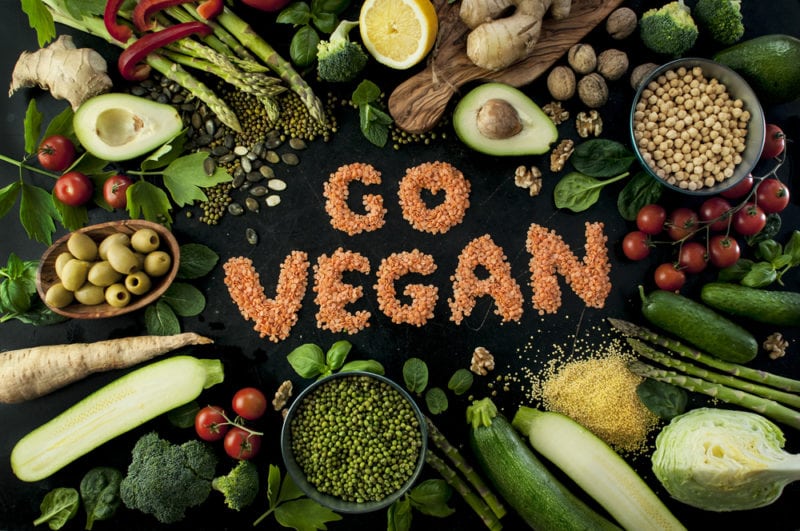 Vegan diet and the celebrities who are praising it, is all the talk right now. A vegan lifestyle can give you an assortment of health benefits. Many celebrities not only preach a vegan lifestyle in the food that they eat, but also in the clothing that they wear. In short, there are a number of familiar celebrities that have chosen to lead vegan lives and I bet you had no idea who they were.

Beyoncé announced in 2018 that she was going to go vegan. She invited her fans to join her. Partnering up with her husband, Jay Z for a 22 day challenge. They came up with the 22 day challenge after studying up on some psychologists’ theory that it takes 21 days to make or break a habit. Her vegan diet gained notoriety when she showed up glowing and looking toned at her Grammy performance. She told the world, “We all have a responsibility to stand up for our health and the health of the planet.”

Zac Efron has been experimenting with eating a purely vegan diet. He says that it has totally changed the way that his body works and how he metabolizes food. Even his sleep has changed for the better. Giving his body’s physique credit to his vegan lifestyle, “It’s been brilliant. It’s been great for my exercise, and great for my routine,” he told Teen Vogue.

Ariana is a firm believer in a full vegan diet. This is because she loves animals more than people. “A whole food diet can expand your life and make you a happier person,” she says. On Ariana’s Snapchat, she often shares what she enjoys eating. She’s told her fans that baked sweet potatoes sprinkled with cinnamon is an absolute must-try! She also swears by whole oats with almond milk, topped with blueberries and almonds for a satisfying, clean breakfast.

Miley Cyrus is a super vegan! She has made it her mission to follow a complete vegan lifestyle. Therefore, all food and fashion are completely vegan. Usually, she will step out in vegan leather mini skirts, faux fur coats, and cruelty-free thigh high boots. On Instagram, her posts are usually full of vegan meals and how important it is to respect animals. PETA has called her the, “veganest vegan to ever vegan.”

Simon Cowell cut out all meat, dairy, wheat, sugar, and cut back on beer and cigarettes after a health scare and a firm warning from his doctor. He went vegan and never looked back. Since adopting a vegan diet he has lost a total of 60 pounds and is exercising more than ever.

Actor and activist Woody Harrelson is outspoken about his veganism. Not only is Harrelson vegan, but he champions a raw food diet. Before he turned 24 he used to ear burgers and steaks. He lacked energy and was sluggish. He started with giving up dairy first. Following, he gave up meat, sugar and flour. In Zombieland, in which he plays a character with an affinity for Twinkies, the Twinkies were replaced with vegan faux-Twinkies made from cornmeal.

Alicia Silverstone credits her relief from asthma, acne, insomnia and constipation with a vegan diet. Initially, she adopted a the diet for animal-rights reasons. Overall, she felt so much better. She claims that this way of eating has transformed her inside and out. She even wrote a book, “The Kind Diet,” suggesting that meat eaters be kinder.

Natalie Portman told Harpers Bazaar: “I’m vegan, so I generally have a very clean diet; I usually have oatmeal or avocado toast in the morning.” Shockingly, she has been a vegan since she was a child! It all started because she loved animals. It made sense to her to not eat meat. While pregnant, she did stop her vegan diet. She is now back on it in with her children as well.

In 2018, Ellen Pompeo transitioned her whole family to veganism. This was because she read her doctors book, Breasts: The Owner’s Manual,” by Dr. Funk. The book suggests that a vegan diet can help avoid breast cancer. Also, Pompeo said that her decision to go plant-based was based on not just for its health benefits, but also for its far-reaching impact for the Earth.

Mayim Bialik is best known for her role in, “The Big Bang Theory.” She even has a vegan cookbook called, “Mayim’s Vegan Table.” Since the age of 19, she became a vegetarian. Finalizing the change to a full vegan, after she read the book, “Eating Animals.”

An autoimmune disease made Venus realize that it was time to make a change in her eating. She wanted to keep her performance on the court though. She started eating a raw vegan diet and fell in love with the concept of feeding her body the best possible way. Since her 2011 diet change, she has left the raw diet but, but has continued to eat a vegan diet since.