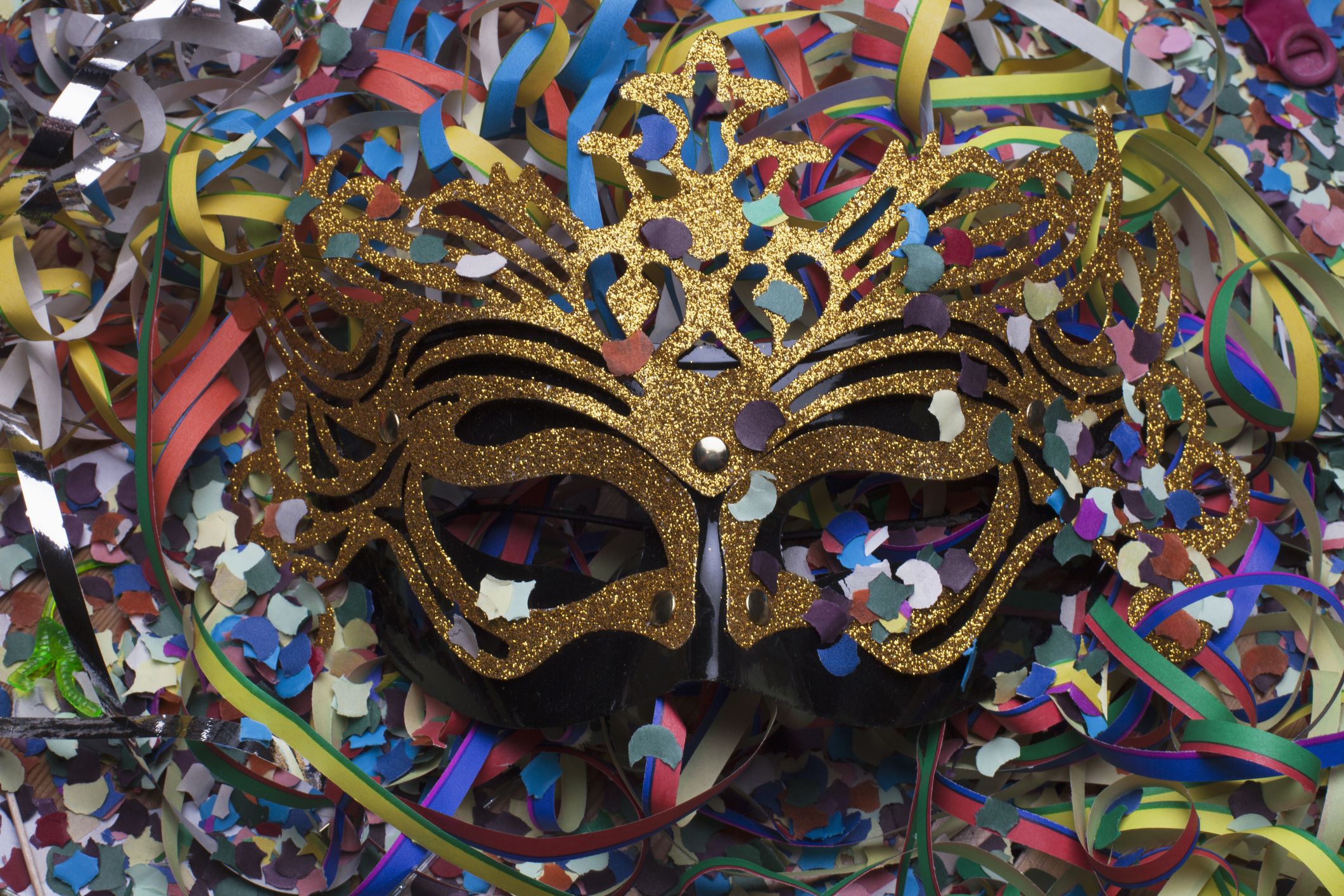 One major thing to note about Mardi Gras is that the biggest U.S. celebration before the beginning of Lent takes place in a city filled with magic: New Orleans, Louisiana. Believed to be the most haunted city in America, New Orleans boasts a plethora of witches and Wiccans who flock to the city every year to practice their magical art, learn from the best, and thrive in a dark and brooding party scene.

But the magic doesn’t just exist in the Big Easy. In fact, there are aspects of NOLA’s party in several other cities that also host incredible bashes in February to commemorate the occasion. We’ve got five alternative trips for you to consider, all of which you can book right now.

One of the most fabulous Mardi Gras celebrations in the country actually happens slightly off center from the middle of the map, in St. Louis, Miss. The official parade route winds through the Soulard district – an enclave established by the French some 250 years ago – and displays more than 100 floats down city streets. And in case you’re looking for something to do with your pet, the weekend plays host to the most incredible pet parade you may have ever seen, boasting thousands of furry participants with more than 70,000 human owners.

If you’re not already tempted to stop by “The Gateway to The West,” i.e., the St. Louis Arch, don’t dismiss the city for being a flyover because there is so much to do. The St. Louis Zoo is one of the most sought-after in the Midwest. Recognized as one of the top in the world in the last decade, topping this list just last year, it’s located in the heart of the expansive greenery of Forest Park, which is a sight to behold in itself as the nation’s largest urban park. In fact, if you take the time to meander around the park – which is just a hop, skip and a jump away from the official Mardi Gras festivities – you will find the Norman K. Probstein Golf Course if you’re interested in practicing your swing, the stunning beauty of Art Hill and the Saint Louis Art Museum, the Boeing Aviation Fields which plays host to softball diamonds after a life as a landing field, James S. McDonnell Planetarium to learn about the stars, and bodies of water that might be forming beautiful, glittering crystals this time of year.

Hop over to the downtown area to take a tour at the Anheuser-Busch Brewery, stock up on your magic supplies at Mystic Valley or get your palm read at Mercury & Moonstone, enjoy the intricacies of City Museum – recently voted No. 1 museum in the world and feels a little magical when you’re roaming around it – and binge on the amazing fried ravioli at several tasty restaurants, including Big Daddy’s Bar & Grill.

If you’re looking for something a little less traditional, it might be time to hit up Seattle, Wash. Well known for breaking out in riots around their Mardi Gras celebrations in 2001, the city has quieted down a bit when it comes to Shrove Tuesday celebrations. There is a Mardi Gras & Music Festival that happens the weekend before, boasting a local pub crawl and plenty of live music. You can also snag a ticket to board the Mardi Gras Masquerade Party Cruise.

But while you’re there, stop into Unicorn or its sister storefront Narwhal, which are two incredible, off-the-wall bars that serve carnival food, magic-themed cocktails, and “retro” experiences like a photo booth and pinball arcade. As many of us know, Pike Place Market is where it’s at if you want to be exposed to a variety of art and culture. Make sure to stop by the original Starbucks and by Rachel the Piggy Bank for photo ops, and take a turn to see the Gum Wall, Market Magic & Novelty Shop and the Pike Place Urban Garden.

If you want to feel the energy of the greats, stop in to Re-Bar – the club where Nirvana hosted their album release party for Nevermind, or The Crocodile – formerly The Crocodile Cafe – which played host to prominent acts like Mudhoney, Nirvana, Pearl Jam, Alice in Chains, and more. Don’t forget to walk down to Reciprocal Recording, where Nirvana and so many others recorded. The Museum of Pop Culture is absolutely insane, and if you intend to make a Seattle visit a trip full of excursions, head just outside the city to visit Jimi Hendrix’s grave in Renton or stay in a treehouse cabin at Treehouse Point.

In San Diego, Calif., there are many neighborhoods celebrating Mardi Gras to some capacity. Though the highly anticipated Carnival of Colors in the Gaslamp Quarter downtown has been paused for 2018 (to continue in 2019), there are still the Gaslamp Mardi Gras Party Hop and San Diego Mardi Gras Masquerade Ball to participate in. While you’re downtown, hop into Werewolf, Polite Provisions, Noble Experiment or the Crack Shack for delectable drink options and quirky menus.

If you don’t mind taking the train or a short car ride outside of downtown proper, the Escondido Chocolate Festival happens around this time every year. Right now through the end of February, you can also visit San Diego-area museums for half-price. This list includes the San Diego Museum of Art, Birch Aquarium, the USS Midway and many more.

We are also big fans of the psychic community in San Diego. Christy Marsh practices spiritual therapy and holistic guidance on a semi-regular basis in the area – and we couldn’t recommend her enough – while The Spiritual Psychic will give you more of that quintessential psychic experience. For a taste of NOLA outside of San Diego’s downtown, Bud’s Louisiana Cafe and Bud and Rob’s New Orleans Bistro are sure to tickle your tastebuds.

If you’re really into the music scene, you can hop down to Austin, Texas, anytime during the year to celebrate Mardi Gras-style. Sixth Street is, of course, famed for being where it’s at, blocked off on a semi-regular basis for people to meander and check out event venues and entertaining parties. Austin hosts an array of cultural celebrations around Shrove Tuesday, including a Slavic Mardi Gras Festival, Cirque du Mardi Gras at the Belmont Hotel, Mardi Gras Gumbo Yaya, and the Camp Lucy Mardi Gras Masquerade. Weekend festivities include a Mardi Gras-themed Smoke Out at Banger’s, Mardi Gras with The Copa Kings, a Paw Parade, and Suds Monkey Valen-Gras.

If you happen to head down around Mardi Gras but can’t hit the parade routes, the French Quarter Grille should tickle your fancy with its fun, NOLA-themed atmosphere. You can have robust, French-inspired eats at Whisler’s, Drink.Well, Capital City Bakery and more. Our most exciting magic experience in the city thus far has been at Sister Temperance, but hit up VooDoo Doughnut, especially if you find yourself downtown when the festivities are ending.

Gulf Shores, Alabama, has been widely recognized as home to a unique Mardi Gras experience. The city is located conveniently on warm Gulf waters, and plays host to an array of family-friendly events and parades leading up to Shrove Tuesday. The weekend before is also the Mystical Order of Mirams Parade and Mystics of Pleasure Parade among others. You can continue the madness at the Orange Beach Parade, and be sure to check out the boat parade, courtesy of Lulu’s.

While Psychic Cecelia is one of the top rated in the area, make sure to really revel in the magic of the coastline with a leisurely stroll at the Rosemary Dunes Trails, Rattlesnake Ridge, Gator Lake Trail, and many other fun and easily accessible areas for some fresh air finds.

Looking to take your Mardi Gras/Carnival celebrating overseas? Dive into these Top 5 Cities in Spain to Celebrate Carnival!