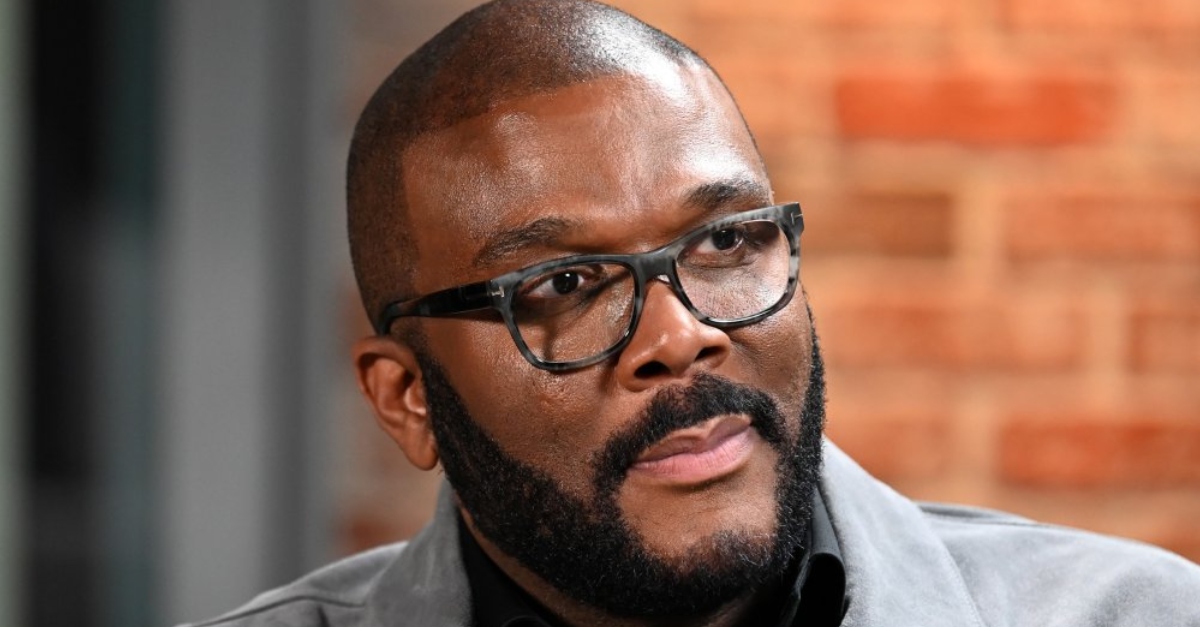 Tyler Perry is known around the world for playing the character “Madea”. However, many people may not be aware that he is also a hugely successful writer, director, producer, and businessman too.

Perry has always been a little on the private side and this has caused a lot of rumors to circulate around his personal life. In early 2022, the rumor mill began churning out a new dose of intrigue when stories began to emerge that Perry was now married.

Perry might play lovable and hilarious characters like Madea but his success in Hollywood is no laughing matter.  While not many people might take him as an A-list celebrity, he was actually named the “highest paid man in entertainment” by Forbes magazine.

In fact, Perry is actually a billionaire. Given the vast amount of success he has attained, people are more impressed by it since he struggled through a very difficult childhood to get there.

Perry has publically spoken about his troubled past. Once people learn the kind of tribulations he’s suffered in life, it makes his success and achievements that much more remarkable.

In particular, Perry was candid about the painful abuse that he suffered at the hands of his father and others. According to Perry, his success in spite of this is due to one special person.

Willie Maxine Perry passed away more than a decade ago. While she was still alive, Perry was quick to credit her role in his life and cites the fact that she took him to church every week as a strong influence.

The theological influence in his life has been apparent throughout Perry’s movies so it’s easy to see the link. However, Perry also credits his mother in another major way. He has confirmed that his mother was the inspiration behind his most famous character, Madea. So how has Perry fared in his personal life?

When Perry and supermodel Tyra Banks were spotted eating out together a couple of times back in 20006, people began to wonder if the pair were an item. The rumors were denied and both sides and nothing seemed to come of it.

When the rumors died, people began to wonder about Perry’s relationship status. This soon changed when things started up with Tasha.

Tasha Smith is an actress that has worked with Perry a few times. She has appeared in his movies and the pair were soon the subject of many rumors.

This time the rumors were true and Smith did confirm that they dated for a while. However, Tasha famously compared her relationship with Perry to being like one with an “uncle”. Her controversial comments didn’t stop there.

Not only did Tasha taint Perry’s image by saying he behaved like “an uncle” but also made even more controversial allegations against him.

According to Smith, Perry was never interested in being intimate and this fueled a lot of rumors about his personal life. The speculation didn’t end there and there were soon many saucy rumors about Perry.

Tasha’s comments about Perry and his own relative lack of transparency with relationships caused much speculation. Pretty soon there were all kinds of rumors surrounding him.

Some simply questioned his dating preferences and questioned whether he was straight while others were more outlandish. From Perry’s side, it seemed that he just preferred being a private person. The question of whether or not he enjoyed intimacy was conclusively put to bed in 2014.

What made the news more intriguing was that Perry was actually dating an Ethiopian model named Gelila Bekele. He also announced that they were having a baby together.

The announcement silenced many of the rumors. Perry and Bekele did go on to have a gorgeous little boy together and the couple seemed to be going strong for many years.

Perry looked to have finally settled down. However, the rumors suddenly sparked up again. Now there was a different question on everyone’s lips. Was he actually married?

Two years on and just as fans can’t get enough of his movies and TV shows, the same is true with speculation over his marital status. From early 2022, people have again been wondering, is Tyler Perry married? So, what’s the truth?

At the time of this article, it seems that all the new rumors about Tyler Perry being married, or even having a new partner, are unequivocally false. Nothing has been confirmed on that front by either Perry himself or any reliable sources.

Once again, if Perry does indeed have a partner, he’s chosen to keep that part of his private life, private indeed. So why did these rumors spark up again?

Life In The Tabloids

The world has always found it difficult to separate truth from fiction when it comes to celebrities. With such massive followings and intrigue around them, the personal lives of celebrities have always been fodder for the tabloids.

Since the age of social media, viral news, and fake news, this problem has only worsened. We know the rumors are false, but what exactly was being said about Perry that started them?

All the recent interest and speculation that Perry is married seems to have come about as a by-product of one particular rumor. It started off with allegations that he had jetted off to some exotic location and secretly married an unknown partner there.

There has of course been no conclusive proof of any such thing occurring so for now, once again, we must conclude that Tyler Perry is definitely not married.

With accolades and armfuls of awards behind him, close friends and business associates like Oprah Winfrey, and billions to his name, it’s hard to imagine what more Tyler Perry can achieve.

Perry certainly is a multi-talented and enigmatic entertainer with a desire, drive, and business acumen like no other. Until his relationship status is truly confirmed, for now, we’ll just keep focusing on his unique kind of genius instead.